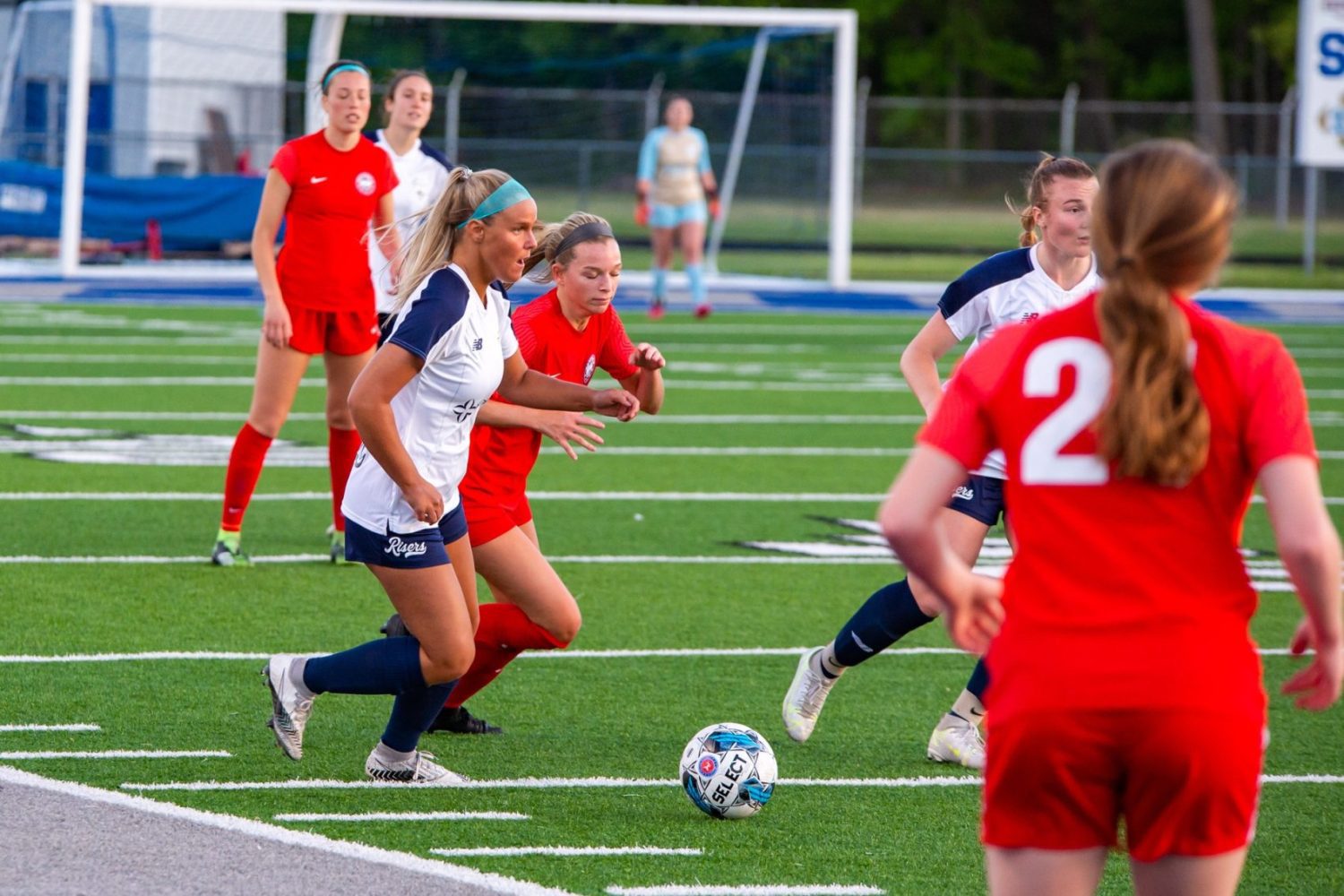 The Muskegon Risers women’s soccer team is continuing to learn tough lessons on the field this season.

Lessons that are key for building a women’s soccer culture on the lakeshore in the Muskegon Risers’ program.

Muskegon fell behind in the first 12 minutes as Corktown’s Olivia Thomas netted the first of her three goals.

Corktown outshot Muskegon 15-2 in the game and controlled the play throughout the match. 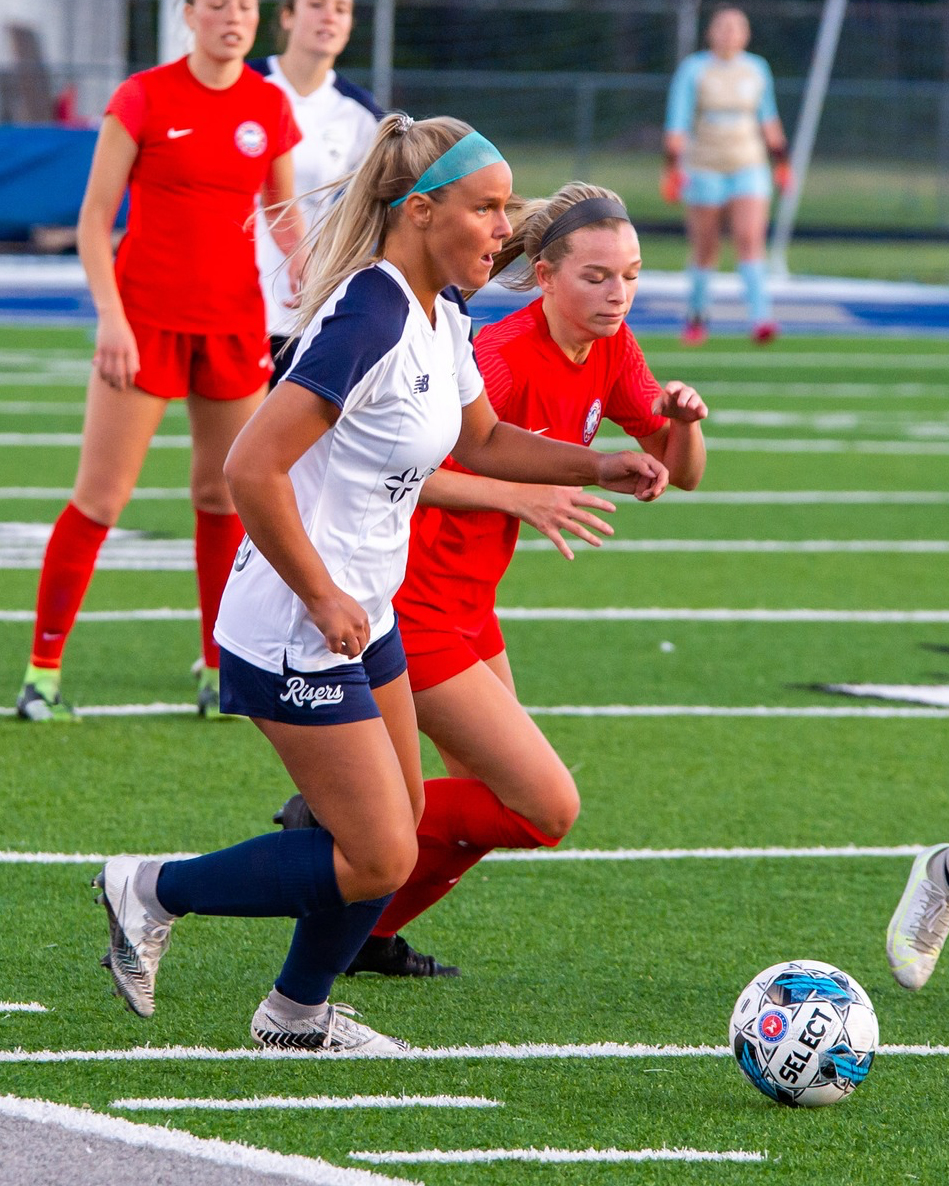 “We had a realistic mindset coming in to work on the little things we can control because we knew Corktown is competitive with all the other teams in our conference,” said Risers Coach Debbie Pekel, whose team is now 0-5 in the GL Division. “The little things that translate to being competitive still were not translating for us today.”

The Risers are taking their lumps this season with losses of 3-0, 7-1, 7-1 and 8-0. But Pekel and the Risers’ organization understand they are building a women’s soccer culture in Muskegon, similar to what the Risers men have done.

“We might take those unlucky falls, lopsided score lines, but it’s to build the culture we need to build,” said Pekel regarding the progress of the Risers program. “It’s good to be able to show them what we are doing by using the example of the Risers men’s squad and what it is doing and where it came from.”

The Risers men are currently 4-0 and ranked No. 1 in the National Premier Soccer League, a feat that took the program nearly 10 years to accomplish.

Muskegon struggled to control Corktown’s Thomas as she attacked the net at will on Sunday.

“It’s hard when we face competitors like Olivia,” said Pekel. “We work on not giving them space and not letting them get behind us defensively, but there were times where we lost focus for a second and she (Thomas) is a player who is able to make things happen very quickly.”

A bright spot for the Risers this season has been the presence of local North Muskegon High School graduates and current college players, Sophia Mueller and Emily Olsen. 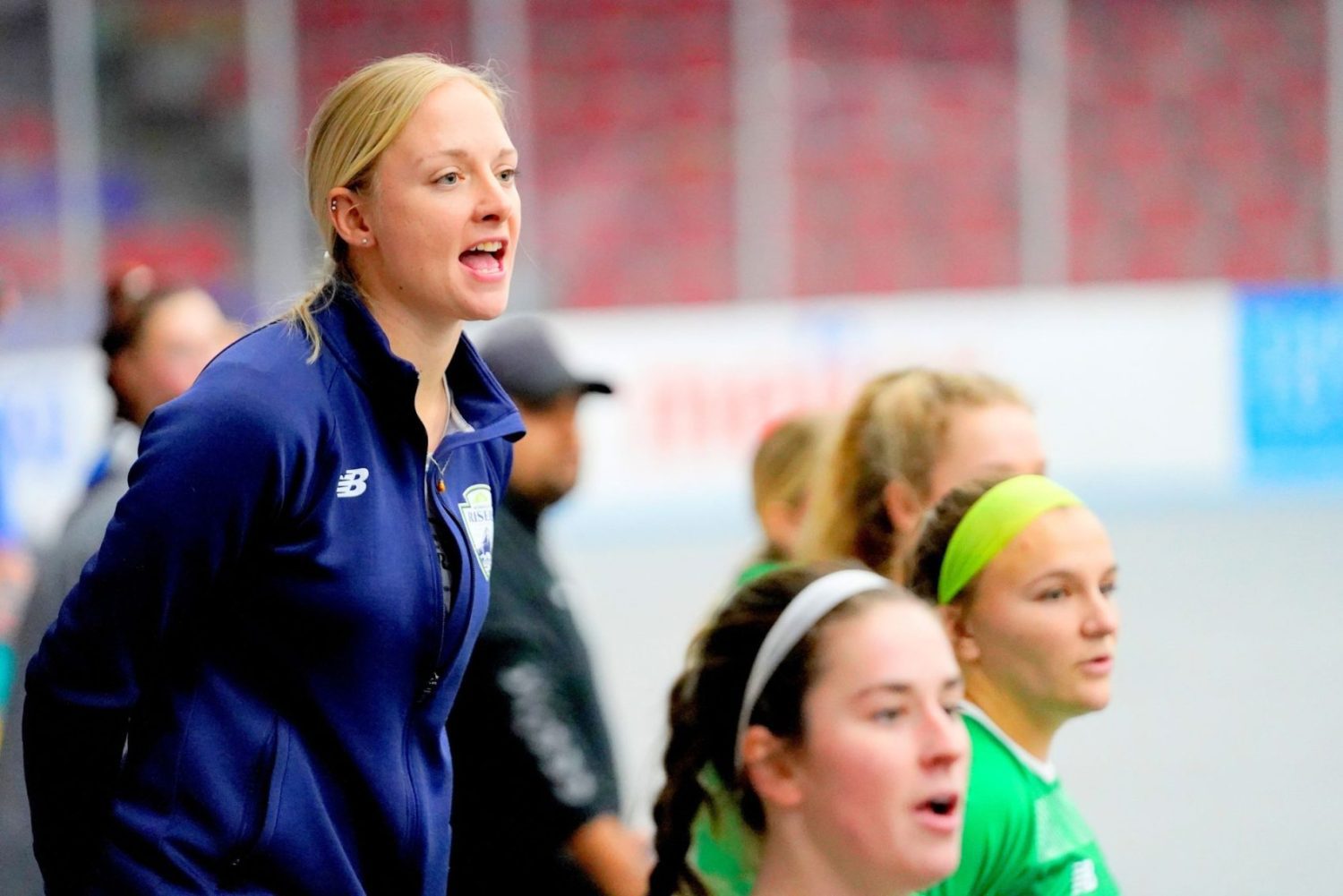 “I know they are both hungry to do well and improve for their college programs,” said Pekel. “They were looking for a summer opportunity and we had connections for them to try out for the Risers and they have been great pieces of us.”

Mueller finished her second season at Calvin University with 16 goals and nine assists while Olson tallied three goals in her first season for Aquinas College.

“You can’t take a break, if you take a break you set yourself back,” said Olson. “I love playing on turf here at our home field at Oakridge and it’s only a 15-minute drive and I don’t have to travel so far for such a cool opportunity.”

Olson’s local connection is still fresh on her mind as she was a member of North Muskegon’s 2021 girls soccer state title.

With the Norse still alive in the state tournament, Olson offered her former teammates sound advice in their matchup against Kalamazoo Christian.

“Play your heart out, because after that 90 minutes is done, that’s all you have,” messaged Olson to her North Muskegon friends, “It felt so good to win a state title and have that ring on your finger.”

The Risers continue their season next home game on Friday against Cap City.

Check out photos from Sunday’s game shot by Jason Goorman. 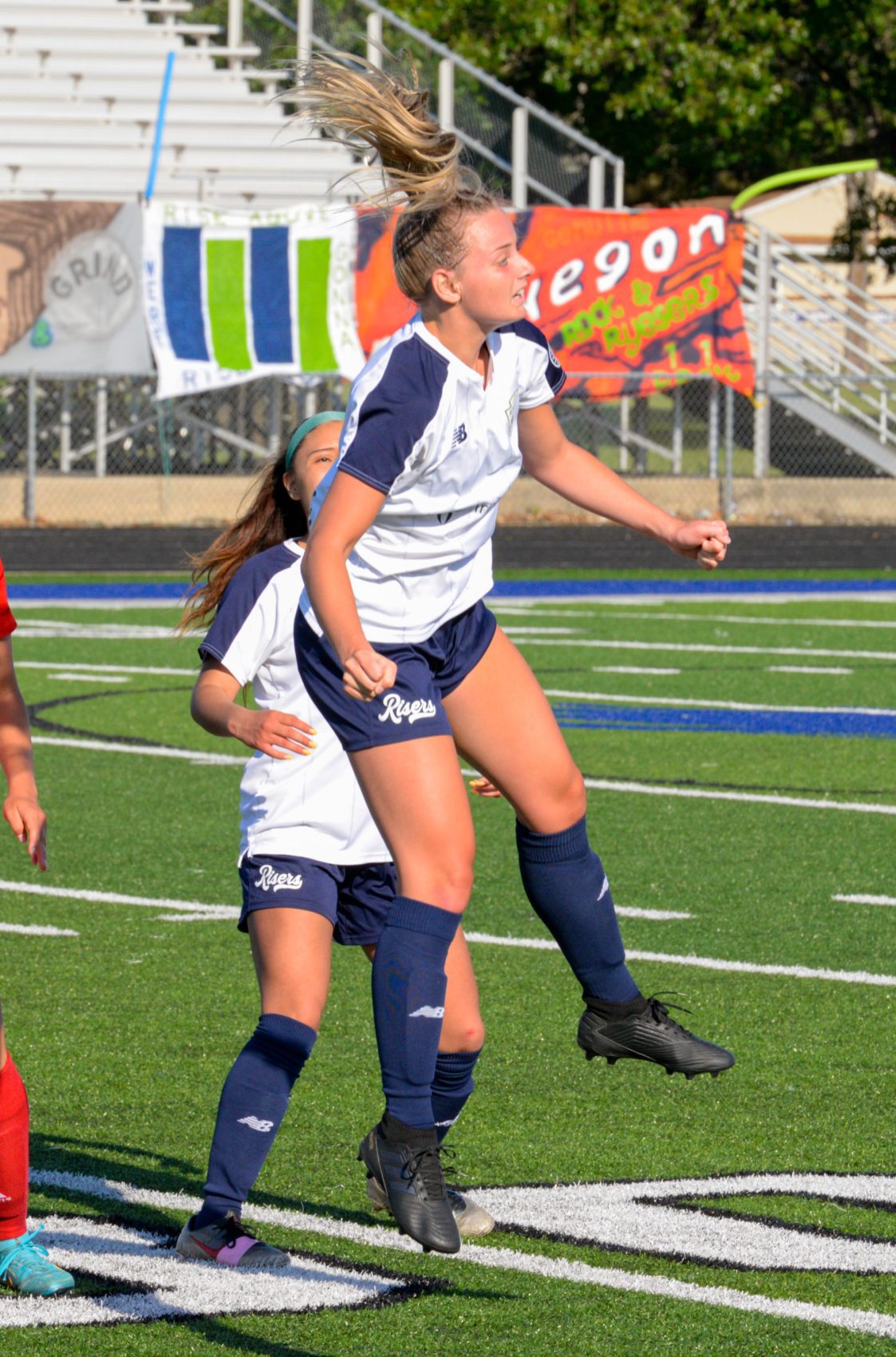 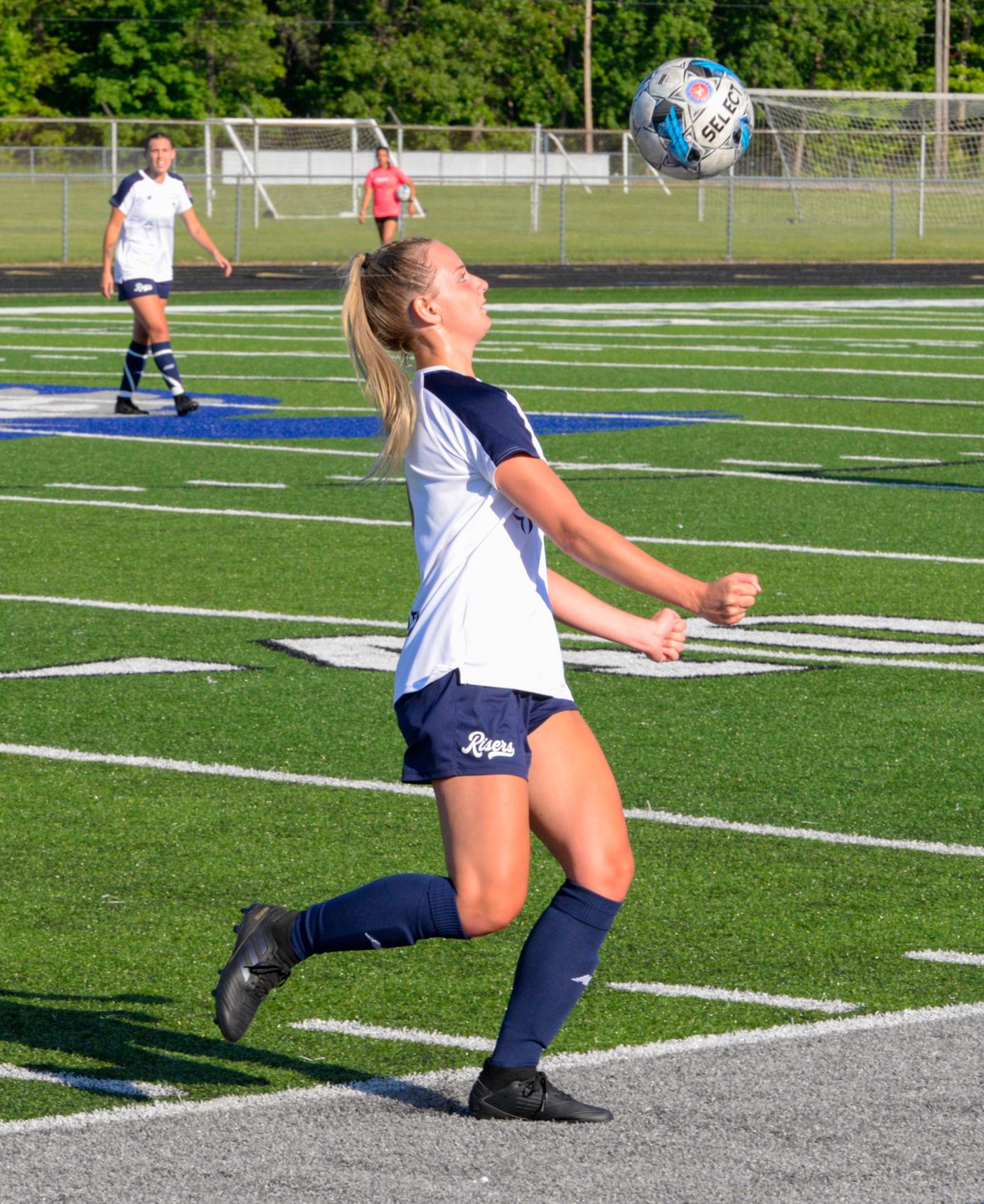 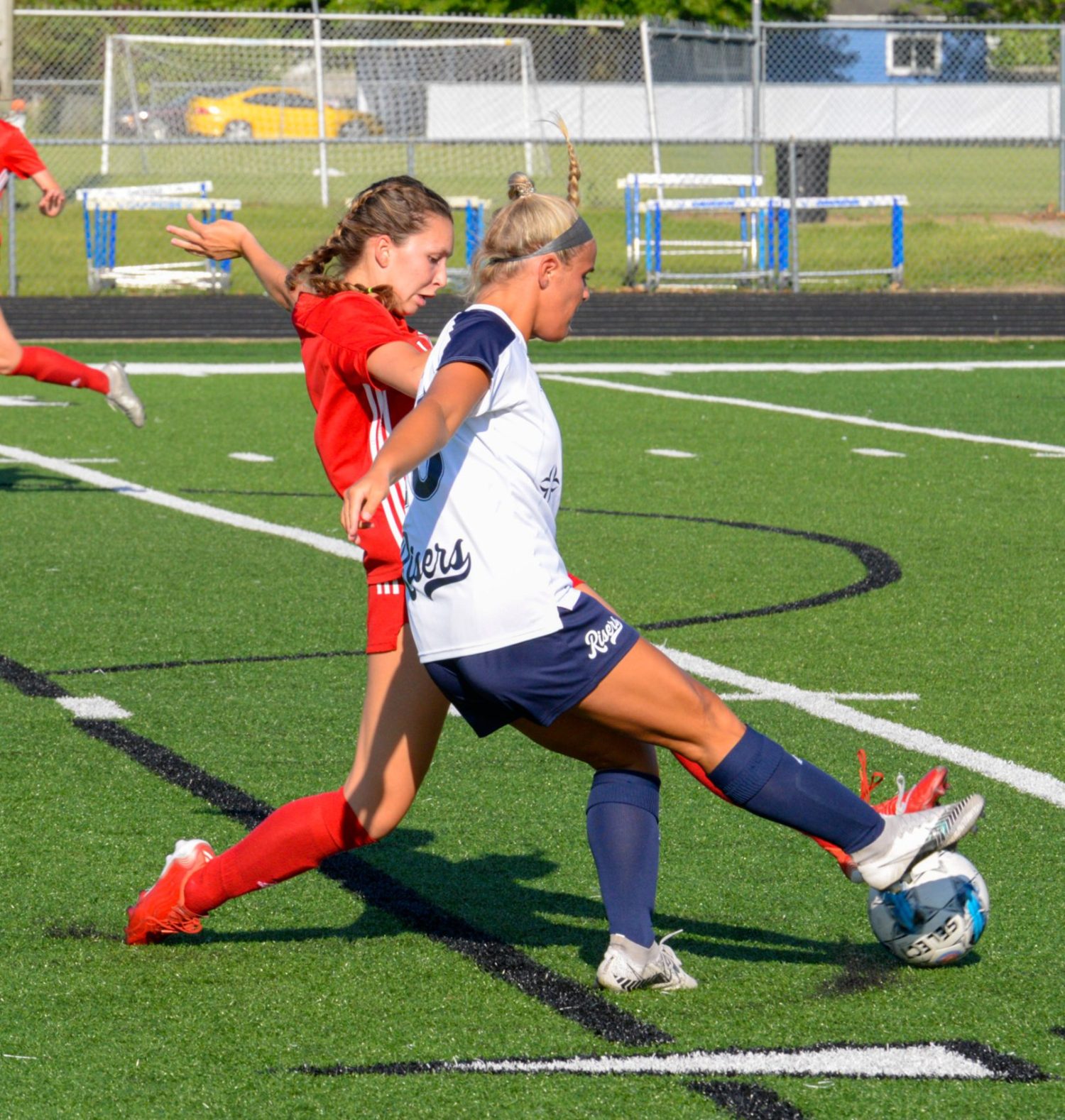 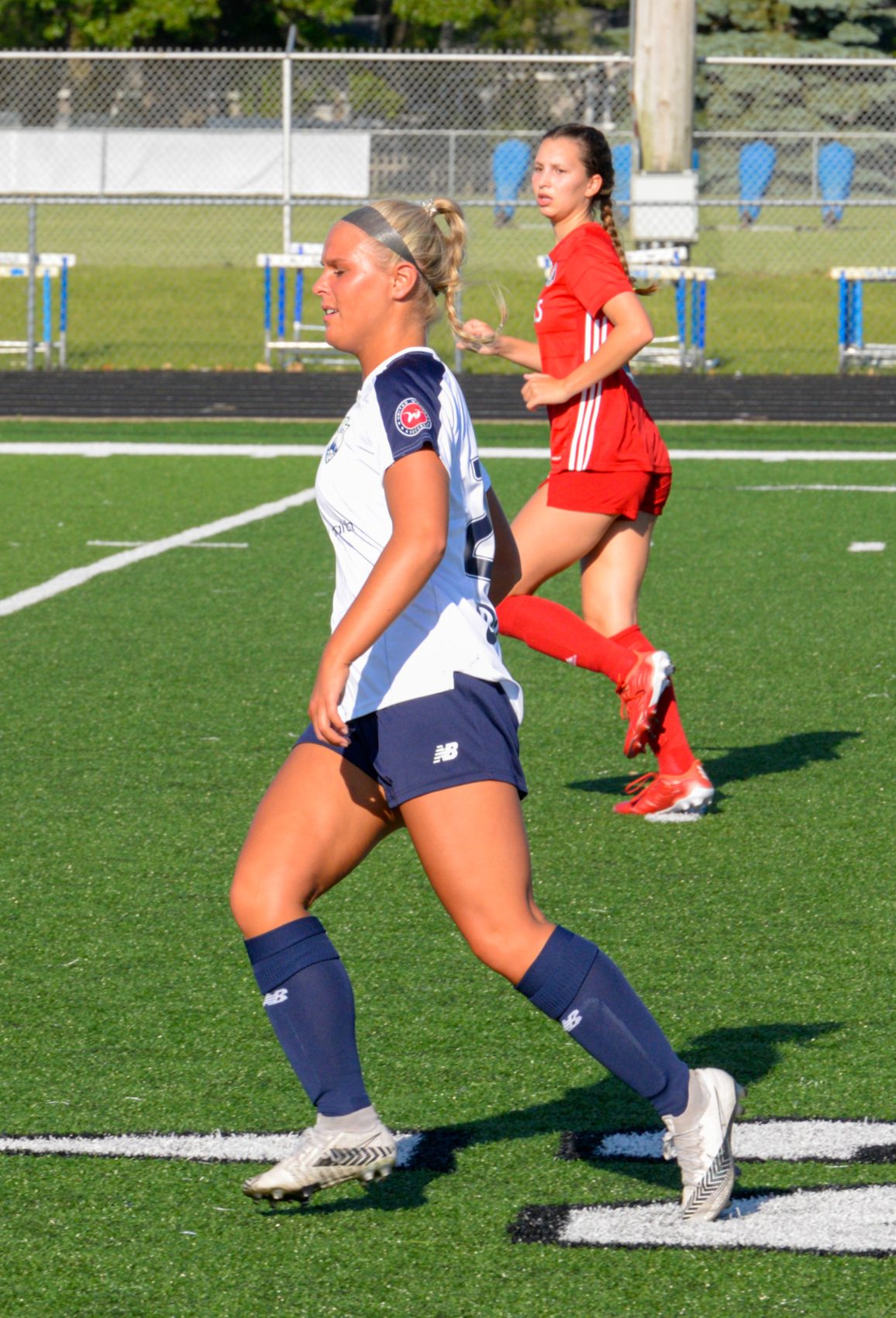 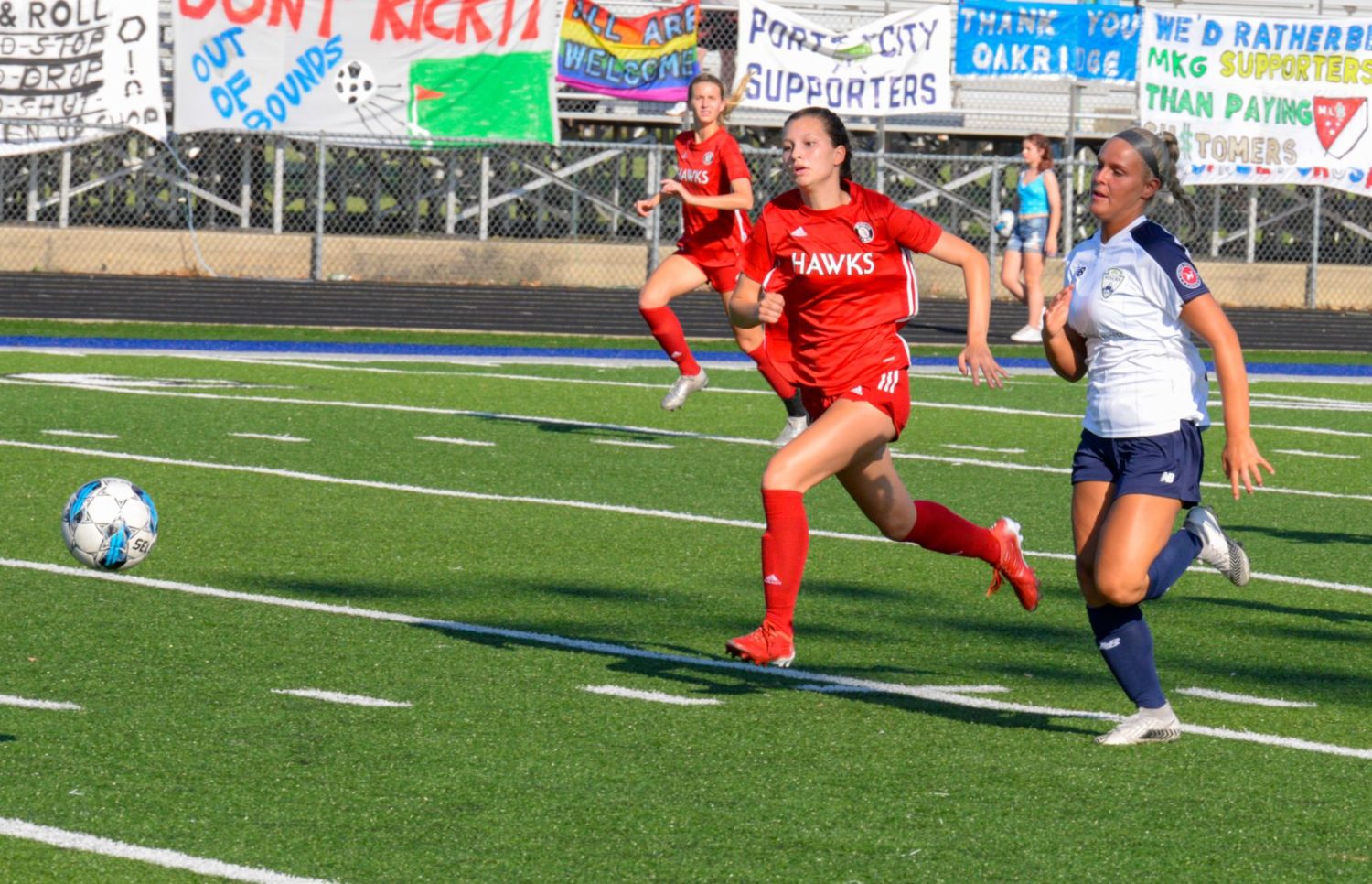 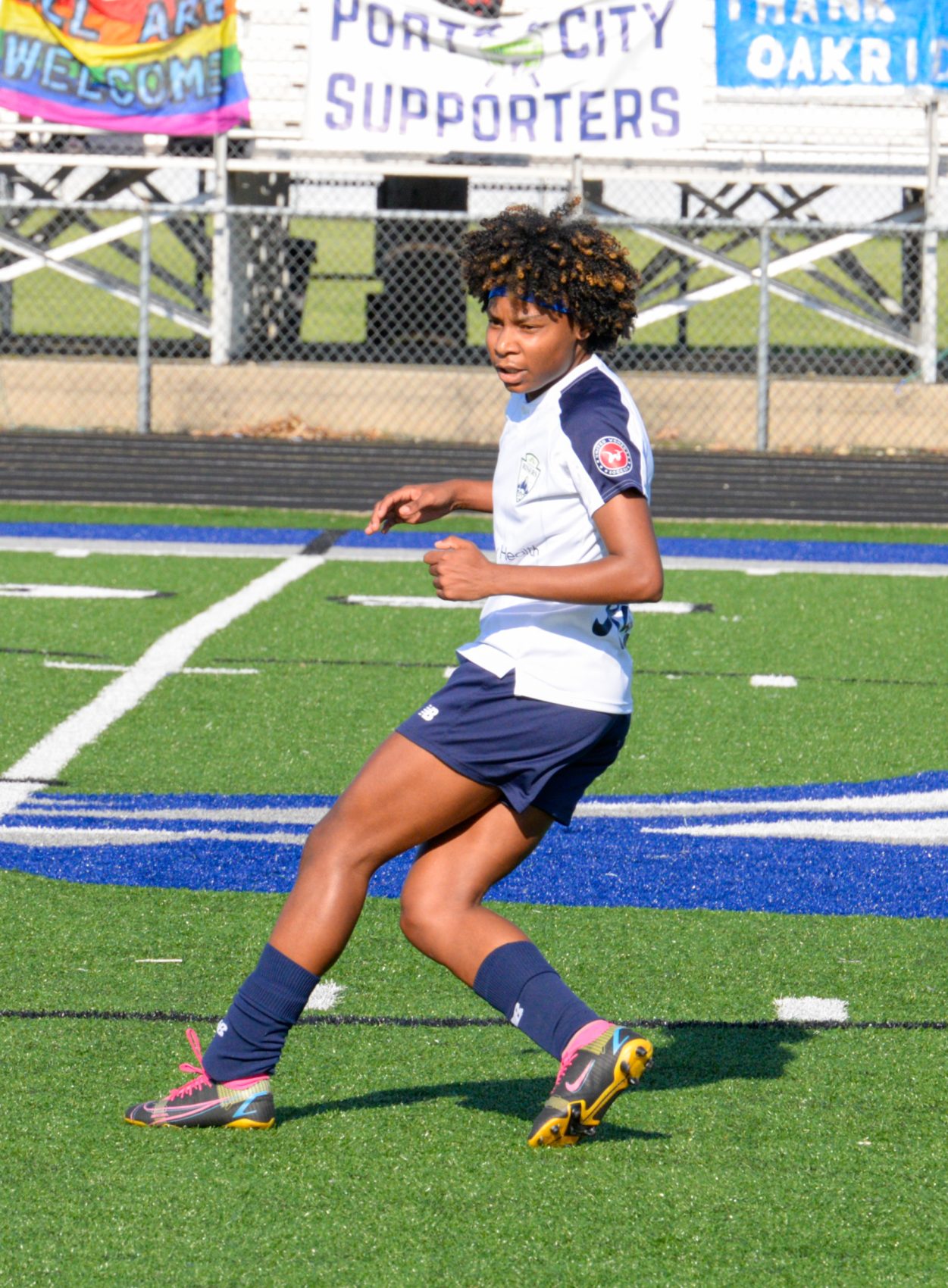 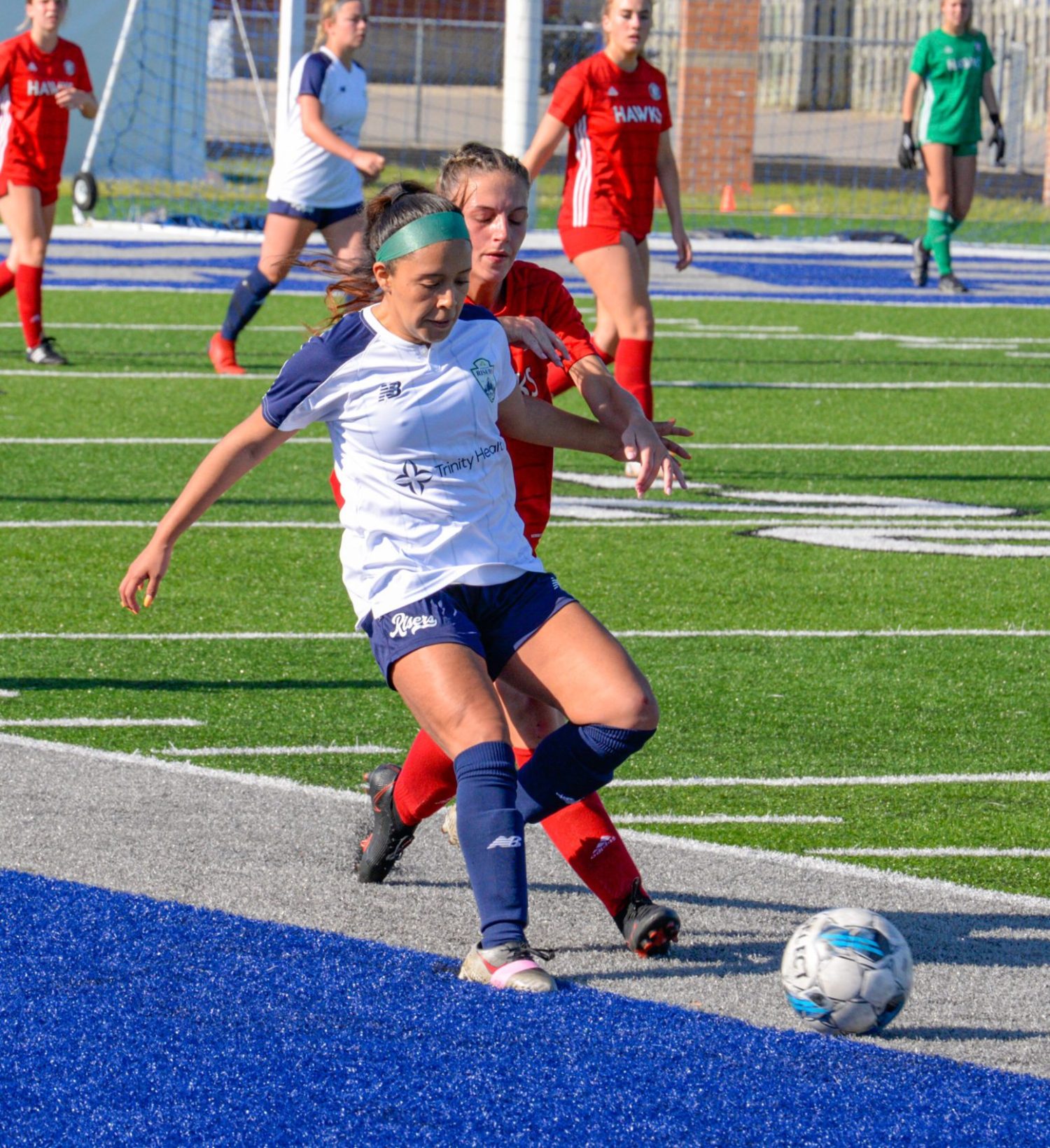 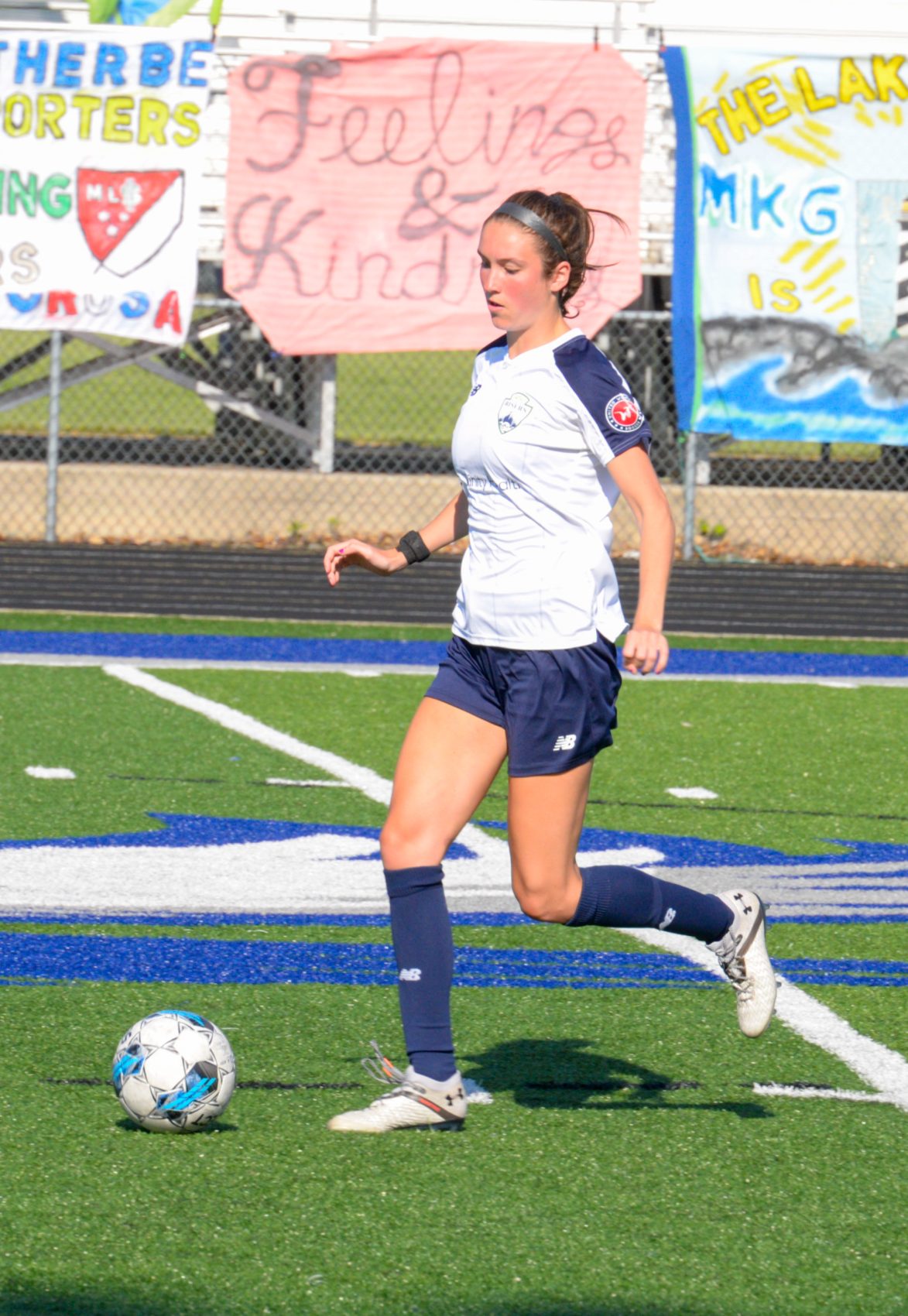 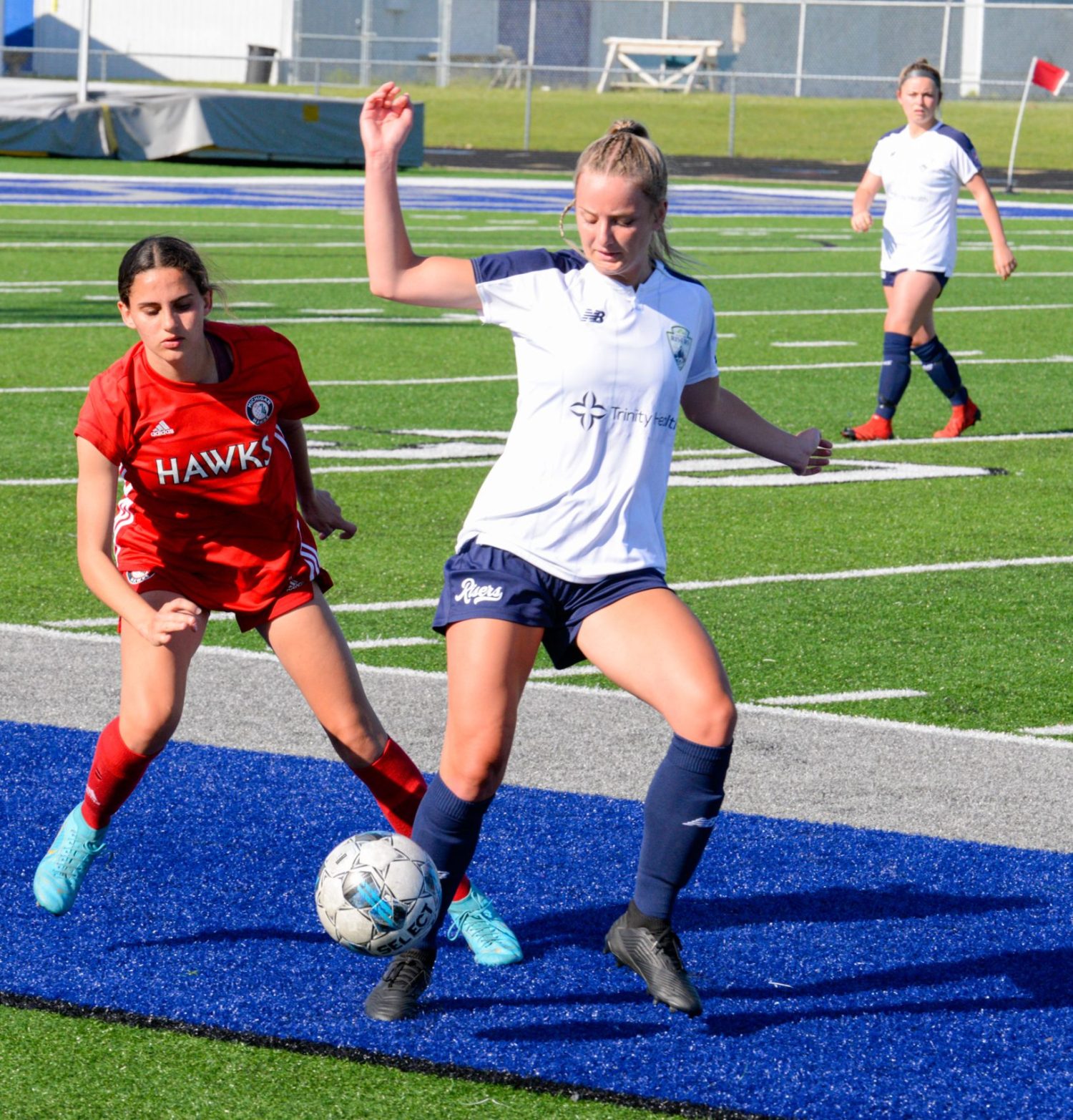 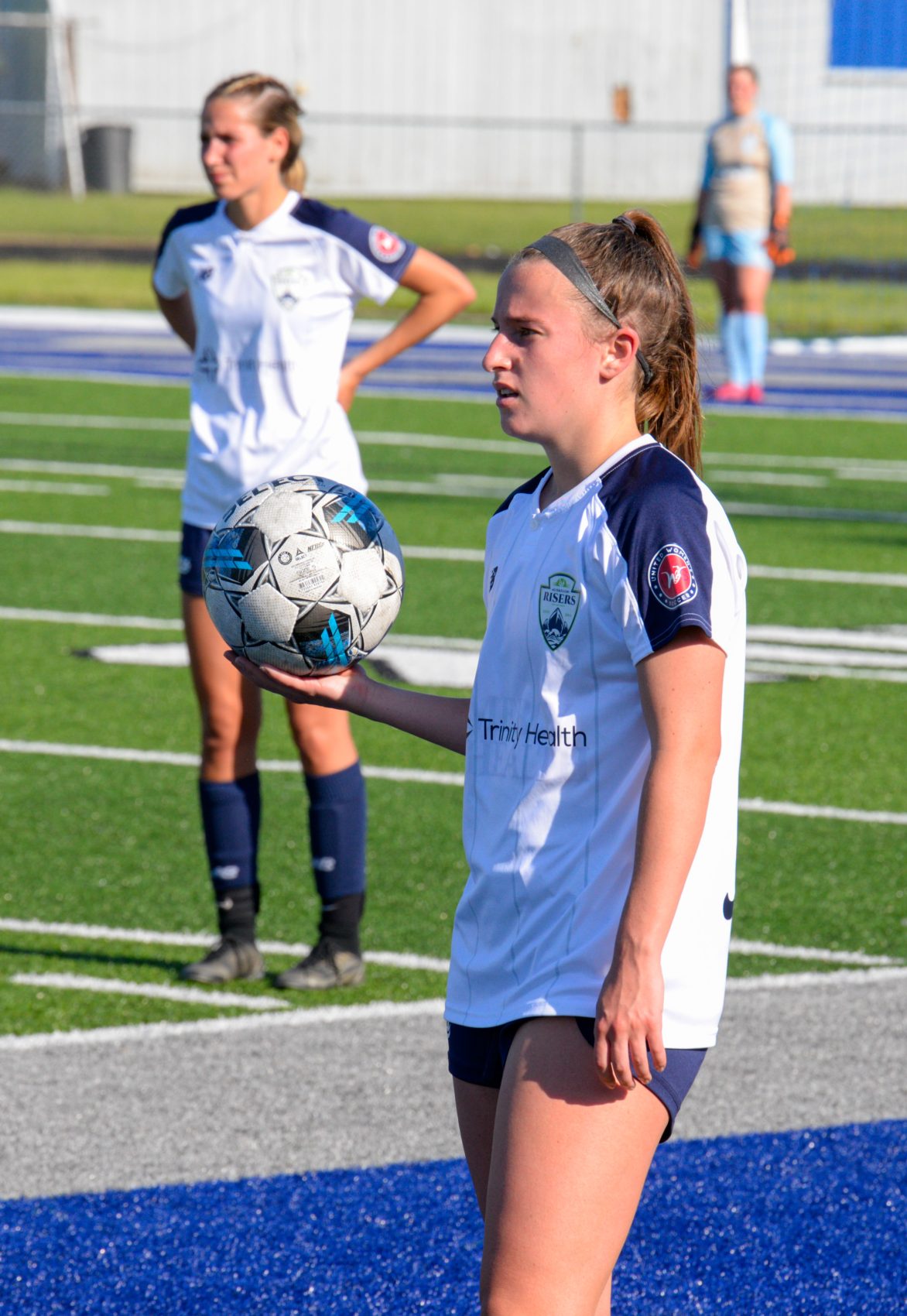 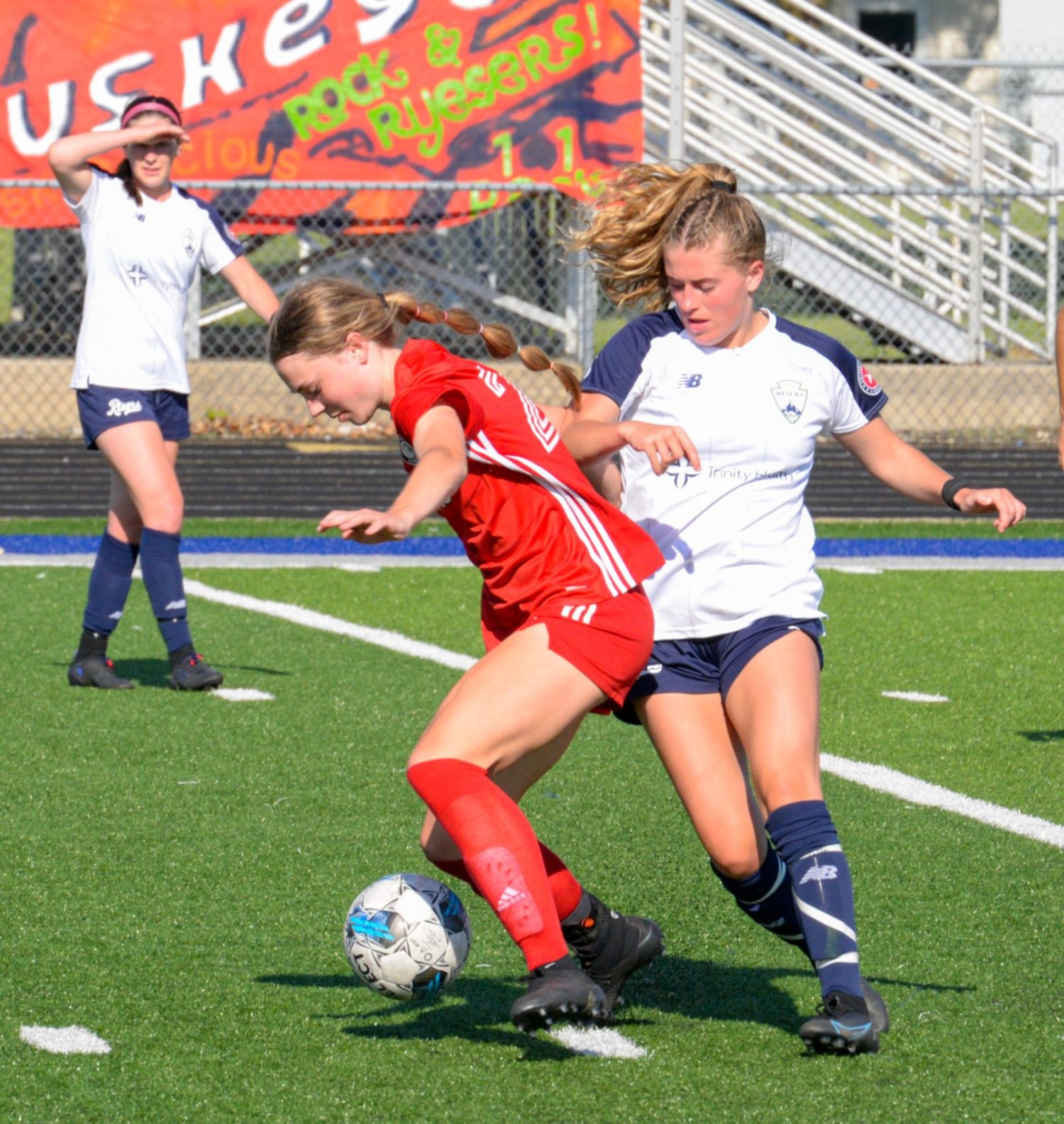 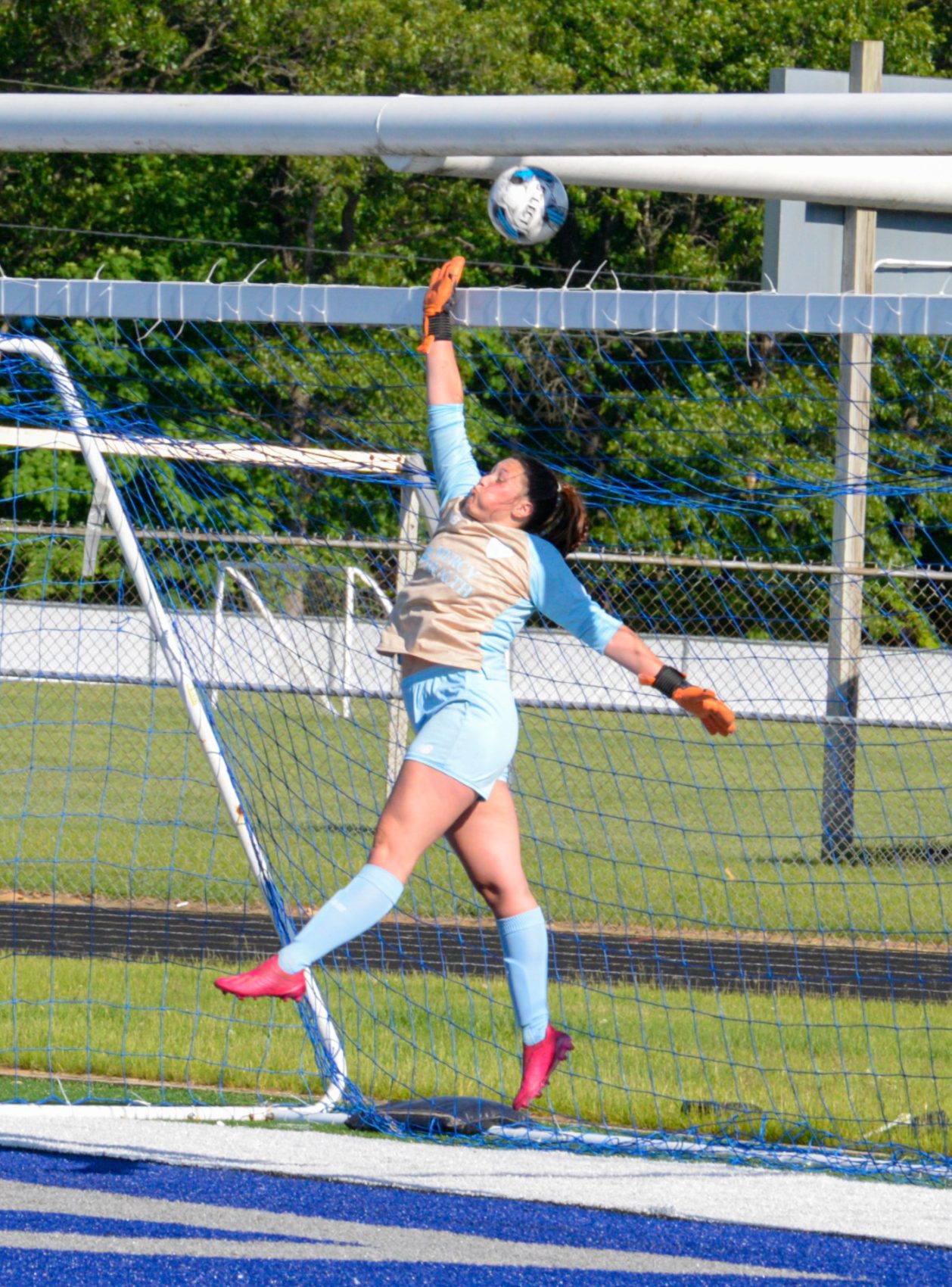 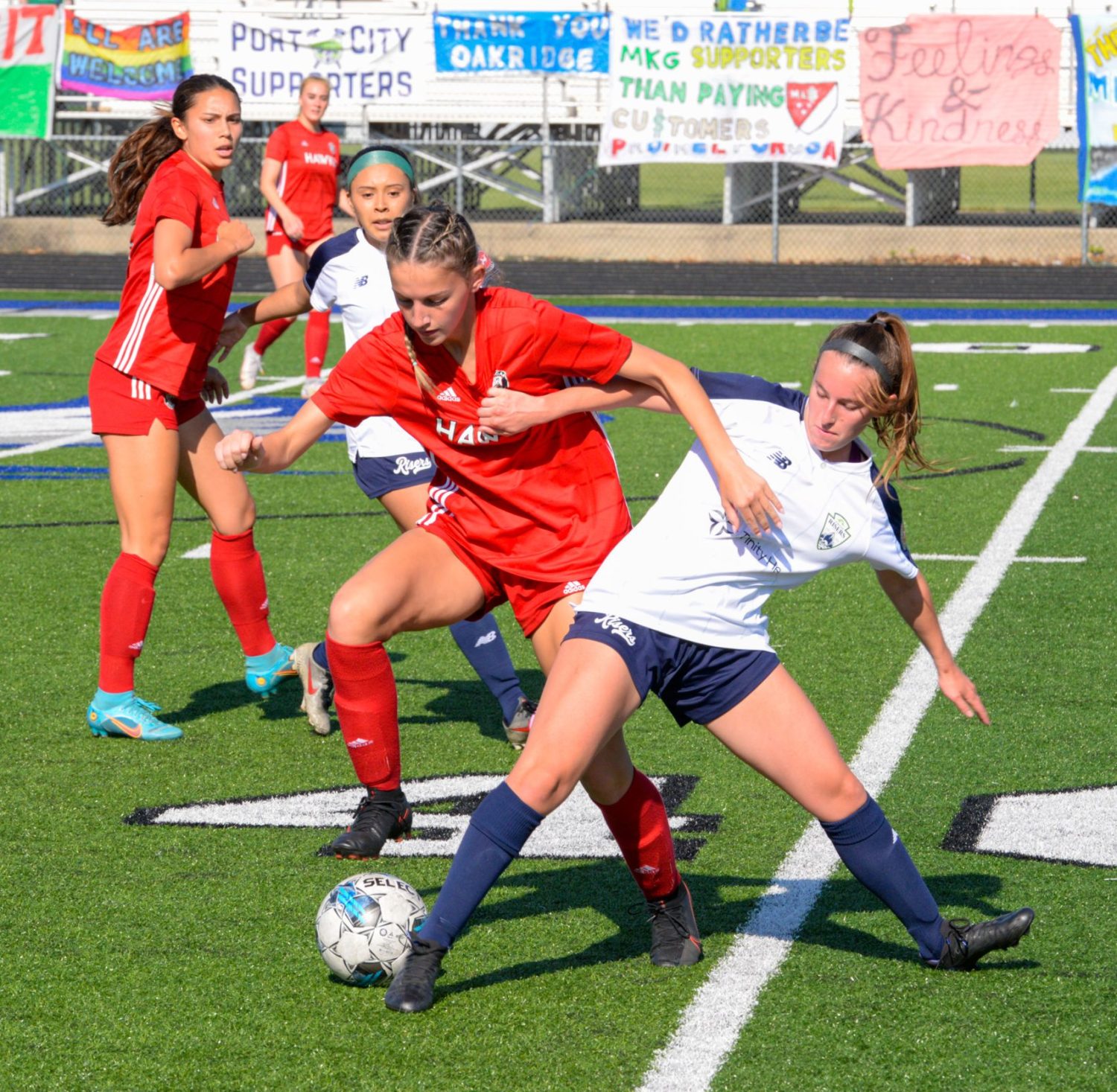 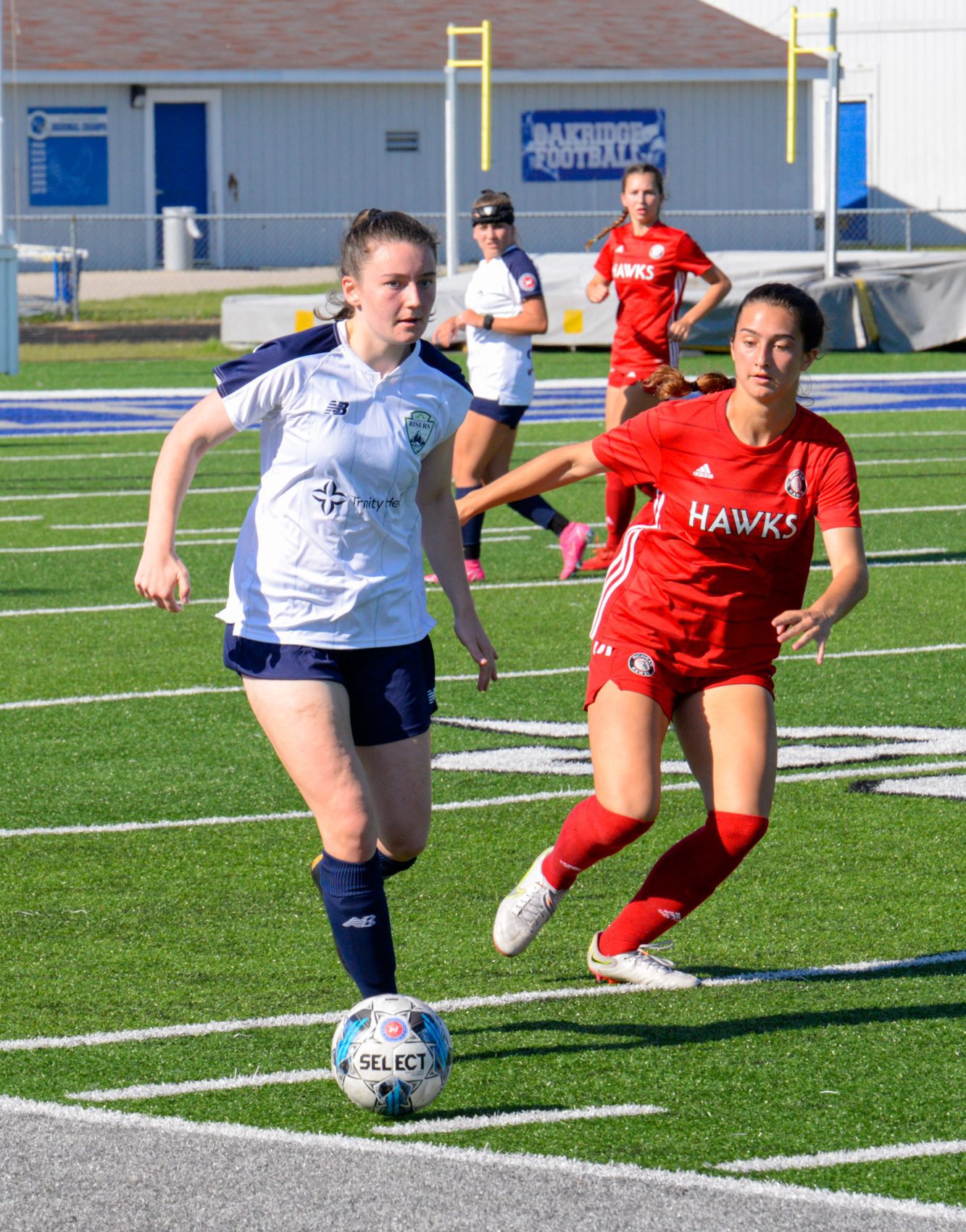 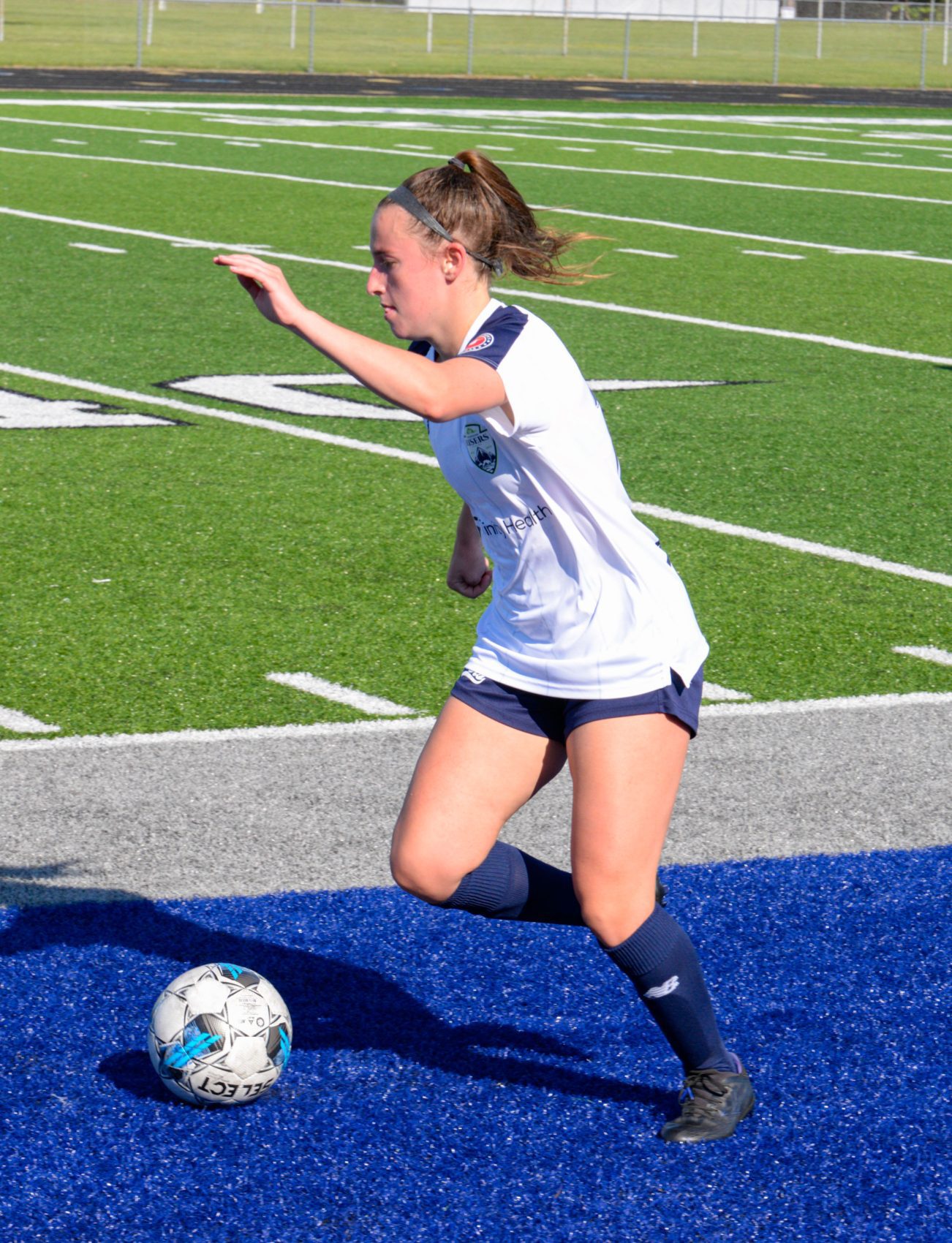 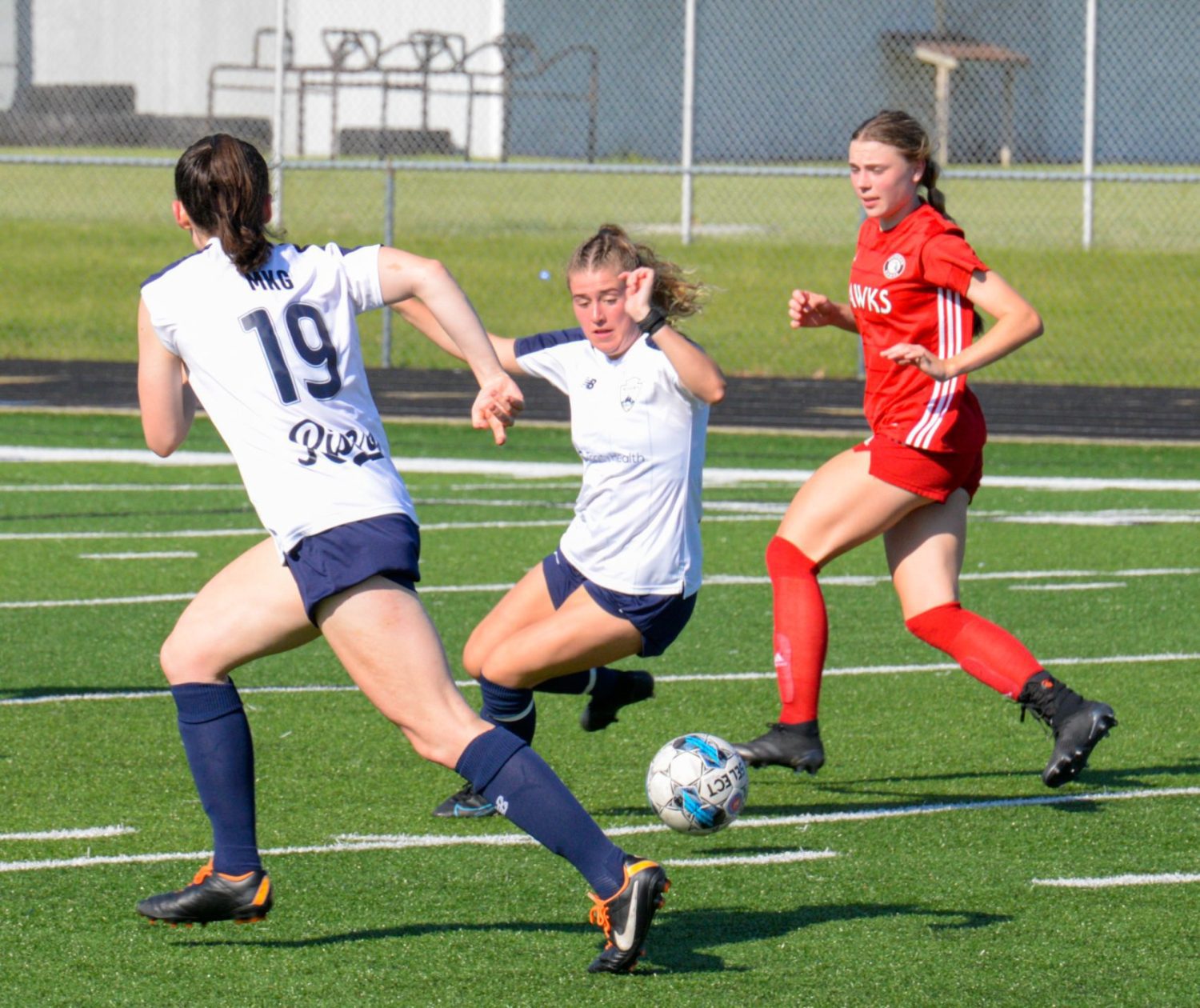 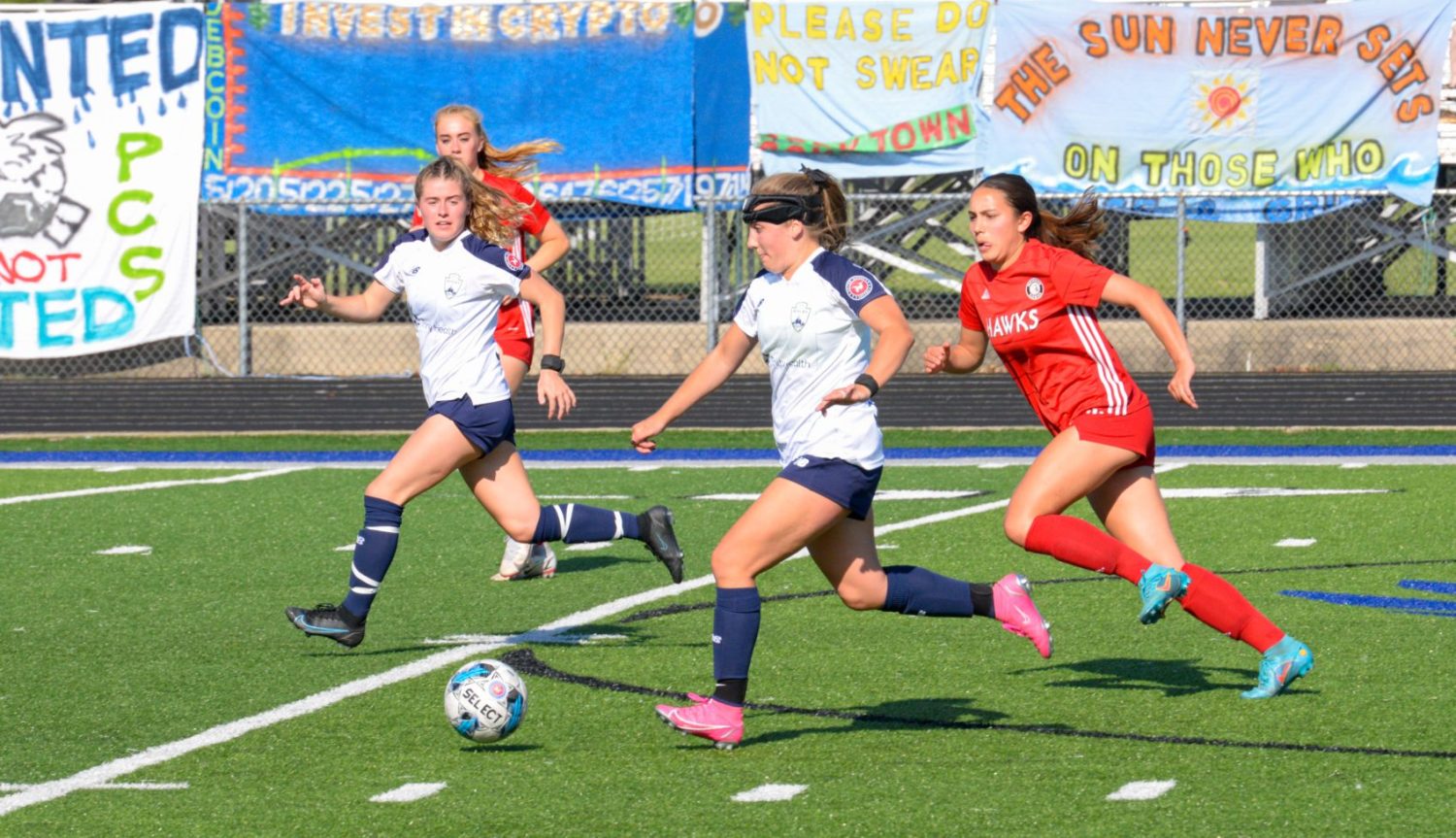 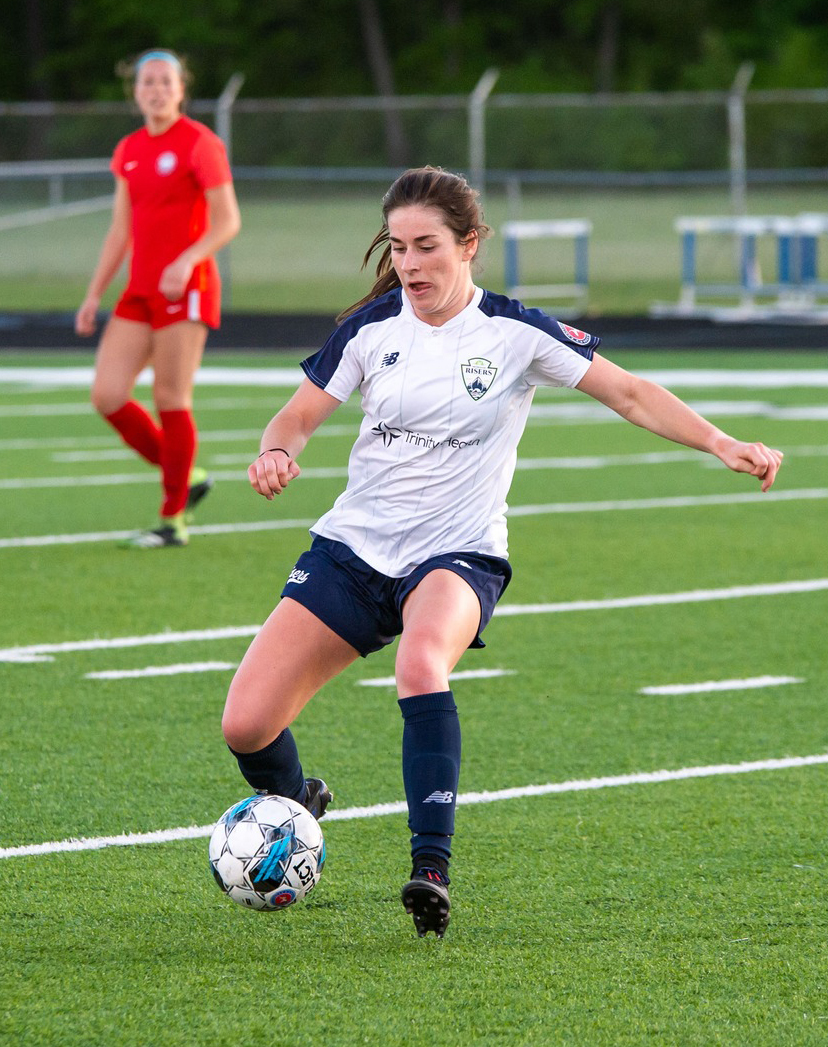 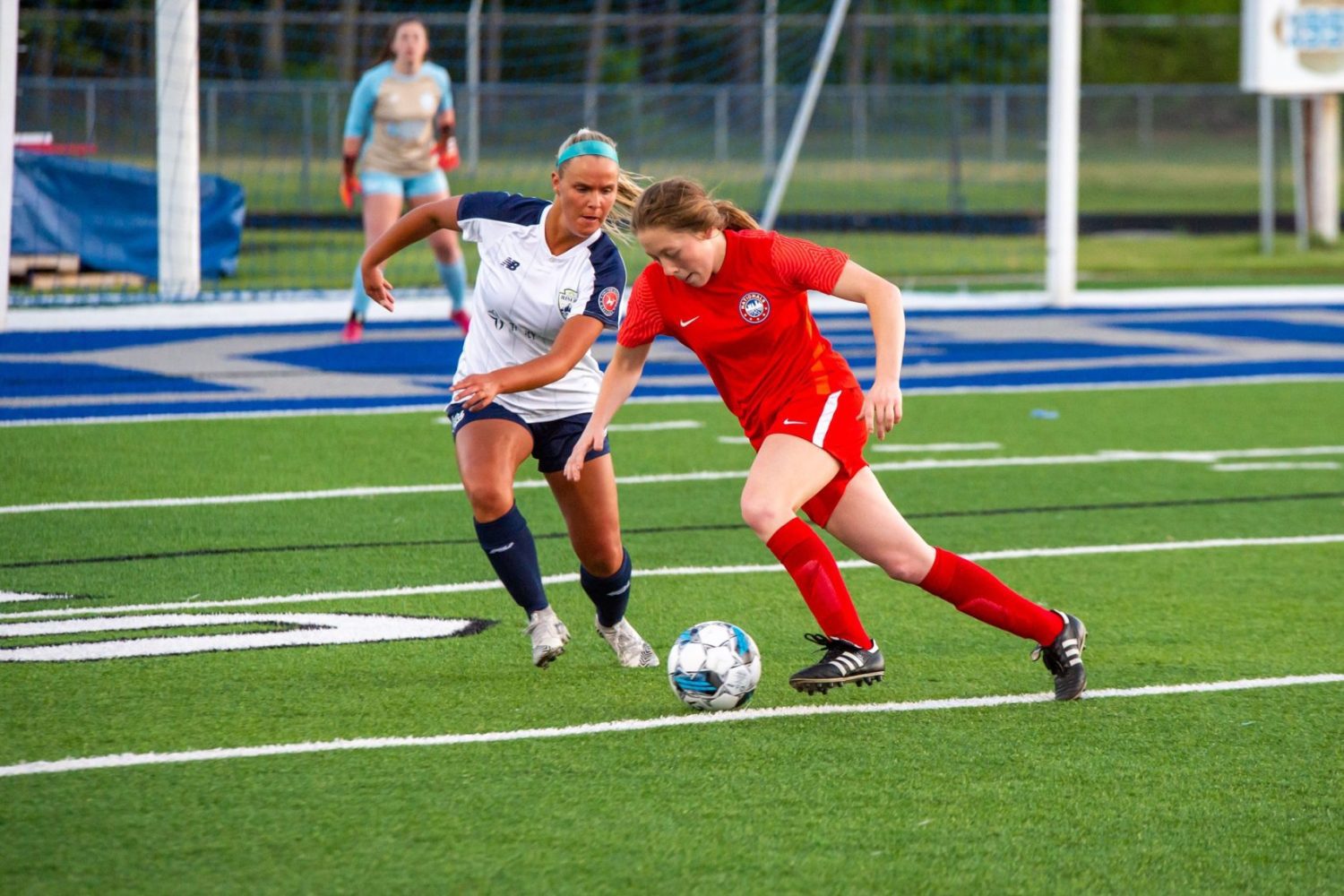 Sport Clips Game of the Week: Hesperia can clinch first 9-0 season since ’86 by beating North Muskegon