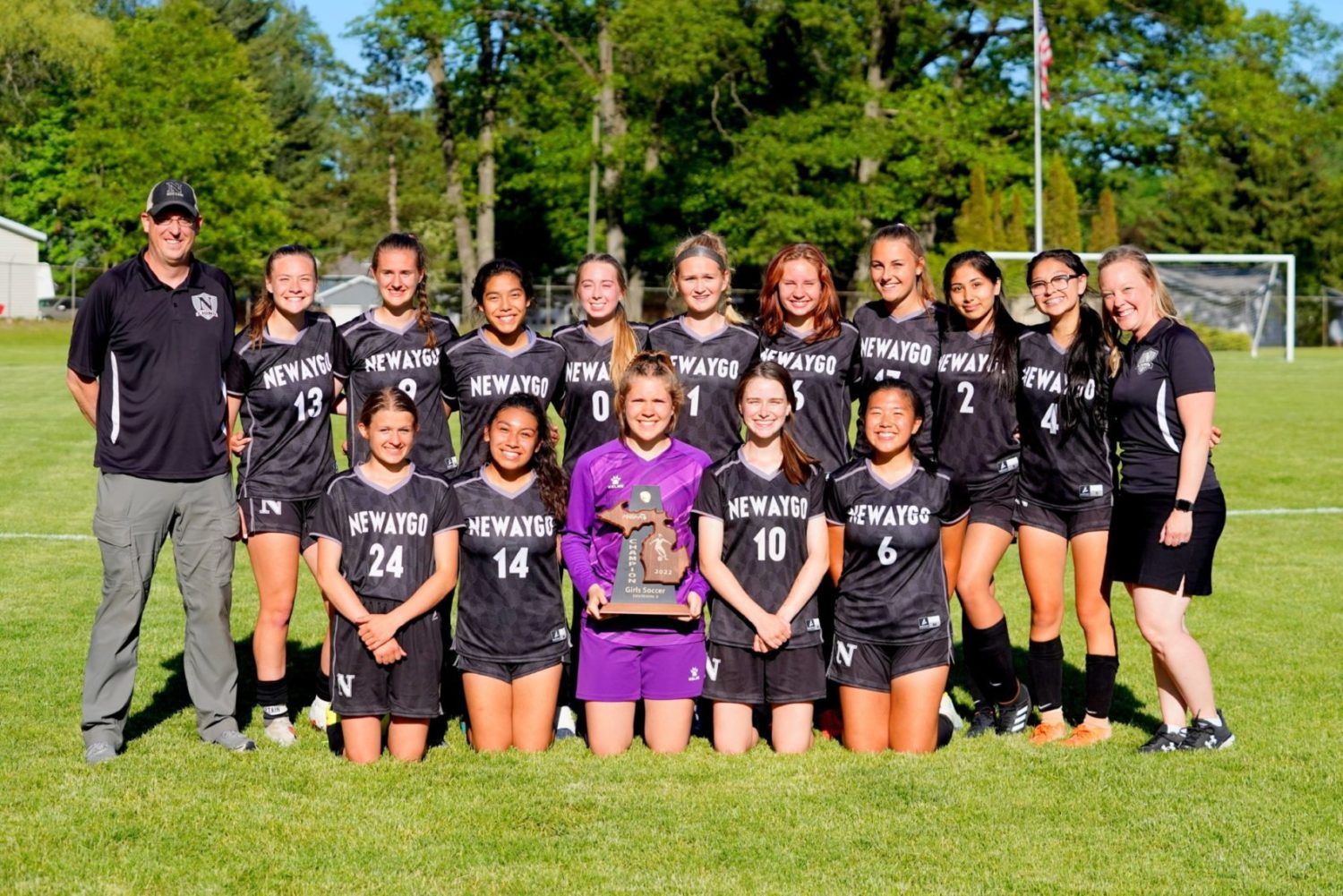 MONTAGUE—The Newaygo Lions captured their first-ever girls district championship in soccer as they shut out Orchard View 1-0 in a game played at Memorial Field in Montague on Friday afternoon.

The lone goal of the game came from Newaygo junior Grace Painter, who scored with 3:15 remaining in the first half.

Newaygo goalkeeper junior Barbara Toth shut down the Cardinals’ offensive attack with help from a stingy back line.

“This is our first district championship for girls’ soccer so we are super excited,” said Newaygo coach Matt Painter.

“We did come prepared,” he said. “We knew what to expect from Orchard View and the girls went out and did what they needed to do.” Painter is now in his fourth season as the Lions’ coach.

“Our goalie (Toth) has done a great job,” Painter said. “She had 157 saves coming into tonight. She really hasn’t had a lot of save opportunities this season.

“This is one of our best seasons we’ve ever had at Newaygo,” Painter said. Newaygo improved to 16-3-1 on the season. 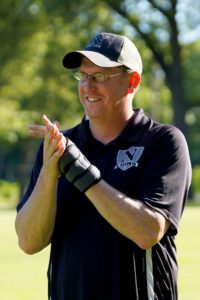 “We had some ups and downs during the season,” Painter said. “We had some injuries. It’s been a great season. Our junior group of girls have played together for a long time. The girls came back hungry this season after losing last year.

“As a coach, its been a great honor to having been able to coach these girls,” Painter said. “The girls bounced back from some adversity. We came into districts knowing what we needed to do. We have some amazing girls. They play hard even those who don’t play a lot.”

Although Painter and his Lion Lady’s wanted a conference championship this season, he is happy with a district championship and the opportunity to move on into regional play next week.

“Conference and districts were at the top of the list this year,” he said. “We came up a little short with the conference, but winning districts, I think, really makes that up.”

Newaygo heads to Big Rapids Tuesday to take on Elk Rapids in regional action. The Elks defeated Boyne City 6-0 on Thursday to claim their district championship.

Game time is set for 5:30 p.m. on Tuesday at Big Rapids High School. 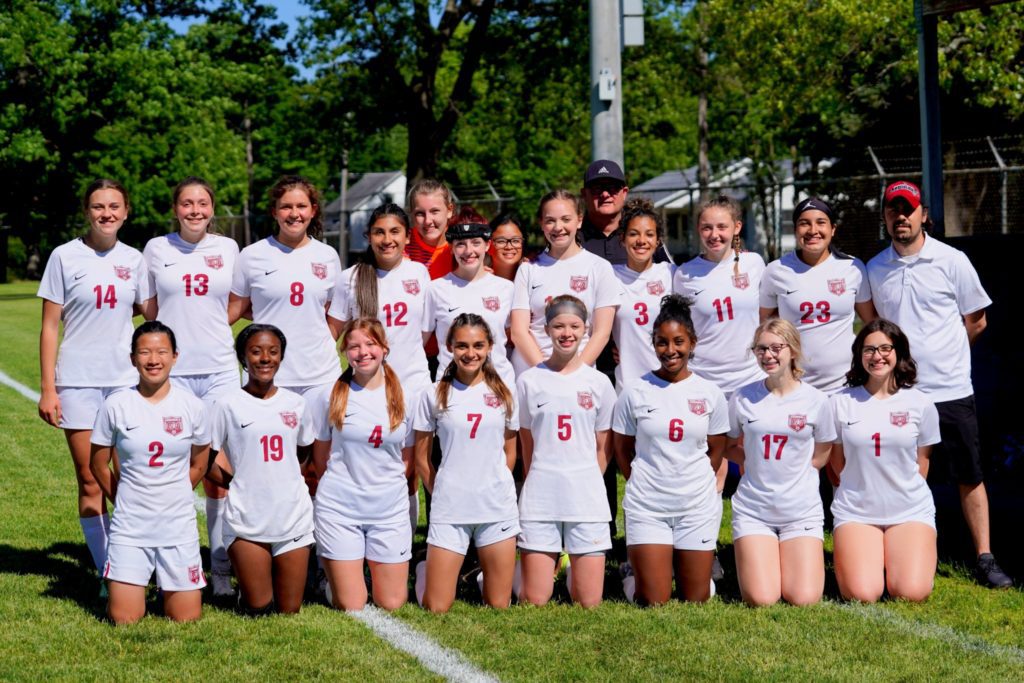 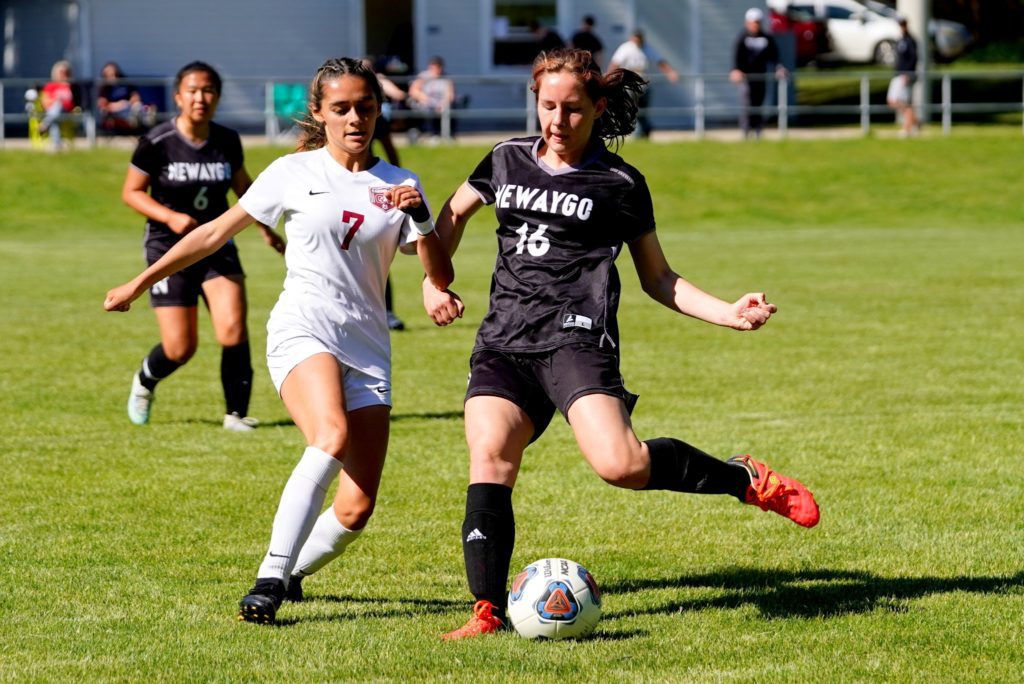 Oakridge tops Fruitport in Class B girls district semis, moves on for familiar matchup with OV in finals