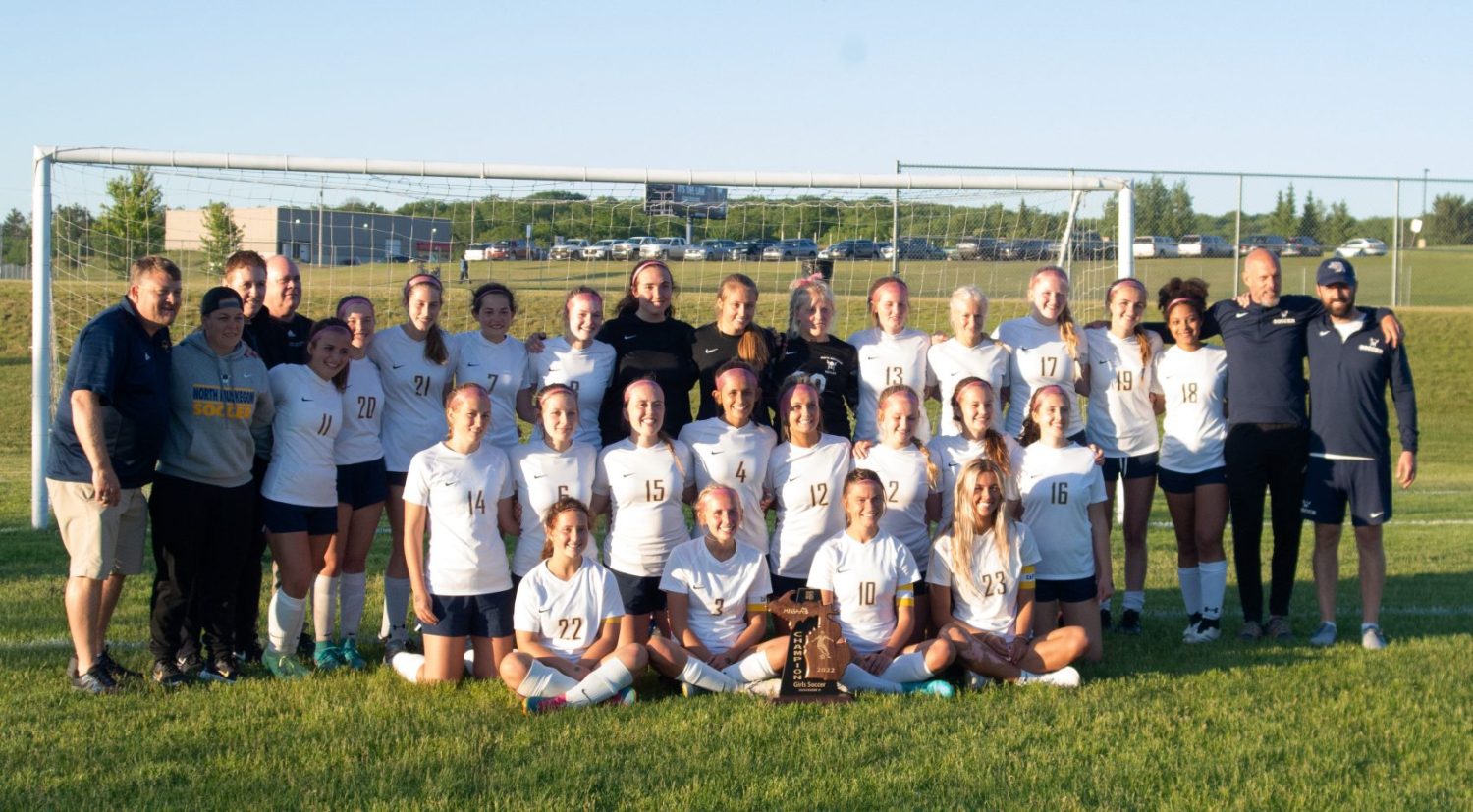 CADILLAC — It took 80 minutes of regulation, 20 minutes of overtime and a shootout before the North Muskegon girls soccer team finally defeated Harbor Springs, 3-2 for the Division 4 regional championship.

On an afternoon with comfortable temperatures at the CASA field in Cadillac, the Norse showed their grit and determination as they continued their journey of reaching the state finals for a second year in a row.

The Norse are now one win away from reaching the state finals in back-to-back seasons.

The Norse twice trailed, including at the start of the game and then almost halfway through the second half.

But both times North Muskegon scrapped back to tie the score to stay alive.

“Credit these girls for never giving up,” said Norse coach Caleb Parnin. “We keep telling them that the message behind this team is we have to want it more than other teams. We have to do whatever it takes. When you go behind, you see whether they really mean that. It’s saying to say when it’s 0-0 that they want it as much.

“I was really proud how our girls took a couple punches and came back,” Parnin said. “Gosh, they were sure dialed in for the shootout, too. Both teams were very well matched.”

Harbor Springs snuck one through less than 7 minutes into the game when junior Grace Thorpe used her speed to get past the defender and get a good shot on frame that Norse sophomore goalie Emma Lamiman couldn’t catch up to.

That gave the Rams a 1-0 lead with 35:23 remaining in the first half, and they managed to stop what shots the Norse managed to create.

But the Norse finally broke through, with senior Ella Morrow knocking in a laser when the Rams’ goalie was caught too far out of the net, tying the score 1-1 with 26:22 in the first half off a corner kick. That’s where the score stood at intermission.

Harbor Springs reclaimed the lead 2-1 on Thorpe’s second goal of the game with 29:49 remaining in regulation.

The Rams came close to making it a two-goal lead when a shot hit the crossbar and bounced back, and the Norse defense was able to clear the rebound.

North Muskegon tallied the equalizer when sophomore Emilia Reid charged in on a breakaway and nailed a shot to the goalie’s left that sailed into the back of the net.

“We felt really good at halftime, and then they score again,” Parnin said. “They have such great shooters, and they have these big kicks. It felt like we were up against it all night. Just really proud of our girls for perseverance, and their character. That’s not how we drew it up.

“That’s the making of a good team,” he said. “We felt we got a little bit of fortuitous bounces the other night, and tonight our girls just willed it out.”

Notching the goals for the Norse in the shootout were senior Emily Judd, junior Sam Johnson, junior Jaley Schultz and senior Molly Stewart.

Harbor Springs had beaten the Norse, 2-1, during the regular season.

Improving to 17-3-1 on the season, North Muskegon next competes in the state semifinals in Comstock Park on Tuesday, June 14 at 7 p.m. against the champion of the Portage Northern regional, either Kalamazoo Christian or St. Joseph Our Lady of the Lakes. 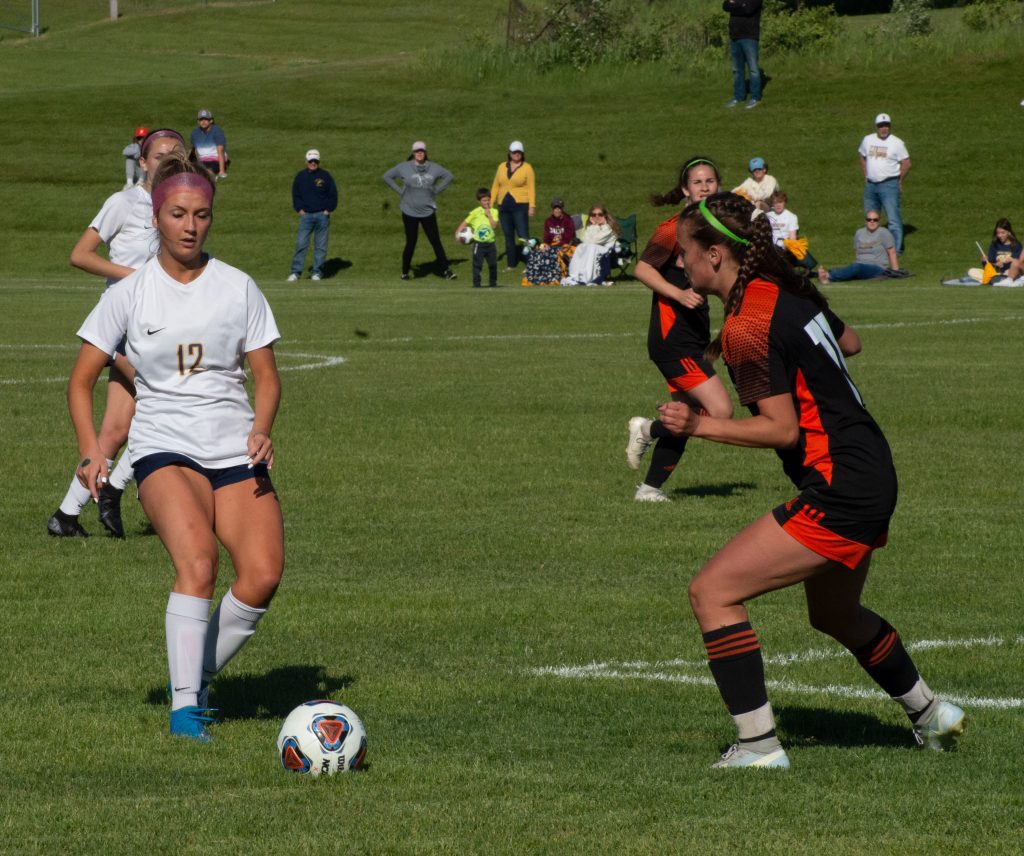 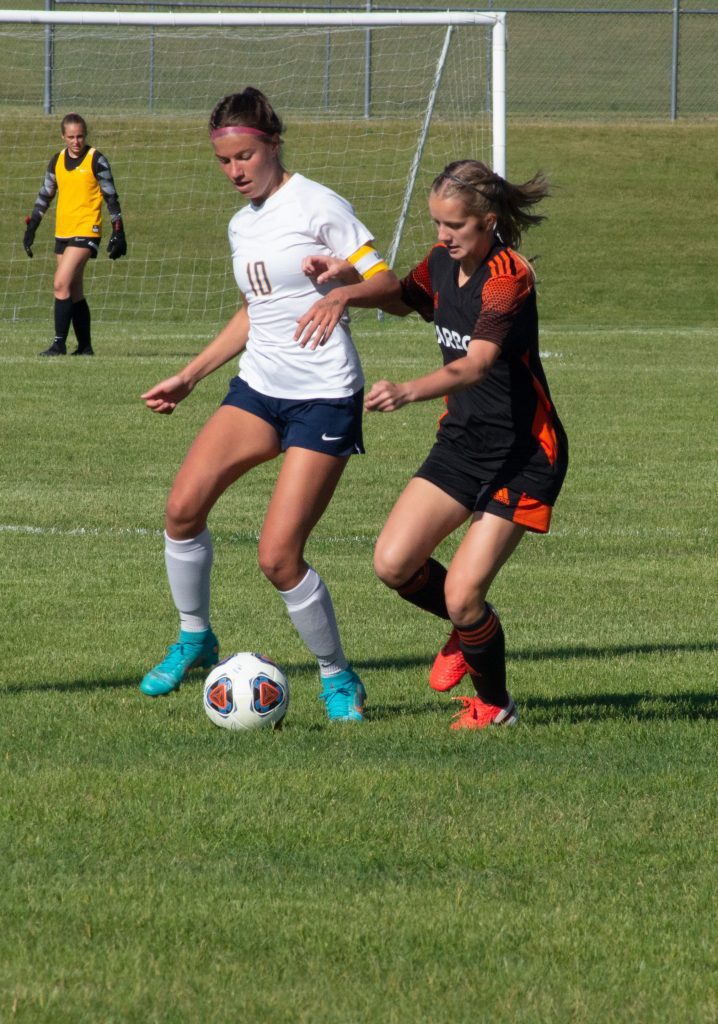 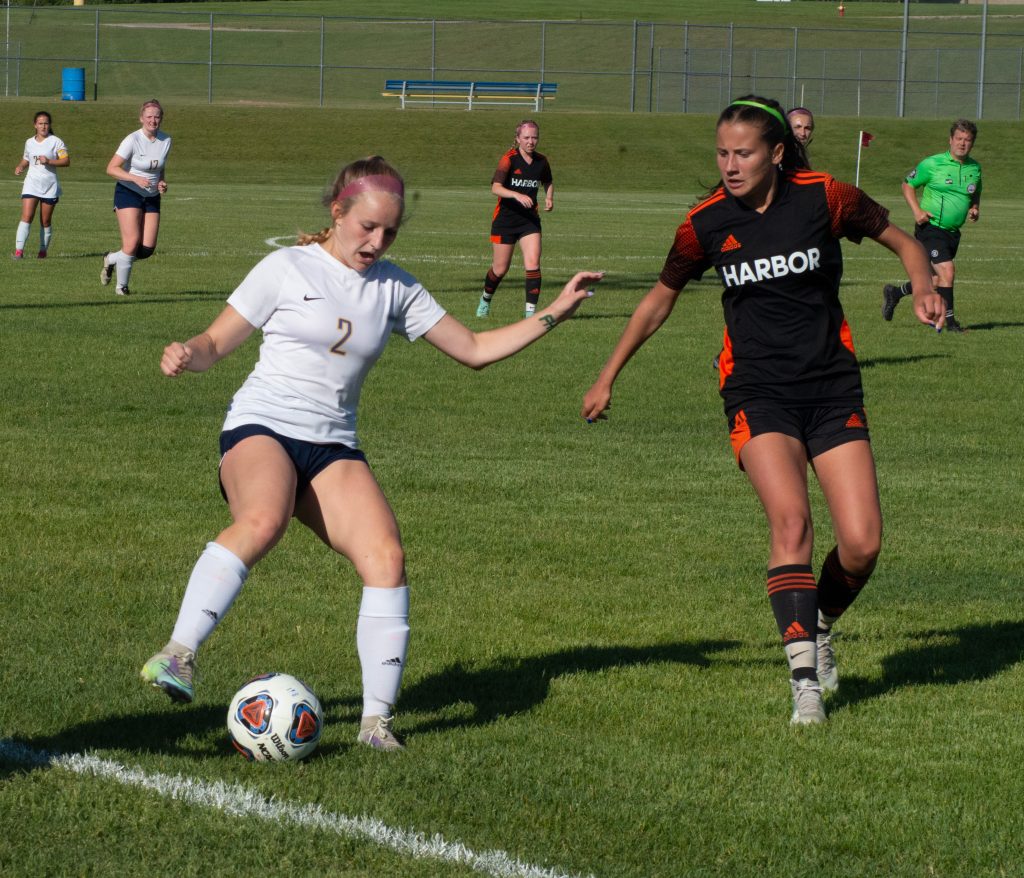 Mona Shores volleyball team reaches .500 mark with a win over the Big Reds