MUSKEGON–Veteran Oakridge football coach Cary Harger will be inducted into the hall of fame.

Harger is one of 28 statewide coaches who will be honored on June 24 by the Michigan High School Football Coaches Association. The ceremony will be held at the Best Western Premier Executive Residency, 26555 Telegraph Road in Southfield.

Harger has been roaming the sidelines as the Eagles’ head football coach since 2011 when he was hired to replace one of his coaching mentors, Jack Schugars. 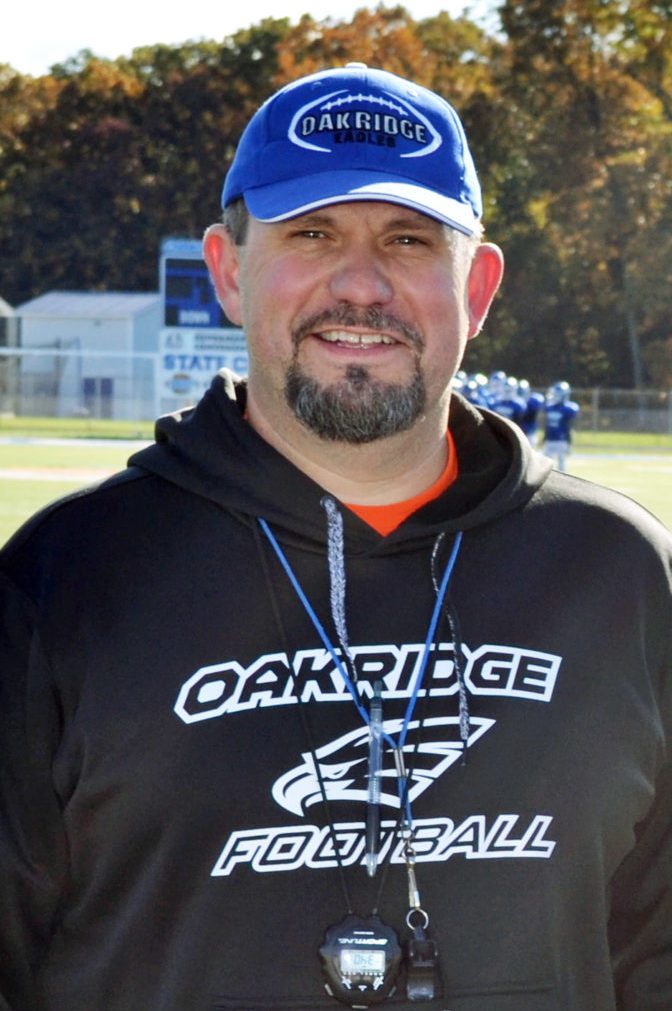 For the first 16 years at Oakridge, Harger worked as an assistant coach under Schugars. He coached the offensive and defensive lines as well as helped coordinate special teams.

In 2011, when he was hired as the head coach, he continued coaching the line positions and still coaches the defensive line and assists in coordinating the special teams.

As the head coach, he along with his staff, have accumulated a record of 98-24 in 11 seasons.

“My mind is blown by being inducted to the Hall of Fame,” Harger said. “I am honored.”

Harger is an Oakridge kid. He went to Oakridge and graduated in 1990. He played football and ran track all 4 years.

He attended Hope College and played football from 1990-93. Harger graduated in 1994 with a BA in Biology and a secondary teaching degree. He was certified to teach life science and social studies. Later, Harger earned his Masters Degree in secondary education with a biology emphasis from Grand Valley State University in 2005.

Harger was a student teacher at Grand Haven High School in the fall of 1994. He applied for, and accepted, a job at Oakridge Alternative Education and started in January 1995. He also started coaching at Oakridge in 1995.

“I taught in the alternative education program for 2 1/2 years,” Harger said. “I then moved into teaching sciences at the middle and high schools. I finally moved to the high school full time in my current position in biology and human anatomy and physiology. I am 27 1/2years in.”

So how much longer does the longtime educator intend to remain in his current positions?

“I plan to reach the point in my teaching career when I am able to complete the years of service needed to make a decision about retirement,” Harger said. “I hope to coach to that point as well.”

Harger has three mentors along the way who helped guide him.

“Jack Schugars was such a giving person, a person of high character and integrity, a great mentor,” Harger said.  “John Swinburne was such a positive influence on my life starting in 9th grade and M. Dean Kreps was one of my college coaches that didn’t coach me, so very down-to-earth, a person I felt very comfortable talking to.”

The support Harger has received from the Oakridge community also stands out.

Harger knows exactly where to look to find his keys to success.

“Great leadership from mentor coaches, the camaraderie of coaches, ownership of coaches and players, experiences that could have only come from coaching, surrounding myself with great people to help me do this job, my want for the present Eagles to enjoy success,” he said.

The accomplishment did not go unnoticed by Oakridge athletic director Rick Ruel. 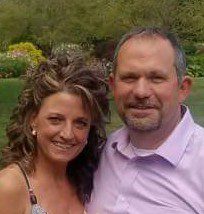 .“We are excited for Coach Harger and this accomplishment,” Ruel said. “He has continued the tradition of Oakridge football and is very deserving of this accolade. We can’t thank him enough for the 25-plus years of service he has provided to our athletes as a football coach.”

His plaque will be displayed at the University of Michigan’s football stadium.

The banquet will get underway at 5:30pm on Friday evening.

Harger, 50, along with his wife Stacy, and 2 children – Cole and Alivia – reside in Muskegon.