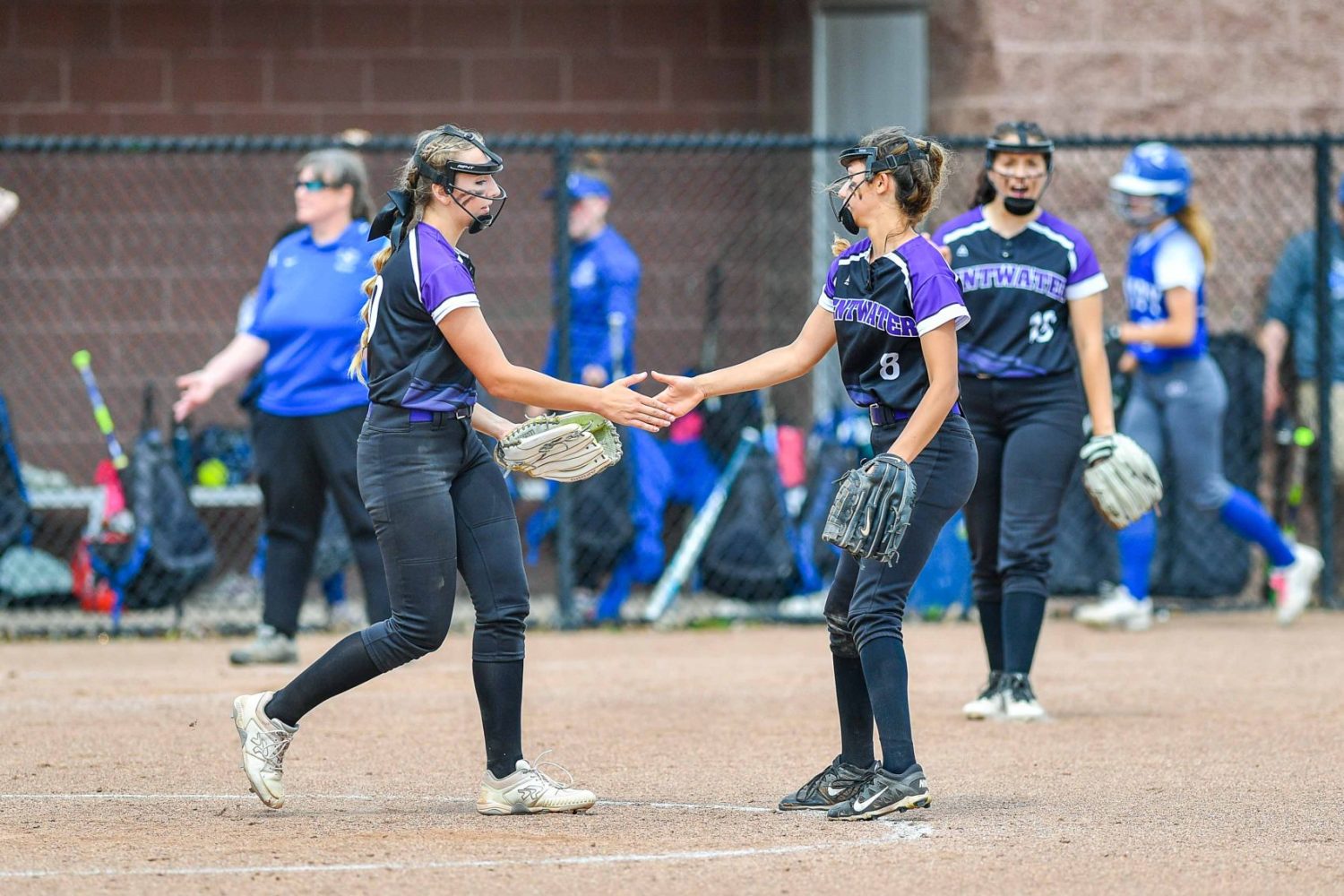 HOLTON— It was a rough couple of innings that cost the Pentwater Falcons in Saturday’s Division 4 softball regional semifinal loss to Lake Leelanau St. Mary.

For starters, a costly base-running mistake in the top first inning by the Falcons and a three-run sixth inning by Lake Leelanau were big moments as Pentwater fell to the Eagles, 6-3.

The semifinal regional game was played at Holton.

In the top half of the first inning, Mikaylyn Kenney doubled to centerfield. The Falcons loaded the bases on two consecutive walks and had nobody out. A sacrifice fly plated the first run for the Falcons along with the other runners advancing to second and third.

What appeared to be a second consecutive sacrifice fly ball was disallowed when the umpire ruled the Falcon runner missed stepping on home plate.

Lake Leelanau roughed up the Falcons’ ace pitcher Kenney in the bottom of the first inning. The Eagles sent seven batters to the plate and put together four consecutive hits and took a 2-1 lead. Kenney is signed to play at Alma College.

It was a shortlived lead as Pentwater sent six batters to the plate in the top of the second and tied the game with two singles and a sacrifice fly.

While Kenny struck out three in the bottom of the third inning, she also had three wild pitches, allowed a walk and the Falcons committed an infield error. That plated the go-ahead run for the Eagles.

The score stayed that way until the bottom of the sixth inning when Lake Leelanau not only took the league but tacked on three insurance runs.

The Eagles scored on a walk, a wild pitch, a passed ball, a single and an infield error to take a 6-2 lead into the top of the seventh inning.

The Eagles went on to get beat by Onekama, 13-5, in the regional championship game.

Kenney took the loss on the mound with a complete game. She struck out 11, walked five and hit two batters. She allowed six hits.

“We didn’t hit when we needed to,” Rossiter said. “We had a great year. A lot of our girls came a long way this year.” 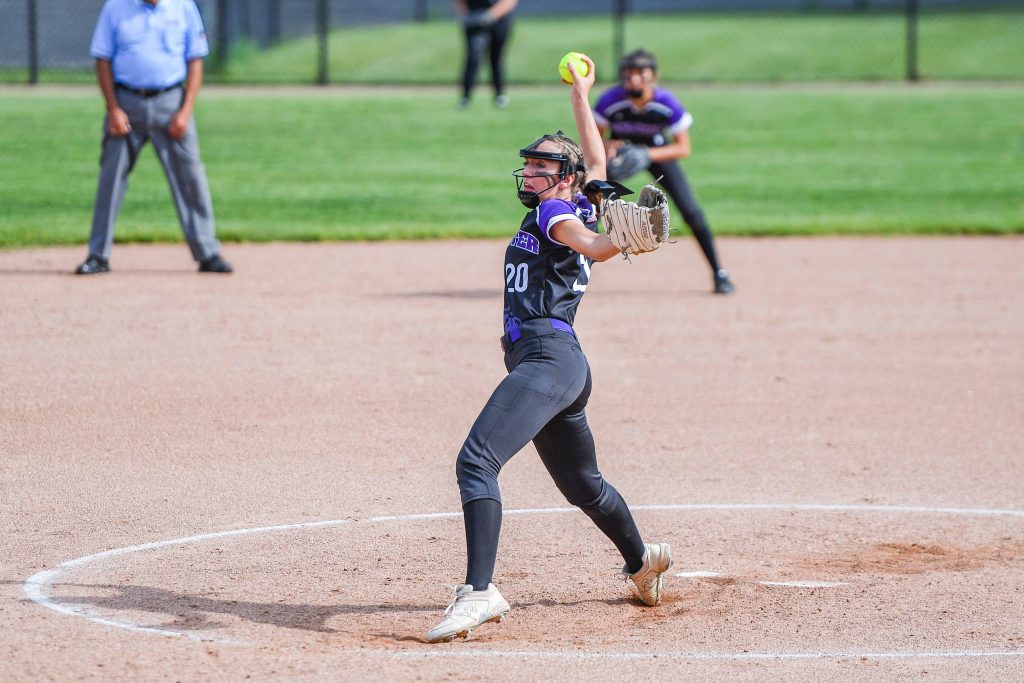 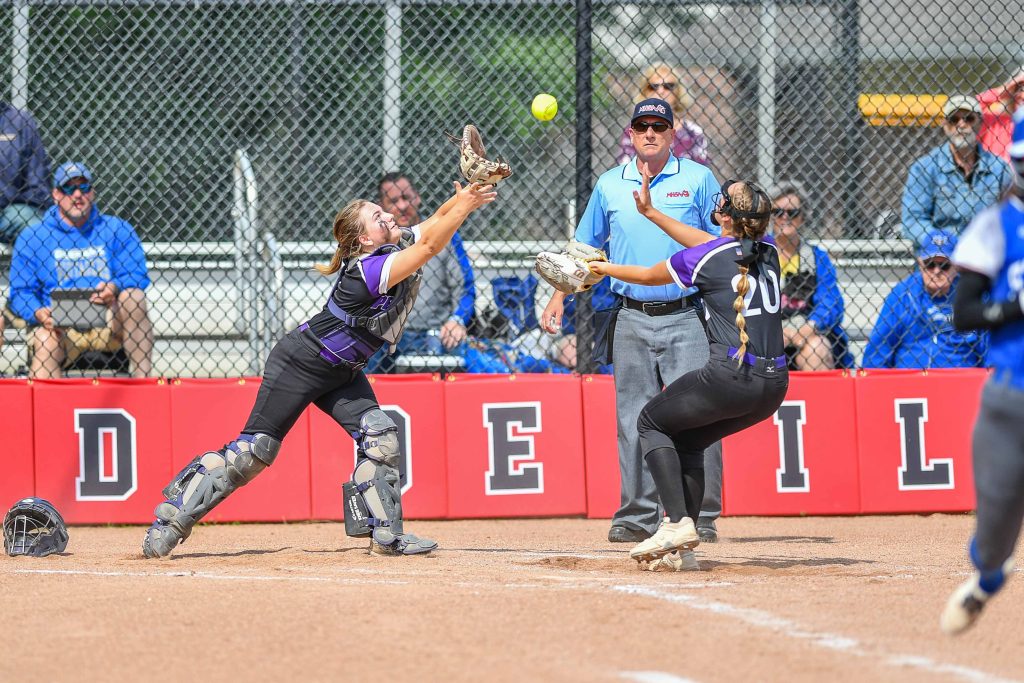 Crysta Cluchey and Mikaylyn Kenney converge on the foul tip for the out. Photo/Eric Sturr 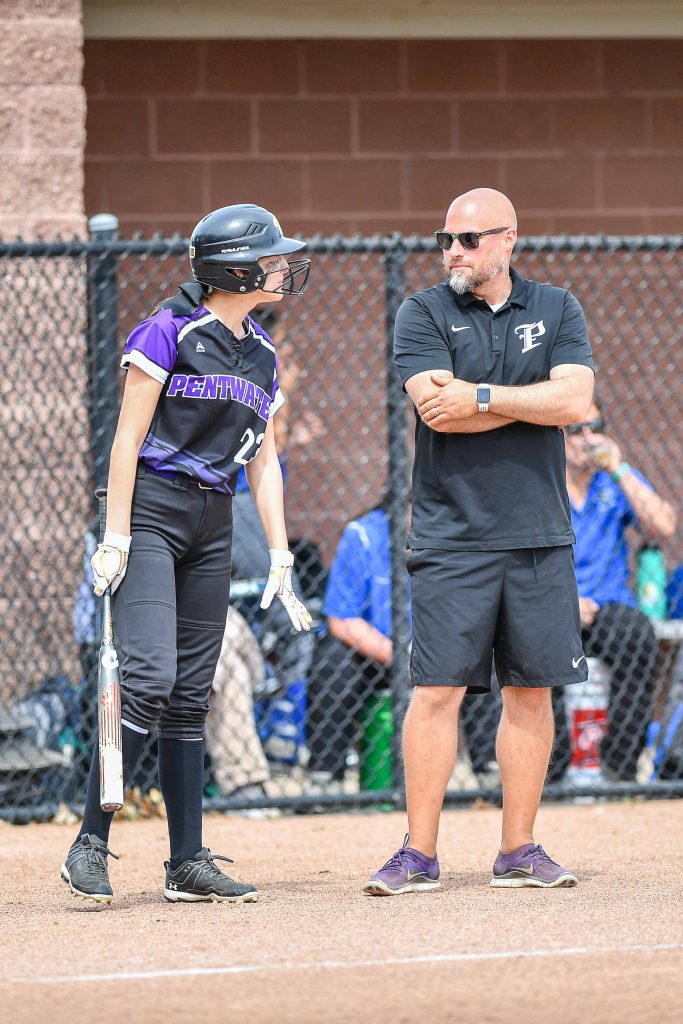 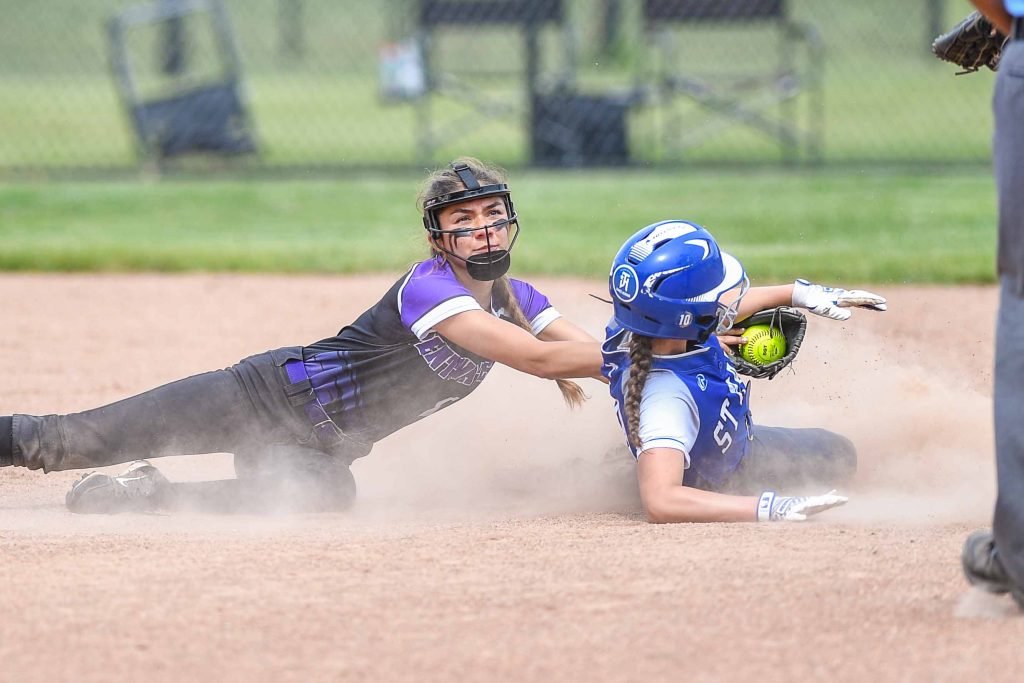 Haidyn Adams applies the tag for the out on the steal attempt. Photo/Eric Sturr 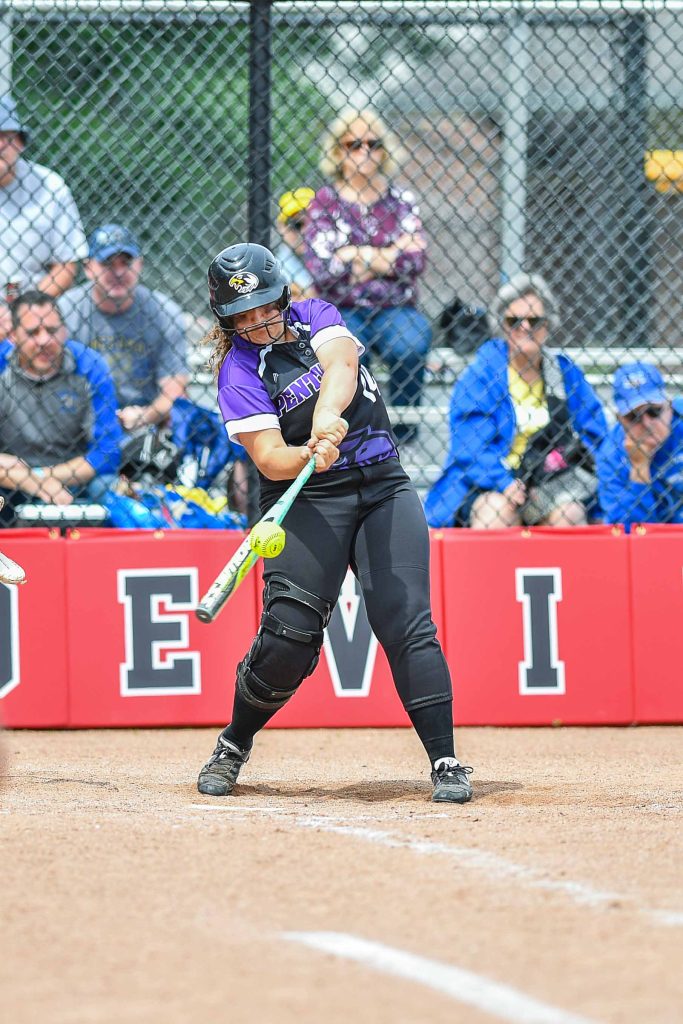 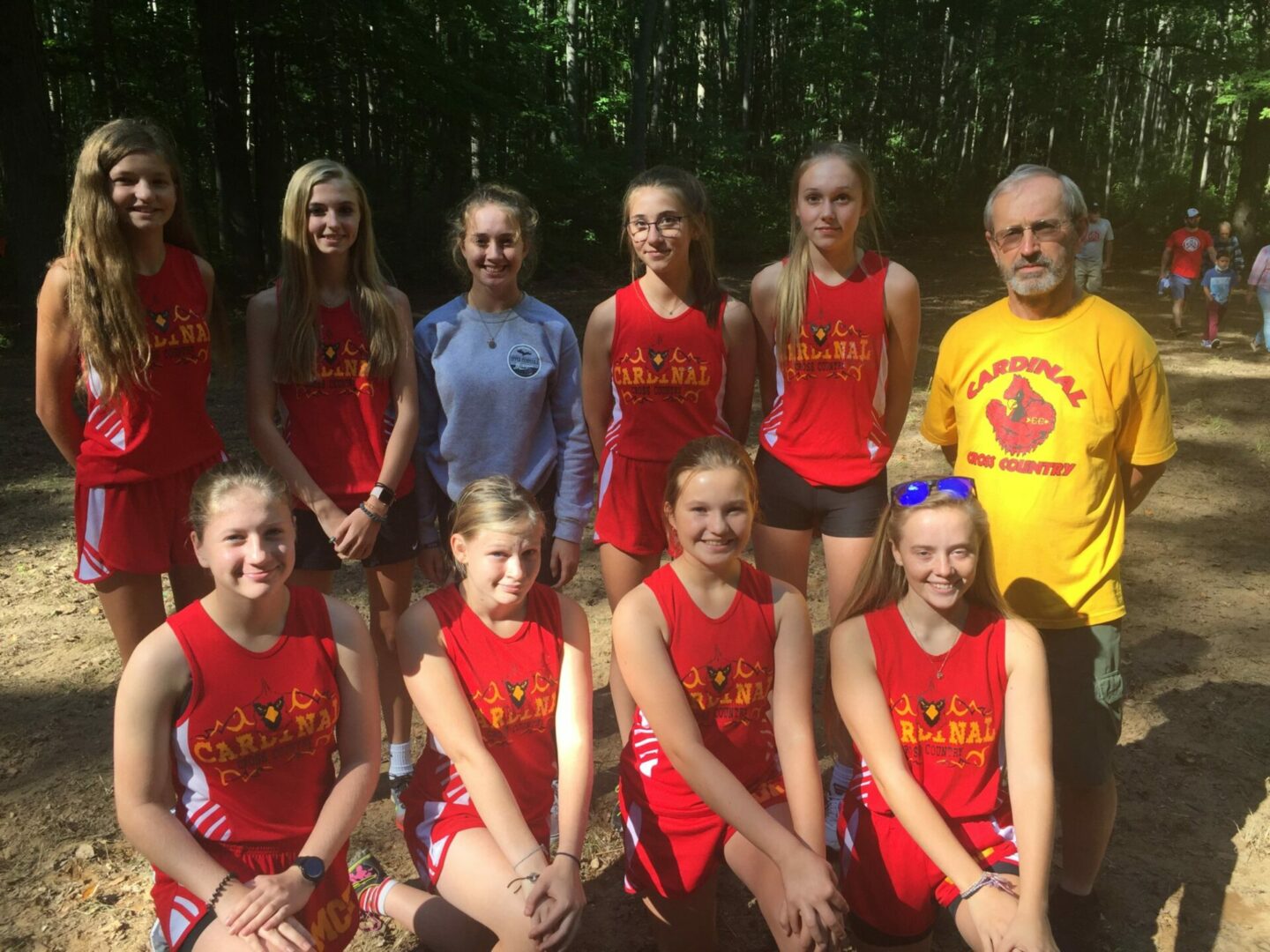