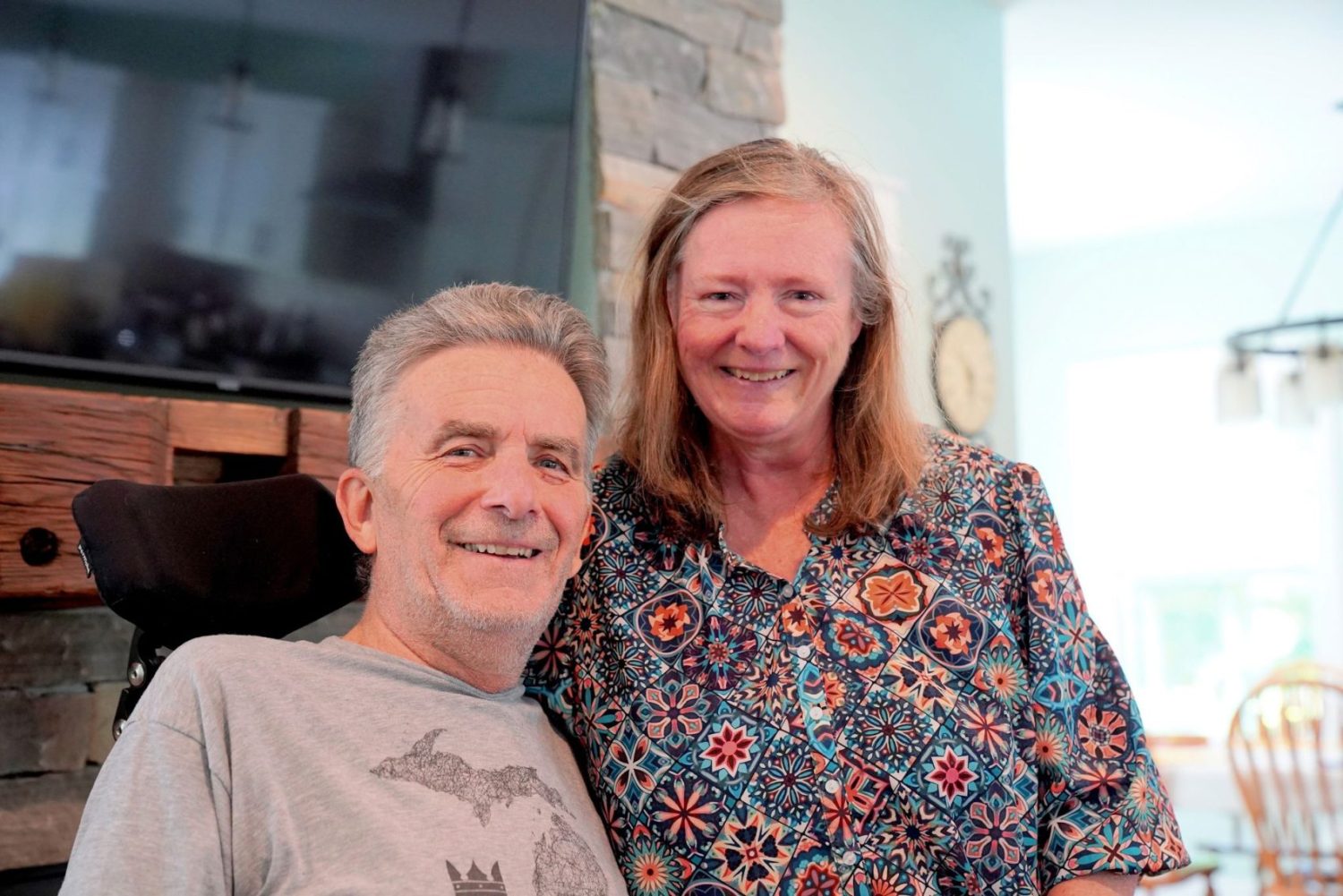 FRUITPORT–It has been a roller coaster ride to say the least for former longtime Fruitport coach and athletic director Ken Erny.

Erny stepped down from coaching 2 years ago after being diagnosed with ALS.

The Michigan High School Soccer Coaches Hall of Fame coach founded the soccer program at Fruitport back in 1990 and coached the Trojans for 19 years.

Prior to his time at Fruitport, Erny coached 10 years at Fruitport Faith Christian (now Fruitport Calvary Christian). Overall, Erny retired with a varsity career record of 335-182-32. 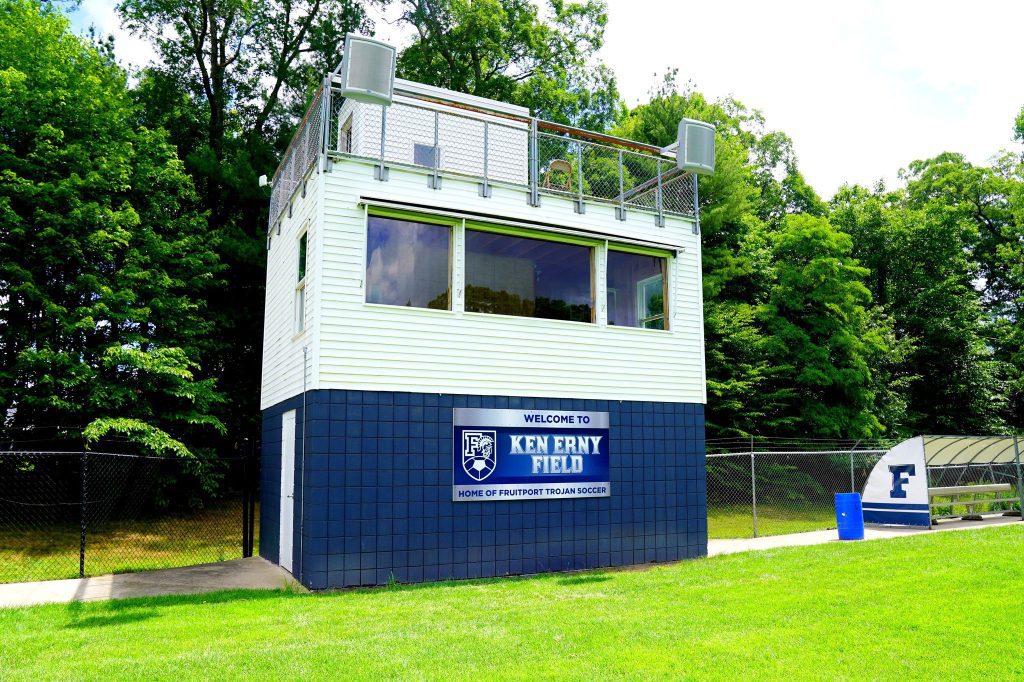 In October 2020, the Fruitport soccer field was dedicated in his honor and was named Ken Erny Field. On June 18, Erny was inducted into the Muskegon Area Sports Hall of Fame at Trinity Health Arena in downtown Muskegon.

While Erny and his family were in attendance, he was unable to speak, but gave a heart-wrenching 7-minute video speech that prompted plenty of emotion among those in attendance.

Erny and his wife, Lori, had an open house on June 25 to show their gratitude for those who contributed their time and talents into their new ADA  home that allows access for Ken. Most of the labor was voluntary for the 3-bedroom, 1,900-square foot home. Ken was quick to point out that the beautiful deck was built by the Trojan football team. 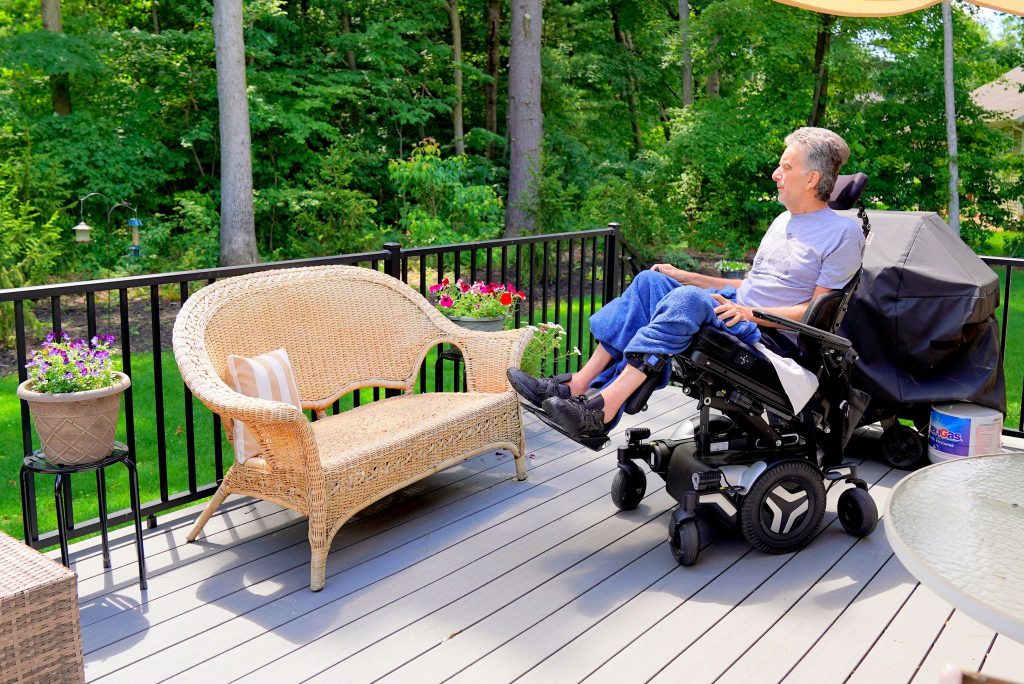 The Erny’s moved from their home of 27 years back in December. There was more reason to celebrate as Ken and Lori recently celebrated their 43rd wedding anniversary.

Doug Dewey, the Director of Engineering for MillerKnoll, Inc. in Holland, was instrumental in overseeing the building of the new home for the Ernys.

“I helped to turn Ken and Lori’s vision for this home into architectural drawings and then worked on the quoting of materials and coordinating sub-contractors,” Dewey said. “I worked with the volunteers once they were on-site to work safely and keep the project moving forward each build day. Of course, I did my fair share of physically building the project as well.

“My wife Michelle and I have known Ken and Lori for 15-plus years.,” Dewey said. “We first met them when my step-daughter, Jacqui, started dating their oldest son, Steve. Our families have been interconnected ever since and we attend the same church. Obviously we share many family events together. I built a personal connection to Ken through a men’s morning Bible study class shortly after we met. This was a great time of connection because I was drawn to Ken’s selfless and humble personality.” 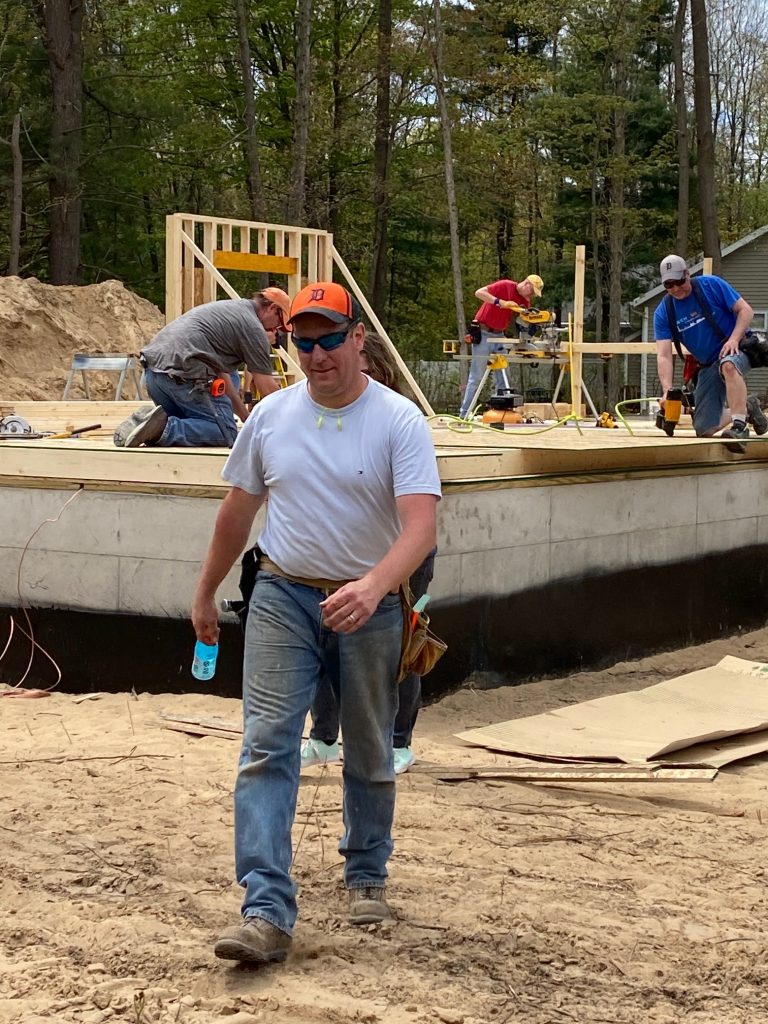 Bruce DeVries, who is employed at Fruitport Schools doing landscaping and other projects, has always had a passion for being creative so he headed up the landscaping at the Erny’s new residence.

“I think it was a couple of months to make the boulders in the front yard,” DeVries said “But the ideas came together pretty quickly . But it also helped to have all the plants donated by my friends at Rivers End Gardens in Twin Lake. They were wonderful to give so many plants.” 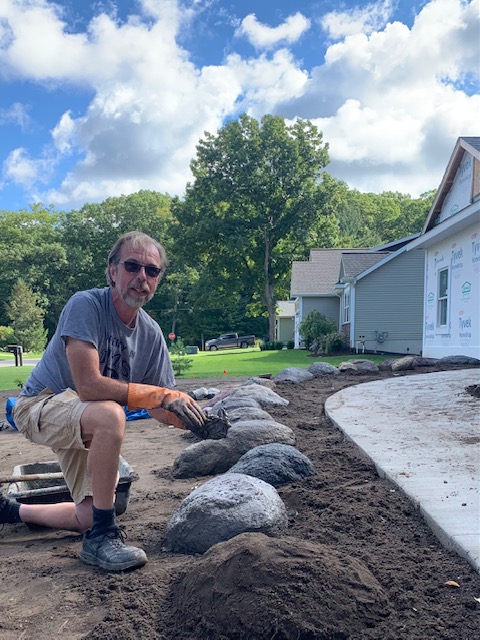 DeVries worked on the project on his own time.

“I felt really privileged to be a small part of such a great project with so many great volunteers for a man like Ken Erny who has been there for so many people through the years, including me,” he said. “How could you not volunteer?”

The hall of fame coach was also in need of a different mode of transportation in order to get back and forth to medical appointments.

Assistance for a handicap vehicle came locally from Johnson Auto Sales in Fruitport and All Shores Wesleyan Church, where Ken and Lori have attended for many years.

“Let me start by saying that we were more than happy to help the Erny family in their time of need,” said Brian Johnson from Johnson Auto Sales. “Ken is a class act, and we are so thankful that we were able to give back to someone who has done so much for our community and youth.

“Ken and his entire family have been long time customers,” Johnson said. “We tried to make the purchase of the van a lateral move for them to be able to get into a vehicle that better suited their needs..

“A handicap van is obviously not a normal inventory item, so we had to think outside of our normal buying channels to find something that would work for them,” Johnson said. Eventually they were  able to locate a van outside of Michigan and had it shipped directly to Fruitport in March.

“The most important feature of the van, obviously, is the power ramp so Ken and his family can travel more efficiently with his wheelchair,” Johnson said. “The van also has some upgraded options including leather seats, remote start and a key fob that can open the van door and lower the ramp remotely. Last but certainly not least, the van was Trojan blue.

“This was a unique and special situation” Johnson said. “The majority of our staff is Fruitport alumni, and all had the privilege to be athletes/students under the leadership of Ken in his tenure at Fruitport. People like Ken are few and far between.”

There also was the task of selling the Erny’s Subaru. Financial assistance, in the meantime, came from All Shores Wesleyan. 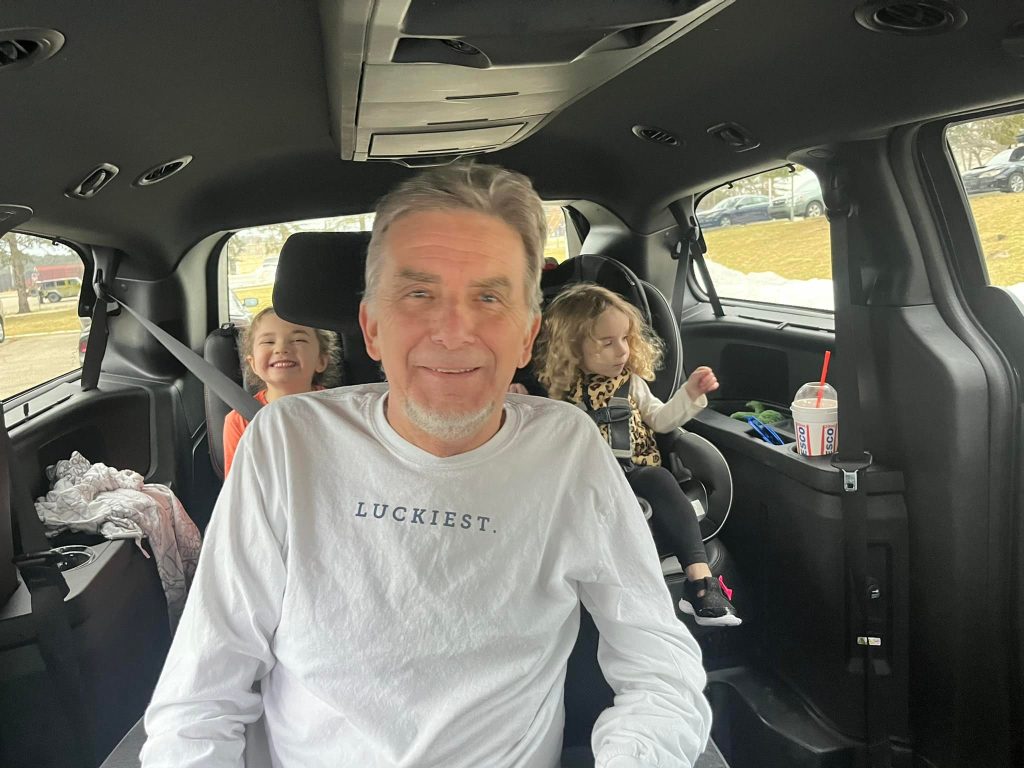 “When Ken was diagnosed it was so inspiring to see Ken’s family rally around them and decide they would do everything they could to stay connected and support each other” Boomgaard said.

Ken Erny’s love for the church, community and school was paid back in a big way when he needed help most.

“Jesus told us he did not come to be served, but to serve others and we should do the same,” Boomgaard said. “So many people have helped from the community and we love partnering in this way.” 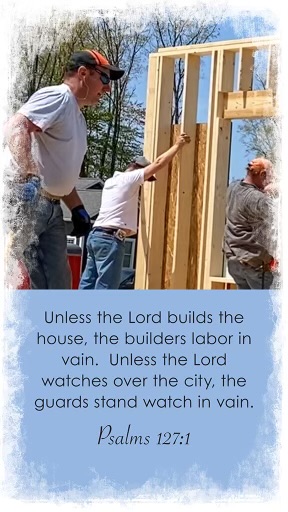 Several church members provided significant help in building the Erny’s new home. When help was needed to secure a van, the church came to their aid.

“God has been generous to all of us and we want to be generous to others in need when we can,” Boomgaard said. “Members of his small group have made meals, called, texted, helped Ken physically when needed and simply sat with them as well.”

The church stayed connected with Ken and his family and brought communion and worshiped with Ken in his home.

“This is a terrible disease and is so hard, but Ken and Lori’s faith have inspired us to trust God and care for our friends in the midst of it,” said Boomgaard.

“Overall, the project turned out excellent,” Dewey said “The home is very nice and is extremely functional for Ken – even as he continues to deal with increasing challenges.

“I firmly believe this entire project was guided from a power greater than any of the participants,” Dewey said. There were so many times when we were in a bit of a bind and needed to find materials or the correct resources to help and they were simply presented to us. So many volunteers gave graciously of their time, financial contributions and expertise to make this project a reality.”

There was much more to gain from the experience, other than building a new home for the Erny family.

“Lasting friendships were created between the volunteers and the feeling of being part of something bigger than ourselves is extremely rewarding,” Dewey said. “I would encourage everyone to find the time to be part of a volunteer project – there are so many needs in our communities these days. The exhilaration which comes from participating in life changing work for those in need is one of the greatest feelings in the world.”

Ken continues to rely on his strong faith during this situation. And, it’s been an inspiration to others throughout the community and beyond. 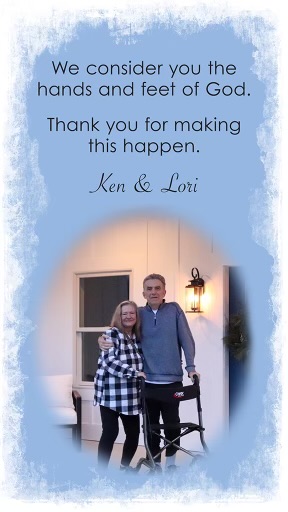 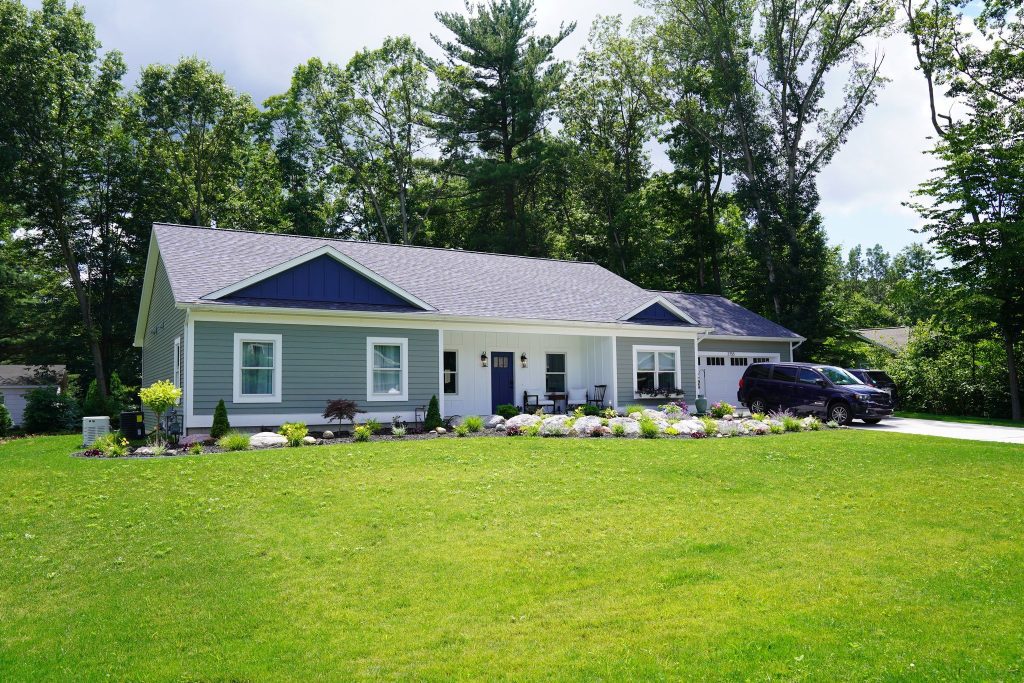 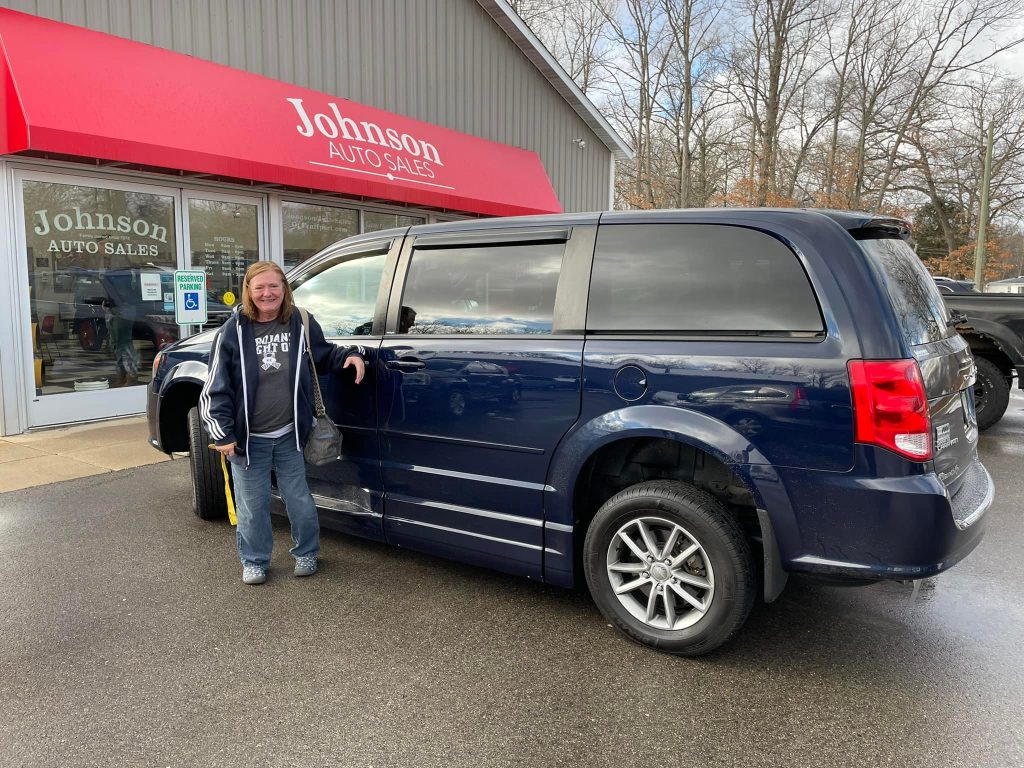 All photo’s below are courtesy of Ken and Lori Erny 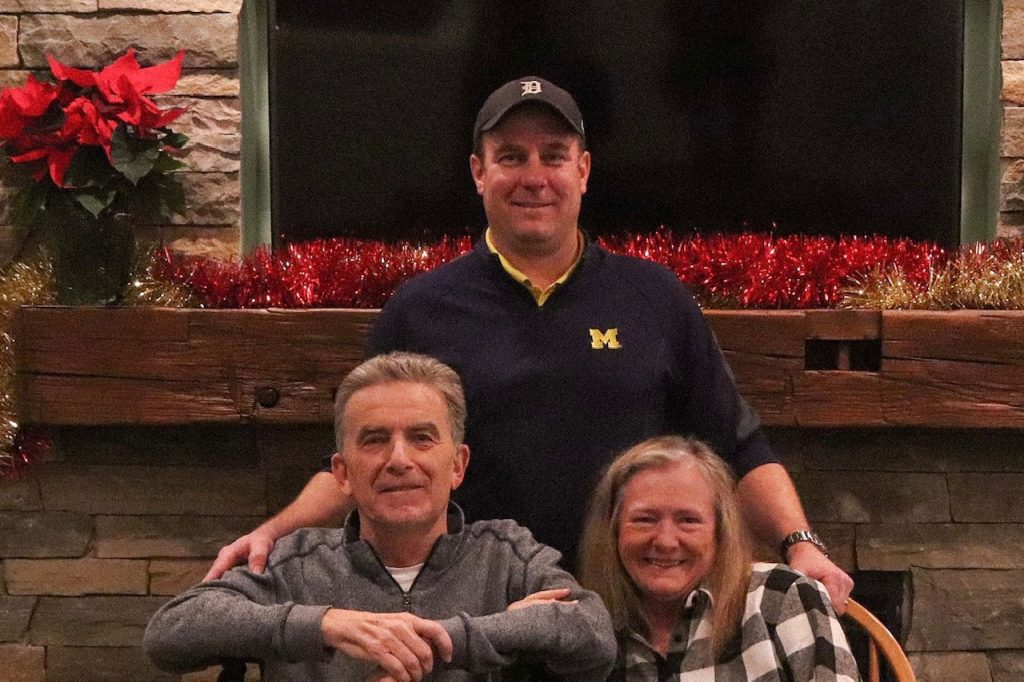 Move in day during Christmas week of 2021. Ken and Lori Erny with Doug Dewey 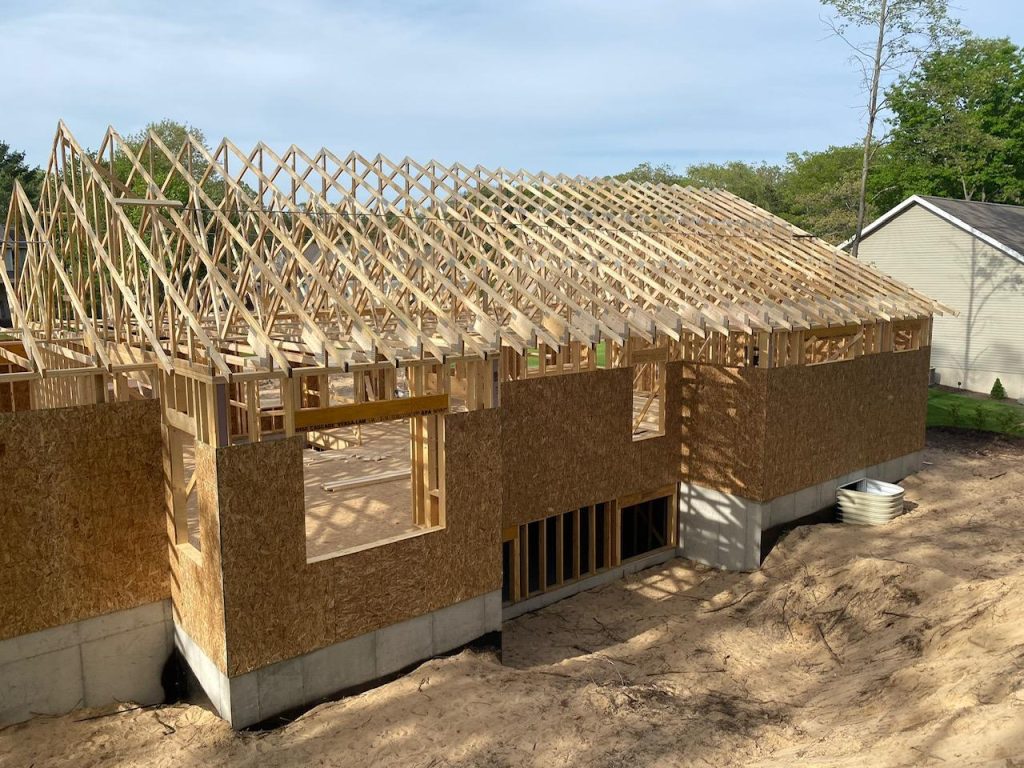 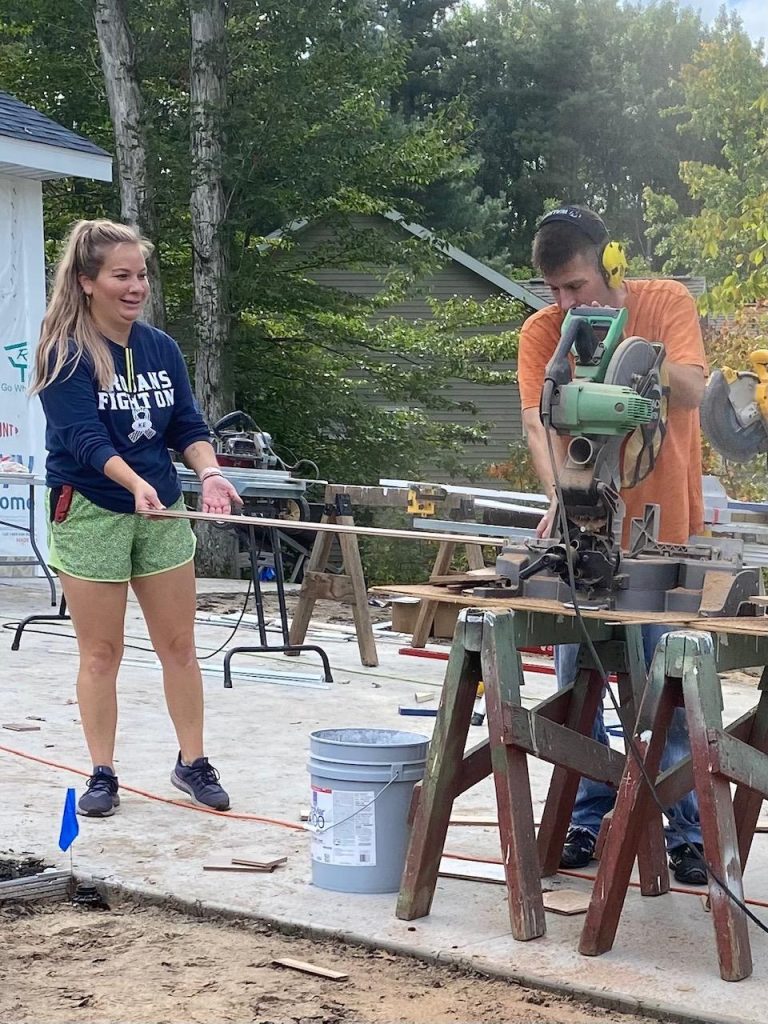 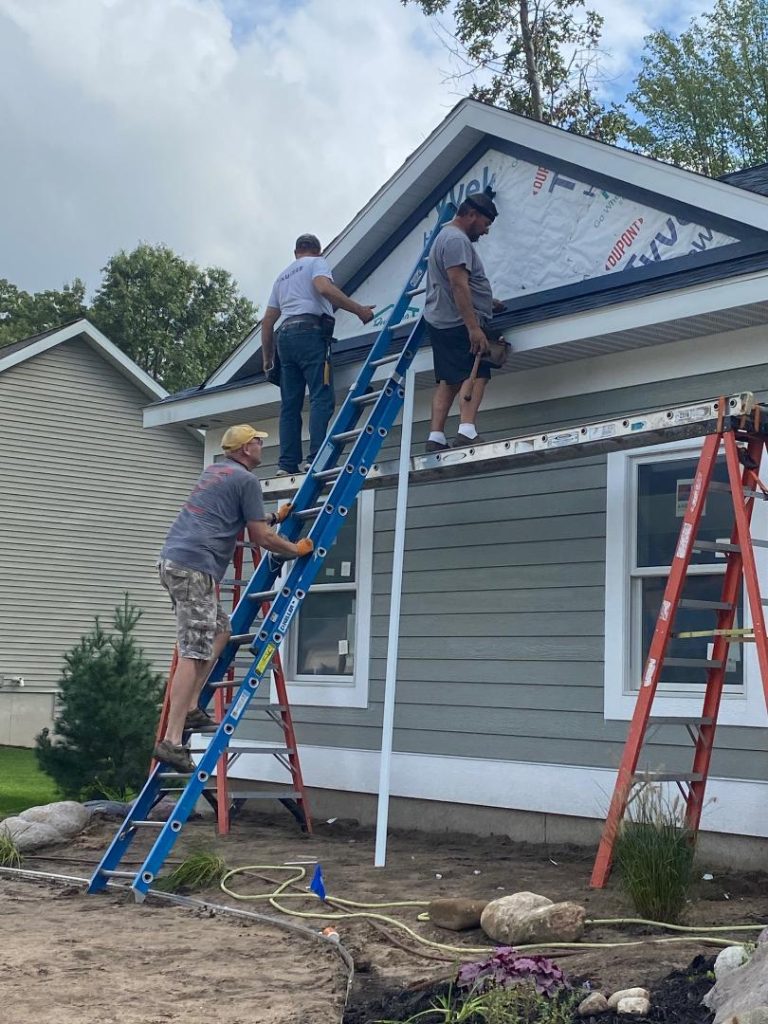