She finished with a time of 19:25.76. However the Eagles placed second in team results with 61 points as they were edged out by Plainwell with 43 points. 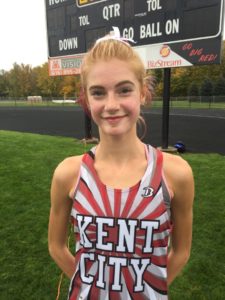 The only other local top ten finisher was Kent City junior Jaren Vogel, who came in 10th place.