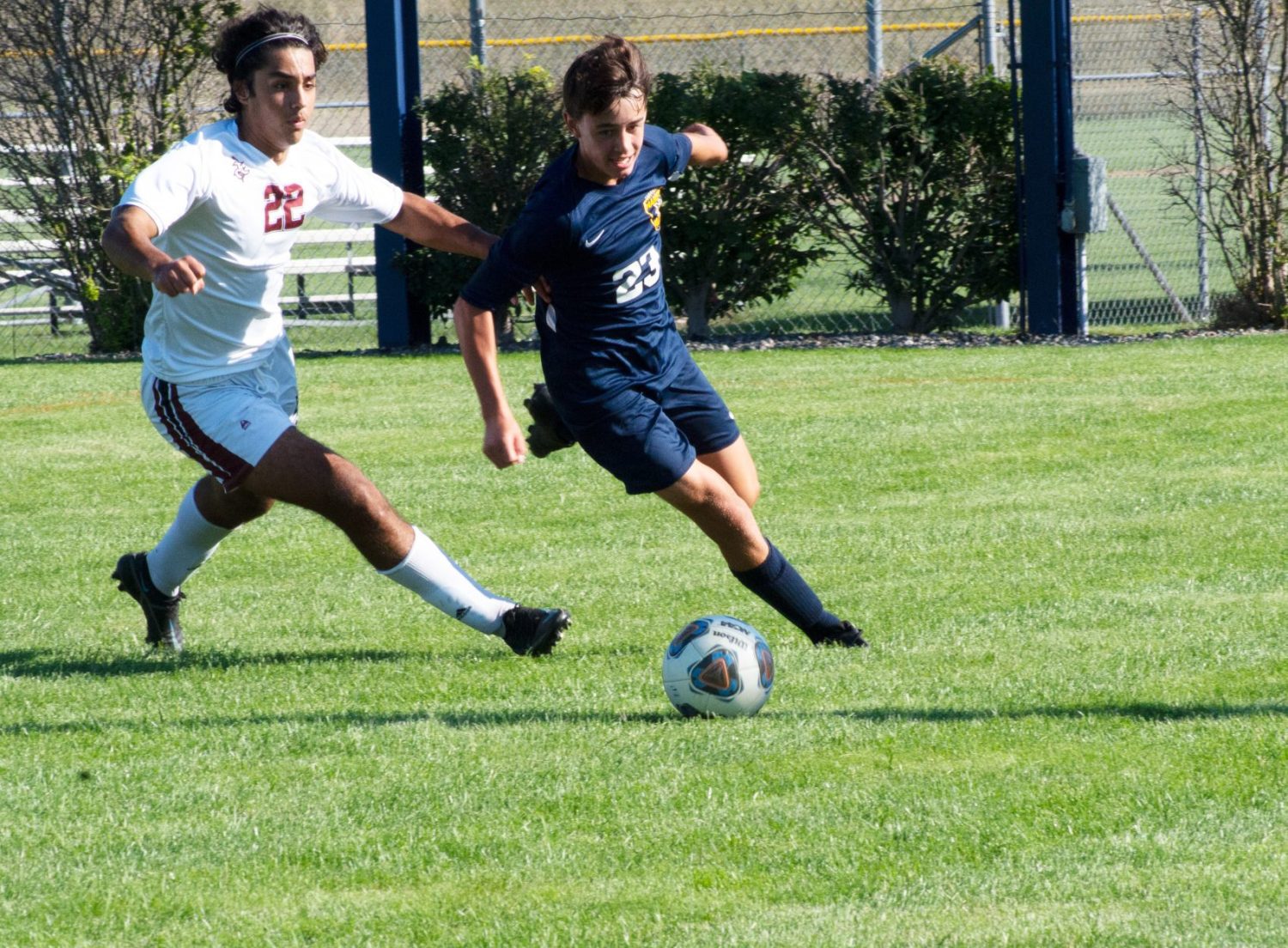 MANISTEE — Grayson Prince made a good save on the shot, but another Traverse City St. Francis player was right on the ball to bury the rebound into the Manistee net for a 1-0 non-conference boys soccer win over the Chippewas.

The game was played Wednesday at Chippewa Field.

The Chippewas’ defense was stout the entire game, limiting the Sabres to few good looks on frame, and Prince took care of the rest with some outstanding saves on the quality shots Traverse City did get.

“It went right to plan,” Manistee head coach Brandon Prince said. “A little mistake on the goal that got in, but being this early in the season, seeing the results we did, it was good.

“Grayson made a good save. He could change that save (to prevent a rebound), but we could have also followed the shot a little differently defensively. They got one in. They earned it.”

Prince was impressed with how well the Chippewas executed the defense they had worked on the last couple days. He wasn’t expecting such a solid effort in the first game.

Despite not scoring a goal, Prince wasn’t disappointed in the offense.

“We knew, with the way we were going to play defensively, that offensive chances would be few and far between,” Prince said. “We knew that coming in.

“(But) we actually created more (chances) than I intended early on. Watching our backs push up the way they did, especially in that last push … that was good.

“I’m tickled with seeing this early in the season playing a quality team that’s deep and doing so well. They have a bunch of pink jerseys (reserves) on that bench, and we’ve only got one yellow.”

The end was a little questionable, with the officials opting to not call a possible hand ball right at the whistle. Prince thought that call could have been made.

“But, that’s the way the game falls,” said Prince. “We accept it and move forward. I thought the guys played so well for being thin on the bench.

“First game of the season is always one of those games to find your legs and get the jitters out.”

Manistee is home again Friday for another non-conference game with North Bay at 5 p.m. 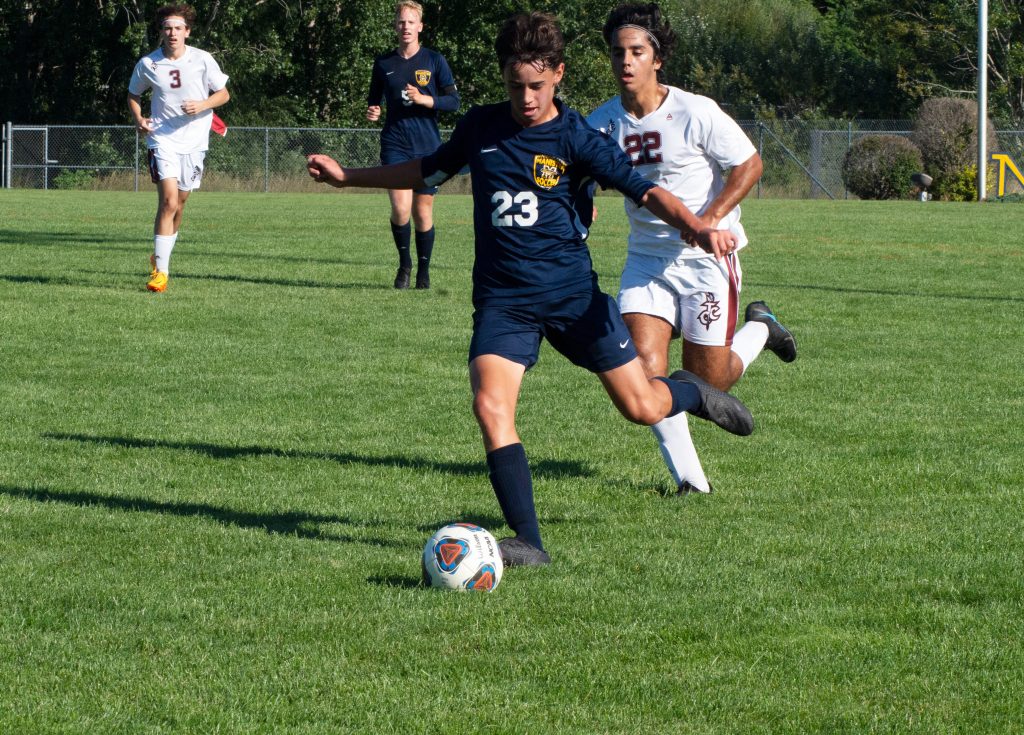 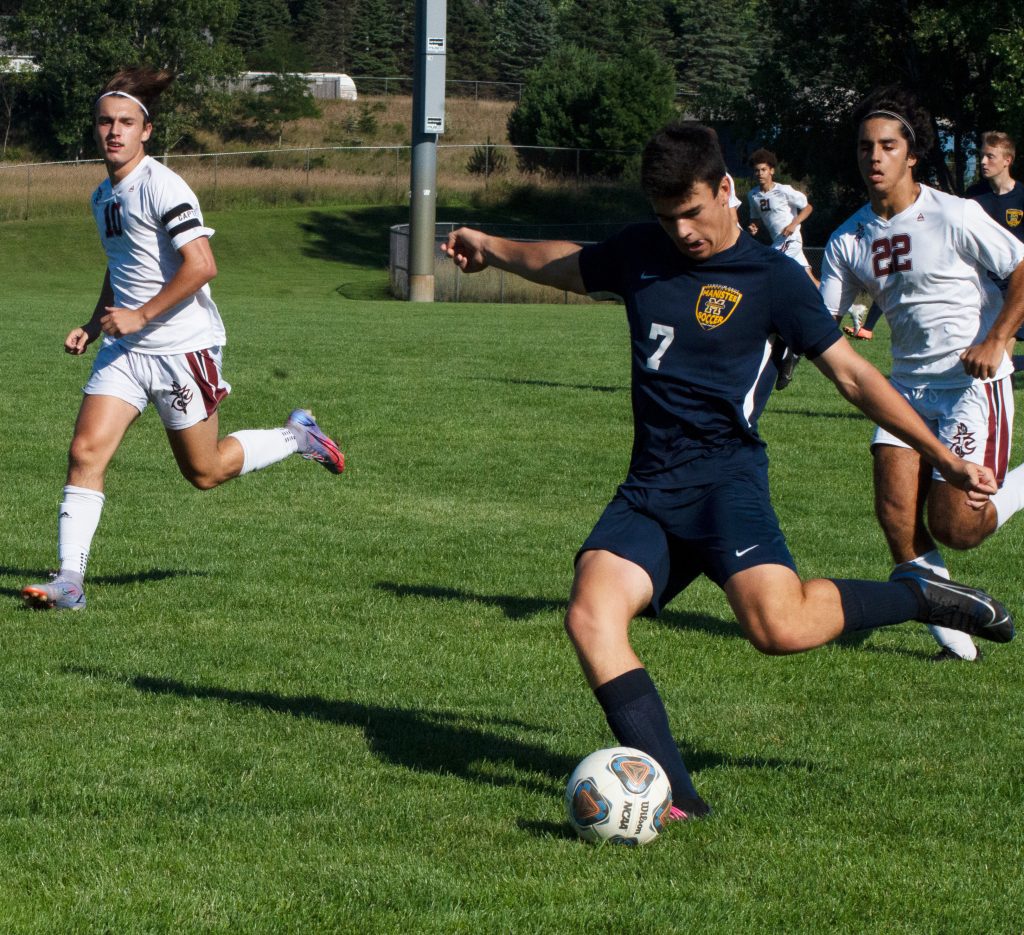 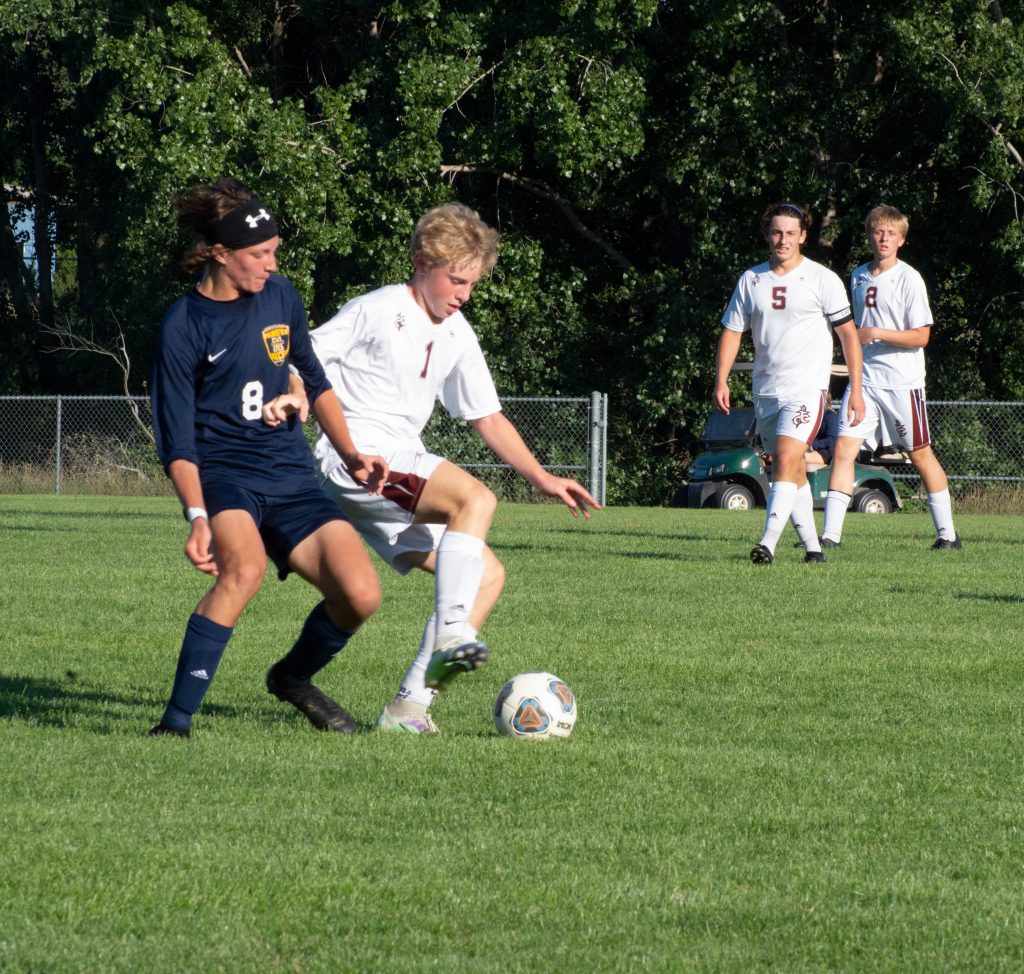