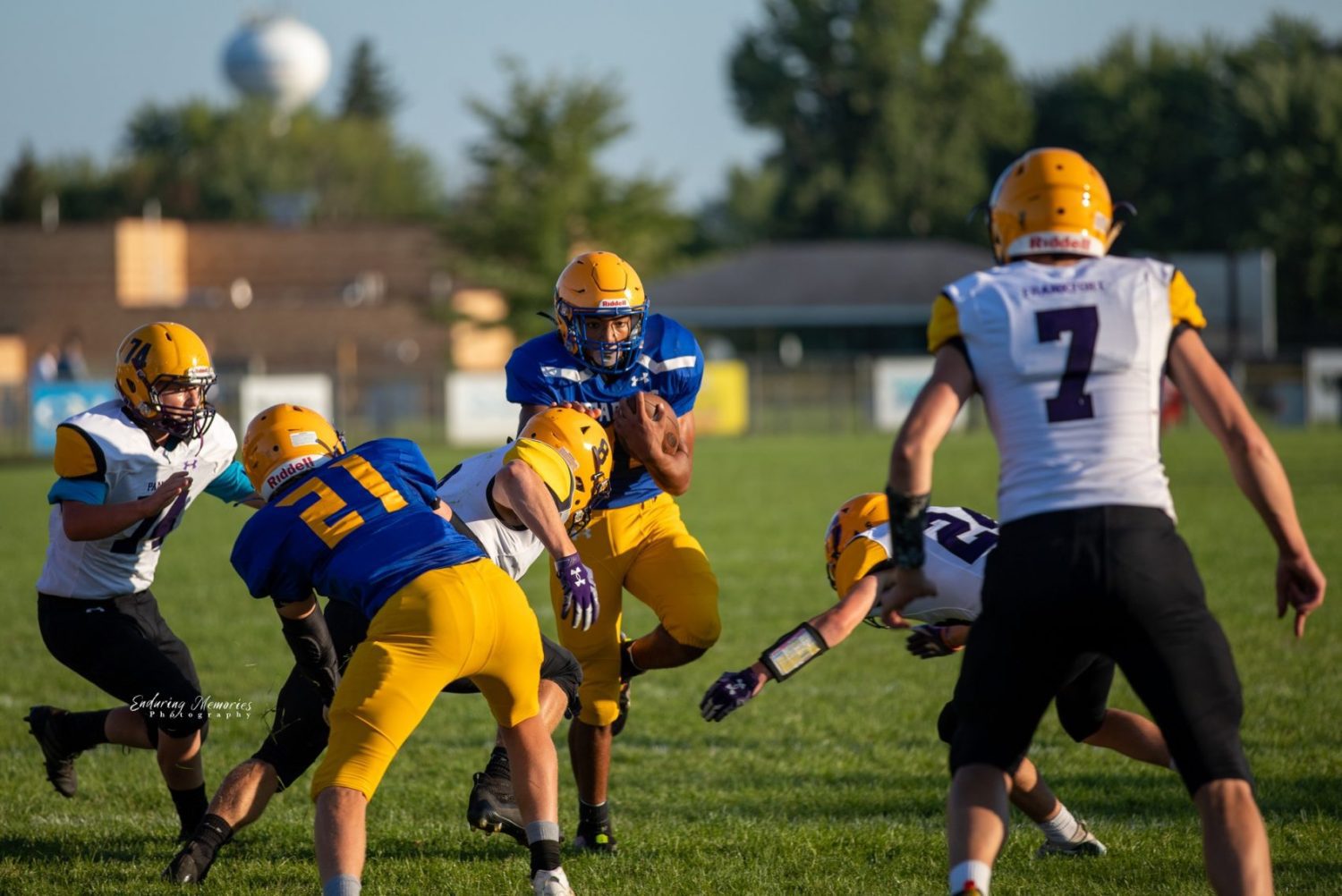 SCOTTVILLE — Mason County Central had a four-point lead at halftime, but it could have been more had it not been for some mistakes on the part of the Spartans.

Those costly miscues allowed Frankfort to pull away in the second half for a 33-16 non-conference win Friday night at Spartan Field in Scottville.

Fumbles, turnovers and interceptions – as well as too many missed tackles on defense – left the Spartans shaking their heads.

“We have to clear up the mistakes, and we’ll start winning games like that,” said Spartans coach Scott Briggs. “I thought the first half we had some things go wrong. We were on the goal line and fumbled the ball. There were some times there where the defense rose to the occasion and right after a turnover, or a turnover on downs, the defense did respond and not allow their team to score.”

Frankfort put 14 points on the board in the third quarter while the Spartans were blanked and outscored Mason County 13-6 in the fourth.

Will Chye was 4-of-14 passing for 58 yards and a touchdown for the Spartans.

Merz led the Spartans in rushing with 87 yards on 19 carries. Perrone followed with 44 yards on two rushes and a touchdown.

Chye picked up 23 yards on 14 carries while while McLouth gained 21 yards on six attempts.

Perrone caught two passes for 37 yards and Myer had one reception for 12.

“In the second half, I felt that the defense was still in the right spots, but we failed to make tackles,” Briggs said. “Some of that is just being mentally tough, staying focused when things aren’t going your way. I thought their effort was there, so effort is not the problem. I thought they kind of got down on themselves. That’s something we have to overcome.”

Myer led the Spartans’ defense with 10 tackles, one for loss. Merz and McLouth each made four stops. Chye came up with an interception.

“All the things that went wrong tonight as far as that goes are correctable things,” Briggs said. “We had some missed assignments on offense. We had some technique things we have to get better at. So, it’s nothing that physically we can’t do. That’s promising. It’s just a matter of putting in the work now and correcting those things.”

The Spartans host Manistee on Thursday.