When Flashback and Future Collide 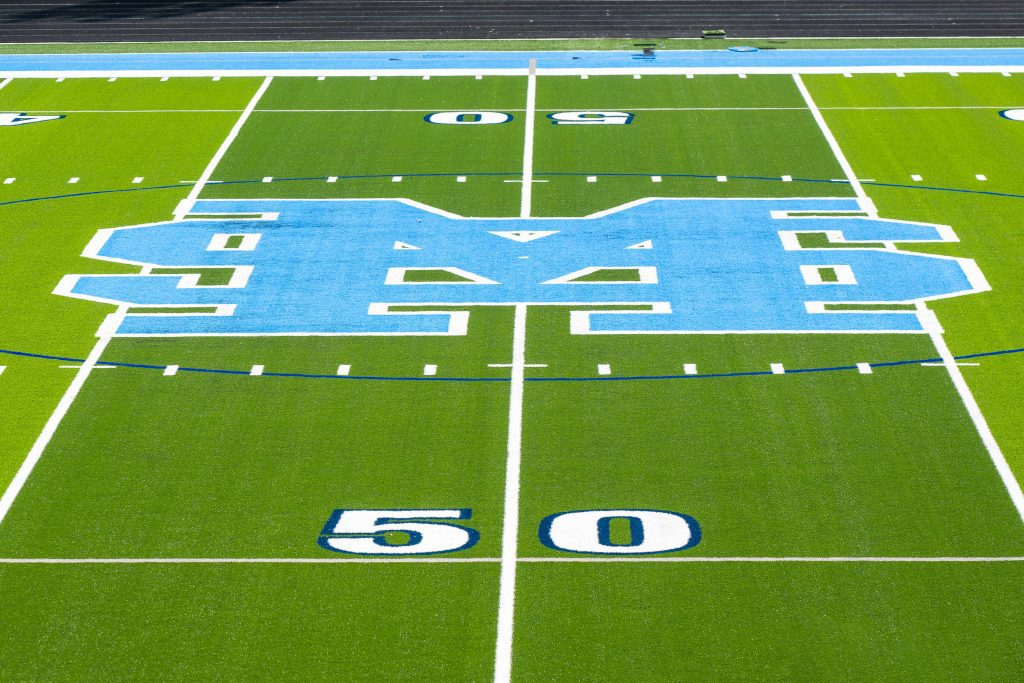 MUSKEGON–A National Historic Landmark, the S.S. Badger – traveling between Ludington and Manitowoc, WI – first entered service in 1953 and is the last remaining coal-fired car ferry on the Great Lakes.

Come August, it will become a key participant in what is being billed as “The Battle of the Badger.”

Hired as head coach at Lincoln High of Manitowoc in 2019, Greg Enz wanted to raise some excitement around their program. The Shipbuilders were looking to schedule a marquee matchup with an opponent of similar size.

One of Enz’s assistant coaches had spotted a connection with Sikkenga.

“The coach that contacted me was from (Michigan’s Upper Peninsula),” said Sikkenga, recalling the Tweet. “I had lived in the U.P. for a little while.” The Lincoln assistant pitched the idea of cross-lake football teams squaring off in a contest. “They asked if we’d be willing.”

Sikkenga brought the proposal to Sailor head coach Matt Koziak and Shores Athletic Director Todd Conrad. With that, the Sailors had a gridiron opener for 2022.

Welcome to prep scheduling in the 21st century. 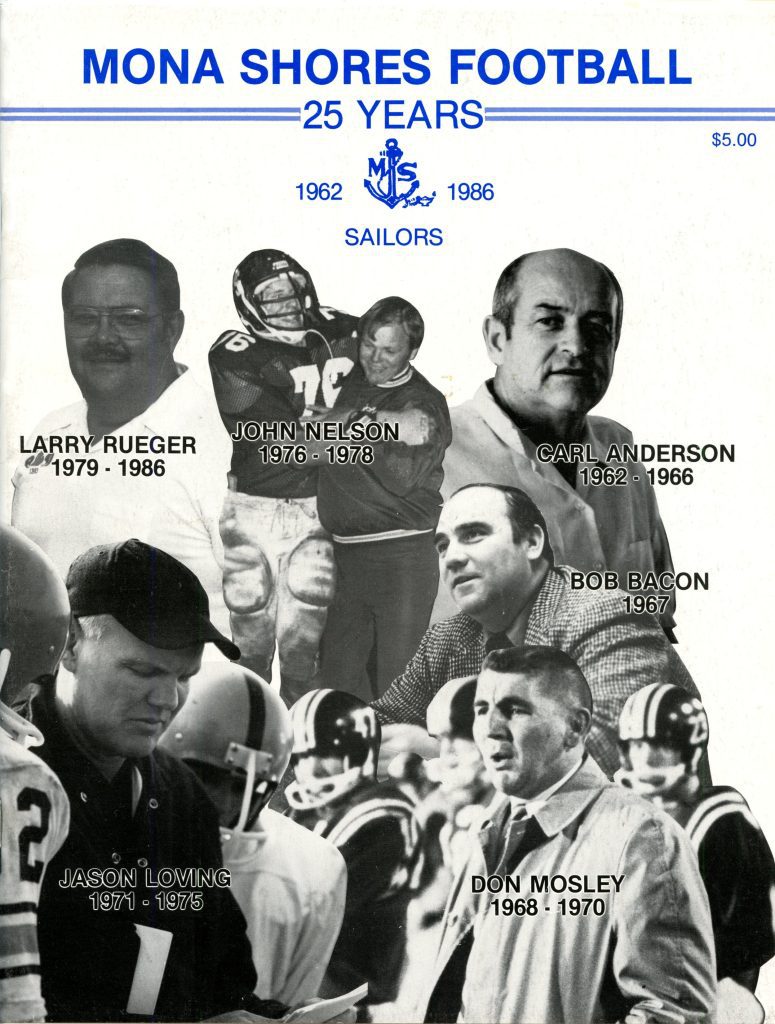 Ships versus Sailors
“According to their coach,” said Conrad, “they had reached out to some other schools and had never gotten anywhere. This is something we thought could give our kids a unique experience, so they’re going to come here this year, and then next year, we’re going to take the Badger over and play at their place.”

That ride across Lake Michigan takes four hours in each direction. Add in about an hour travel time between the cities of Ludington and Norton Shores, and the game will necessitate that each team spends a couple of days visiting each others stomping grounds. That makes for a great bonding opportunity for all involved.

Serendipitous circumstances, exclusive to the upcoming season, should make the game fun and unforgettable for players and fans.

“This is our 60th year of football and this is our first game of the year,” added Conrad. “We’ve invited the surviving members of that first Shores team to be our guests of honor.” To celebrate the occasion, the Sailors have ordered throwback jerseys. “Our kids are going to wear the last name of the person who wore their jersey number from that team No. 1. We’ve got a video scoreboard, so each kid has a 5 second (spot) where they say the name of the person who played for us, and that’s going to run pre-game.”

Add in that Sailor Stadium has been outfitted with a new field turf playing surface that will debut with this contest and you have the making of an all-around special occasion. 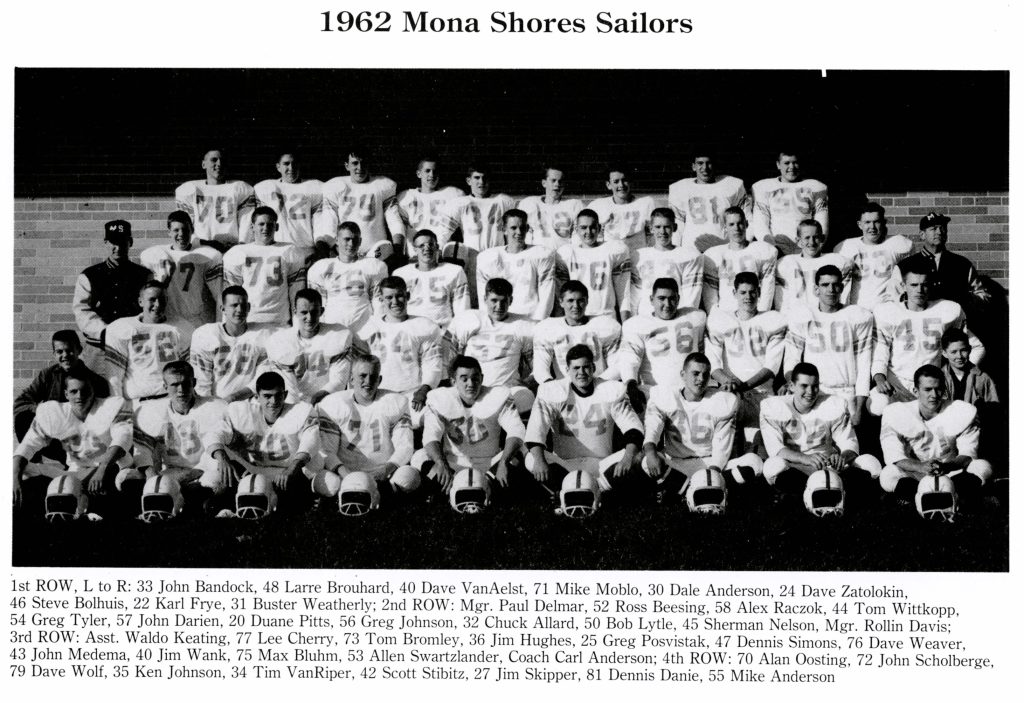 A First for 2023
While the visit to the greater Muskegon area by a Wisconsin team is unusual, it is not unique. Yet, the Sailors’ road trip to Wisconsin in 2023 will be a first, as all previous contests have been played here.

After winning the 2006 Division 7 state title, Muskegon Catholic Central was forced to go outstate to find opponents to fill out their schedule. In 2008, the Crusaders picked up wins over a pair of Wisconsin teams, Milwaukee Thomas More and La Crosse Aquinas, en route to another championship. Located on the Mississippi River, Aquinas’s bus trip to Muskegon was about nine hours in each direction.  In the second week of the 1963 season, MCC dropped a heartbreaker to Milwaukee Francis Jordan, 12-6, following a touchdown toss with just 33 seconds left.

Homecoming festivities at Muskegon Heights in 1957 were planned around the school’s first-ever scheduled game with an outstate opponent, Nicolet High of Milwaukee. However, the Asian flu was sweeping across the Midwest and Nicolet officials contacted the Heights late Thursday to cancel the Saturday, October 12 game, as 50 percent of the student body, and most of the football team was out with the flu. The game wasn’t rescheduled.

Muskegon played their first Wisconsin opponent, Racine, in 1904 and again in 1915. Both were MHS victories. Also dotting their cross-lake history was a win over Waukesha in 1915, and a split with West Division High of Milwaukee in games played in 1916 and 1923. Newspaper and yearbook reports from 1927 provide a great peek into their contest with Kenosha, a 45-0 Muskegon win.

Kenosha’s “22 pigskin luggers” left at 9:21 a.m. Friday via rail for the 35-mile trip to a Milwaukee port and set sail shortly after noon. The delegation was scheduled to dock in Muskegon at 8 p.m., “thus giving the players ample time in which to repair to a hotel and get ‘caught up’ on sleep and possibly from the ill-effects (seasickness) of the crossing … Many of the players were making the lake trip for the first time.”

To the delight of many among the 5,000 in attendance at the recently-opened Hackley Stadium, the uniquely-uniformed Kenosha team presented a sight previously unseen on area gridirons.

“When Kenosha, Wis. High school warriors rush out on Hackley Field Saturday in two elevens, Muskegon fans getting behind the teams will be able to appreciate the lettering and numbering of the visiting team which is the most remarkable of any team ever to play on a Hackley gridiron. 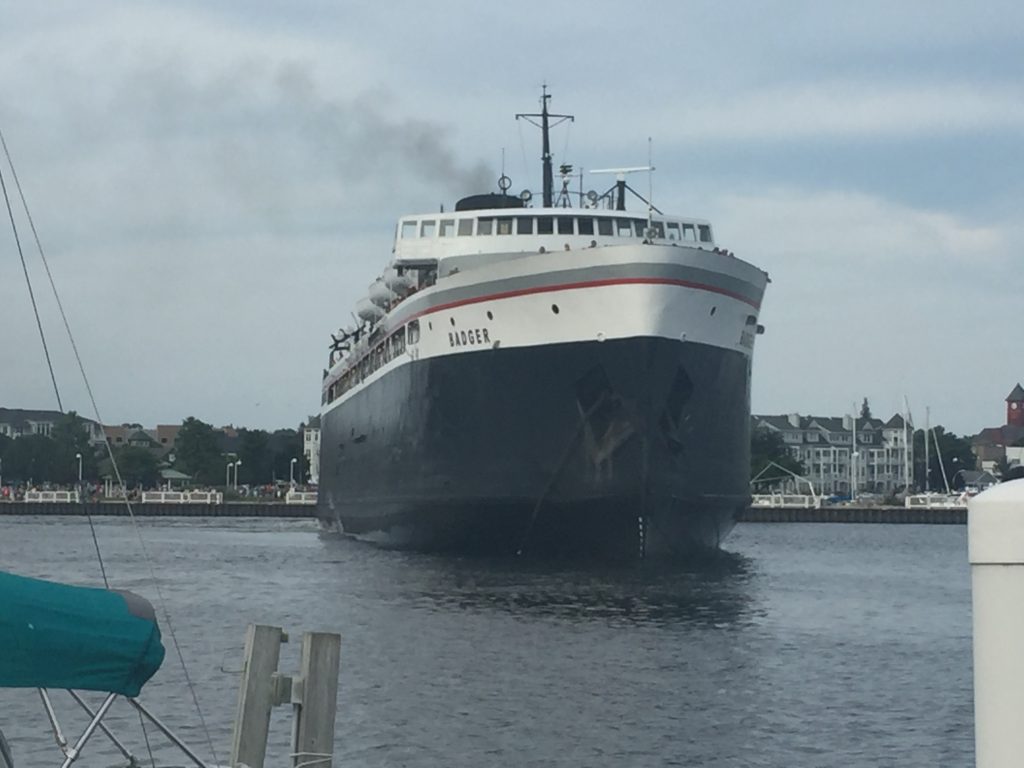 West Michigan falls behind big, but rallies for road win in Fort Wayne