Kent City came into the game as the more experienced team with 8 games already under their belt, while the Titans had only played two.

Kent City put the first score on the board when senior Jaret Jaramillo ripped a shot from the 18 yard line early in the first half.

Dylan Sutton then extended the Eagles’ lead to two a few minutes later when he headed in a cross from Jaramillo.

Grand River Prep quickly responded with a goal of their own after a Kent City handball resulted in a penalty kick for the Titans.

The second half featured back and forth action but no goals by either team. Stout Kent City defense led by a back line of Seth Vanderwest, Aaron Vanderwest, and Yonatan Duran held firm to secure the victory.

Kent City advances to 7-1-1 and will face Howard City Tri County on Wednesday. 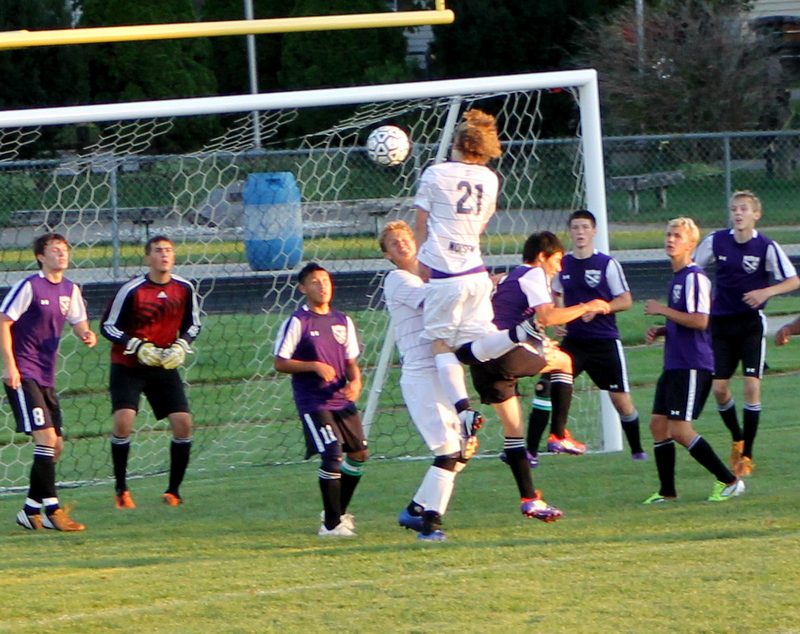