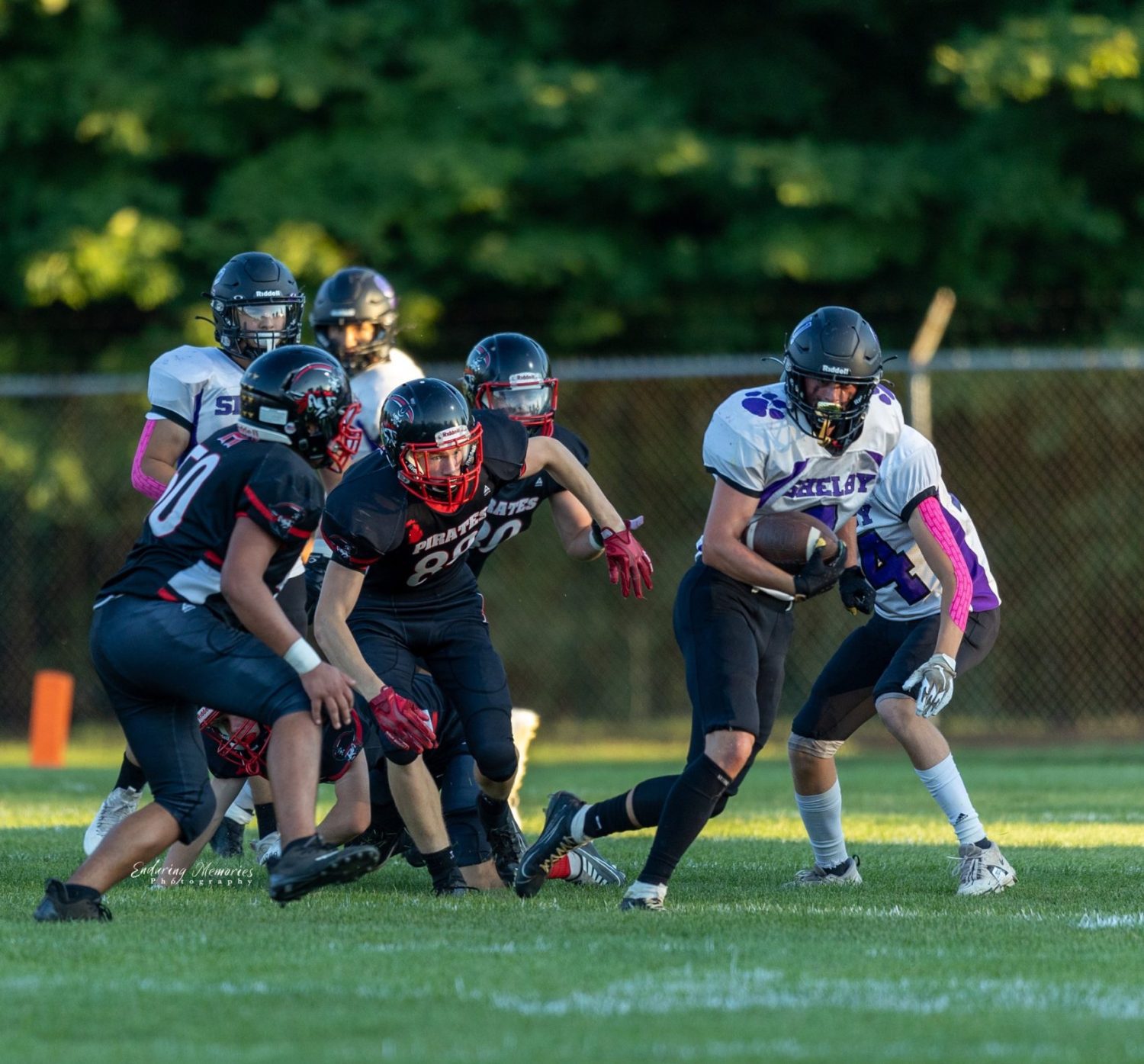 Meanwhile, the Tigers lost their third straight and saw their offense struggle to score for a second week after a 20-point showing in their opener.

“It was a big win for our kids,” said Pirates’ head coach Joe Tanis. “I think it was probably the best game we’ve played so far as a program.

“I think our defense played lights out, and the kicking game was the best it’s ever been. Our guys went out and executed really well after a great week of practice. It was fun.”

Guillermo Ortega kicked a 38-yard field goal and booted three touchbacks on kickoffs as well, preventing the Tigers from doing any damage on runbacks.

The Pirates enjoyed a balanced rushing attack with Connor Edwards leading the way, accumulating 85 yards on just eight carries with a touchdown while Joseluis Andaverde getting 14 touches to pick up 83 yards and scoring a TD.

Eman Hertzler contributed 73 yards on nine totes, Trayce Tate added 50 yards and a touchdown on 12 attempts while Austin Martinez ran for 34 yards and a TD on seven tries.

Hart quarterback Trenton Swihart finished 2-of-6 passing for 60 yards and a score, a 26-yard strike to Bryce Jorissen.

It was a relatively clean game, with Hart taking six penalties for 37 yards and the Tigers flagged five times for 45.

“It truly was about the line of scrimmage,” Shelby head coach Phil Fortier said. “We had a really hard time getting the ball to our playmakers.

“They (the Pirates) executed very, very well on offense as well as defense. There you have it. We struggled to get anything going on offense.

“It’s hard to call plays to find something. We made a switch at quarterback at half and got a little spark out of that. Our quarterback, Travis Boughn made a real unselfish move and was all behind it.”

Isaiah Garcia was inserted as the signal caller to start the third quarter, and Fortier was pleased with the performance of each player the rest of the way.

“Travis is just such a big, physical guy and having that presence in the backfield with the offense we run, it might be what we need,” added Fortier.

“Personnel is always a puzzle, making sure that kids get put in the position to be successful. We’ll continue to work on that.”

Hart will face Muskegon Heights while Shelby travels to Ravenna on Friday, Sept. 16.

Ludington takes advantage of turnovers to roll past Manistee