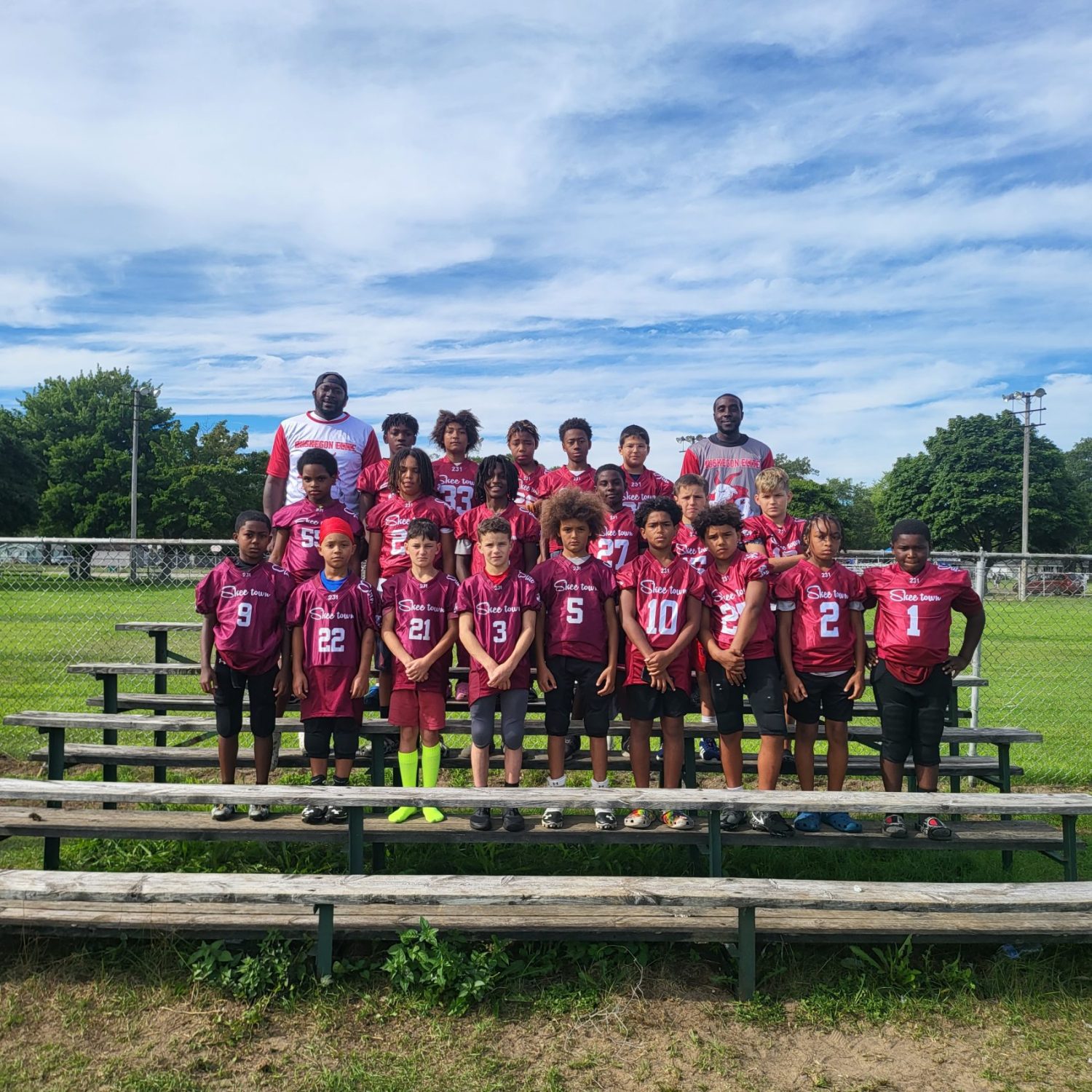 MUSKEGON – Aidan Hutchinson won’t be the only player making his regular-season debut at Ford Field on Sunday, Sept. 11.

After the Lions and Hutchinson, the prized rookie defensive end from the University of Michigan, square off against the Philadelphia Eagles, a group of players from youth teams from the Muskegon area and Fremont will battle on the same big stage in downtown Detroit as well.

The opportunity presented itself through the Lions’ Football Education program, which each year offers youth teams from around the state the chance to apply to play at Ford Field.

Katie Smith, the president of the Fremont Youth Football program, said she’s applied each of the past three years, but wasn’t selected and she honestly didn’t believe they’d be picked this year, either.

“I honestly forgot about it,” she said. “But then I opened my email and saw that we were selected. That was about the second week in August, so we’ve had about a month to prepare.”

Aside from sending their fifth- and sixth-grade team to Ford Field, Smith said they were recently notified that there was an opening for their third- and fourth-grade team to play as well, so they’ll also be heading to the Motor City.

“I’m pretty pumped up, but I think the kids are a little bit nervous, having to face a Muskegon Elite team,” said Fremont’s coach, Jason Leslie. “I’ve been coaching in the program for seven years and I’ve had a lot of these kids since they’ve been in kindergarten.”

One player on the fifth- and sixth-grade team is Leslie’s son, Preston, a sixth grader who just turned 12.

“He plays all over, wherever we ask him,” Leslie said. “We’ll have just one game under our belts before we head to Detroit, but these kids all know what we’re running.”

Leslie said Fremont’s team typically stays and plays locally and has around 46 kids at the fifth- and sixth grade level – enough to field two teams.

We looked into getting a spectator bus but decided not to. A lot of the families are getting a hotel room the night before in Dearborn.”

Unlike Fremont, the Muskegon Elite team has a different approach, as they’re members of the American Youth Football League, allowing them to already travel to tournaments in Detroit and Canton, Ohio, which included a visit to the Pro Football Hall of Fame.

Like the Fremont coaches and players, longtime youth coach Johnny Lang said the other coaches in the Bring Back Muskegon program, as well as the players, were thrilled when they found out they were selected to play at Ford Field.

“We applied in July, and they responded back in just a couple weeks,” Lang said. “This is pretty big for us. It really hasn’t sunk in yet. I think it’s going to be an emotional moment. Once I see those kids’ faces when they see themselves on the JumboTron, man, I might lose it.

“That’s something that’s going to inspire them to keep playing football.”

Like Fremont, Muskegon Elite will be sending a pair of teams to Detroit – their 11-and-under and 9-and-under teams, as well as cheerleaders. The 11-and-under will play Fremont, while their 9-and-under squad will tangle with the Kalamazoo Vikings.

Lang said the Muskegon Elite teams, which begin as young as 4- and 5-years old in flag football and up to 13-and-under in tackle football, are primarily comprised of children from Muskegon, Muskegon Heights, Norton Shores, Spring Lake, and a couple from Kalamazoo.

“In the fourth quarter, we’ll head down to get dressed and our kids will form a line and get to shake hands with the Lions’ players as they come off and we run on,” Lang explained.

Sixth-grader Bryson Cena from Spring Lake, who plays right guard and defensive tackle for Muskegon Elite, said he was “really excited,” when he found out he’d be playing at Ford Field about four weeks ago. And there’s one player he looks forward to seeing as the Lions trot out onto the field.

The photo below is courtesy of Katie Smith from Fremont 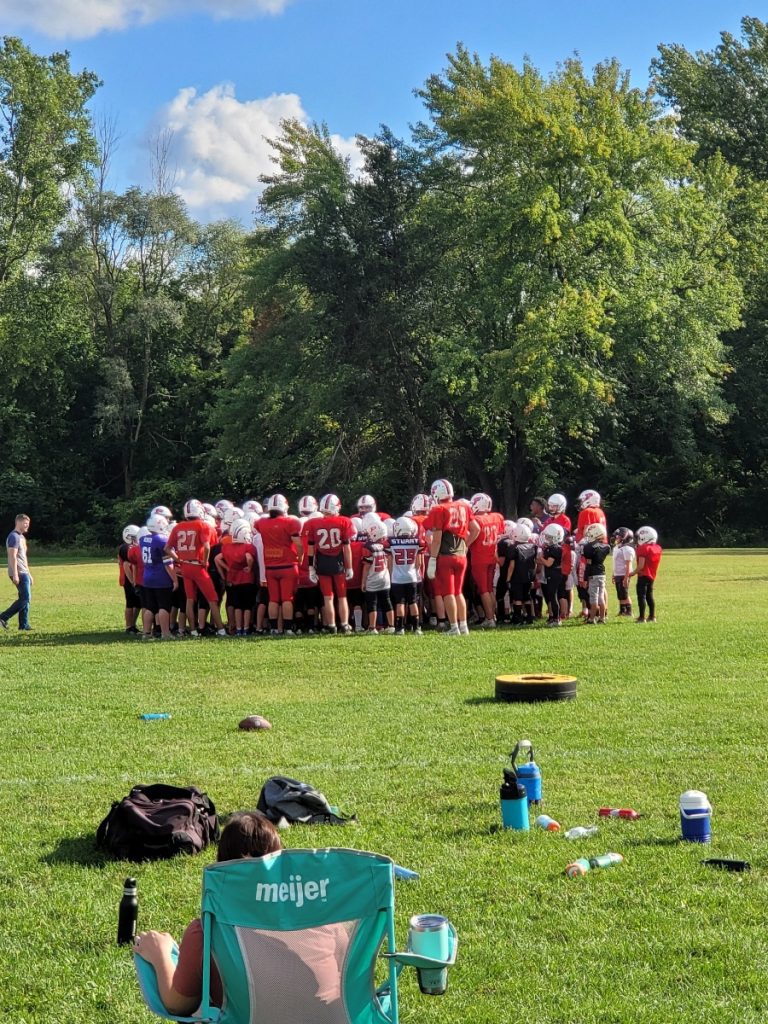