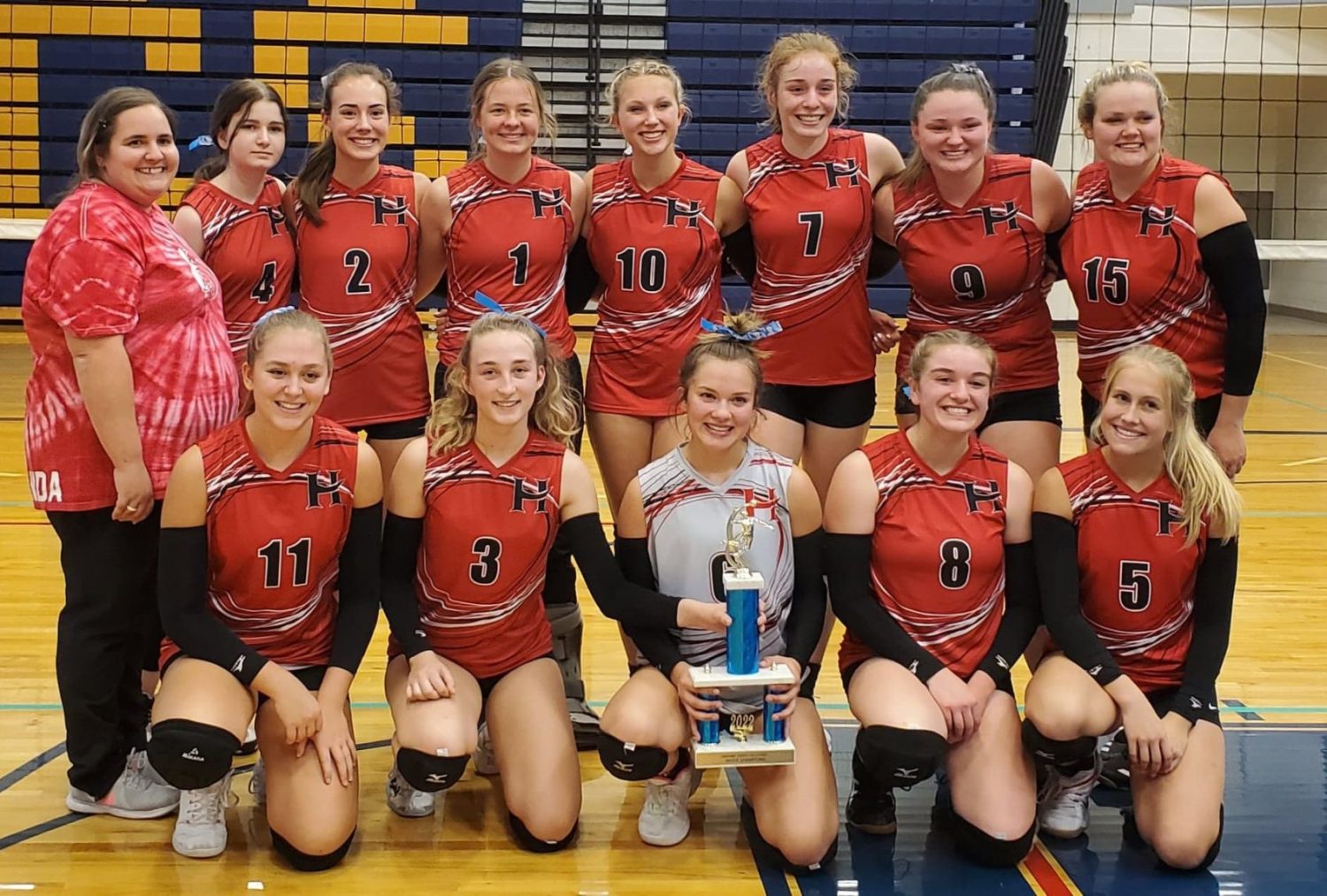 ONEKAMA — The Hart girls volleyball team traveled north to participate in the Onekama Invitational on Saturday and finished 3-0-2 to win the championship.

Starting out the day against Onekama, the Pirates took the first set, 25-23. Despite the strong start, the Pirates were not able to hold onto the momentum in the second set and fell 23-25, ending the match in a 1-1 tie.

The Pirates then faced a strong St. Mary team in the second match. They lost the first set 14-25, but regained their focus and dug deep to come out to win the second set 25-23, ending that match in a 1-1 tie.

For the final match in round robin play, the Pirates faced Grand Traverse Academy, started out strong and never looked back, winning in two sets, 25-17, 25-16.

After a much needed food break, the Pirates advanced to bracket play seeded second.

The Pirates faced off against the number three team, Onekama. In an all-out team effort, the Pirates won the first set, 27-25.

Set number two was back and forth before the Pirates took the lead and finished with a 25-21 win, which put the Pirates in the championship match against St. Mary.

With some great attacks and digs the Pirates pulled out a 25-23 win in a back and forth first set.

Mya Chickering served the Pirates to an 8-0 lead, but the Eagles weren’t done yet and they pulled out a 22-25 win, forcing a third set.

Hart won the toss and served to kick off the final set of the day. Chickering once again served the Pirates up to a commanding lead of 8-0.

From great digs, to straight down kills and awesome blocks, the Pirates finished set three with a bang and a 15-10 win.

As a team, the Pirates served at 89 percent on the day and received serve at 81 percen.

Rayah Helenhouse contributed five assists, one kill, and one dig.

MaKayla Rockwell finished 24-of-25 at the service line, had 29 assists, five kills, and six digs.

The Pirates improved to 10-2-3 on the season and have a home game on Tuesday against Mason County Central for their second West Michigan Conference-Rivers match of the season.