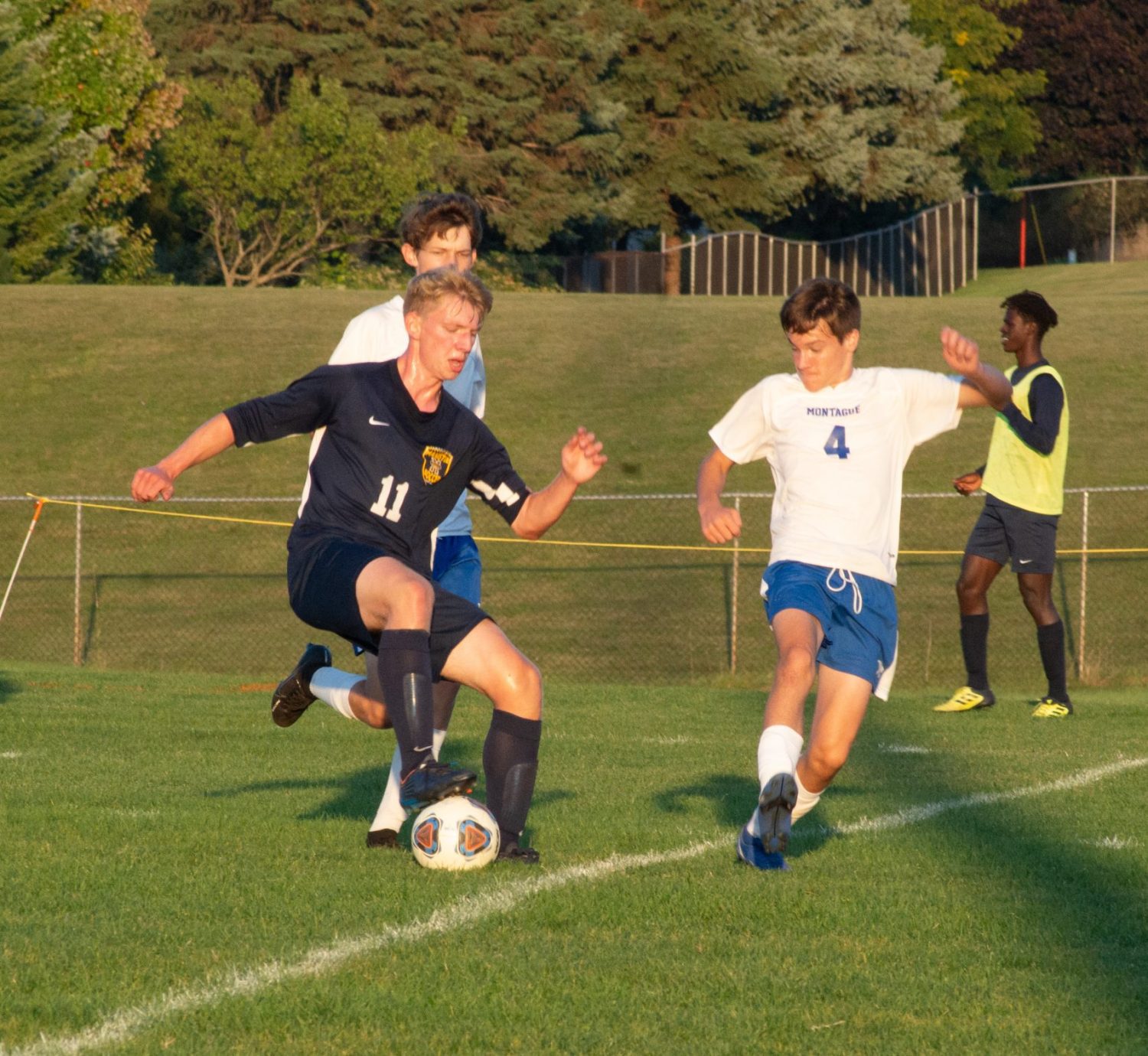 MANISTEE — Montague proved to be a very tough out for the Manistee boys soccer team in Monday night’s West Michigan Conference game at Chippewa Field.
But the Chippewas snapped a scoreless tie a little more than 50 minutes into the contest and finished with a rugged 2-0 victory to remain very much in the race for the league title.
With only three conference games left on the schedule for the Chippewas they are just a half-game behind the league leading Ludington Orioles. Manistee is 5-1 and Ludington 5-0 in the conference.
Although the Chippewas failed to put the ball in the back of the net in the first 40 minutes of Monday’s game, they had some excellent chances that just missed.
However, the Chippewas kept the Wildcats’ offense under wraps, limiting Montague to only one shot on goal which gave their offense time to click in the second half.
“We left a lot on the table,” noted Manistee’s head coach Brandon Prince after the Chippewas had pulled away from a 0-0 halftime score. “Opportunities that should have been put in the back of the net.
“However, we created opportunities, so to know it’s there … yeah, the score could have reflected a little differently, but that zero (on Montague’s side) is the most important thing, and we’ll just keep capitalizing on that number.
“Going forward, rather than worrying about the shots we missed, we’ll worry about the shots they didn’t get.”
Manistee broke the scoreless tie with 29:42 left in the second half, as Luke Smith snared a rebound off a miss by foreign exchange student Rafael Goncalaves and tapped it past Montague’s junior keeper Eli Bunton for the only goal Manistee needed.
Another foreign exchange student, Greg Mandelli scored the Chippewas second goal, also on a rebound with 12:10 to play in regulation.
The Wildcats made a rush on the Manistee goal in the last four minutes, and had three shots on goal.
But all of them were turned away by keeper Grayson Prince, including one save where he timed his leap to rise up and snare a laser shot just under the cross bar.
“Obviously, their passing was crisp, and they are a much improved team over what we saw last year,” said Montague head coach Brandon Mahoney. “Manistee always gets a lot of exchange students, and that’s great for them. We have one on our team.
“I knew going in that they were definitely going to be a tough handle. I told my guys ‘I can’t be made at you. You hustled, you pushed really hard at the end.’ We had some great chances right at the end for a couple guys.
“Amazing save by their keeper (Grayson Prince) that would have been a goal any other day of the week. So, I can’t be mad. Our keeper had some amazing saves in the first half.”
Mahoney feels the Wildcats are headed in the right direction.
“I felt last year we kind of peaked really early, and now we’re peaking at the right time,” he said. “Our keeper is playing great. He put in a lot of time in the offseason to get better with his hand strength. He catches a lot more balls than he did last year.”
The Wildcats defense played a strong game, led by junior center backs Owen Raeth and Zach Henderson.
“Zach has tremendous speed, and great touch on the ball,” Mahoney said. “At the very end he was the one up top getting attacks through the middle.
“Luke Husband, who’s pretty much a utility guy and can play any position for us, went to middle back on ‘D’ and did some great work.”
Manistee was a little more aggressive on the attack Monday than the Chippewas were against the Orioles last week.
“We still have to work on some things to be a consistent attack,” Prince said. “But, tonight we had plenty of shots. We just have to capitalize a little better.
“But, we have a couple of games left to work on it.”
The Chippewas improved to 8-3 on the season overall and are home again Wednesday night for a game against Whitehall in the WMC.
Montague fell to 4-10-1 overall on the season and 2-4-1 in the conference. The Wildcats step out of the conference for a home game with Big Rapids on Thursday.
All photos are courtesy of LSJ photographer Greg Gielczyk 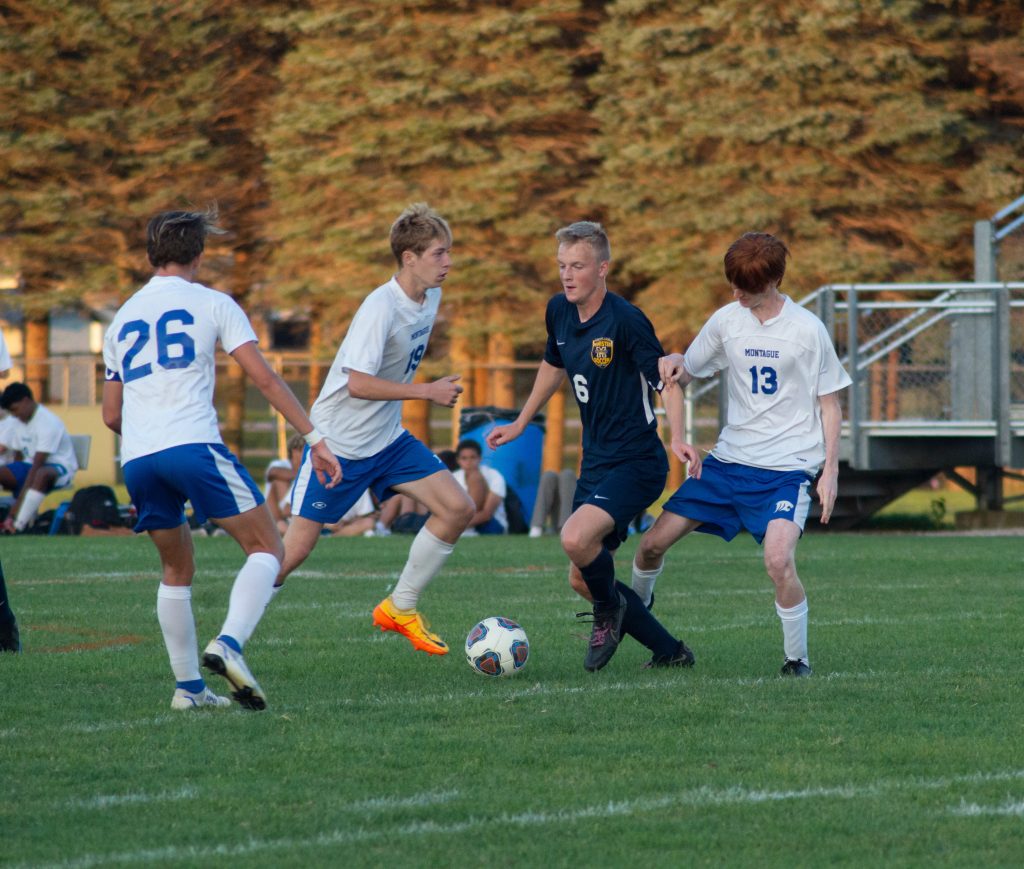 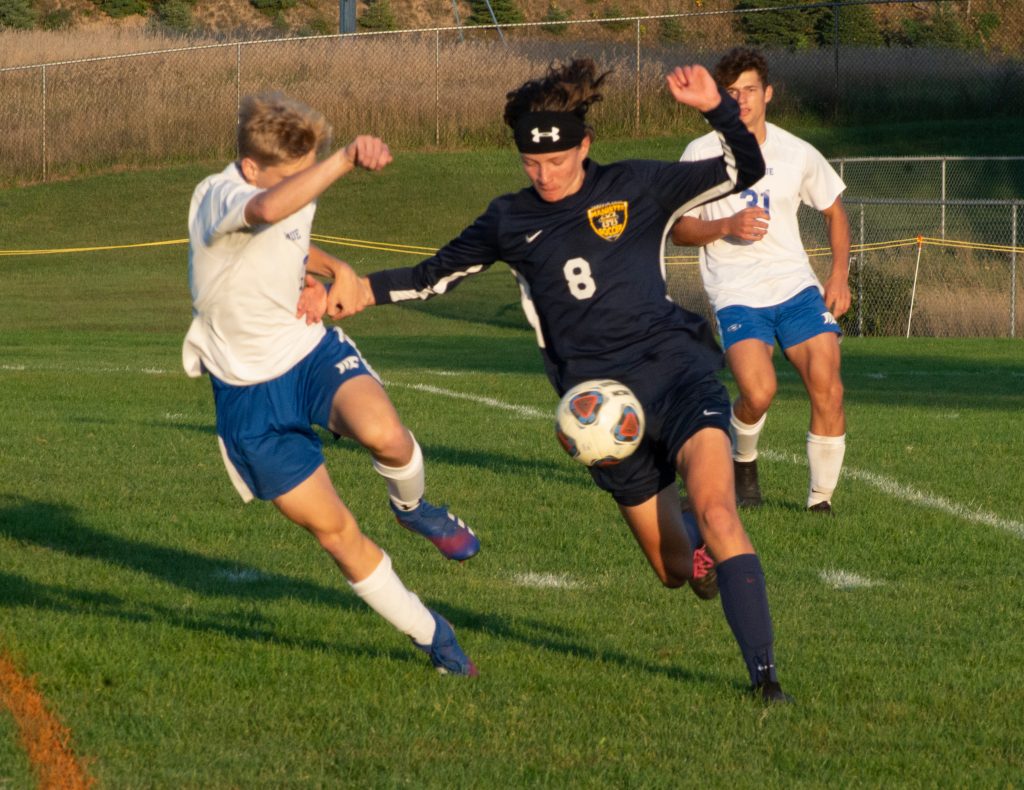 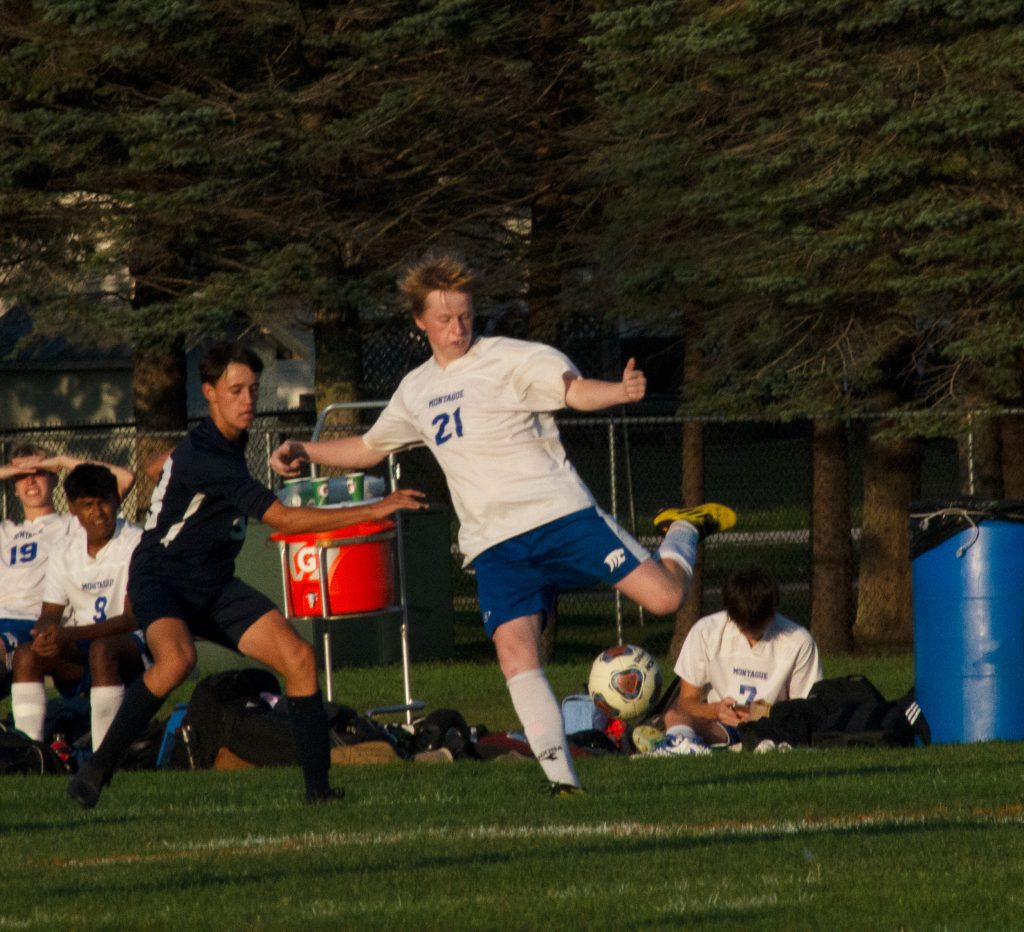 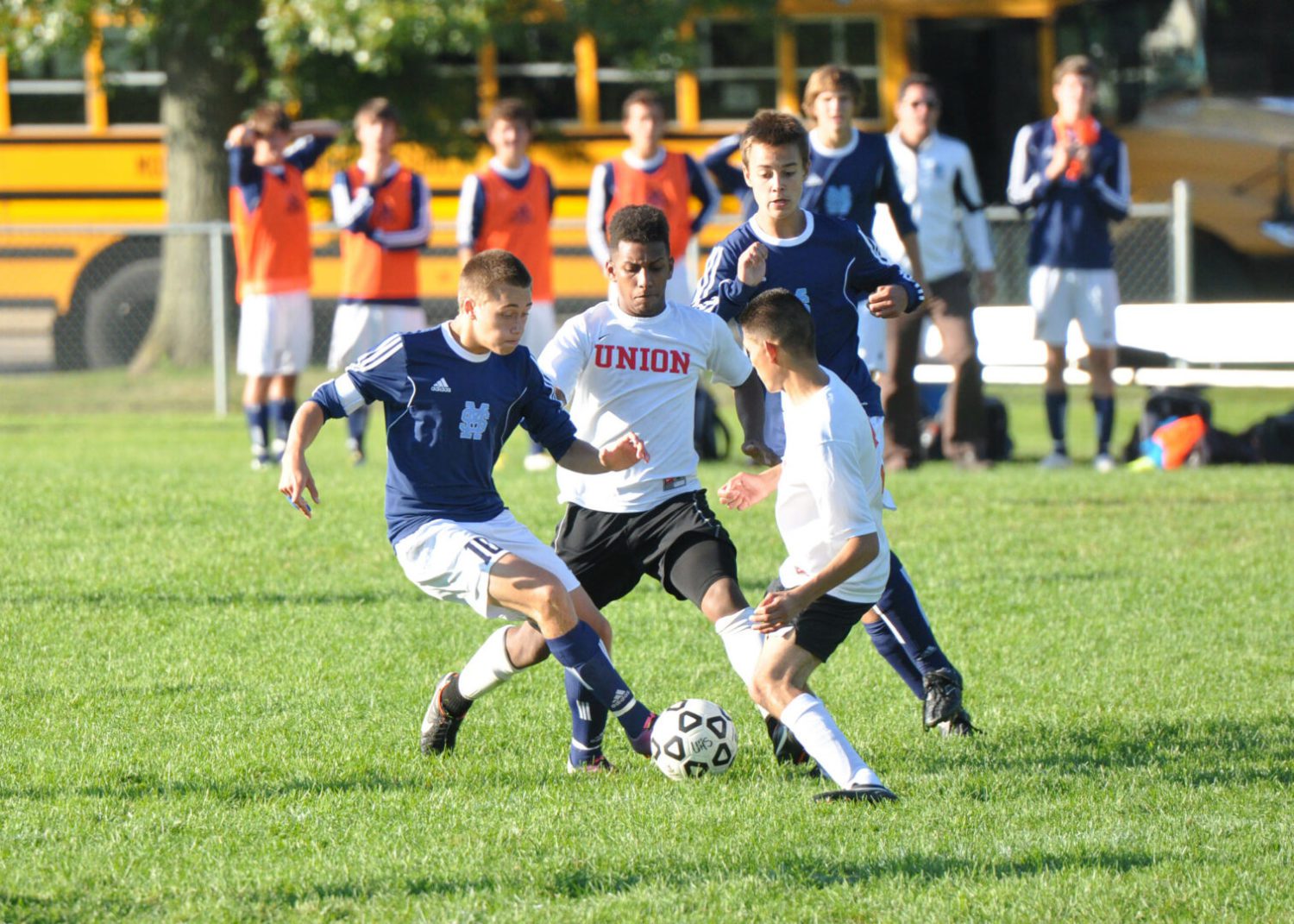