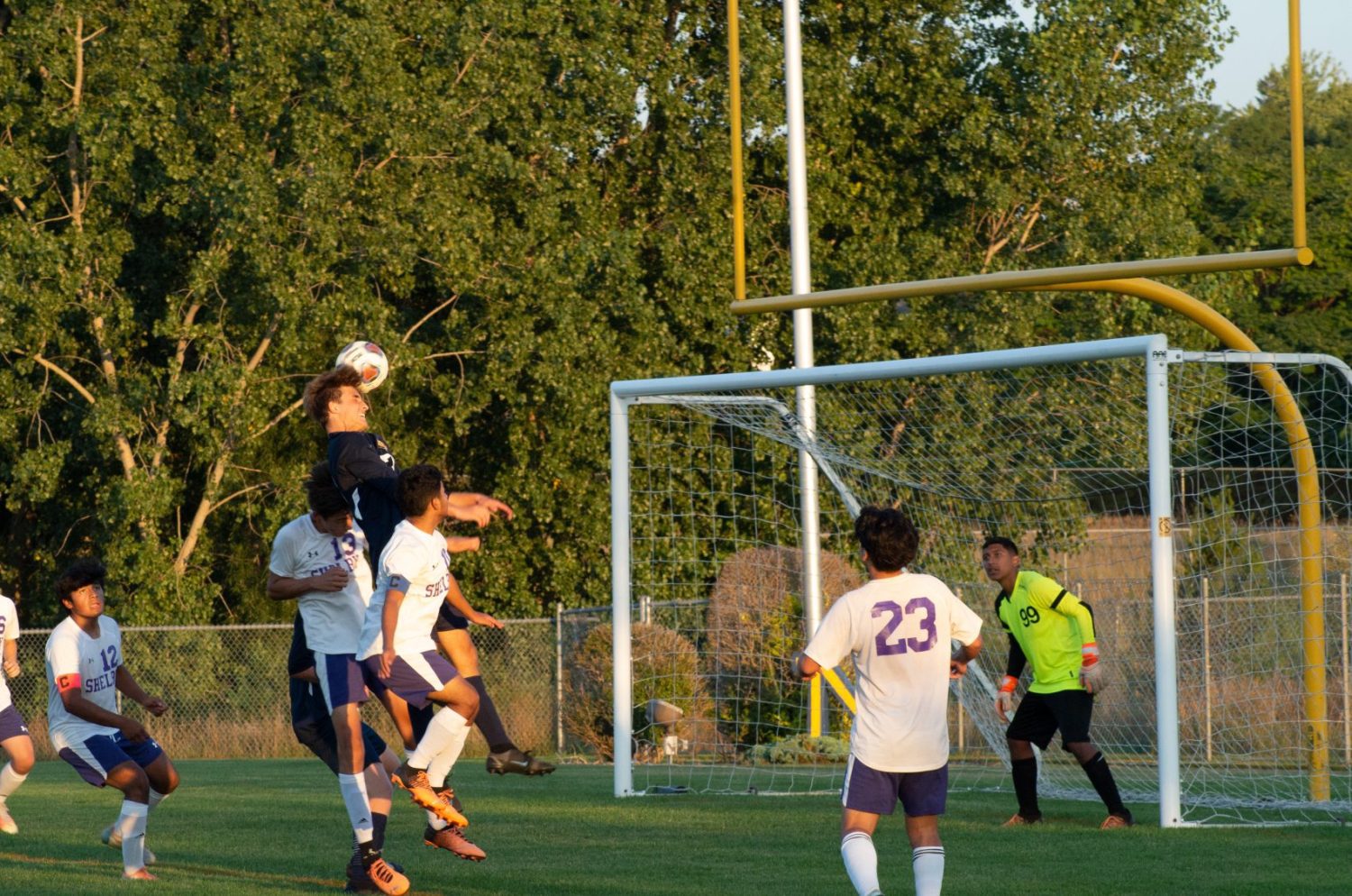 MANISTEE — Just 24 hours after blowing a 4-1 second half lead in a 6-4 loss to Western Michigan Christian on Tuesday, the Manistee boys soccer team rebounded with a solid 5-0 shutout over Shelby.

The game was played at Chippewa Field Wednesday night.

As could be expected after such a quick turnaround, especially following a road trip, the Chippewas started slow and were visibly sluggish over the first 10 minutes of the contest.

But once they found their legs, the Chippewas gathered momentum and dominated the Tigers the rest of the way in improving to 5-2 on the season.

“That’s what they’ve been doing all year, and so far we’ve just been building on it and strengthening,” said Manistee head coach Brandon Prince. “It was good to see their response was the way it was today, so real happy with that.

“We knew Shelby was going to do some of the tactics they did. Probably knowing we had a game like we did last night, they’re going to high press us. Why not? See if our legs were working.

“So we knew that going in. It was just finding our space, getting comfortable with the press, and then finding our outs, and they did.”

Manistee finally broke the ice with 8:35 to play in the first half when foreign exchange student Rafael Goncalves converted a pass from Jacob Scharp, the first of his three assists on the night, to give the Chippewas a 1-0 lead.

Scharp punched home a goal less than two minutes later, at the 6:08 mark, on a header from Luke Smith as Manistee led, 2-0 at the half.

“Then it was just balancing the game out, changing the tempo a little bit and they did a nice job of it, and found space real well,” Prince said.

“Jacob Scharp really created for us, and we’d been pressing that all night. I’ve always said the easy part is running on to a ball. The hard part is finding the space to put it in, and Jacob did that tonight. That was huge.”

Manistee certainly looked sharper in the second half, needing barely four minutes to extend its lead to 3-0 when Goncalves scored his second goal at the 36:38 mark.

Junior keeper Grayson Prince made seven saves for the Chippewas.

Next up for the Chippewas is a non-conference game at Buckley on Friday. The Tigers, who fell to 3-6, are at Muskegon Catholic Central on Monday, Sept. 12. 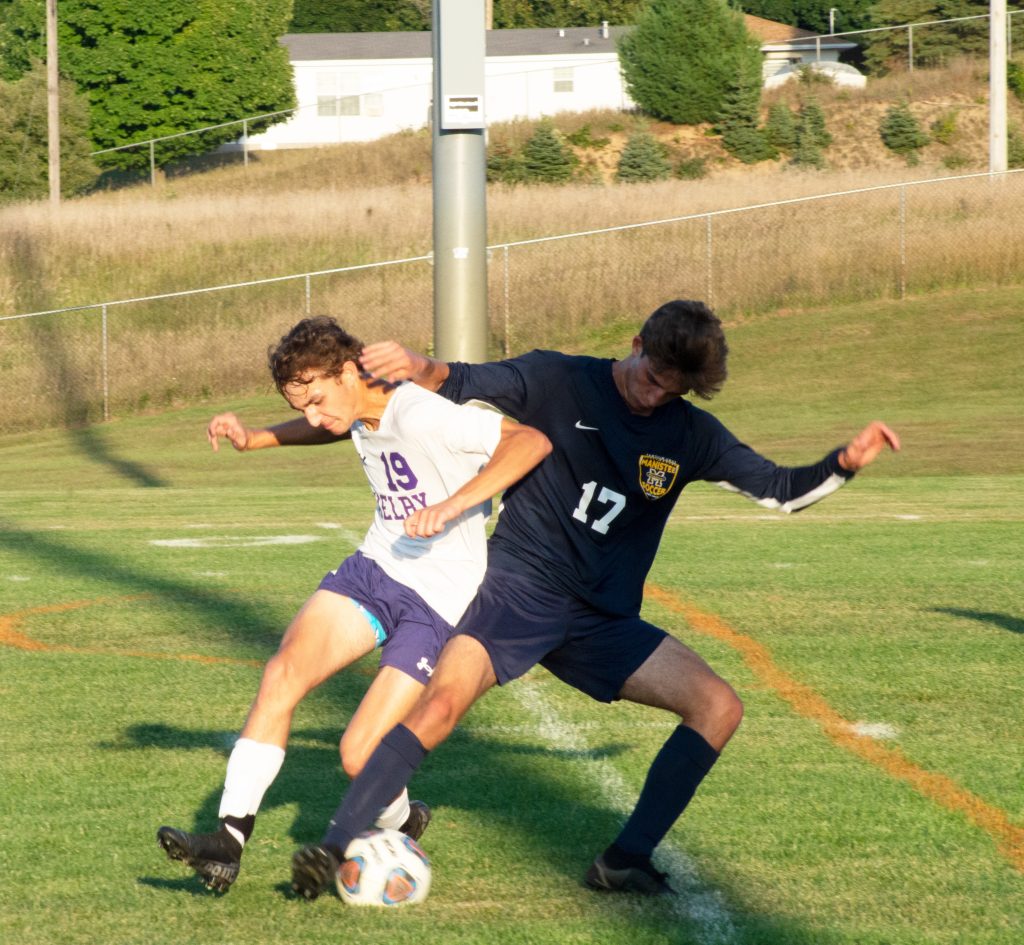 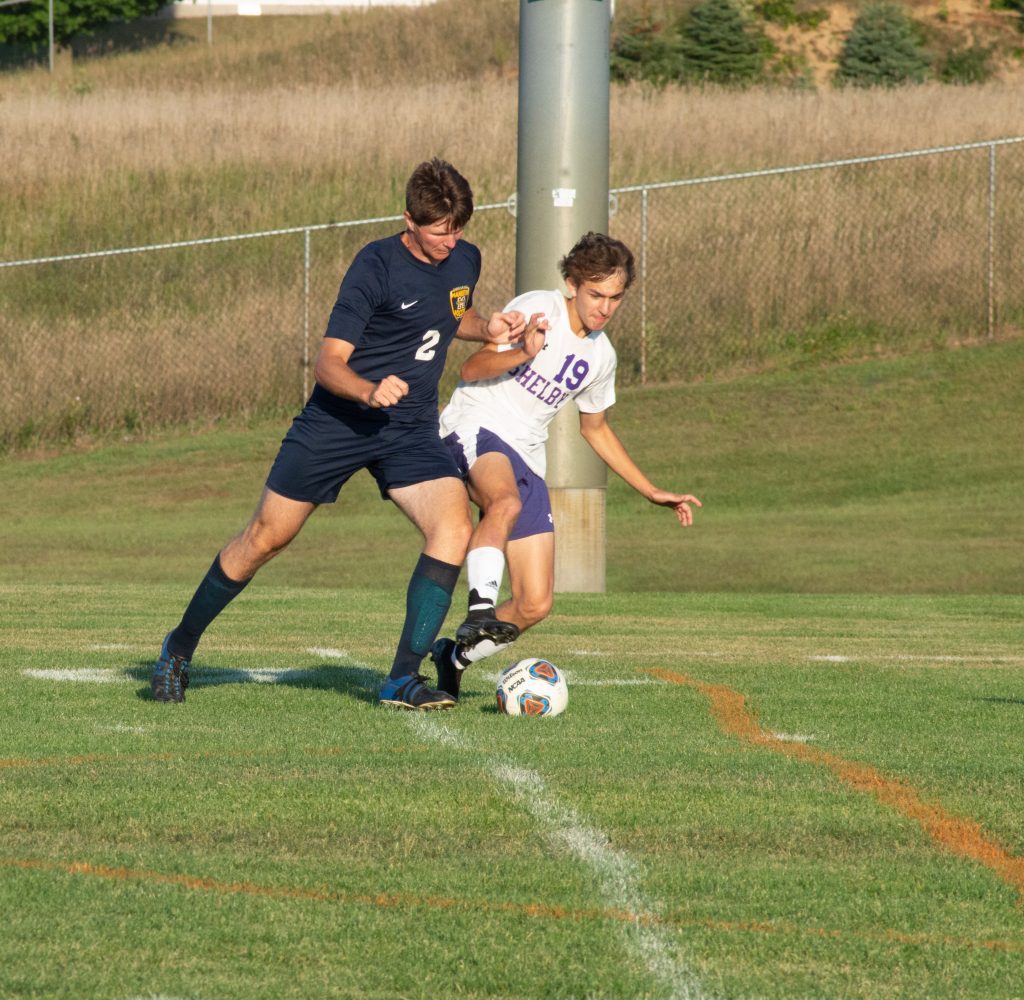 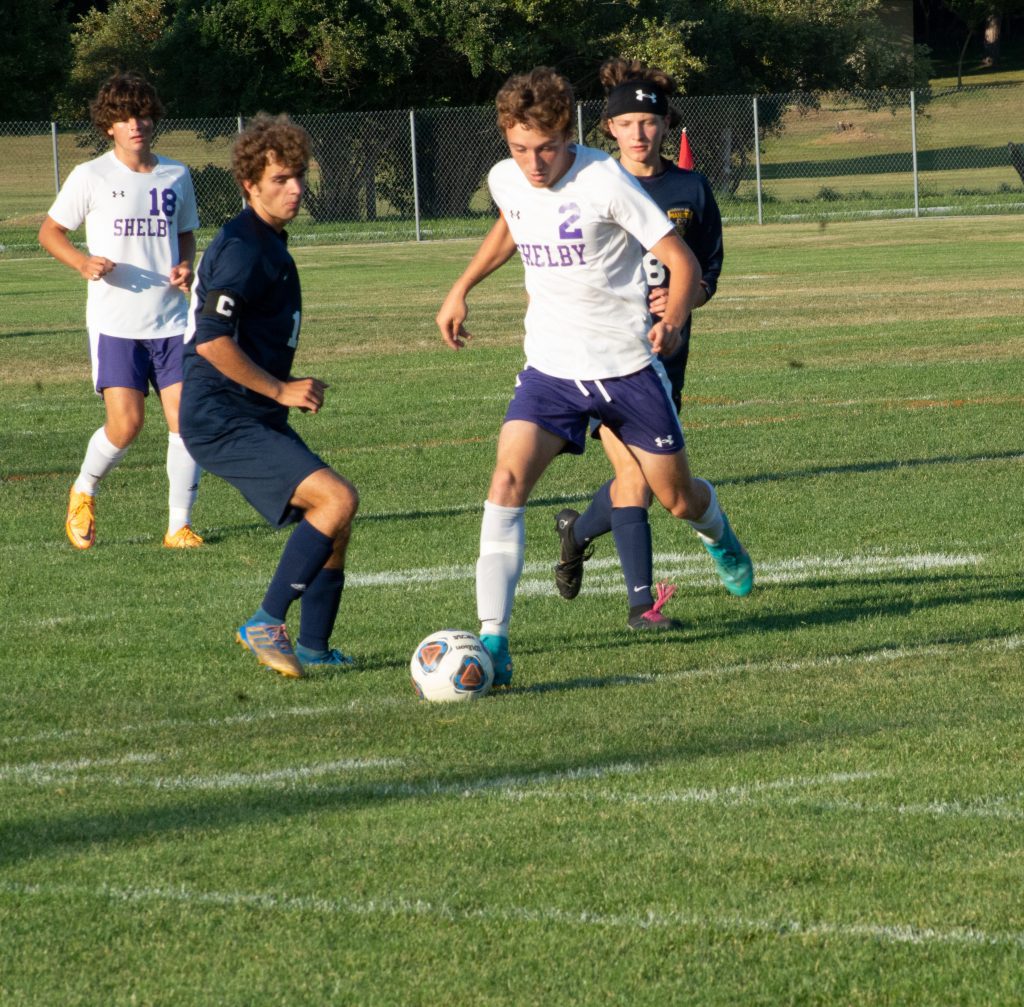 No rest for the Big Reds: After getting past Mona Shores, Muskegon will face a loaded Lowell squad in regionals