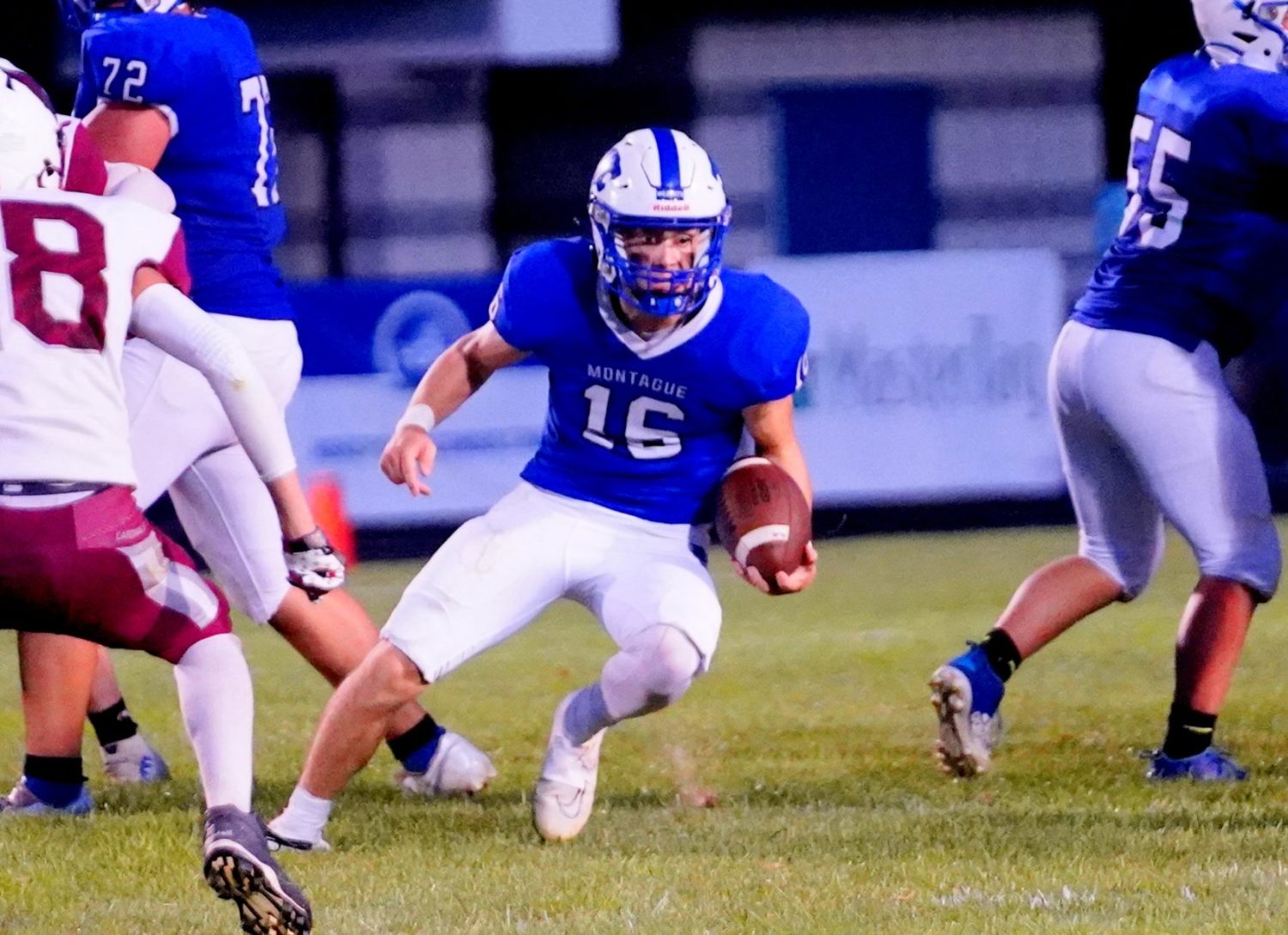 MONTAGUE—The Montague Wildcats tuned up for their upcoming showdown with Whitehall next Friday by defeating Orchard View 42-6 on Friday evening in a game played at Montague.

The young and inexperienced Cardinals simply were no match for the Wildcats but Orchard View head coach Fred Rademacher is content with the work ethic that his players are putting forth.

“We had our moments (on offense) and we’re still young and I like the way the kids are competing,” said Rademacher.

“They played there hearts out and it’s just a learning process. It’s a great group of guys. They work hard and play hard.”

The Wildcats scored on there opening possession going 66 yards on four plays.

Senior quarterback Chase Gowell found the endzone on a 20 yard rushing play at the 6:10 mark. Chris Aebig made good on the extra point kick giving Montague a 7-0 lead.

The Wildcats scored again in the opening quarter with 1:33 remaining on a 38 yard pass play from Gowell to junior Adam Baird. Aebig hit the extra point kick and Montague was up 14-0.

Baird scored two more rushing touchdowns in the 2nd quarter and Aebig connected on the extra point kicks on each scoring drive giving the Wildcats a commanding 28-0 lead.

The Cardinals got on the board before halftime scoring on a 28-yard run by junior Chris Ashburn. They failed to convert the extra two point conversion and trailed 28-6.

Montague scored again with just 0:03 seconds remaining in the first half on a 23-yard pass play from Gowell to senior Owen Petersen. Aebig connected on his fifth first half extra point kick giving the Wildcats a 35-6 halftime lead.

Montague scored the lone touchdown of the second half with 10:06 remaining in the 3rd quarter on a 3-yard run by Baird. Zach Henderson hit the extra point kick,

Gowell led the passing game for Montague completing 9-of-10 passes for 174-yards. He threw two touchdowns.

“I’m pretty quick and so I just try to use my speed to my advantage,” said Baird.

“I just try to hit the hole as quick as what I can but I can’t do it without my line (offensive) working and they did really good tonight.”

“We had a real tough week of practice. No team likes losing, especially Montague. It felt great that our offense was able to execute,” Baird said.

The Montague defense was led by senior Michael Moore and junior Austin Cook who each recorded 12 tackles.

The Wildcats had 356 total yards of offense.

Orchard View had a total of 163 yard of offense.

Ashburn led the rushing game for the Cardinals gaining 48 yards on 9 carries.

“We were upset after last week. We had a tough week of practice and we really got on them and our guys responded really well tonight,” Dennett said. I was really happy to see that and we kind of showed what we’re capable of and what we expect out of them.

Montague 2-1 overall and 1-0 in the West Michigan Conference-Lakes Division will take on Whitehall, at Whitehall next Friday, September 16th

Orchard View 0-3 overall and 0-1 in league action will travel north to Manistee next Friday evening to take on the Chippewa’s.