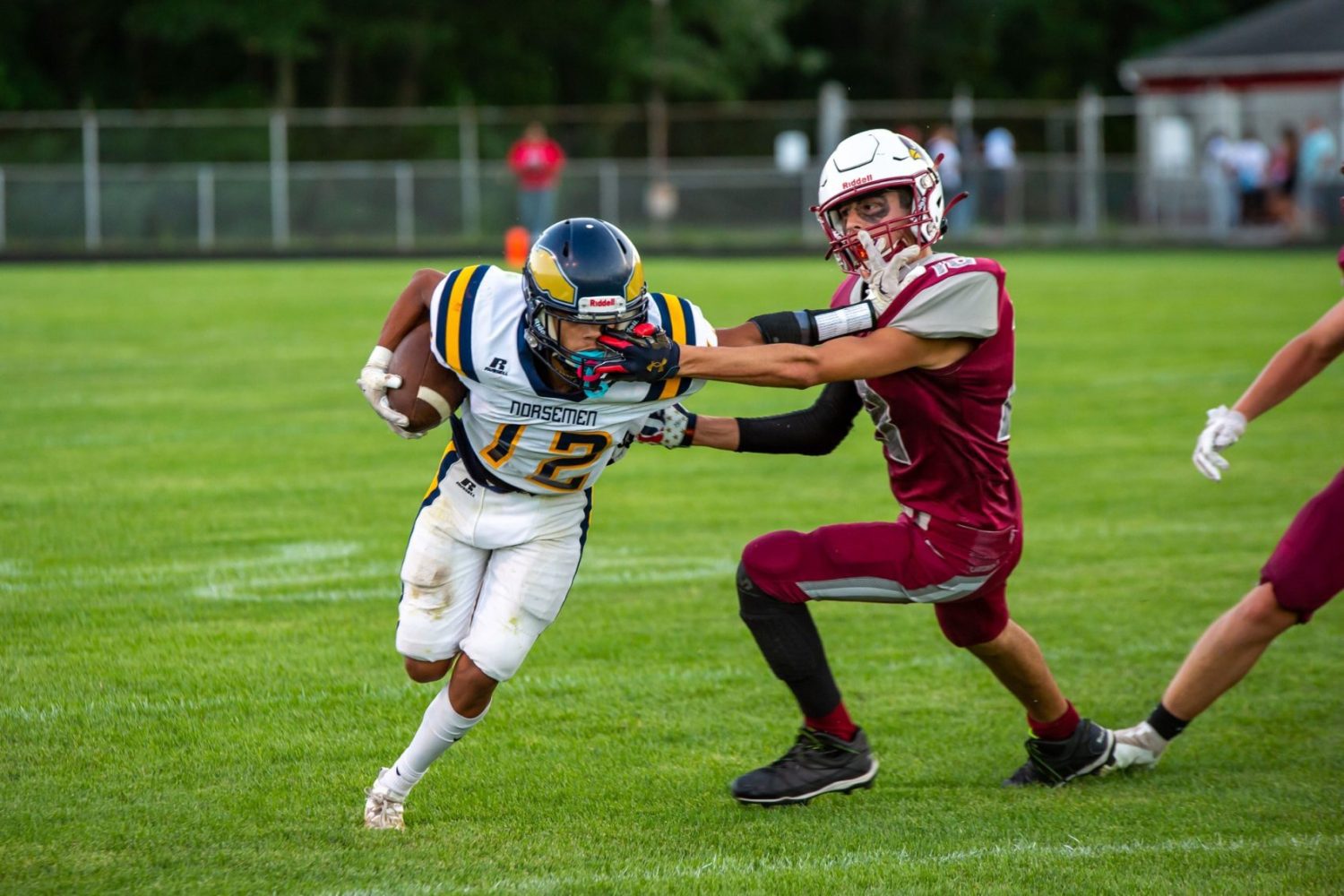 MUSKEGON — Sophomore quarterback James Young was on target Thursday night and led the North Muskegon Norsemen to a 55-0 victory over the host Orchard View Cardinals.

Young completed 15-of-23 passes for 232 yards and five touchdowns.

Young found Carsen Moat in a 4-yard touchdown pass to account for the lone score in the opening quarter.

In the second quarter, North Muskegon opened up a 22-0 lead on the strength of two touchdown passes from Young to TJ Byard.

The lead increased to 28-0 when Young hit Ben Meyers with a third-quarter touchdown pass.

Meyers scored two more times in the fourth quarter and August Gerardi scored twice to complete the scoring for the evening.

For the Cardinals, Collin Riley and Delaney Oakes, Jr. each tallied five tackles. Arion Farmer and Cam’Ron Reese each recovered a fumble. The Cardinals had 144 yards on the ground.