MARION — Pentwater’s girls volleyball team survived a five-set marathon match against Marion to return home with a 3-2 victory in the Western Michigan D League at Marion on Thursday night.

After winning the first two sets of the match, 25-18 and 28-26, the Falcons lost the next two sets, 22-25 and 18-25, but regrouped to win the fifth and deciding set, 15-9.
“We were down at one time in the second set by 10 points and pushed through to win,” Pentwater head coach Kelly Pascavis said.
“In the third set we lost momentum, and it took the girls some time to get it back. Once they did, they closed it out. For being a young team, and a lot of first-year players, I am so proud of how they are coming along, and the dedication each of the girls have.”
Freshman setter Charlie Swanger had an impressive match for the Falcons and drove the team’s offensive attack with by serving up 18 points, including three aces and added three kills and one block.
Also stepping up with a big night at the service line senior Jocelyn Richison served for 11 points with four aces, while adding three kills and two blocks. She was a key factor in keeping the girls’ spirits up according to Pascavis.
In addition, junior Samantha Schaefer produced nine service points with four aces, adding three kills and six digs and saves.
Senior team captain Marissa Sayles had seven service points with three aces, added two kills and kept the girls’ heads in the match as a team leader.
Junior and first-year player Mackenna Hasil contributed four points, Mandi Sayles added three points with one ace and had one block.
Lauren Davis scored three service points and had one block, Aubrie Adams had two points and one kill and Addison Bringedahl added one service point.

The Falcons are next scheduled to travel for a non-league match at Montague on Saturday. 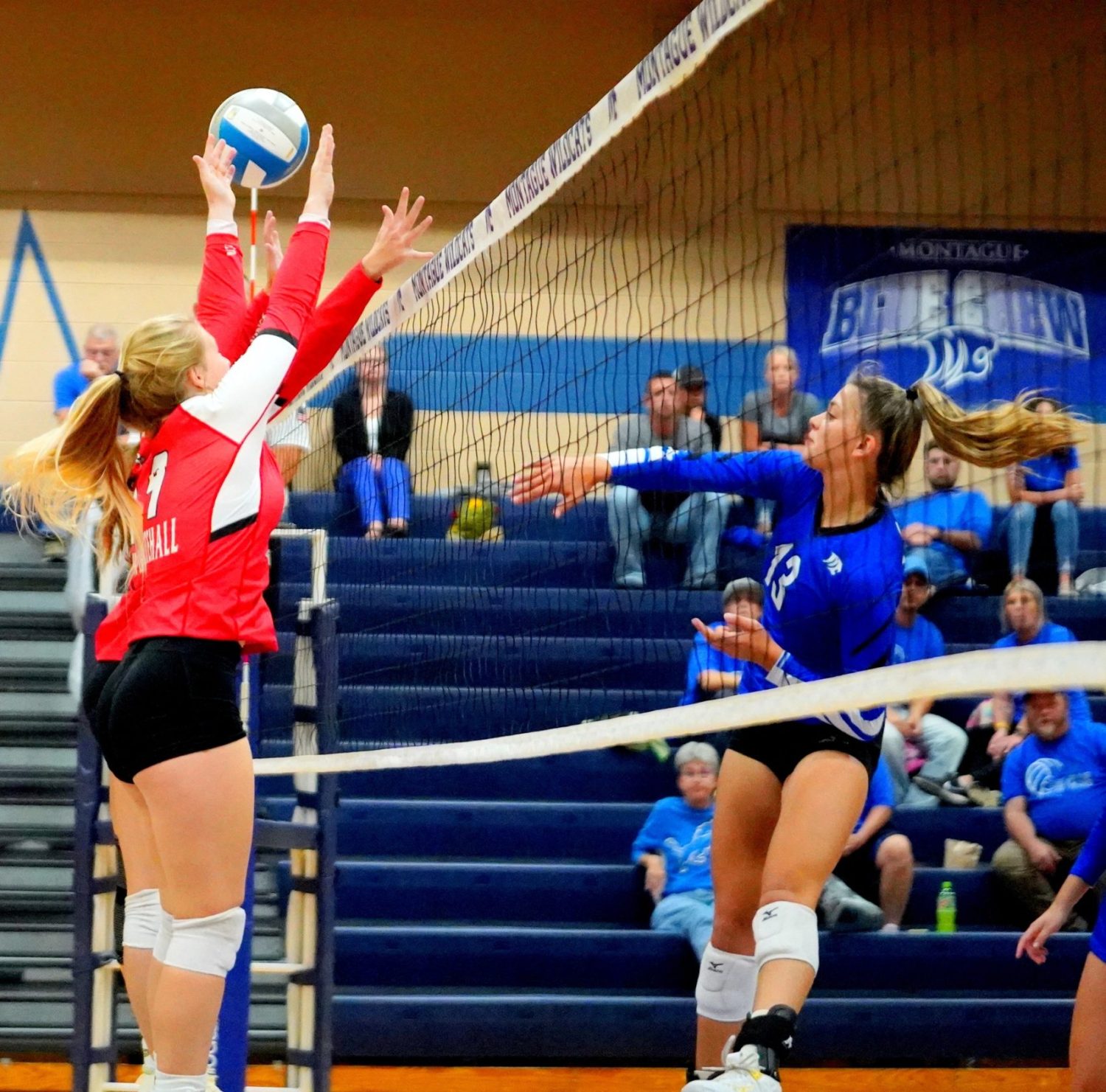