Big plays were the order of the day for Shelby, but it was Abel Still who might have made the biggest.
Hesperia was threatening late in the first half when the Panthers nearly completed a pass for a touchdown. However, Still was able to knock the ball loose and prevented the score.
On the very next play, defensive back Levi Cooley stepped in front of a Panthers’ pass for a huge interception near the goal line to snuff out Hesperia’s potential scoring drive.
“It was surreal, everybody just going crazy,” Shelby head coach Phil Fortier said. “If we were going to break the streak, that was a pretty great way to do it. Everything was on display. Some guys got injured, some guys played through some injuries. Travis Boughan really showed a lot of guts. He was hurting.
The determination of the Tigers made the biggest difference.
“Different people stepped up and we just kept on coming at them,” Fortier said. “There was no doubt that we were going to win that game. Our kids were determined. They were certainly unselfish and disciplined. They just gave an unbelievable effort and held on to win. That was fantastic.”
Lalo Garcia rambled for 105 yards and two touchdowns on 22 carries for the Tigers. Treyjin Waller had 16 yards rushing and Boughan added 12 yards.
Garcia also completed 9-of-18 passes for 102 yards and a score.
Bishop Lee caught two passes for 61 yards and a touchdown to lead the Tigers receivers. Waller caught four balls for 22 yards and Isaiah Garcia had two receptions for 14 yards.
Defensive leaders included Boughan with 12 tackles, one for loss. Lee made six stops and had two tackles for loss. Waller made four tackles, one for loss and Sebastion Melcor had four tackles, one for loss.
Philip Hayes also picked off a Hesperia pass.
“It’s tough to sit there and always look for the little things that we do right in a loss and try to make corrections in a loss,” Fortier said. “Everybody’s thinking about it and we haven’t won in a long time. It’s always in the background gnawing at us. But, give these kids credit. They never stopped believing. They just kept on fighting and good things happened.”
The Tigers (1-4, 1-2) host Holton for their homecoming game at 7 p.m. next Friday.

Hesperia (1-4, 1-2) dropped its third straight. The Panthers travel to Ravenna next Friday. 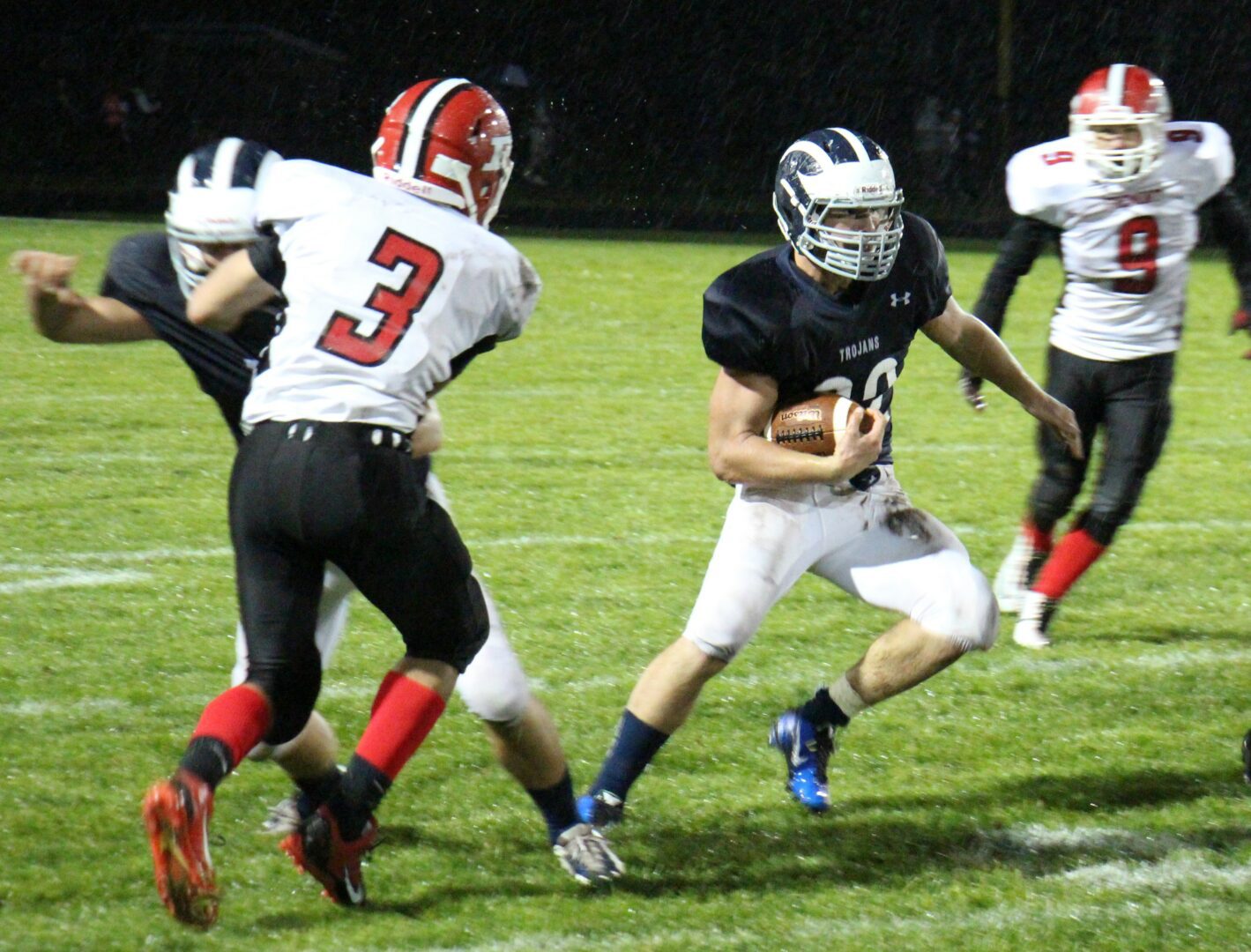