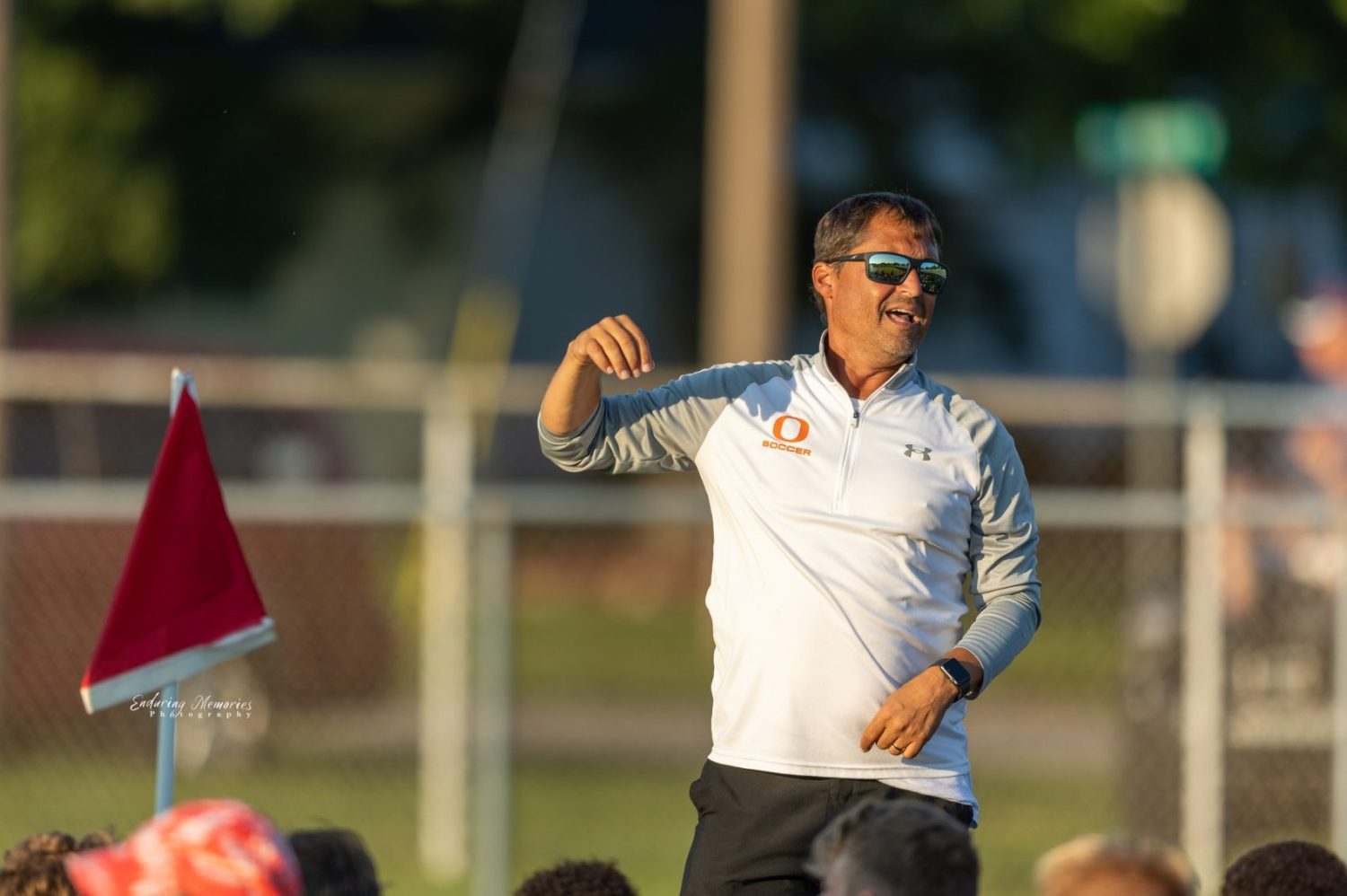 However, a medical condition prevented him from donning shoulder pads and a helmet, so he turned to soccer to quench his thirst for competitive athletics.

But, he had to wait until his sophomore year in 1987. That’s when Ludington started the boys’ soccer program under the direction of Coach Fred Horstman.

Horstman had great success leading the Orioles. So good that he was inducted into the Mason County Sports Hall of Fame in 2013. The Orioles won the 2001 MHSAA Division 3 state championship under Horstman, who was named the 2001 Coach of the Year.

Anderson became the Orioles’ junior varsity coach the fall of 2002, and was the head coach from the fall of 2003 until 2007 when he stepped away to spend more time with his family.

He became the varsity coach at Ludington again in 2016 and is in his 12th season as the head man. He also coaches the girls varsity after starting out as the junior varsity coach in 2005. 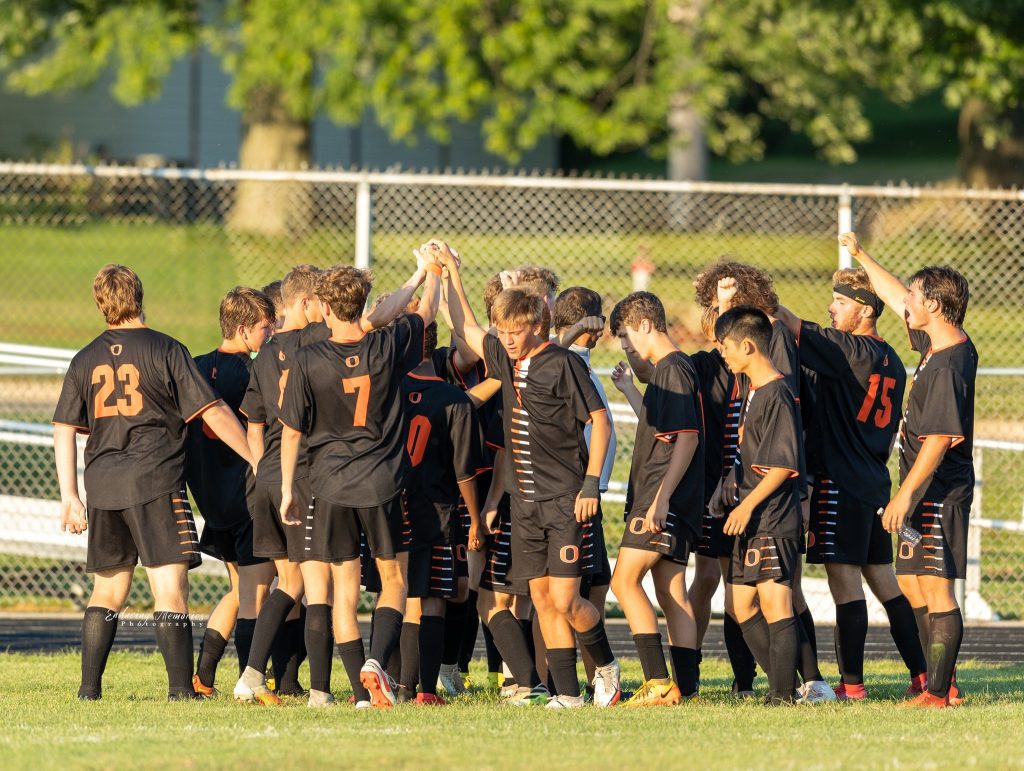 “I was always big into sports, but when I was younger there was a concern that if I had a head collision, they were concerned about a possible seizure type reaction,” Anderson said. “So, that kind of led me away from playing football. That was when I first started playing soccer, and I couldn’t head the ball for a while. I outgrew whatever it was, but I still continued to play soccer. I played baseball, basketball and ran track.”

He actually started his coaching career in the Mt. Pleasant recreational youth soccer program when he was an undergraduate at Central Michigan University.

Anderson was in his sixth season coaching the Orioles’ girls team when he was named to succeed former coach Larry Moss, who resigned after posting a 12-7-7 record.

Moss was only the third head coach in the program’s 16-year history.

Ludington has enjoyed plenty of success on the pitch. The Orioles have never had a losing season record at the varsity level.

When he was named the varsity coach, Anderson said that he felt he was taking over a program that was well-respected throughout the state, and he hoped to continue that.

Obviously, he can check that box.

The Orioles returned to the state finals in 2017 under Anderson, losing to Flint Powers. They made it to the semifinals in 2018 and 2019 before being eliminated. 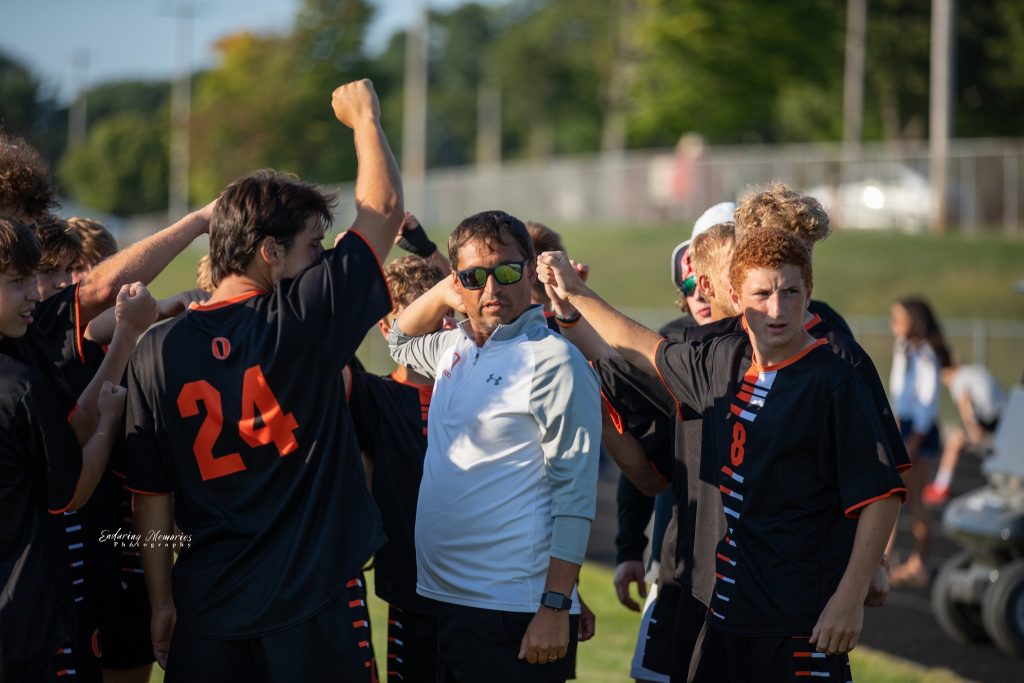 “Reaching the state semifinal 3 years in a row is quite an accomplishment for a program,” the 50-year old Anderson said. “We’re in a unique situation, I would say, in Ludington.

“Not only to make that climb, but we kind of fluctuate between Division 3 and Division 2 level based on our enrollment. We’re always right on that border. In 2016, we were Division 2 and we were in a district final. In 2017, we drop down to Division 3 and that’s, of course, when we go to the state final.”

Ludington was Division 3 for three years in a row, before bumping up to Division 2 for the last 3 years.

Those divisional changes present another challenge for the program.

“When you go to try to set your schedule, you usually try to schedule teams you might see later down the road for scouting purposes,” Anderson said.

As far as his coaching philosophy is concerned, Anderson naturally has taken some of what he observed and learned from Horstman because of the success he enjoyed. He applies some of those pieces into his style.

But he has also put his own personality stamp into the program, and it’s proven to be a continuation of what the Orioles had established over the years.

“You also look at other programs, other coaches, who have been successful, and not just in soccer, and take little bits of things you see their programs have been doing and see how you can use a little bit of that in your program as well,” said Anderson.

“Anybody that’s successful, they’re going to take things from other people,” he said. “They’re going to look at their successful program and tell your team ‘This is what we have to do to play at that level, and how you get there.’”

It’s much more than that, of course.

So many pieces have to come together, and for the Orioles they have — the right philosophy, the right approach, and the right athletes who buy into it. Certainly, sometimes it takes a little bit of luck.

“I believe you create your own luck by the hard work you put in, and the effort setting yourself up to be in those situations as well,” Anderson said.

“For where we are in the north, and the small community, I would say at Ludington, we aren’t part of a big area where there are a lot of kids to draw from.

“You get what you get here. I think we’ve been pretty fortunate that our youth program here in Ludington is a very successful program as well, and the kids develop skills and their ability.”

The quality of athlete also plays a big role in program success.

There is pressure with all of that.

“You don’t want to be the person that lowers that bar,” Anderson said. “You want to keep it there, as well as raise it a little bit as well.

“We may not win all the time, and that’s fine, but at least it’s going to be a competitive game,” he said. “I think coaches around the state have an appreciation for the hard work and the effort that our players play with.”

For the Orioles, the beat goes on. 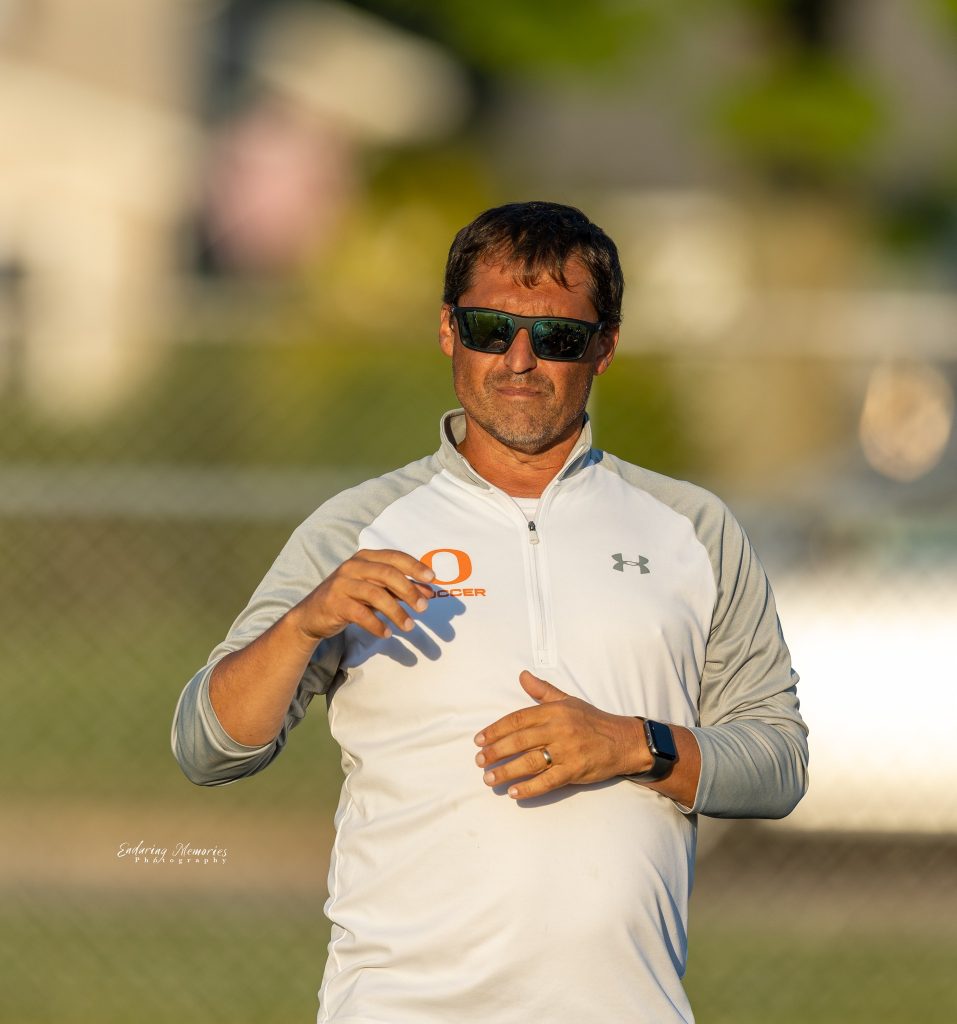