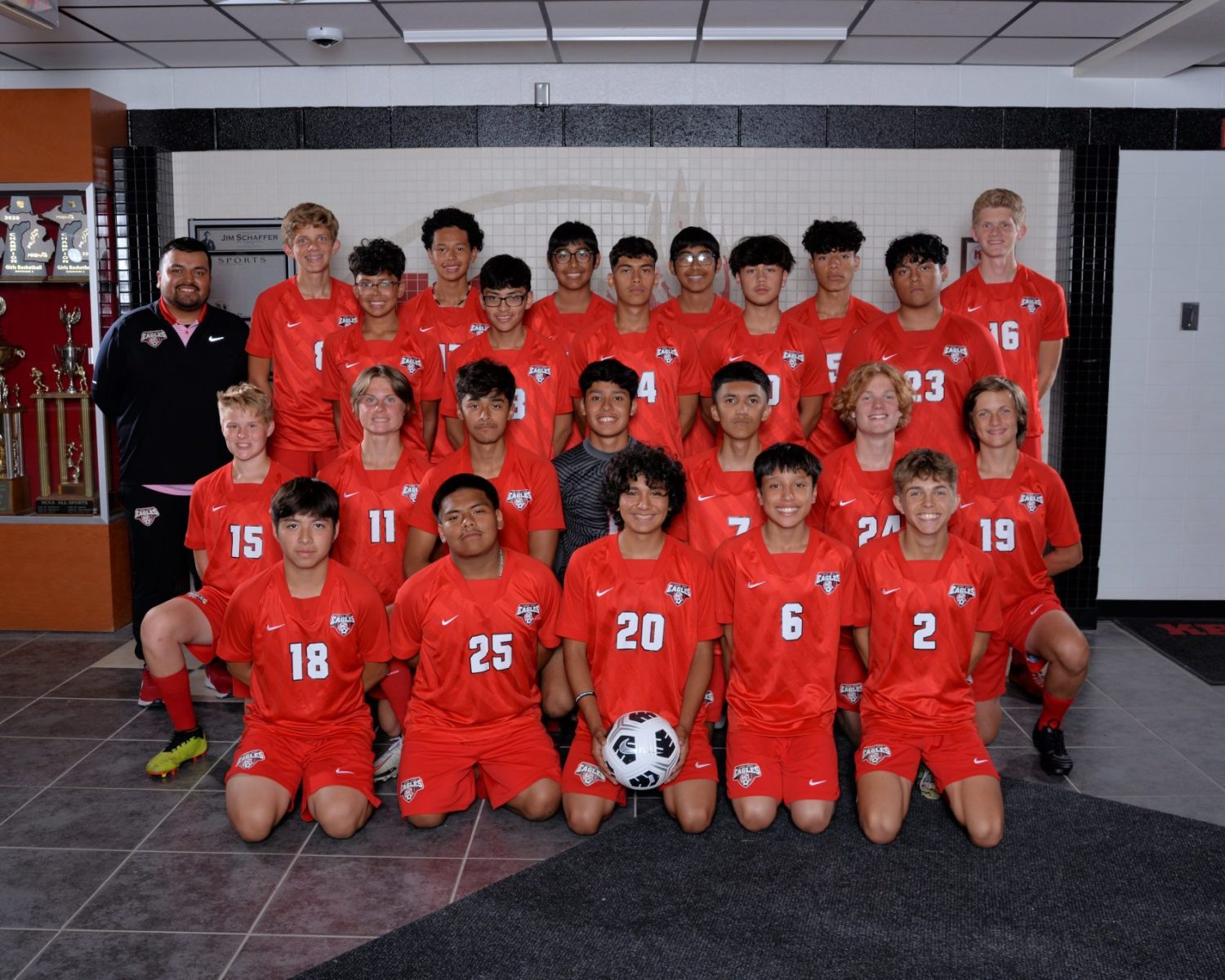 LAKEVIEW–The Kent City boys soccer team traveled up to Lakeview for a CSAA Bronze matchup on Wednesday and took home a 9-1 victory.

The Wildcats caught Kent City on their heels and put up a goal early off a throw-in to kick off the scoring.

The Eagles scored a flurry of goals soon after to go up 4-1 after 10 minutes, beating the Wildcats with speed and ball movement.

Kent City maintained consistent pressure and ended the half up 7-1.

After the break, the Eagles continued moving the ball and pressuring the Lakeview defense.

Senior Dylan Sutton put the game away with a 20-yard free kick that he buried into the top corner. The game ended by mercy-rule with 20 minutes remaining.

Alfredo Bolanos put up three assists for the Eagles for the second time in a row.

The Eagles improved to 9-1-1 and extended their win streak to 5. They are tied for 1st in the CSAA Bronze with a 4-1 league record.

They will take on non-conference opponent Zion Christian this Monday in their next match.