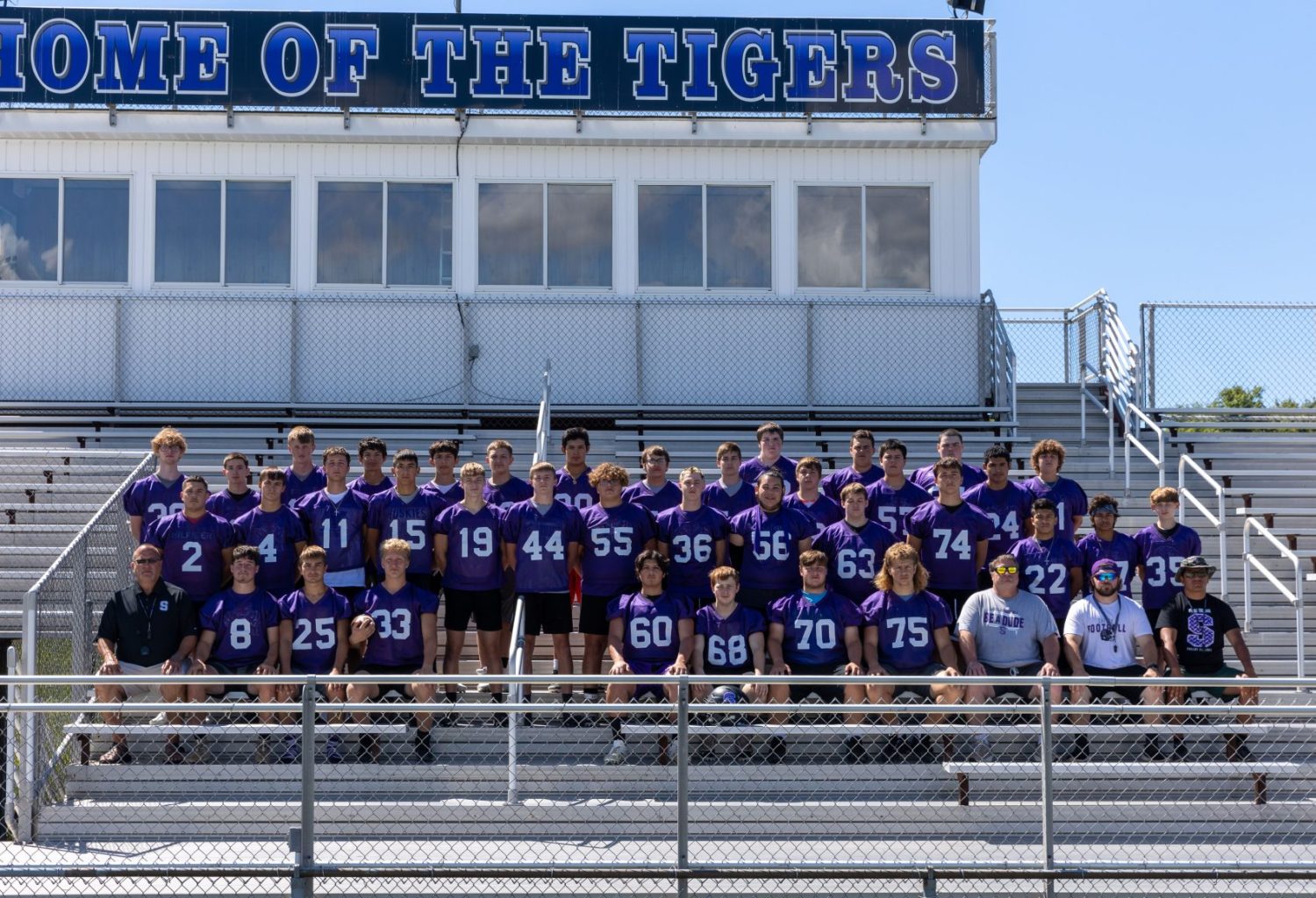 SHELBY — Shelby’s football team is on a roll, taking a 14-0 lead at the half and finishing with a convincing 26-6 win over visiting Holton in the West Michigan Conference-Rivers Friday night and celebrating homecoming in grand fashion.

It was the Tigers’ second straight win, following on the heels of last week’s 22-16 overtime win over Hesperia on the road that snapped a 21-game losing streak. It was also their first homecoming win since 2013.

The Tigers had the lead from start to finish, opening up a 14-0 lead at the half and then scoring 12 unanswered points in the fourth quarter after the Red Devils had trimmed it to 14-6 in the third.

“Holton came to play, give them a lot of credit,” said Tigers head coach Phil Fortier. “We responded positively to every bad thing that happened (in the game).

“Really proud of our kids for battling through a lot of adversity. Our kids really rallied behind Travis (Boughan, the Tigers’ quarterback) when he had to come in, and we did what we had to, to win.”

Boughan had a big night for the Tigers, completing 11-of-28 passes for 208 yards and two touchdowns.

He also led the Tigers in rushing with 72 yards on 14 carries, followed by Lalo Garcia who added 61 on just four touches for an incredible 15.3 yard average with a touchdown.

Shelby’s leading receiver was Bishop Lee, who made six catches for 145 yards and a touchdown. Treylin Walker had four grabs for 44 yards and a score, while Levin Cooley had one catch for 38 yards.

“The defense came up big with four turnovers,” Fortier added. “We are improving on defense every week. Very happy for our players, school and community.”

Shelby improved its record to 2-4 overall and 2-2 in the conference, and will travel to Manistee next Friday evening.

The Red Devils fell to 0-6 overall and 0-3 in the conference, and are at Hart for a conference game next Friday.