Fruitport unloads on Ludington in playoff opener; Whitehall up next for Trojans 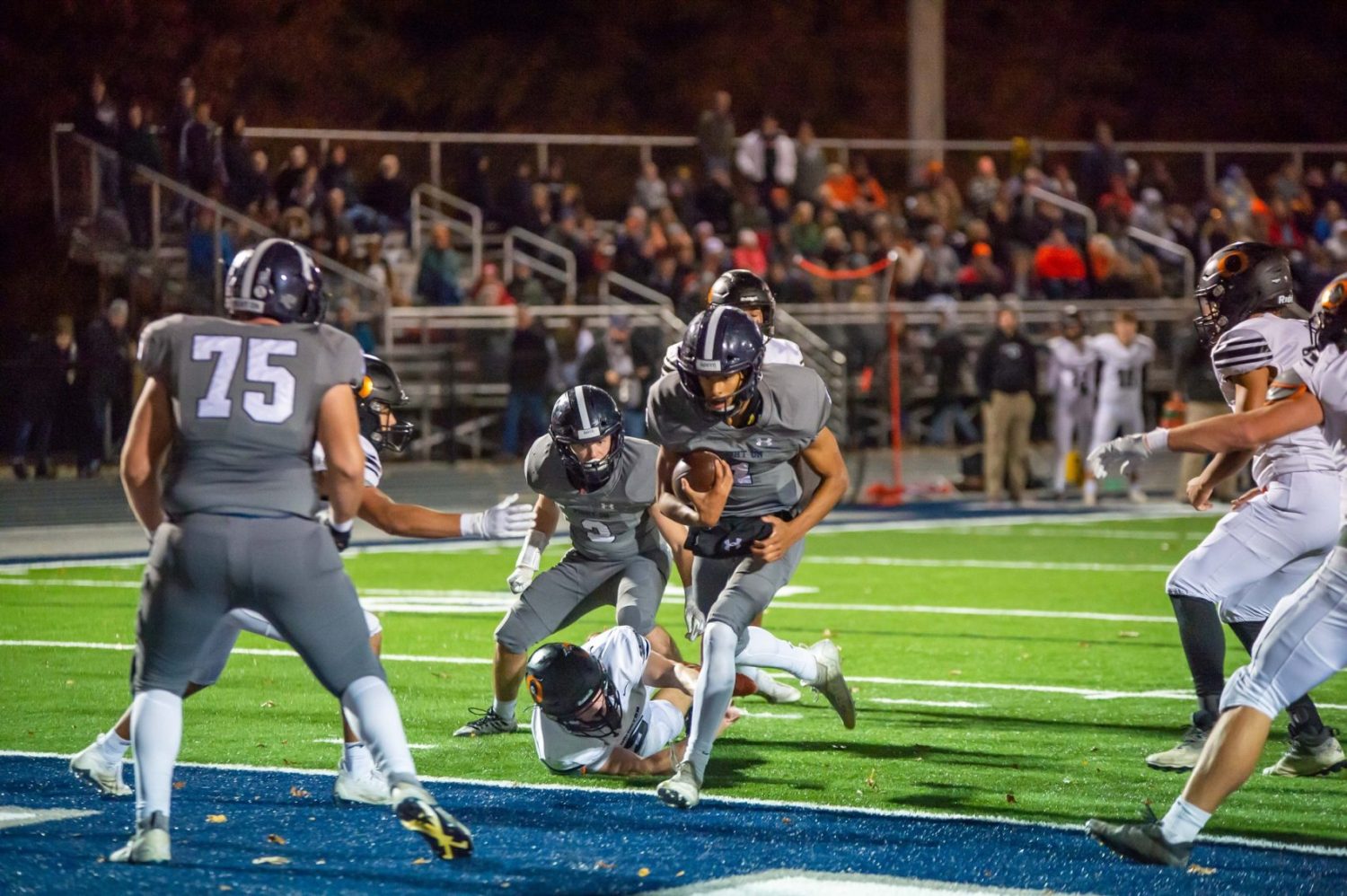 FRUITPORT — Fruitport was overpowering on Friday night in its Division 4 playoff opener.

The host Trojans took down the Ludington Orioles, 54-28.

Ludington was limited to just 64 yards rushing, thanks for the Trojans’ dominating defense.

“Fruitport is everything we thought they were,” Ludington coach Charlie Gunsell said. “We had no answer defensively for their offense. I thought our kids played hard. Fruitport really made us one dimensional. We really struggled running the football, so when they knew that they had us in a throwing situation on almost every down, they really pinned their ears back and got after us.

The Orioles scored first to take a 7-0 lead and then the two teams exchanged scores which left Ludington holding a 14-8 advantage. But the Trojans then began to pull away.

Fruitport put up 30 points in the second quarter while holding the Orioles scoreless. Fruitport led 46-14 at the half. The Trojans added eight points in the third quarter and led, 52-14 going into the fourth period.

“We have some pretty good athletes, and we have a pretty strong offensive line,” Fruitport coach Nate Smith said. “So, if we put our guys in the right situations, they have an opportunity to shine. The offensive line played very, very well. Paschal Jolman had a heck of a game for us, and Colin Jolman did what we needed him to do passing the ball. It was a good game for us.”

Ludington got on the board first when quarterback Chase Hackert hit Aidan Gilchrist with a 22-yard touchdown pass and Miles Wilson added the point after for a 7-0 lead with 8:58 left in the first quarter.

Hackert added a 5-yard rushing touchdown at the 4:55 mark. That was the Orioles’ last score until the fourth quarter, when Hackert hooked up with Levi Laman for a 25-yard touchdown pass.

“Ludington did some things offensively early in the game that put us in a bind,” Smith said. “Once our kids settled down, it was a good night for us. Early on we were pretty amped up. We were missing tackles and over-pursuing things. We called a time out at one point and said we had to reset what we were doing.”

Colin Jolman threw for 154 yards, including a 44-yard scoring strike to Bobby Canfield.

Ludington quarterback Hackert was 12-of-27 passing for 222 yards and two touchdowns. David Shillinger was the leading receiver, with two catches for 87 yards. Laman had four receptions for 77 yards. The leading rusher for the Orioles was Trey Forfinski with 31 yards on 12 attempts, while Joe Benz had 24 yards on five carries.

Defensive leaders for the Orioles included Forfinski and Gage Jones who had six tackles each, Dominic Wheaton with four stops and Kohlbe Nelson with three.

Fruitport improved to 8-2 on the season with its sixth straight win and will travel to Whitehall next week with a district title up for grabs.

Zac Schoon scores six goals, Ludington moves on to district semifinals with an 8-0 victory over Kingsley