Hart racks up 500 yards of offense in win over Hesperia

The Pirates won their third straight game, cruising to a 44-6 West Michigan Conference-Rivers win over Hesperia at home. The homecoming game was played on a wet and chilly evening.

It marked the first time since 1992 the Pirates have won six games in a season and that year also happened to be the last time Hart defeated Ravenna … who the Pirates play in the last game of the regular season next week.

“Credit to Hesperia, they really made us earn our yards,” Hart coach Joe Tanis said. “That combined with the weather made it a difficult night for us. I thought our guys did a good job. We’re trying to build our program up front, and our offensive line coach Dean Devries does a phenomenal job. He’s an excellent teacher, and our kids are very well coached. They don’t make many mistakes.

“They are a tough, physical group and we really enjoy having those guys up front. We believe it all starts up there.”

Starting fast, the Pirates scored on their first two offensive drives and opened a 16-0 lead at the end of the first quarter and never looked back. Hesperia scored its only touchdown in the second period.

Both of the Pirates’ first-quarter touchdowns were scored by senior running back Trayce Tate, who finished the night with 127 yards rushing and four touchdowns on 25 carries.

Sophomore tailback Eman Hertzler followed with 81 yards on the ground on 10 attempts. As a team Pirates had 248 yards rushing, and 312 total offense.

Brock Bolles hooked up with sophomore Ian Fox on a 6-yard scoring toss for the Panthers’ only points of the game with 10:23 left in the second quarter to close the gap to 16-6.

Edwards answered that with a 65-yard interception return just 1:13 before halftime. The Pirates would go into the intermission with a 22-6 cushion.

Tate bolted in from two yards out and, after the 2-point conversion failed, the Pirates lead grew to a 28-6 margin with 5:25 left in the third quarter.

Edwards added a rushing touchdown when he scored on a 1-yard plunge with 11:23 to play, and Tate tacked on the last TD with a 2-yard scamper at the 2:47 mark.

Adrian Tice led the Pirates’ defense with six tackles and four quarterback sacks, while Austin Martinez had eight tackles and Swihart was in on seven stops.

“We’re excited to be 6-2,” Janis said. “We didn’t know if it would happen this fast. We hoped it would. We thought we had the kids and the pieces. We felt we had something special that a lot of people didn’t know about within our community. To see it kind of take off, and see the support we’re getting, it’s been humbling and overwhelming.

“A lot of people put in a lot of work to make Hart football relevant and special right now.”

Hart improved to 4-1 in the conference with the win and close the regular season at Ravenna next Friday night. A victory would strengthen its playoff hopes. 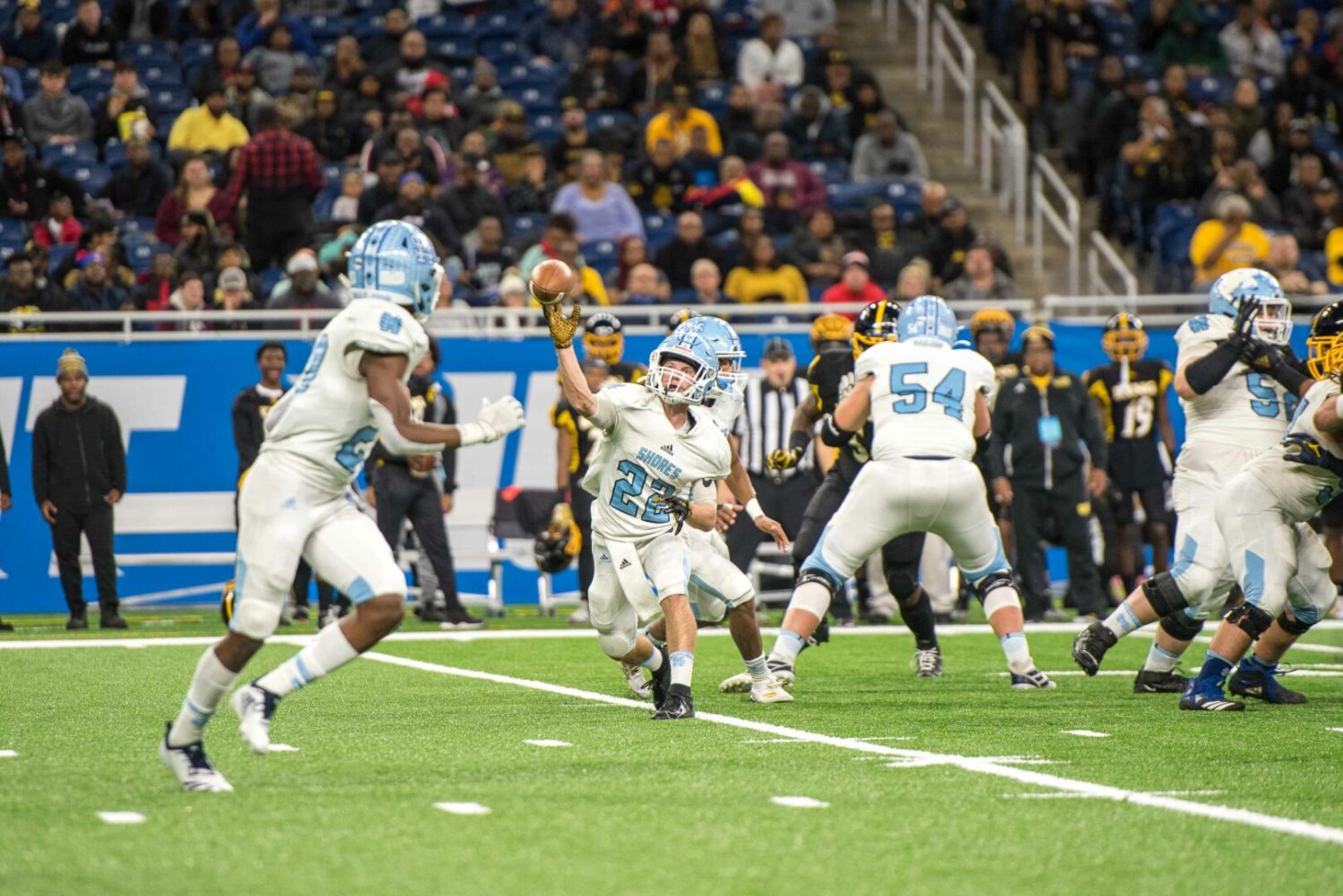 Sport Clips Game of the Week: A lot at stake in Oakridge-NM league matchup