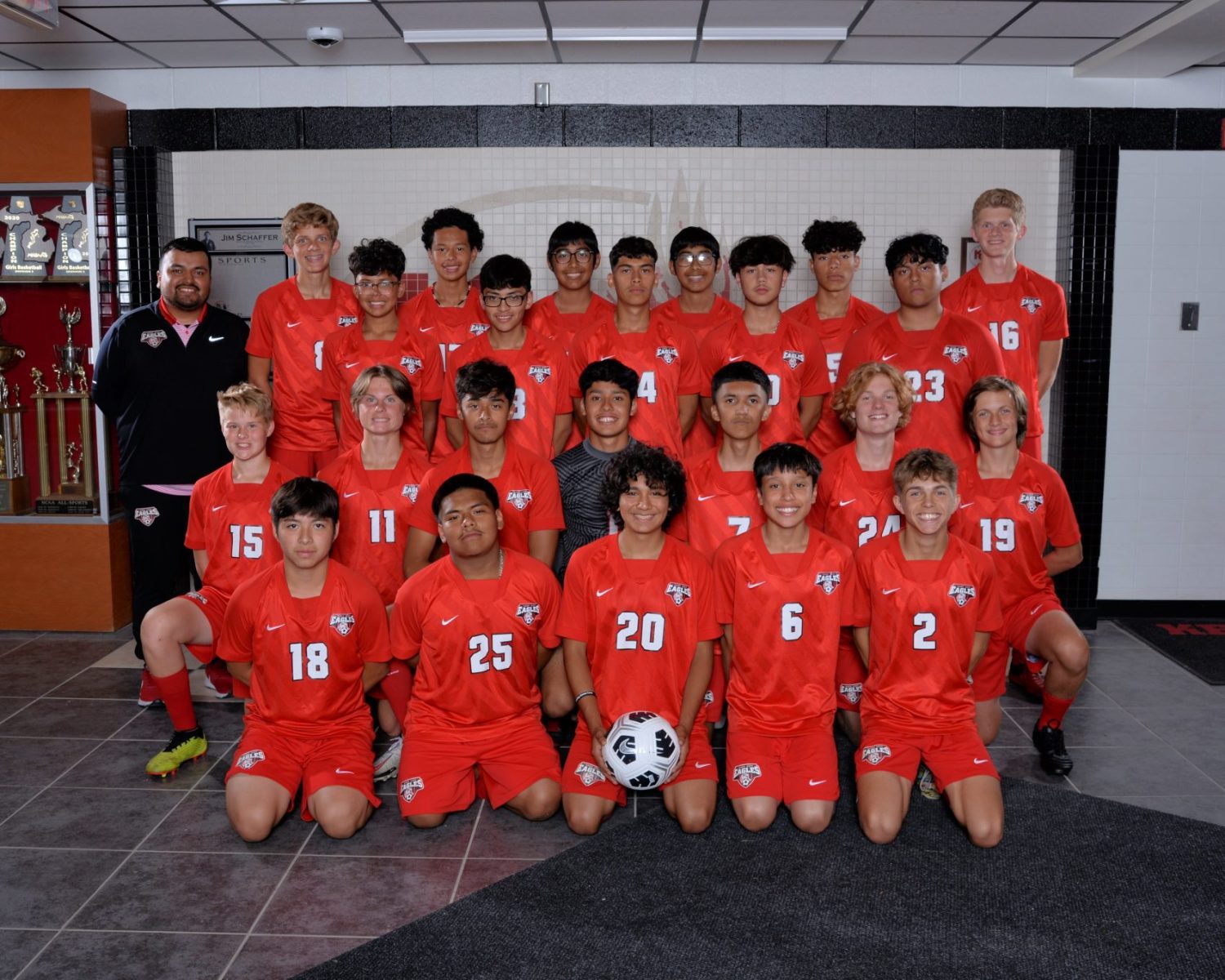 The Eagles took home the trophy with a 3-0 win over the Cardinals.

Though the game remained scoreless through the entire first half and much of the second, Kent City senior Jaret Jaramillo exploded with three goals in 5 minutes of game time to help earn the Eagles a victory.

With 18 minutes to go, Jaramillo headed in a cross from junior Alfredo Bolanos-Colin to put the Eagles up 1-0. Two minutes later, Jaramillo penetrated the Cardinal defense and drew a penalty kick, which he then knocked home for his second goal. Soon after, senior Noel Coronado passed it up to Jaramillo, who ripped a shot from 20 yards out that slipped past the Cardinal keeper.

The Eagles maintained the lead for the final 13 minutes of the game to earn the 3-0 win and their first ever CSAA Bronze tournament trophy.