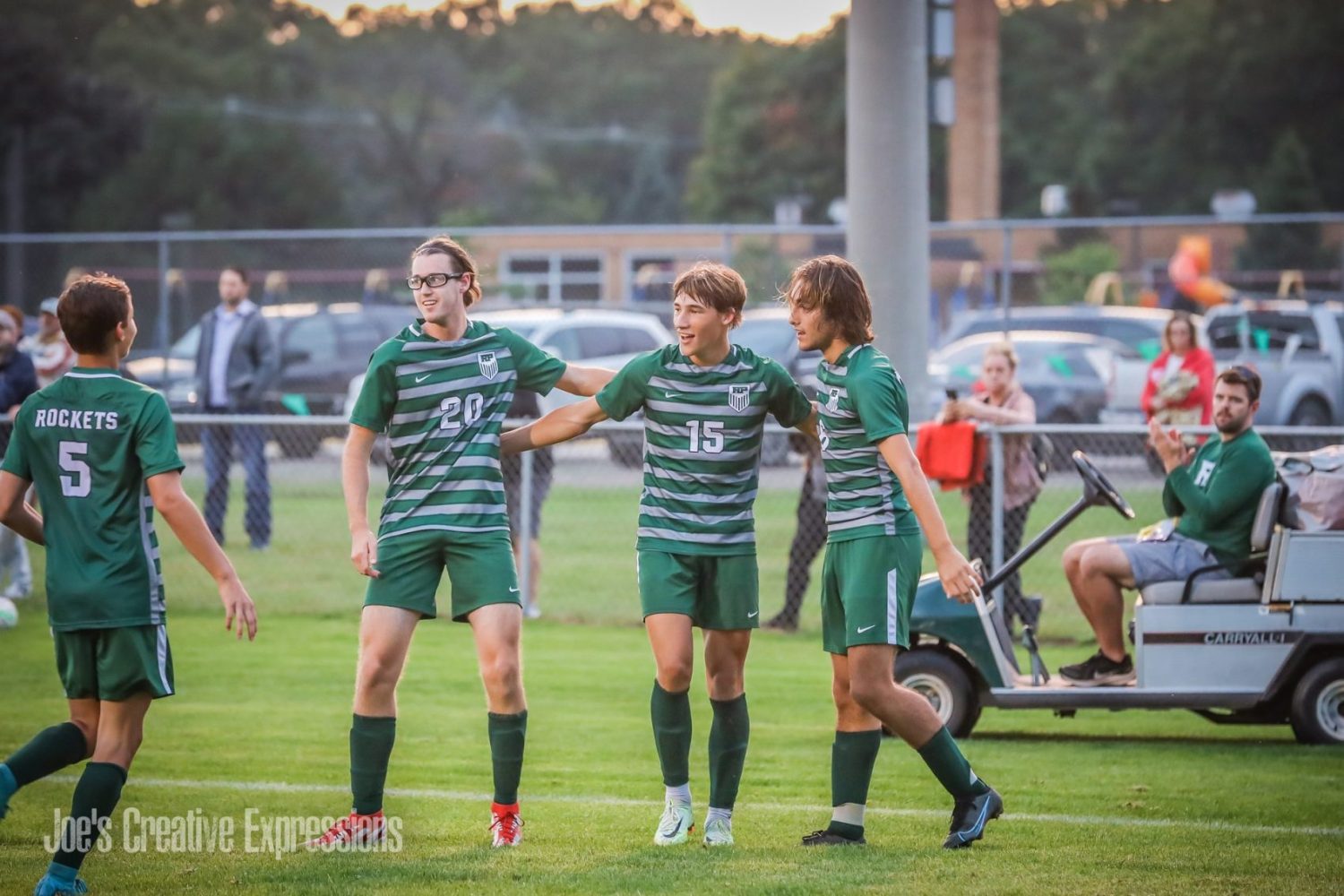 MUSKEGON–Reeths-Puffer junior Liam Smith has been chosen as one of two LSJ soccer players of the month in September by the Local Sports Journal.

He has 53 career goals and 26 career assists.

As a junior he is chasing both school records from a career standpoint.

“Liam is having another amazing season,” said Rockets coach Kody Harrell. “He is playing various positions which makes his 19 goals even more impressive because he isn’t always in the goal scorer role of our formation, he’s just super opportunistic with the opportunities he does get.”

All this and Smith is just a junior.

“The fact he still has a senior season after this, makes it really fun to watch us next season because we will have a player chasing career record milestones for goals and assists,” Harrell said. “You don’t see that very often.

“Liam has handled adversity very well this year, we haven’t had as many wins as the group was planning on as we’re sitting at .500 (6-8-2) overall,” Harrell said. “What makes me proud of the situation is Liam still shows up everyday and plays hard. He truly loves the game.”

The energy he brings has proven to be contagious up and down the Rocket roster. Harrell is hoping that translates to a solid second half of the season as well as a shot at winning districts.

Liam is the son of Nate and Michelle Smith and maintains a 3.7 grade-point-average.