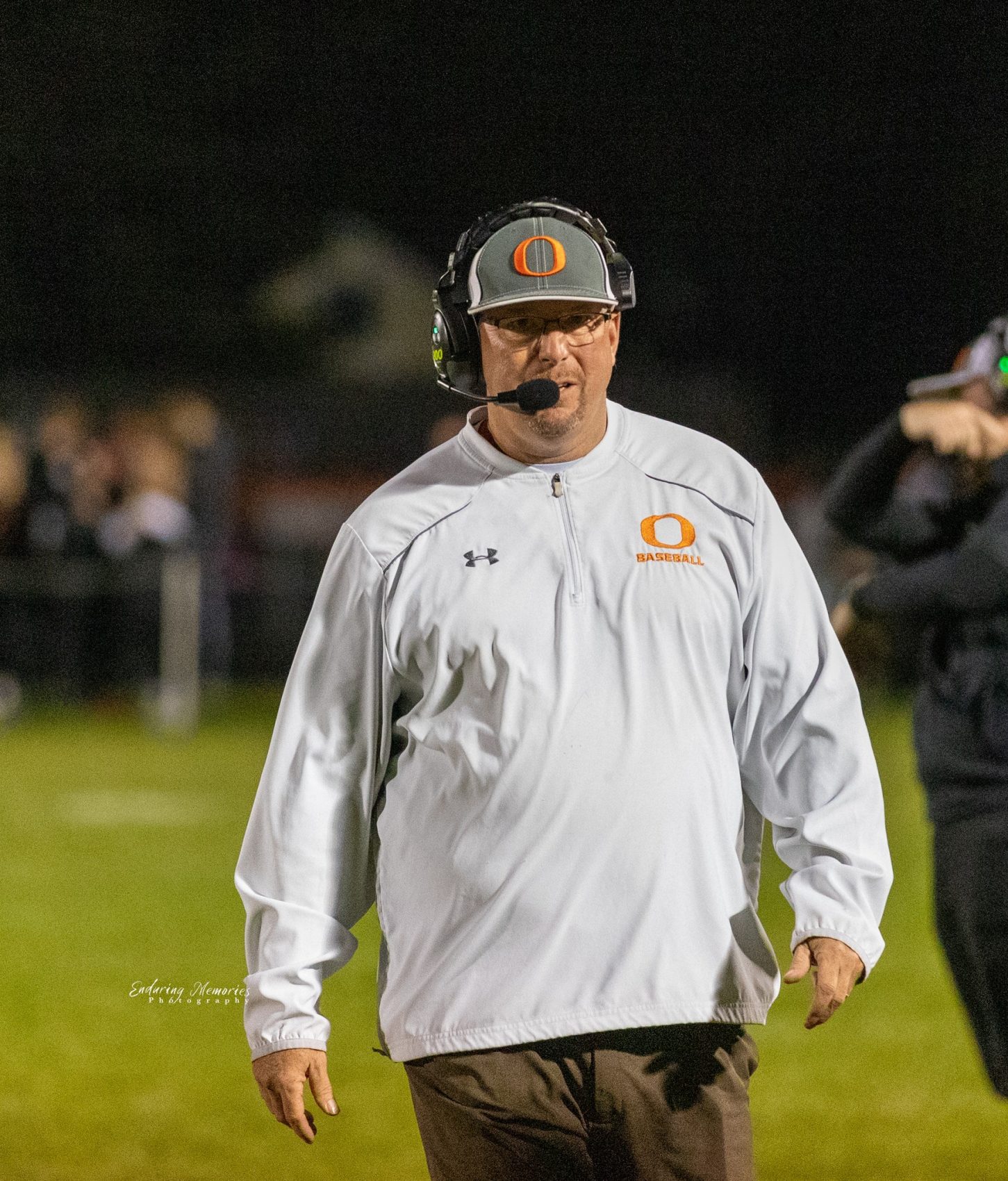 The Orioles didn’t play last week because Orchard View forfeited the game, but they certainly didn’t show it on defense as they kept the young Spartans under wraps all night.
“It was not a thing of beauty, but we made enough plays to get the win, so I was pleased with that,” said Ludington head coach Charlie Gunsell. “I think we scored three touchdowns in about a minute in the second quarter, and that really kind of changed momentum. We recovered a couple (muffed) kicks, defensively we settled down and offensively we did just enough.
“They turned the ball over at some critical times, and for the most part we took care of the ball. I was happy with that. The wind was really humming up here tonight,” Gunsell said. “We were trying to throw the ball based on what they were doing to us, and the wind made it kind of difficult. Defensively we were solid all night.”
Mason County Central actually had the lead early, 8-0 when the Spartans scored on a five-yard run by Peyton Merz with 10:53 left in the first quarter. Quarterback Will Chye ran in the two-point conversion.
But then things went south for the Spartans.
“I think they ended up scoring three times in the matter of a couple of minutes, and that just took a little wind out of our sails,” Spartans head coach Scott Briggs said. “We started the game very well. It seems like we were moving the ball steadily and controlling the game clock. We probably needed to score at least one more time, if not two more times in the first half.
“We did have a couple more opportunities where we did drive it and stalled out. A lot of different things didn’t go our way. You have to give Ludington credit, they made the plays.”
Ludington would narrow the deficit to 8-7 at the 7:59 mark when quarterback Chase Hackert connected with Levi Laman on a 25-yard scoring strike and Miles Wilson kicked the extra point.
The Orioles took the lead for good with 6:56 to play in the half when Hackert threw his second touchdown pass, this one to Aidan Gilchrist of 11 yards. Wilson’s kick made it 14-8 for Ludington.
Hackert scored the next Ludington touchdown on a 33-yard scamper with 6:49 remaining in the half to give the Orioles a 21-8 lead at the half.
Ludington tacked on its last touchdown on a three-yard run by Trey Forfinski with 6:29 left in the fourth quarter. Wilson added the PAT for the final point.
The Orioles rushed for 243 yards, with Forfinski the leader with 54 yards on 10 attempts. Hackert scrambled for another 46 on 13 carries and David Shillinger had 45 yards on six totes.
Hackert completed 8-of-17 passes for 89 yards. Gage Jones had two catches for 37 yards, Laman two for 28, Gilchrist two for 19 and Nathan Gilchrist one for 13.
Forfinski led the defense with 11 tackles and two for loss. Jones contributed seven stops and had two interceptions. Laman had five tackles and Deric Duncil had five tackles and one for loss.
“Mason County Central plays us extremely well. They just do,” Gunsell added. “They bring a lot of edge pressure, making it very difficult to get to the edge.
“Obviously, that’s what we like to do. Their kids play hard for Scott. They battle. At the end I was happy for our seniors to walk off Oriole Field winners.”
Merz led the Spartans with 54 yards rushing on 19 carries, Chye picked up 46 on six attempts and Jayden Perrone had nine touches for 37.
Chye was 2-of-11 passing for 31 yards, both throws going to Riley McLouth.
Keenen Kelley was the leading defensive player for the Spartans with eight tackles and one for loss, Kolden Myer followed with seven tackles and one for loss and Perrone had three tackles.
“I have to give my kids credit. They played hard right to the end, and gave a great effort,” Briggs said. “Ludington’s a very good team. They’re going into the playoffs.
“They were a great bunch to coach this year,” Briggs said. They try to do the right things. It’s just a matter that we’re young, we have a lot of sophomores playing on the team and we had a lot of seniors who didn’t play last year. We’re really close to being a special football team. We had quite a few games that could have gone either way. It was just a matter of a few plays here or there going our way, those games could have been wins.”
Ludington improved to 7-2 and awaits the MHSAA Playoff Show on Sunday to learn where it will be going in the post-season.

The retirement of educator-coach Pat Collins, who understands the true value of high school sports, is a big loss for the area sports community