Ludington gets by Whitehall in three sets in WMC Lakes volleyball 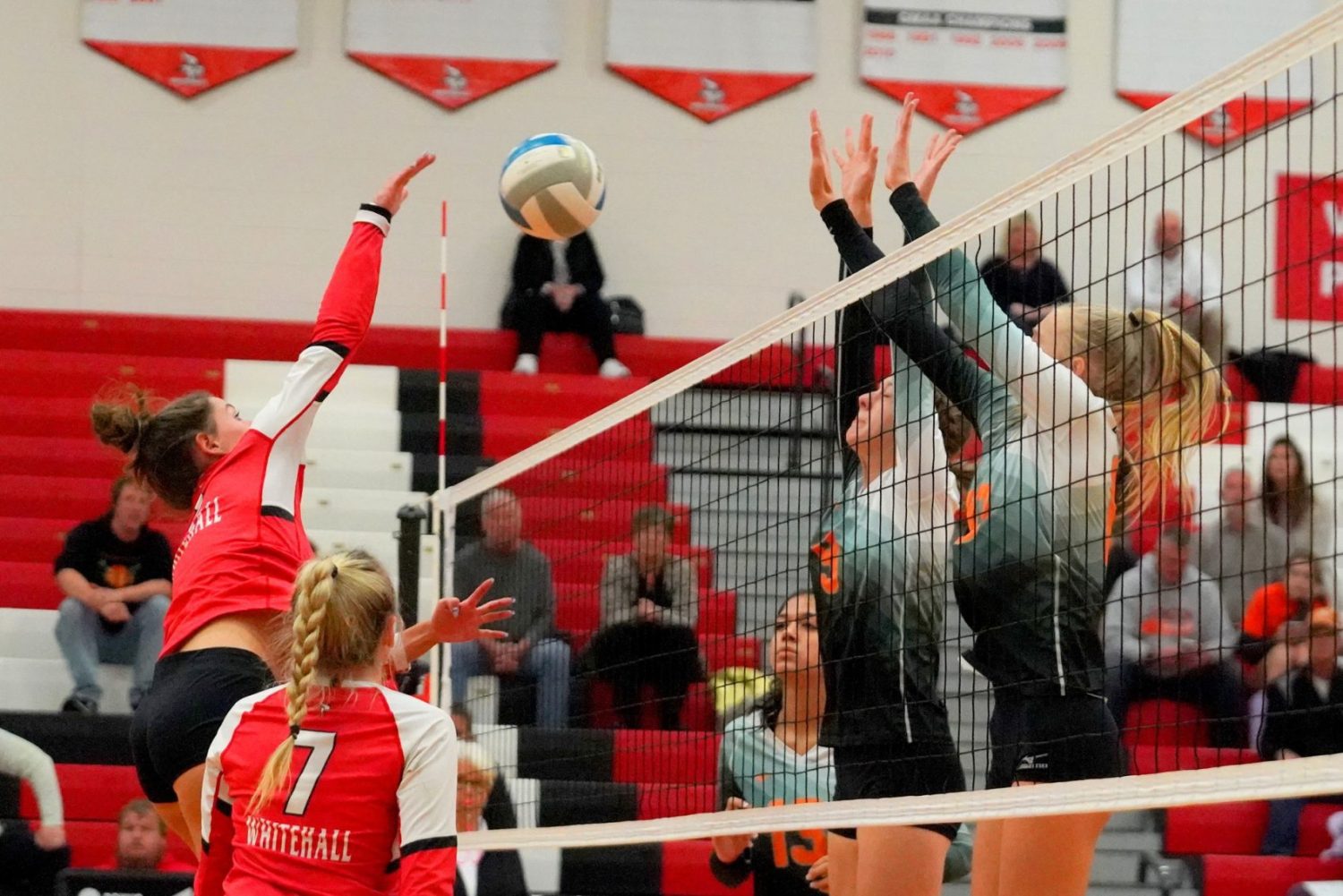 WHITEHALL — Ludington didn’t record many aces Tuesday night against Whitehall, but still managed to do enough to come away from the West Michigan Conference Lakes Division girls volleyball match with a 3-0 victory.

All three sets were close, with the Orioles pulling out a 25-22 win in the first, 25-18 in the second and then prevailed 27-25 in the third.
“The girls fought hard, but it was a lot of back and forth, point for point,” Ludington coach Liz Holden said. “We struggled on our blocking, but did a good job of getting the balls up. We just have to spend the rest of the week preparing for the (conference) tournament this weekend.”
Maddy Vaara paced the Orioles with 16 digs, 18 kills and three blocks. Karli Mesyar followed with 19 digs and added three assists and one kill.
Jordyn Anderson was the major facilitator with 34 assists, and she added six digs, five blocks and three kills. Mia Pung contributed 13 digs.
Keelyn Laird also had a big hand in the win, pounding down 10 kills, adding 16 digs and one ace. Ashley McPike had four blocks, five kills and three digs.
Olivia Lynn contributed four kills, one dig and two blocks, while Mia Voss added three aces, two blocks, two kills and one assist.
“The girls showed great energy and effort,” said Whitehall coach Ted Edsall. “They played incredible defense tonight, and really fought hard.”
Whitehall leaders included Kayla Mulder and Arianna Black with nine kills apiece, while Sydney Shepherd had 30 assists.
Chase Baker was the big leader on defense with 20 digs, while Black came up with 15. Shepherd and Baker each had two aces, and Caydence King had three blocks.
Whitehall fell to 14-17-5 overall, and finished 4-2 in the conference. The Vikings will also be at the conference tournament Saturday.