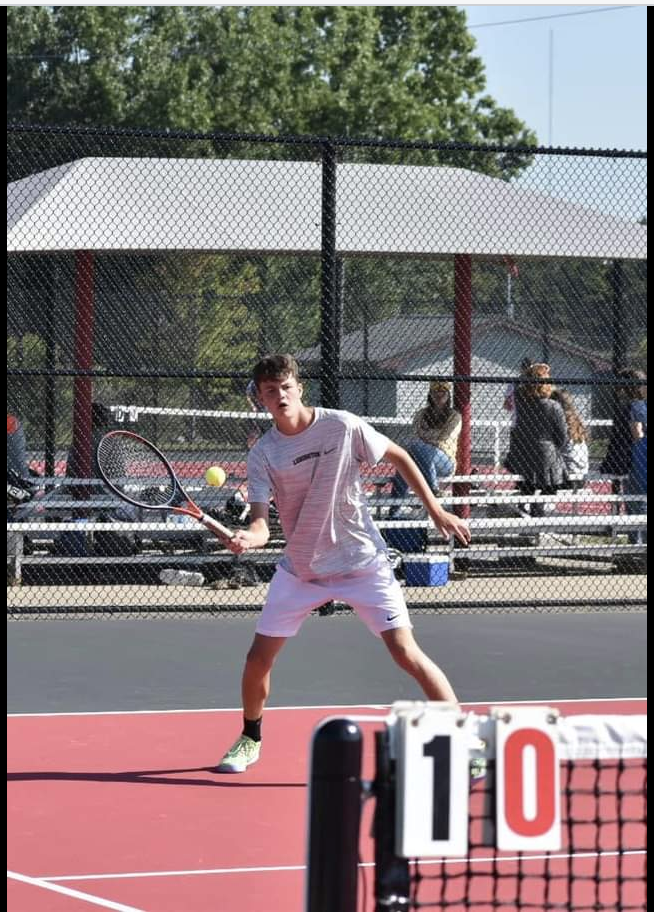 LUDINGTON–Ludington junior Jack Stidham has been chosen as one of the two Local Sports Journal tennis athletes of the month for September.

Stidham is 20-0 in singles matches in 2022 while helping to lead the Orioles to a 6-0 overall record through Sept. 20

“Jack is off to an amazing start,” said Orioles coach Rob Killips. “He has played very well and is quickly making the adjustment to playing singles after two years as a No 1 doubles player.”

The competition on the team has been fierce and that has driven the Orioles to even greater success.

“Jack and our other singles players are always competing and pushing one another and that is helping him when it comes time for matches,” Killips said.

Stidham has not only won all 20 of his matches, but most have come in impressive fashion. Not a bad start for a player moving from doubles to single.

“Jack and his partner were a little leary about the transition to singles, but as you can see by his record, it has been a successful transition,” Killips said. “I credit him for moving from what was comfortable and dedicating himself to being a successful singles player. You really can’t argue with the record he has posted to this point in the season.”

Jack is the son of Steve and Deni Stidham. Jack has a 3.75 grade-point-average.