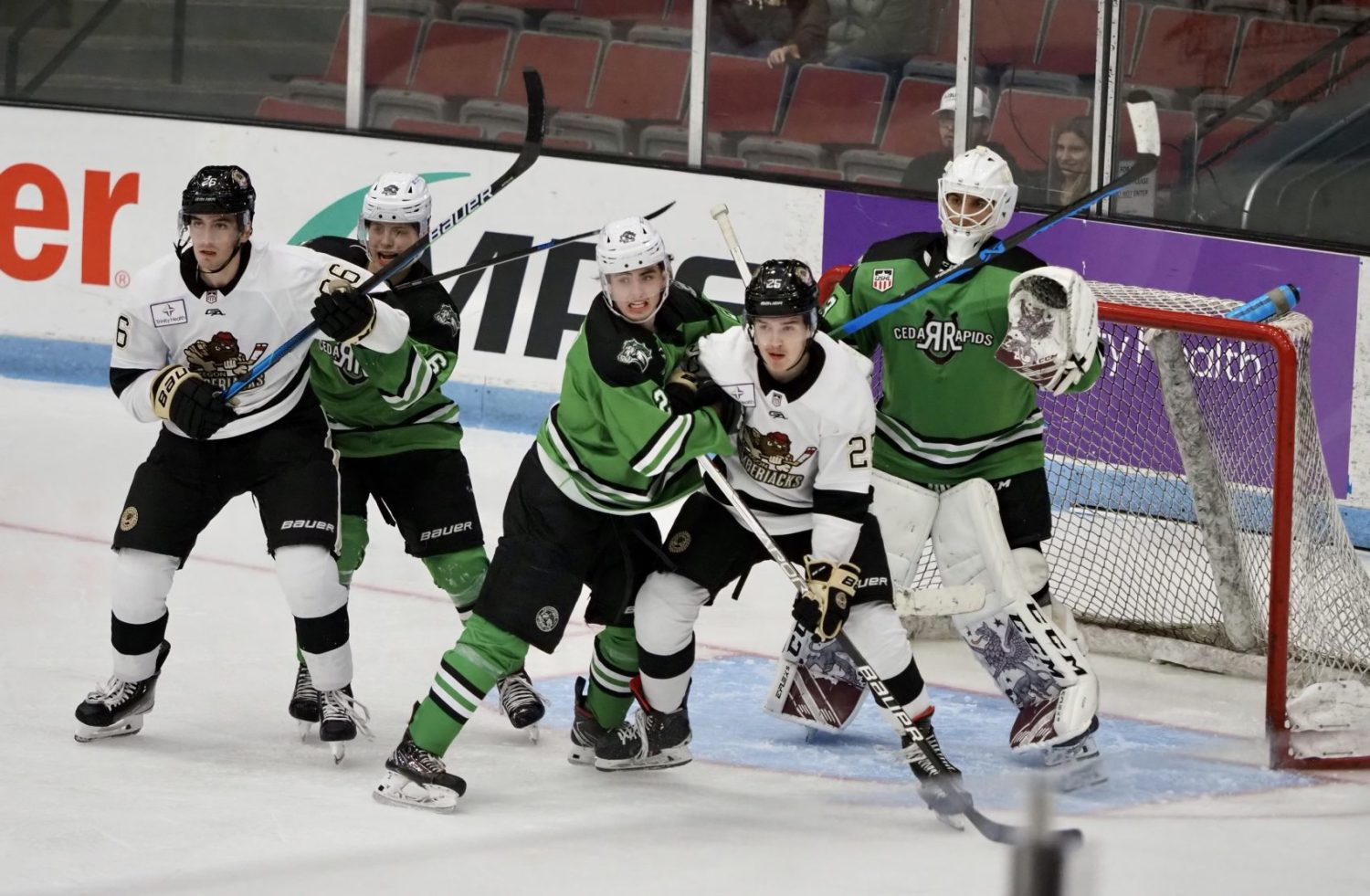 Potent offense and a flawless night on the penalty kill led the Muskegon Lumberjacks in their second game of a weekend homestand against Cedar Rapids on Saturday.

Muskegon tallied five unanswered goals in its 6-2 win over the RoughRiders.

Muskegon rallied back from a 2-1 deficit in the second period on a power-play goal from Ethan Whitecomb and the eventual game winner by George Fegaras.

Cedar Rapids rallied early in the second period, getting a goal from Ryan O’Connell and another from Dylan Hryckowian, 54 seconds later.

The third period was all Muskegon as Tyler Dunbar tallied a power-play goal for a 4-2 lead on a Gavin McCarthy assist. Tyler Hotson followed with assists from Matvei Gridin and McCarthy.

Nathan McBrayer capped off scoring for Muskegon on a power-play goal with just under two minutes left to play.

Muskegon was led by three players earning multiple points on the night. Boisvert and Hotson each earned a goal and assist while McCarthy and Gridin had two assists apiece.

Fegaras, Dunbar and Hotson all tallied their first goals of the season as Muskegon outshot the Roughriders 36-26.

Conor Callaghan posted his second win in goal for the Lumberjacks, stopping 24 shots.

The Muskegon power-play unit stepped up big against Cedar Rapids, converting 3 of 6 man-advantage opportunities into goals.

The Lumberjacks are now 3-2 overall, good enough for third place behind first-place Chicago and next travel to Green Bay on Friday and Saturday.