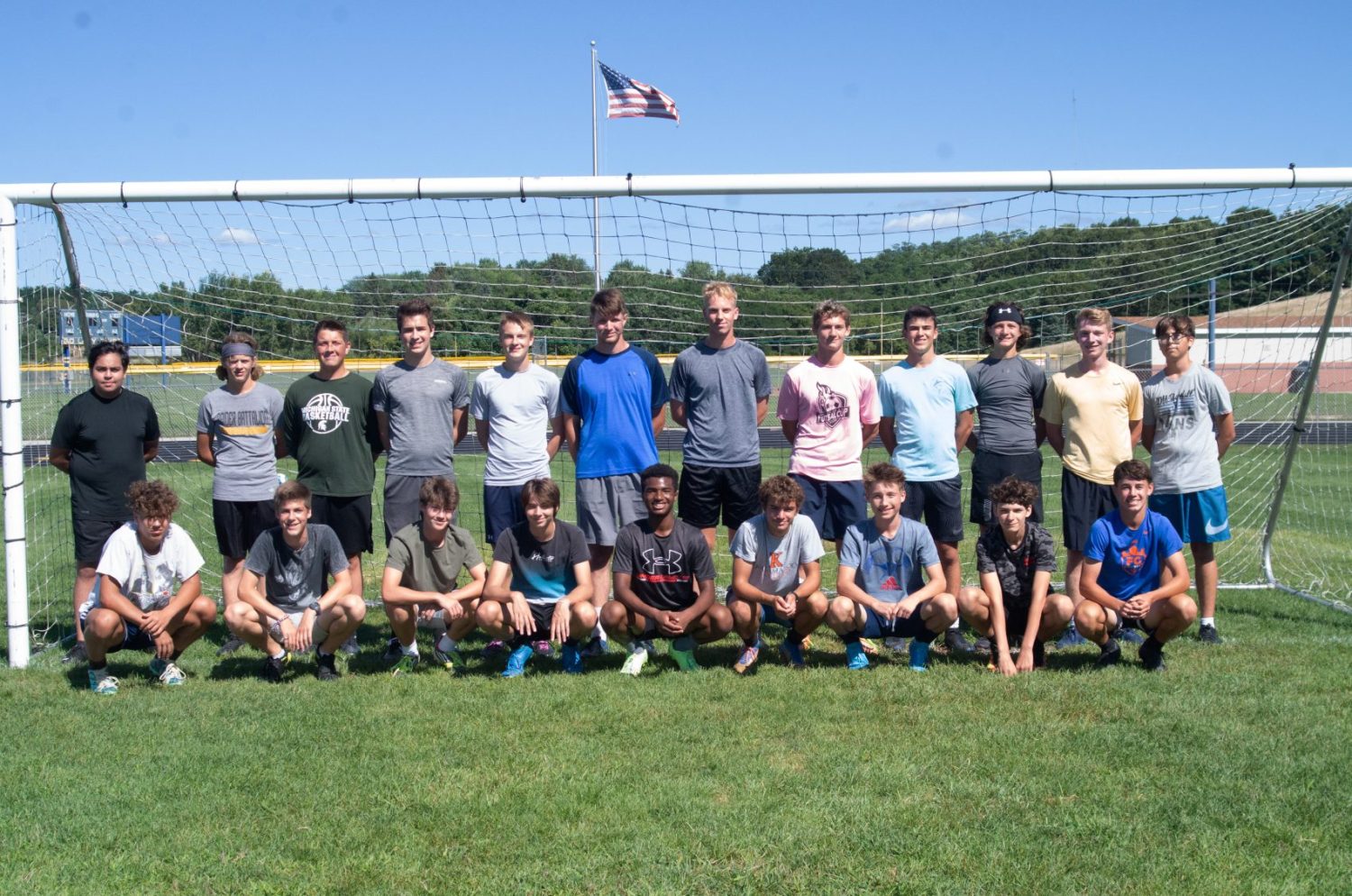 MANISTEE — Both teams had to battle the wind that gusted to over 40 miles per hour at times during the game, as well as a persistent rain, and neither could gain an edge on the other for a good part of the night.
The Chippewas, though, finally broke through for the only goal of the night with 27 seconds left for a 1-0 victory over Shelby in the Division 3 district semifinal contest at Manistee.
“I’ve played and coached in a lot of soccer games, and there have been a couple times where the wind was really bad,” said Manistee coach Brandon Prince. “But, this might have been the worst yet.
“Shelby played with the wind in the first half, and we just wanted to keep that zero on their side of the scoreboard the first half. We were fortunate enough to do so.”
Manistee goalkeeper Grayson Prince made a particularly tough save on a breakaway to maintain the shutout before halftime, but the Tigers keeper was also up to the challenge and came through with some big stops.
The Tigers defensemen also turned back several Manistee set pieces to preserve a 0-0 tie at the break. Manistee had six shots on goal in the first half.
“We had our chances, especially going against the wind,” coach Prince said. “But, we felt pretty confident heading into the second half knowing we’d have the wind at our backs.
“And we did have some really good chances, but the Tigers weren’t giving us an inch. They really made it difficult for us, and I thought they might be playing for overtime.
“They made a lot of substitutions in the last seven minutes, and we couldn’t find any seam in their defense despite some good looks. It was tough to play in those conditions. What a challenge.
“But, the guys overcame it and got one in. We’ll take it.”
Manistee finally capitalized on an opportunity when Luke Smith sent a cross that Jacob Scharp got his head on, sending the ball into the back of the net.
It was the Chippewas’ eighth straight win, and improved their record to 15-3.
Shelby ended the season with record of 12-10.
The Chippewas advance to the district championship game on Wednesday night at 4:30 p.m. against the Hart Pirates, who are on a hot streak of their own, at Hart.
Hart blanked Montague, 2-0 in the other district semifinal on Monday night for its fourth straight to improve its record to 13-6-1.
“We’re just going forward one game at a time, and I told the guys that,” Prince said. “We have to stay even level mentality, just focus on the next (game) and not get ahead of ourselves.
“Hart’s a quality team. They’ve got talent. They play with passion a lot of passion, so we’ve got to clean some things up. I’m going to chalk up a lot of the mistakes tonight to the weather.”
Both teams will be hoping for better weather for Wednesday’s game, so they can play some quality soccer.