Manistee rushes for 362 yards in win over Fremont 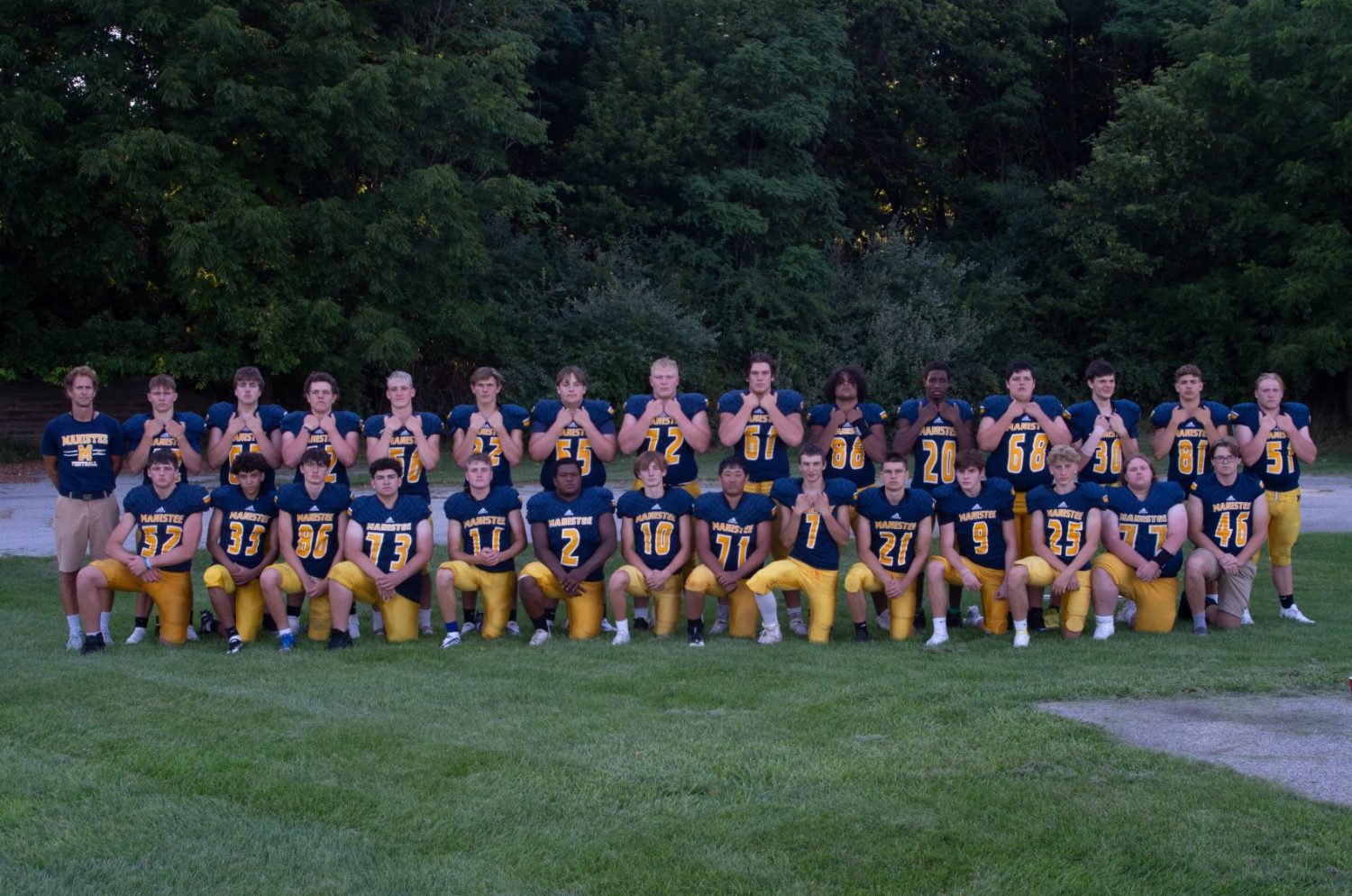 At least, Manistee believes it has a good shot at making the post-season party after handling Fremont, 35-6, in the regular-season finale Friday night on the road.

It was the Chippewas’ third straight win, and with a 6-3 record, they are all but certain that the playoffs beckon when the MHSAA Selection Sunday show airs.
Manistee pounded the ball on the ground as its offensive line controlled the line of scrimmage, and did what it likes to do … maintain possession and eat up the clock.
“We didn’t punt all night, if I remember correctly,” said Manistee coach Troy Bytwork. “We got a fourth down conversion on that first drive, and had some pretty long, sustained drives, too, which ate a lot of clock. We completed some nice balls. Jeff (Huber, the Chippewas’ senior quarterback) was on target most of the night.
“Obviously, the run game was springing off well there. The first half went exactly like I wanted it to, avoiding any sort of letdown. Montague (a 50-20 win last week) was the best we’ve looked, and we wanted to carry that momentum. And we did.”
The Chippewas stepped out to a 21-0 lead by halftime, scoring on their first three possessions and putting the young Packers in a deep hole that they could not climb out of.
With their domination of the line of scrimmage, the Chippewas pushed down the field the first time they had the ball 74 yards on nine plays, Nick Hornkohl capping the drive with a two-yard run off tackle and Cauis Johns kicked the extra point for a 7-0 lead with 4:16 showing on the clock in the first quarter.
Kaden Kott, a fleet sophomore halfback for the Chippewas, went in from 5 yards out which increased Manistee’s lead to 14-0 with 6:50 to play in the second quarter.
Trevor Adamczak got the ball right back for the Chippewas when he recovered a fumble by the Packers, and Huber converted the turnover for an 8-yard scoring pass to Hornkohl which made it 21-0 at the intermission.
“Fremont was looking to run between the tackles, and we really did a good job bottling that up all night,” Bytwork said.
Kott took a pitch from Huber and after going a short distance laterally launched a 19-yard halfback option pass to Hornkohl in the third quarter.
The Packers avoided being shutout when quarterback Kyler DeKuiper fired a 60-yard touchdown pass to Gabe Curtice in the fourth quarter.
Manistee scored one more time before the end of the game, when Huber took the snap and hit the right side of the line and went in untouched from 1 yard out.
“You want to be playing your best ball at the end of the season going into the playoffs, and we’re there,” Bytwork said. “It’s the best 12 quarters consecutively that we’ve played this year.
Manistee ground out 362 yards on the ground, with fullback Isaiah Davis getting the ball 15 times and gaining 107 yards. Hornkohl had 59 yards on 16 attempts and Huber added 36 on six totes, while Kott picked up 37 on three tries.
Huber finished 5-of-7 passing for 84 yards, two of them going to Kott for 47 yards and Hornkohl hauling in two for 37.
Defensive leaders included Caden VanSickle with eight tackles and one sack. Adamczak contributed six stops and Petzak finished with three in addition to the interception.
Justin Dirheimer led the Packers in rushing with 51 yards on 12 attempts.
Talen Reichert-Slater completed 7-of-13 passes for 83 yards while DeKuiper was 2-of-2 for 51. DeKuiper also caught three passes for 43 yards.
Michael Romero was in on 17 tackles to lead the Packer defense. Gabe VanVleet and Connor Pettis each had nine.
Fremont ended the season 4-5, with three straight losses. The Packers were 1-5 in the conference.
The Chippewas finished 3-3 in conference play.

Muskegon Big Reds primed to put another star in their storied football resume with victory No. 800