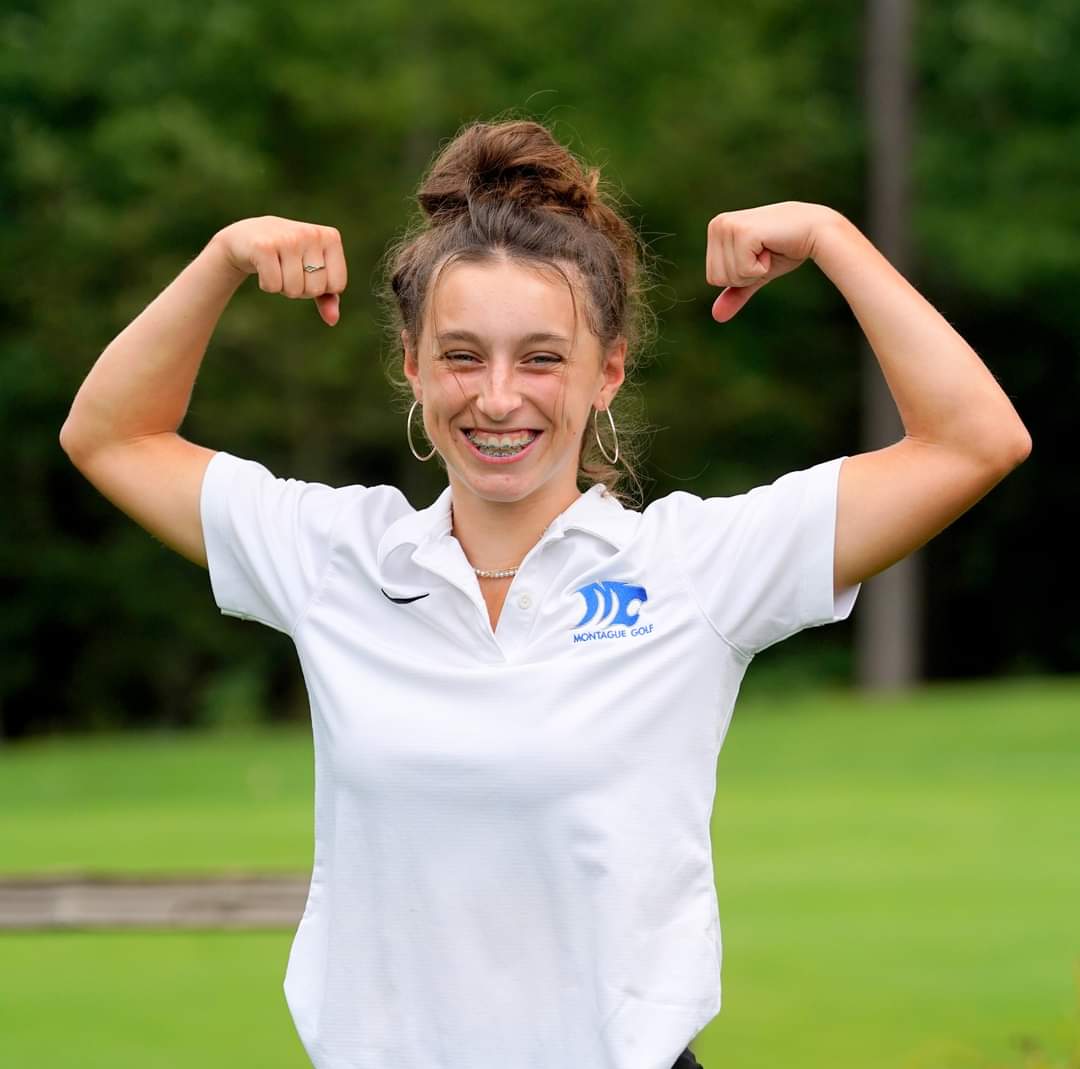 MONTAGUE–Montague junior MacKenzie Goudreau has been chosen as one of two Local Sports Journal golfers of the month for October.

Her season resume is quite impressive.

Her average this season is the lowest in school history. This year she was the individual GMAA Medalist.

She was second as an individual in the West Michigan Conference and placed second in the conference championship. She placed third at the regional championship.

Another highlight was finishing with the low score on the first day of the Katke Classic. She finished second overall in the two-day event.

She holds the school record with a score of 75 shot at the GMAA this year. She has the five lowest rounds in school history. Her scoring average is seventh best among Division 4 golfers.

She was all-state honorable mention her freshman year. As a sophomore, she was first-team all-state with a good chance of repeating that feat this season. While a Wildcat, she was a member of two state championship teams and three GMAA title teams.

“Mack is a killer on the golf course,” Montague coach Phil Kerr said. “She isn’t afraid of anyone. She’s the ultimate competitor and no one works harder on their game both in and out of season.

“We’ve been so blessed to have her in our program the past 3 years as she was a huge contributor in both of our state championships and this year she has been our ace in the number 1 spot and led us to a third straight GMAA championship.

As a junior, Goudreau is considered the best player in the program’s history with one more season remaining.

Mackenzie is the daughter of Scott Goudreau and Ele Goudreau. She has a 3.3 grade-point-average.