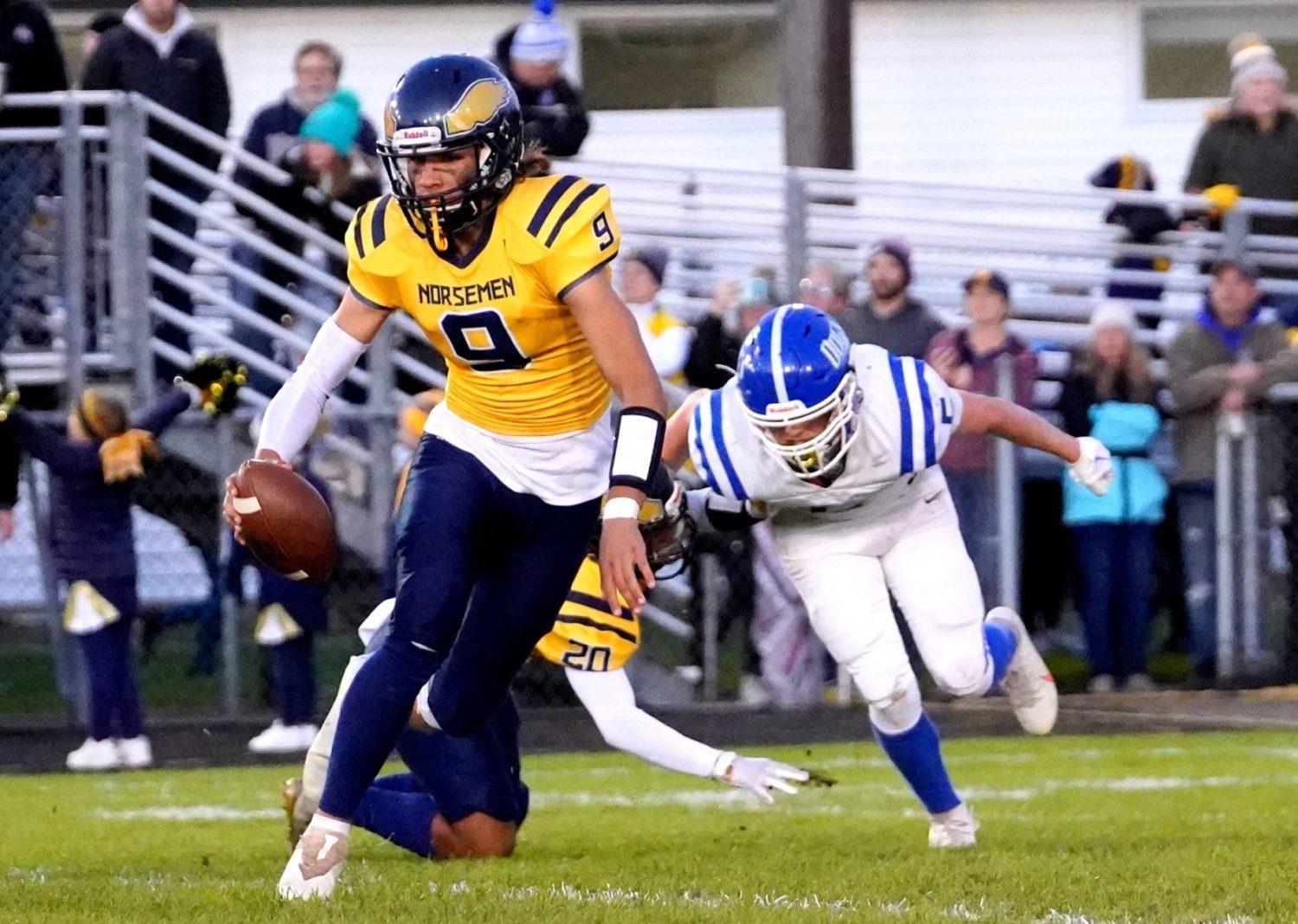 The Norsemen lived up to the moment, with their underrated defense setting the tone early, allowing the aerial attack to get going later, in a 28-7 victory.

It seemed like the entire village was on hand to celebrate the resurgent Norsemen, who improved to 6-1 overall and remained undefeated in the West Michigan Conference Rivers Division.

“We’re trying to build something special here,” said 6-3 sophomore quarterback James Young, who completed 12-of-24 passes for 138 yards and three touchdowns, with just one interception.

“It was a great night. All the little kids were here watching and we just wanted to play good and set a good example.”

North Muskegon’s offense garnered much of the attention heading into Friday’s showdown, featuring the area’s leader in passing yards (Young) and receiving yards (fellow sophomore TJ Byard) – but it was the defense which earned the most praise from seventh-year coach Larry Witham after the game.

“That scoop and score really got us going,” said Witham, whose team beat Ravenna for the first time since 2017. “We have a lot of speed on defense and when we get to the football, our kids deliver a blow.”

NM’s offense didn’t get on the board until just 22 seconds remained in the first half, with Young lofting a perfect pass from 34 yards out and Byard coming down with the ball in traffic in the end zone, giving the hosts a 14-0 halftime lead.

The super sophomore duo was at it again in the third quarter, this time with Byard doing most of the work after a short completion on a 31-yard scoring play.

“We’ve been playing together since kindergarten and we definitely have that special chemistry,” said Young, who now has 1,699 passing yards through seven games, with 22 touchdowns and four interceptions.

Ravenna (5-2, 4-1) scored its only points on the second play of the fourth quarter, when quarterback Hunter Hogan hit Drew Mabrito on a slant pattern. Mabrito broke a tackle over the middle and showed impressive speed, racing 80 yards for a TD, cutting the deficit to 21-7.

But that was as close as the Bulldogs would get, as they gave the ball over on downs on their next possession.

The Norse then iced the game with a 6-yard pass from Young to senior tight end Kyle Huff.

Junior Ben Meyers stood out for NM on both sides of the ball. He stepped in at running back after starting running back Denny Belmonte injured his knee on the second play of the game and led all rushers with 10 carries for 77 yards. He also made six tackles on defense, including two for loss.

“Ben Meyers is one of the smartest players I’ve ever coached, and I’ve been coaching for a looooong time,” said Witham, who is a 1980 North Muskegon graduate. “We really hope Denny Belmonte will be OK, because he is the heart and soul of our football program.” 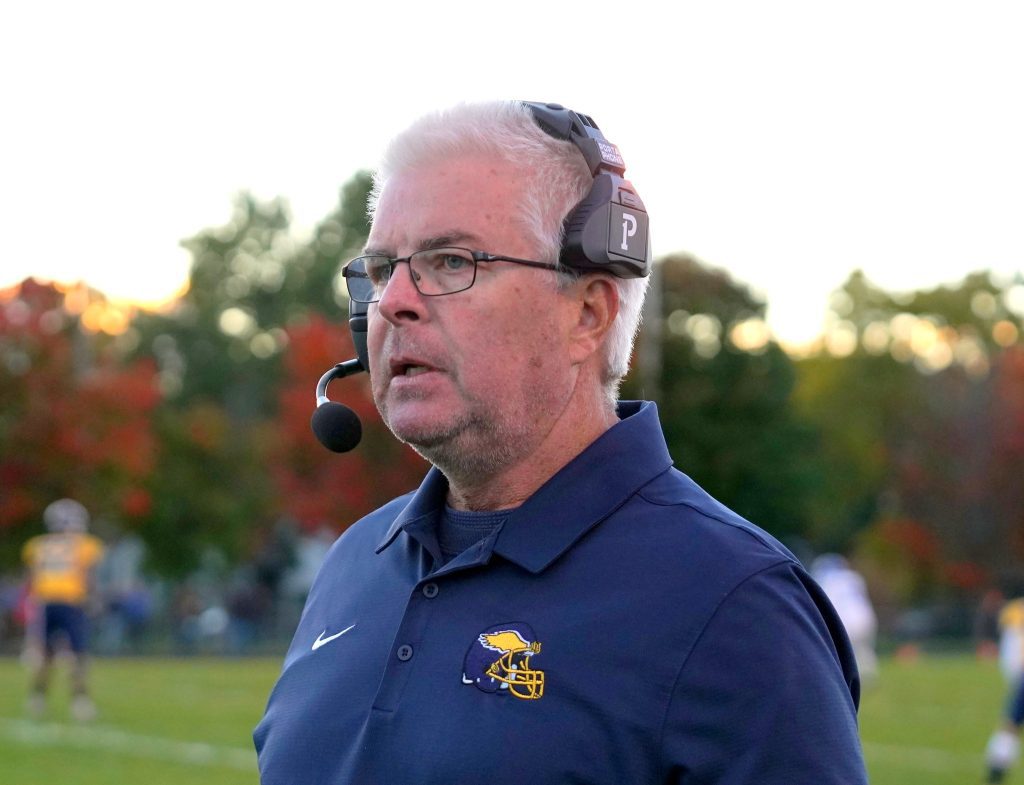 Hogan, per usual, was a workhorse for Ravenna on both sides of the ball. He completed 4-of-11 passes for 136 yards with one touchdown and two interceptions. The senior rushed 21 times for 33 yards and led the defense with eight tackles and an interception.

Ravenna, which beat North Muskegon twice last season, has to regroup quickly with a huge rivalry game next week at Oakridge.

North Muskegon, which could very well host Ravenna again in the Division 7 playoffs, play at winless Holton next week.

Tuesday prep volleyball: Oakridge opens its season with a 3-0 sweep of Hart in conference match 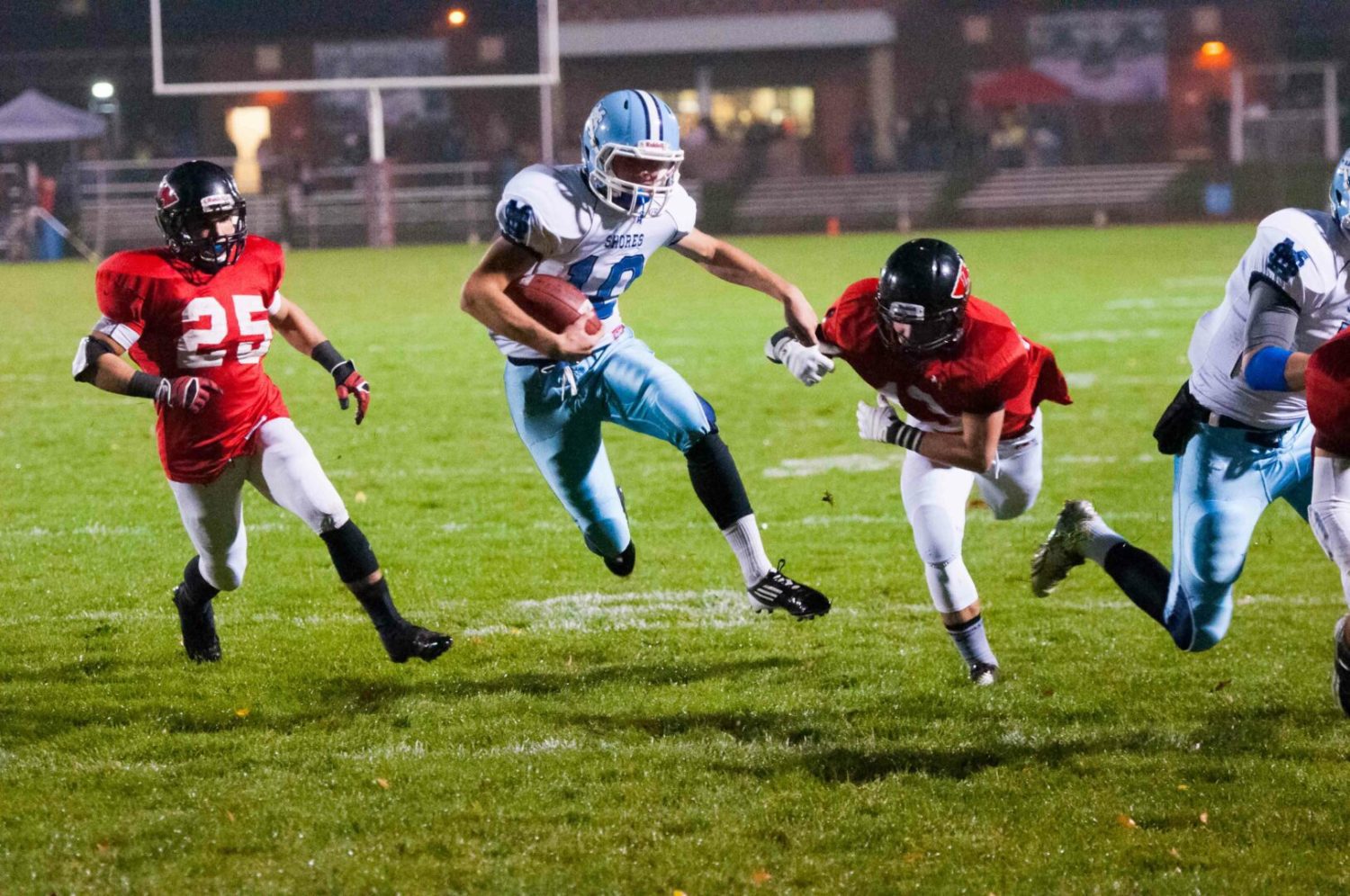