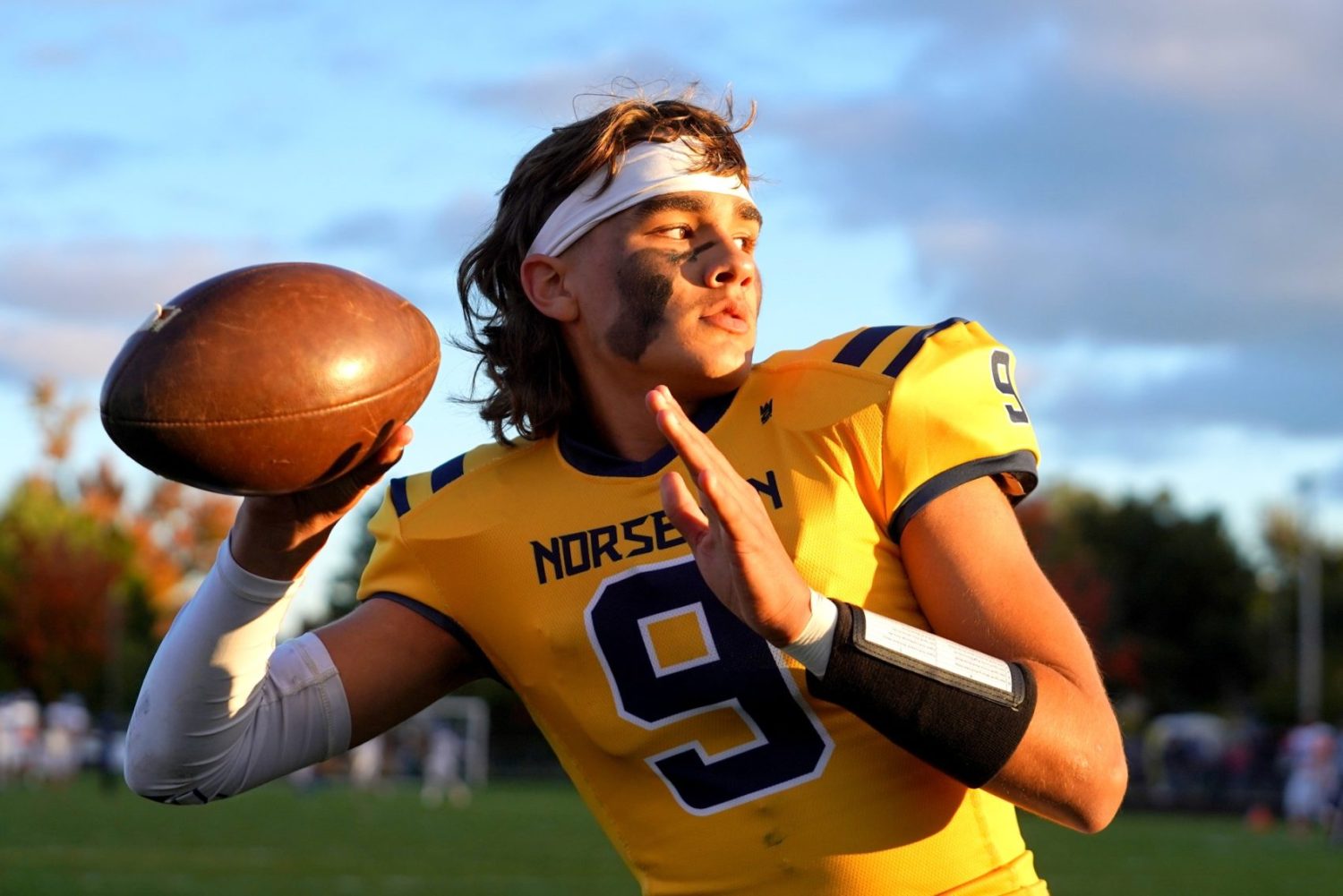 NORTH MUSKEGON–The success of the North Muskegon football team can be traced to a number of reasons, but the passing efficiency of quarterback James Young is front and center of that success.

Young, a sophomore, has completed 116-of-163 passes (71 percent) for 1,699 yards this season. He has 22 touchdown passes and been intercepted just four times.

His accomplishments have earned him Local Sports Journal offensive player of the month honors for the month of October.

Of course, Young has plenty of targets and he’s been doing a good job of spreading around the weather.  TJ Byard, Ben Meyers, Carsen Moat, Alec Newville, Denny Belmonte all have double digit receptions.

“James has had a remarkable breakout year this season as the returning starter in this, his sophomore season,” North Muskegon coach Larry Witham said.

During his freshman campaign, Young amassed 949 yards passing (77-of-125) with 12 touchdowns and eight interceptions. His season was cut short by a broken collarbone suffered in Week 7 against Ravenna.

“He picked up right where he left off this season,” Witham said. “He’s a real student of the game, he has really taken our offense to the next level with not only his arm, but his head as well.”

Young also was lauded for his pre-snap checks, changing pass protection as well as plays before the ball is snapped.

“We all look forward to where James can go from here, certainly for the rest of this season and beyond,” Witham said. “His future as well as the future of North Muskegon football is very bright.”

James is the son of Paul and Jill Young. He has a 3.698 grade-point-average.