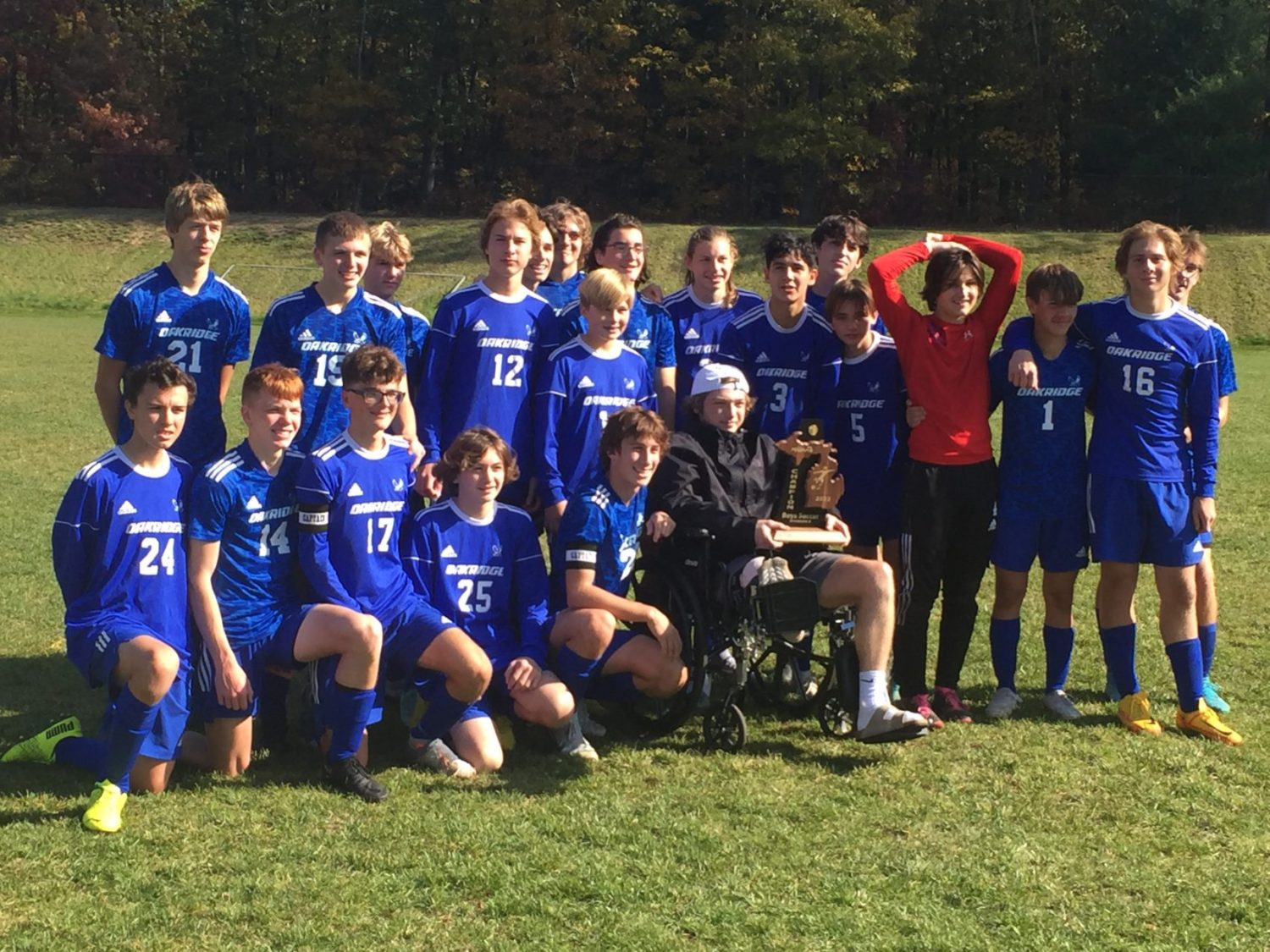 The match was played at Orchard View High School.

Oakridge’s strong counter-attack game was a major asset right from the start.

Though West Catholic dominated possession in the opening minutes, an Eagle counter earned them a corner kick. Junior Arturo Romero took the kick, which slipped through the hands of the West Catholic goalkeeper and was headed in by Isaac Willard for the game’s opening goal.

The Falcons put in an equalizer several minutes later off a breakaway.

West Catholic again went on the attack to begin the half, but the Oakridge defense – led by twin centerbacks Tyler and Trent Gillette – held firm. With 20 minutes left in the match, the Eagles received a free kick near midfield. Senior Brayden Mahnke struck the ball into the penalty box, where Romero headed it in to put the Eagles up 2-1.

Oakridge began to settle back into a more defensive formation to close out the game. West Catholic generated several chances, but could not convert them into goals.

The Eagles scored again with less than 7 minutes remaining when Romero put a 25-yard free kick in the low corner and just outside the reach of Falcon keeper.

Senior Zack Maitner tapped in a pass from Romero with just 16 seconds remaining to add the final goal for the Eagles.

“This group of seniors has been a special group,” said Oakridge coach Greg Fleener. “This has been their third district final – we lost last year in a shootout – and to come back like that against a really good soccer team is really special.

“I don’t think we changed a whole lot of what we do, I think we just worked harder,” Fleener said of his team’s play. “They play the long game really well and I don’t think I’ve seen anyone play that long of a field as well as they do. I just thought we needed to work harder and keep communicating.”

Oakridge will face Paw Paw on Tuesday in the regional semifinal. That game is at Grand Rapids Christian.