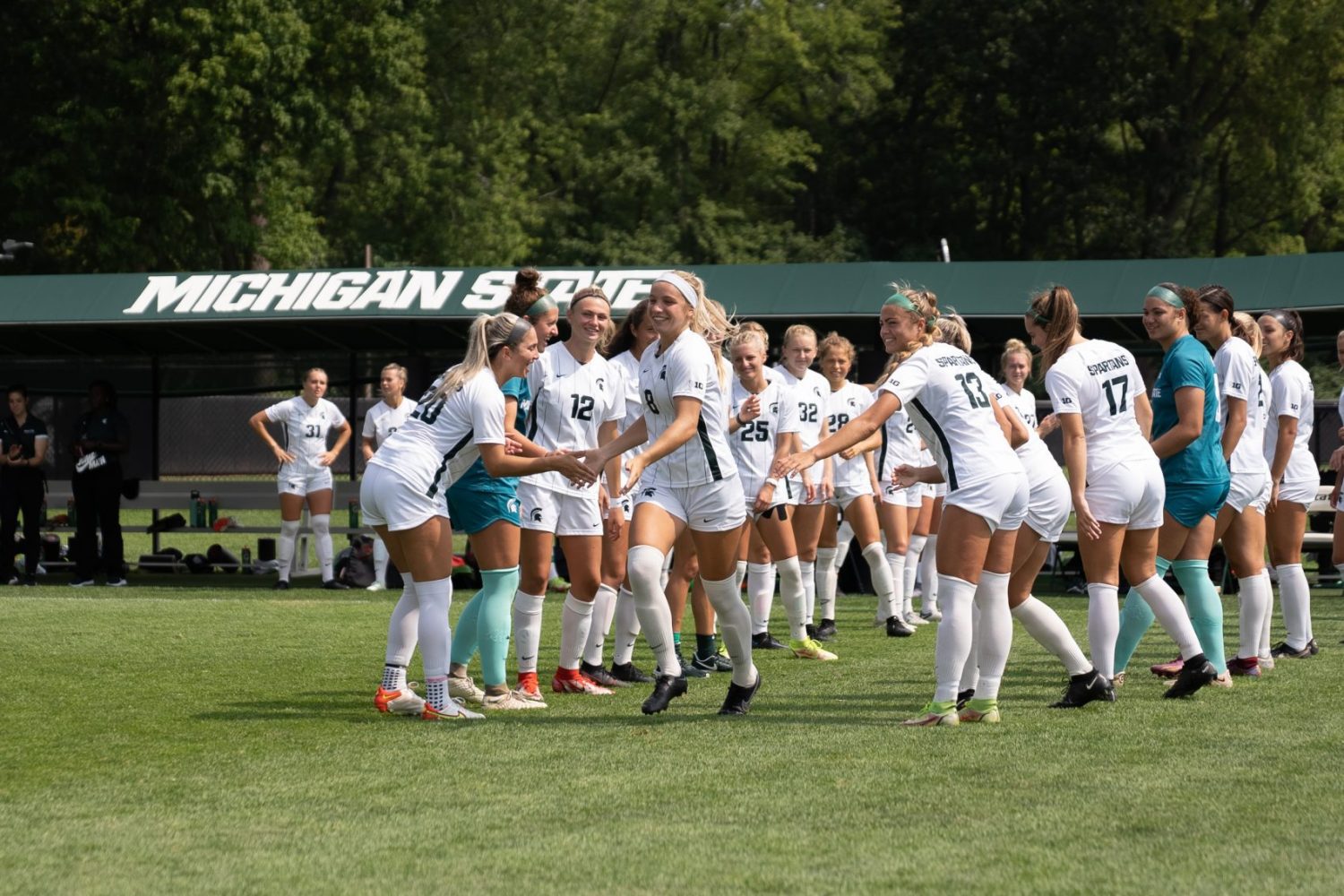 The Spartans are not only the Big Ten champions, but they are ranked No. 6 in the nation. MSU will host the Big Ten’s eighth-seeded Minnesota Golden Gophers in the Big Ten Tournament quarterfinal match on Sunday. The match will be at DeMartin Stadium beginning at 4 p.m.

The game will be televised by the Big Ten Network.

Cox, a defender, is a key member of the Spartans’ No. 1-ranked defense in the nation. Cox is a graduate of Mona Shores High School.

Michigan State just completed the regular season with a record of 14-1-3, 9-0-1 in the Big Ten. Their lone season loss came back on Sept. 4 to then-sixth ranked Arkansas 1-0. 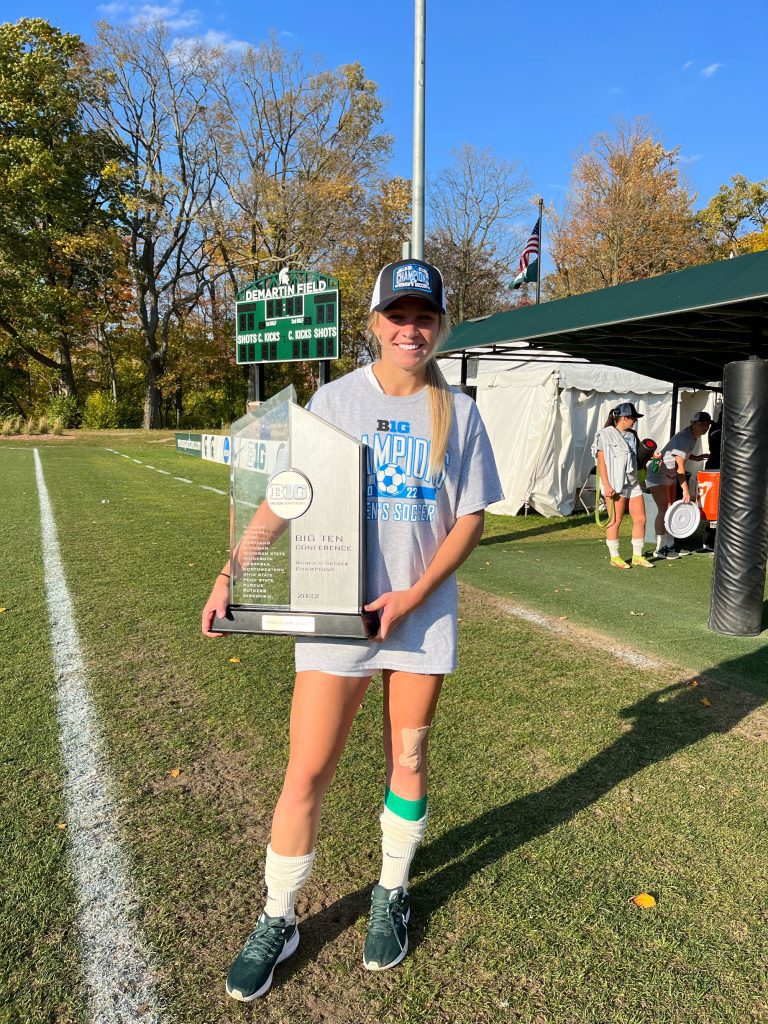 Cox is a senior academically, but still has 1 year of eligibility due to NCAA rules regarding covid. She has indicated she will take advantage of the extra year and return in 2023.

Cox has started 17 games for the Spartans and has logged 1,302 minutes of playing time this season. She has played six complete 90-minute games as an outside back. She is looking forward to the challenge of the postseason.

“We just finished our regular season with one loss which was incredible,” Cox said before practice on Tuesday afternoon. “We have a lot of belief in each other this year. Our goal was to get better throughout each game and each week. Our goal was never to be Big Ten champions.”

Thoughts of playing on the big stage in front of a national TV audience is boosting the enthusiasm of Cox and her teammates.

“I’m really super excited about playing on national TV and that we get to host the first round,” Cox said. “I think we have a lot to prove in general. I just think it has been an incredible season and that we have worked really hard. I’m really proud of the impact that the girls have had this season with each other.

Cox has played in 47 games during her career, which includes time at Michigan State and Arkansas.

Michigan State is seeking its first-ever Big Ten Tournament title. This past Sunday, the Spartans completed the Big Ten season undefeated for the first time in program history. 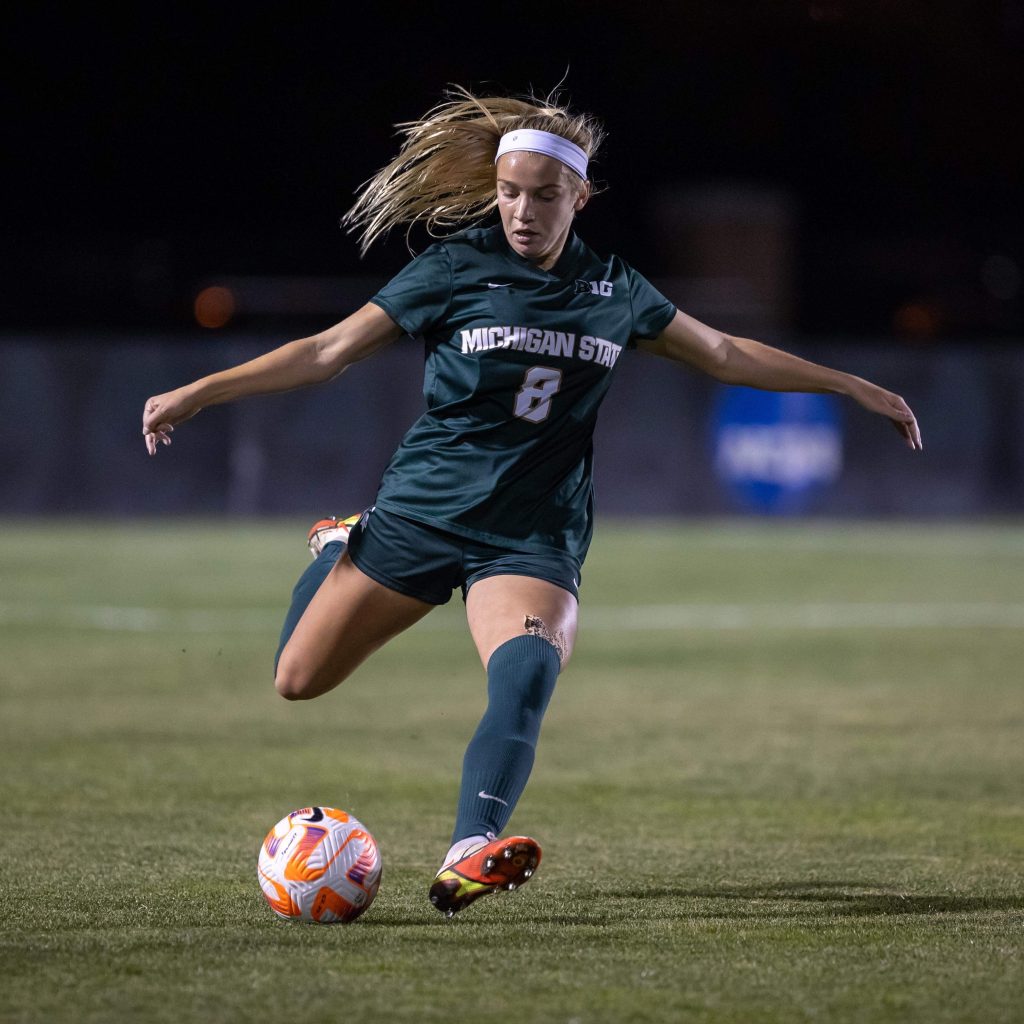 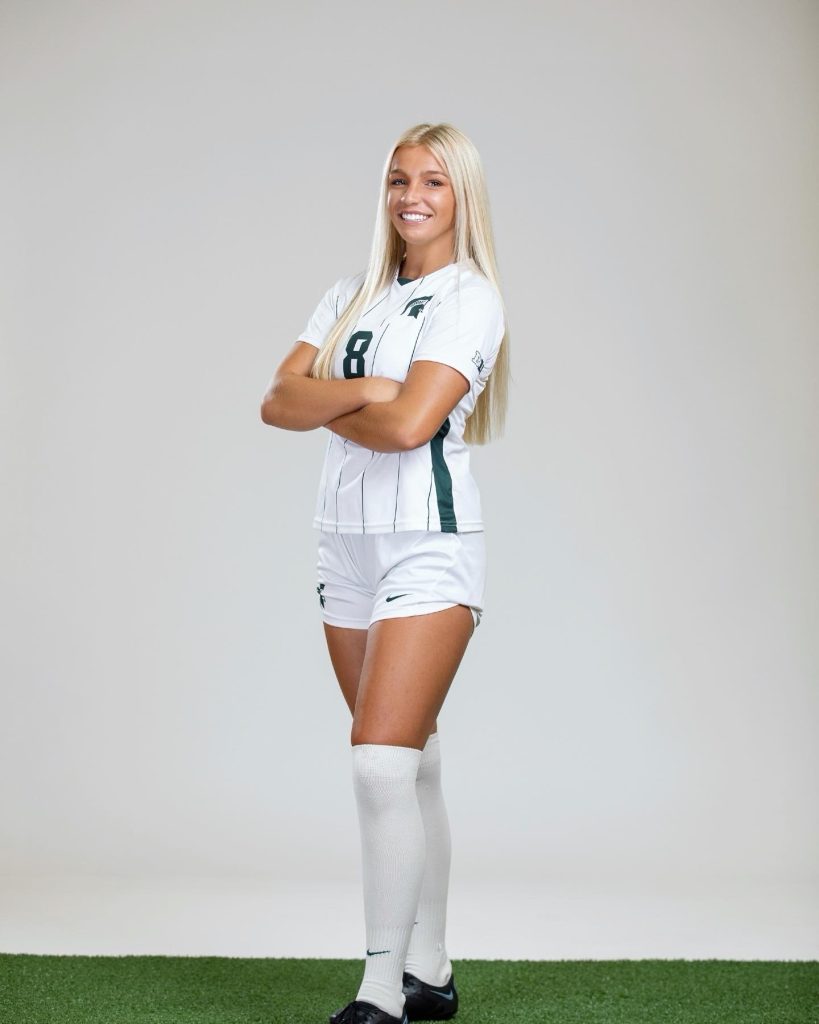 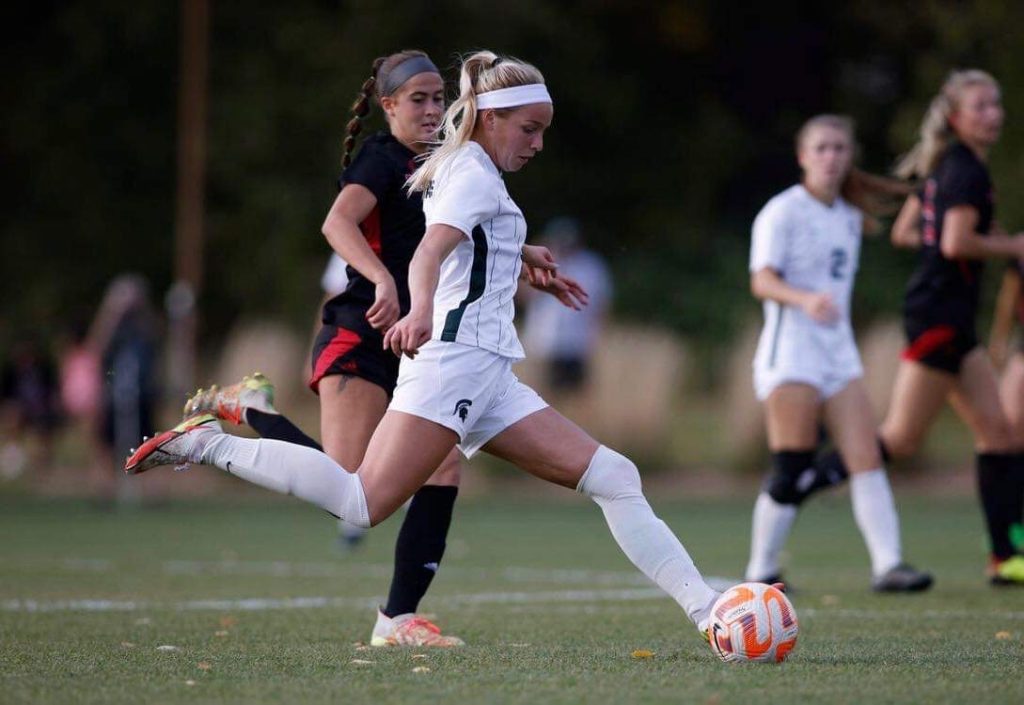 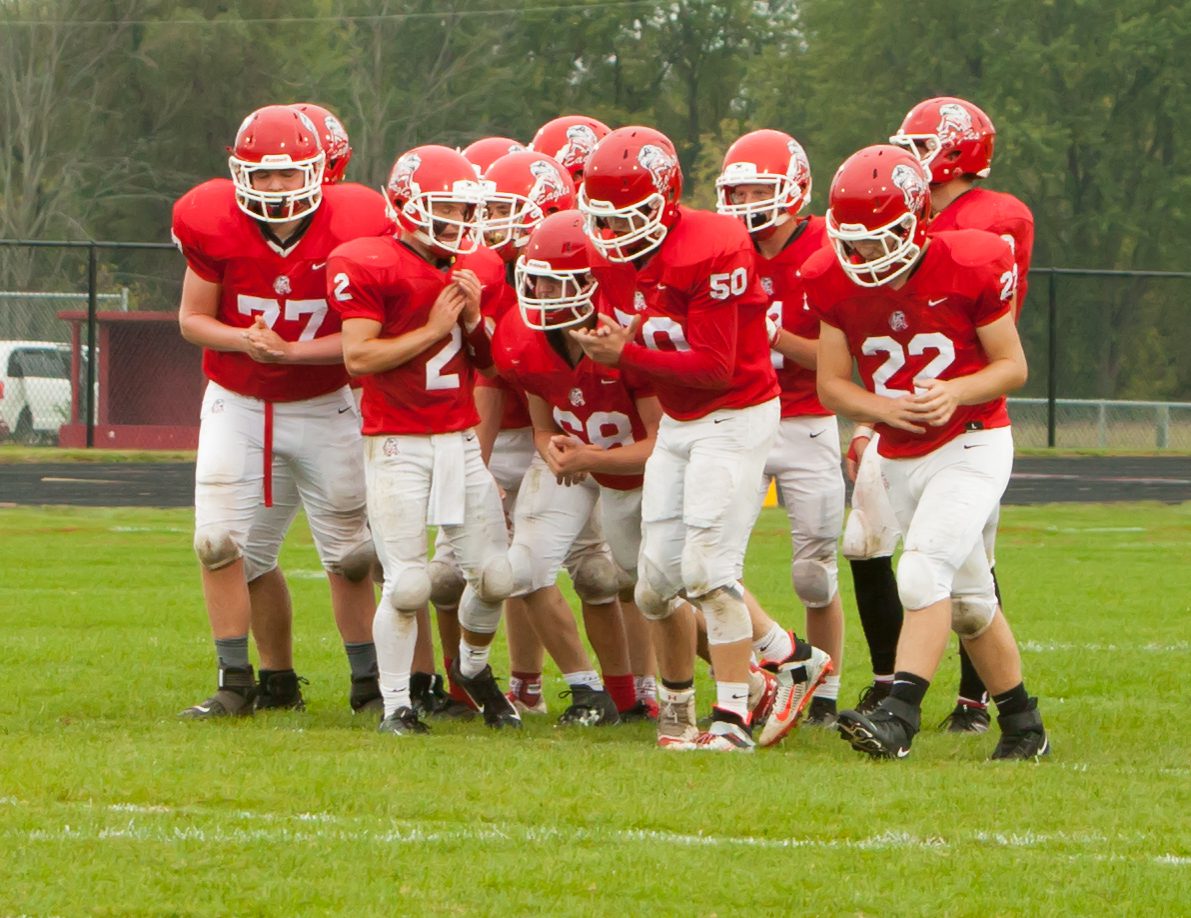 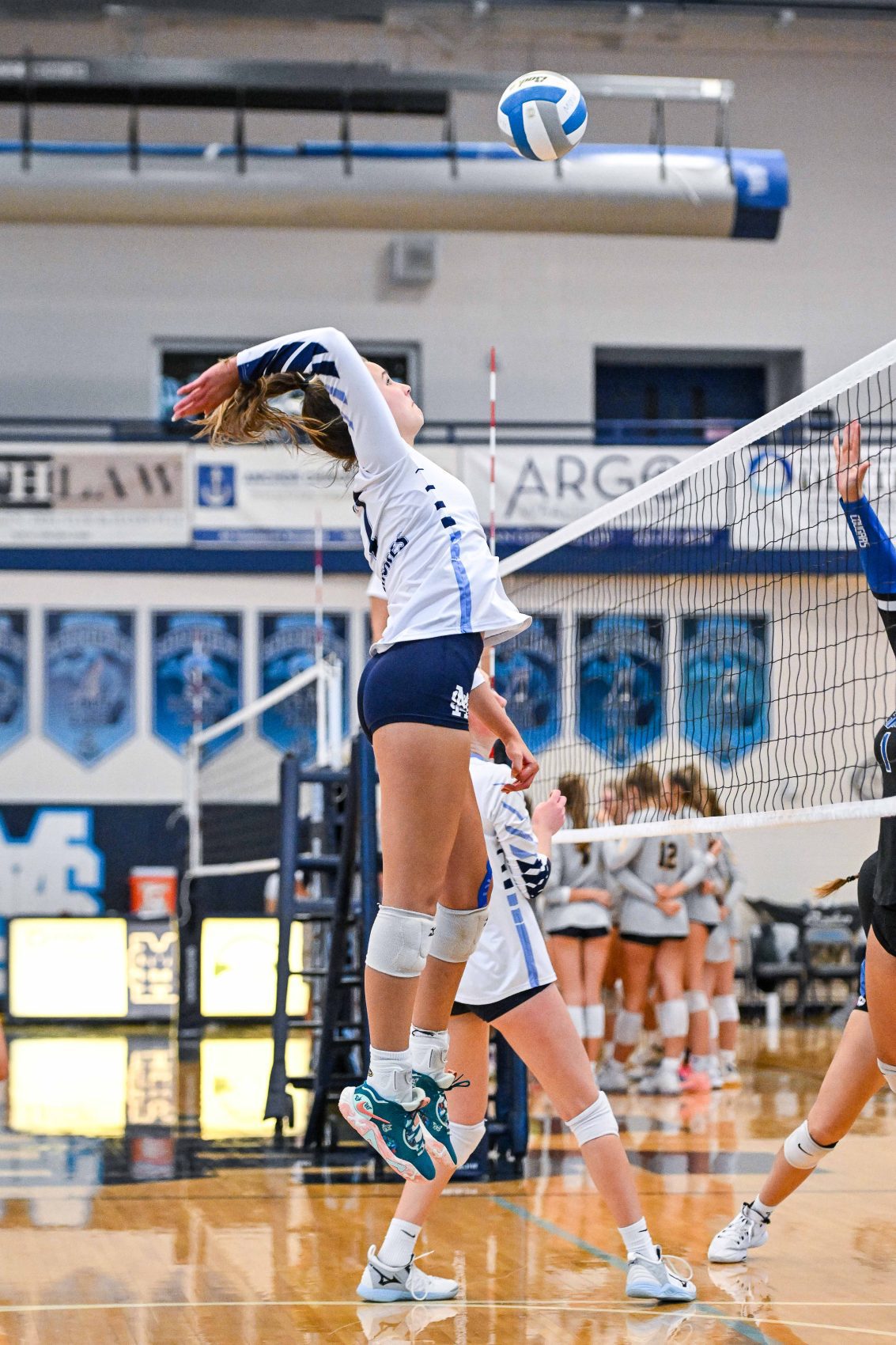 Mona Shores, Reeths-Puffer have rough days at the ‘Best of the West’ volleyball Tournament