Smith connects for three goals as Reeths-Puffer shuts down Ludington, 3-0 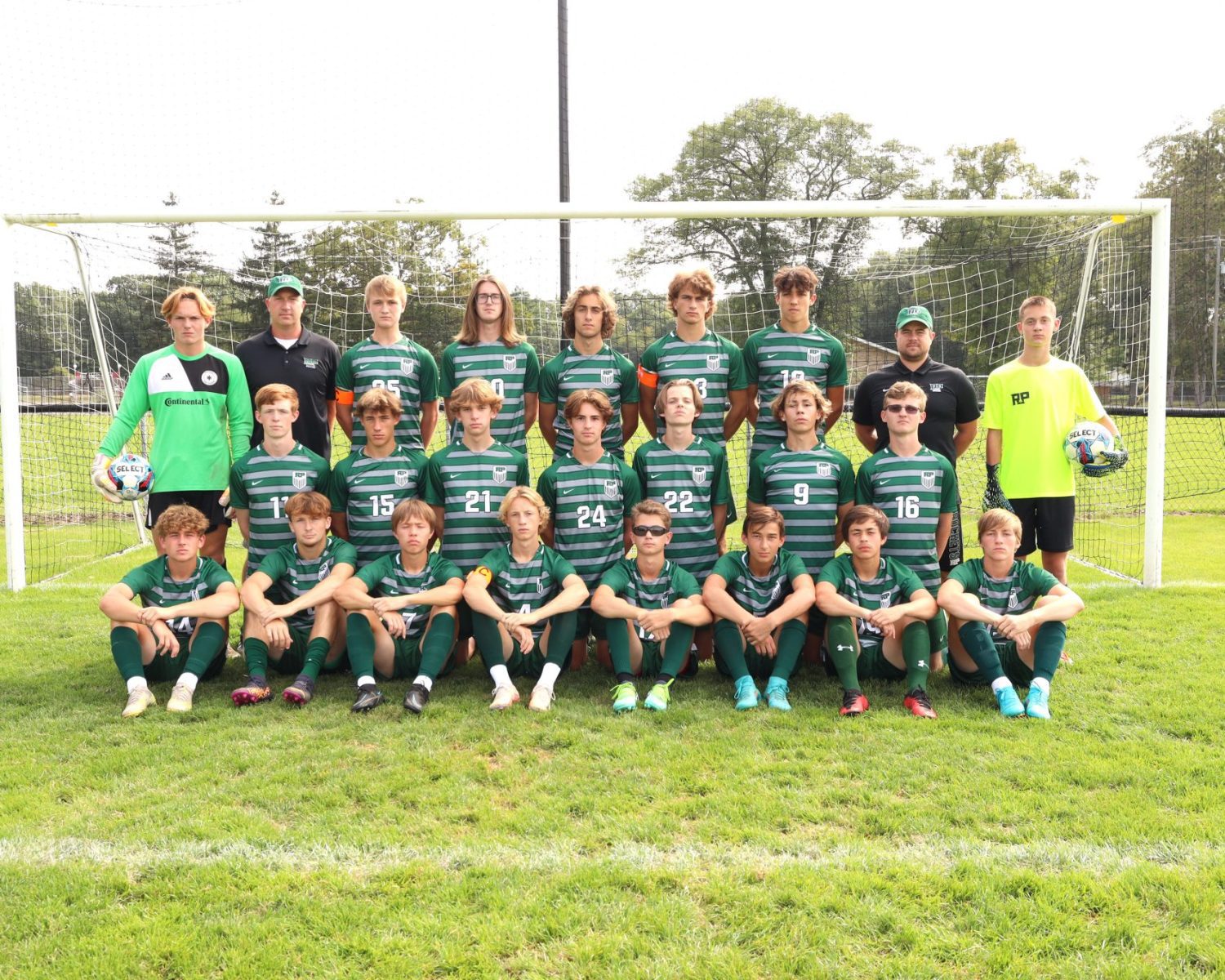 COOPERSVILLE — Everybody who plays the Reeths-Puffer boys soccer team knows all about the Rocket’s junior standout Liam Smith, who scored 27 goals last year as a sophomore.

He hasn’t missed a beat this year and bumped his season goal total to 28 with a three-goal hat trick Monday night as the Rockets shutout Ludington, 3-0 in a Division 2 district semifinal game.
The game was played a Coopersville on a cold, windy evening.
Ludington was also shutout by the Rockets in the first round of the districts last year, 2-0.
“Everybody knows that’s the guy (Smith) you’ve got to stop,” said Orioles coach Kris Anderson. “But, he’s tough to stop. He’s good. He scored one real early in the game, and then he scored on a free kick about nine minutes into the second half to make it 2-0.”
Smith, who has 61 goals for his varsity career, put the Rockets on the board with 5:58 left in the first half, burying a shot to the right side that got past Orioles’ keeper Connor Rudzki.
The Rockets led 1-0 at the intermission.
Actually, it was just under nine minutes (8:52 to be exact) into the second half when Smith punched in his second goal on a free kick to make it 2-0.
It was in the center of the goal, about eight or nine yards above the 18-yard box and Smith just pushed the shot around the ball and in the side of the goal low that was tough for Rudzki to get to.
Rudzki finished the game with nine saves.
The Rockets’ defense kept the potent Ludington offense in check all night, out shooting the Orioles by a 4-1 margin in the first 40 minutes.
“Boys played really disciplined, and really kind of limited Ludington from any real scoring chances,” said Rockets coach Kody Harrell. “They had one quality look in the first half that was kind of a deflection.
“They really had only one quality look in each half. I was really proud of the boys and how they played on defense. A lot of discipline, very organized and hard working. So, that was nice.”
Ludington came into the game having allowed just 10 goals in an 18-2-1 season, but couldn’t keep Smith from working his usual magic.
Smith closed out the scoring with his third goal of the evening with 6:32 showing on the clock, and the outcome was all but decided.
“Especially the first half, we struggled kind of just getting in sync, maintaining some possession and building up some attack,” Anderson said. “One, Puffer plays very physical and they made it very difficult. But, also the weather was a factor.”
The Orioles played into the wind in the first half.
“We felt good about where we were at halftime, being down only 1-0 going into a strong breeze. That was encouraging. I think we believed we were going to get back in it,” Anderson said.
Ludington created some good scoring opportunities right away in the second half, but couldn’t put one in.
Anderson felt it was pretty much an even game after Smith’s free kick.
“It was just a tough night for us,” Anderson said. “We were battling and scrambling, but there was never a good flow for us. It was one of those nights, unfortunately. You’ve got to rise above the weather and we didn’t.”
Puffer handled the disruptive conditions much better and kept the Orioles’ skill and speed up top from breaking out.
Leading the Puffer defense was center back Liam McHugh and goalie Gage Hopkins.
Harrell added that Hopkins kept everyone organized the whole game, directing and positioning players in the right spots with his communication skills.
The Rockets improved their record to 10-8-2 on the season and will face Spring Lake in the district championship on Thursday night at 6 p.m. in Coopersville.