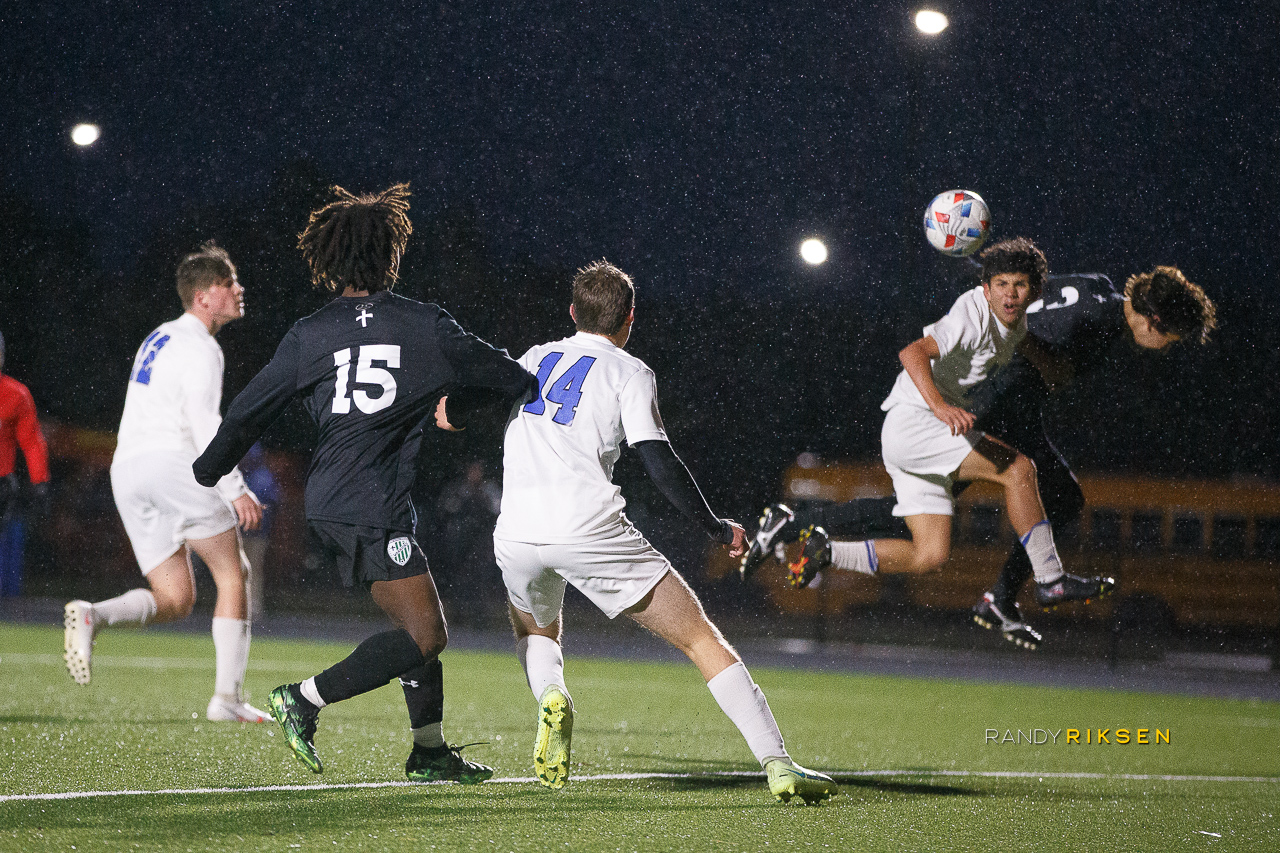 NORTON SHORES — Postal workers are said to have the motto of completing their daily rounds, regardless of weather conditions.

Tuesday’s inclement weather did not slow down the Western Michigan Christian boys soccer team in its 6-0 win over Ravenna. The victory advances the Warriors to Friday’s Division 4 district finals, again at WMC.
Shrugging off the bad weather that featured a cold, driving rain and 40-miles per hour wind gusts, Gavin Riksen recorded a three-goal hat trick to lead the Warriors. It was Riksen’s first hat trick of the season.

WMC posted the shutout behind goalie Jared Olsen who finished the night with six saves.

Riksen gave the Warriors all they needed when he found an opening to send a shot past the Bulldogs keeper with about three minutes having elapsed on the game clock.
Goal number two came four minutes after the first, and Riksen finished it off with his third tally as the clock showed 16:03 to play in the first half.
Ashton Leffring had two goals on the night, including the only goal scored in the second half at the 12:55 mark. Charlie Burrsma scored the other Warrior goal.
WMC had an impressive 14-6 advantage in shots on goal against the Bulldogs.
Ravenna ended the season 5-10-4.
The Warriors improved to 11-8-2 and will face Grand Rapids NorthPointe Christian (14-4-4) in the district championship game at Norton Shores Friday night at 7 p.m.
NorthPointe Christian escaped with a 2-1 win over North Muskegon in the other semifinal game on Tuesday evening. The Norse finished the season with a 8-11-3 record. 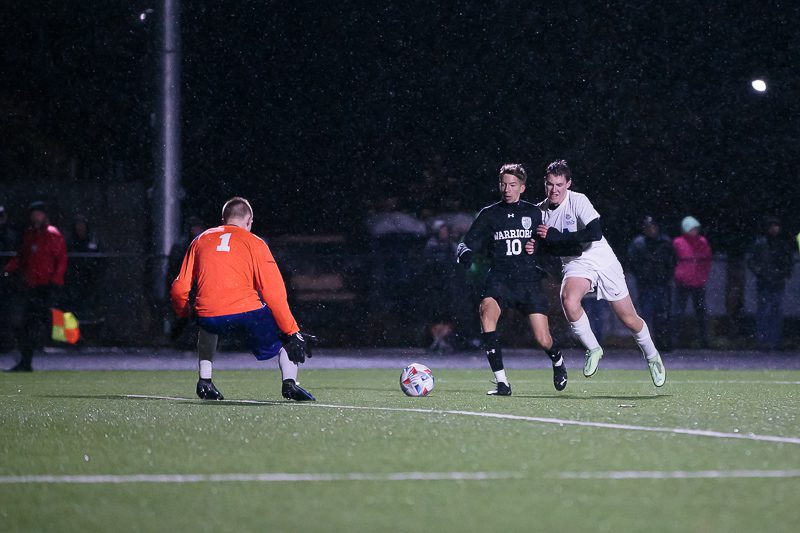 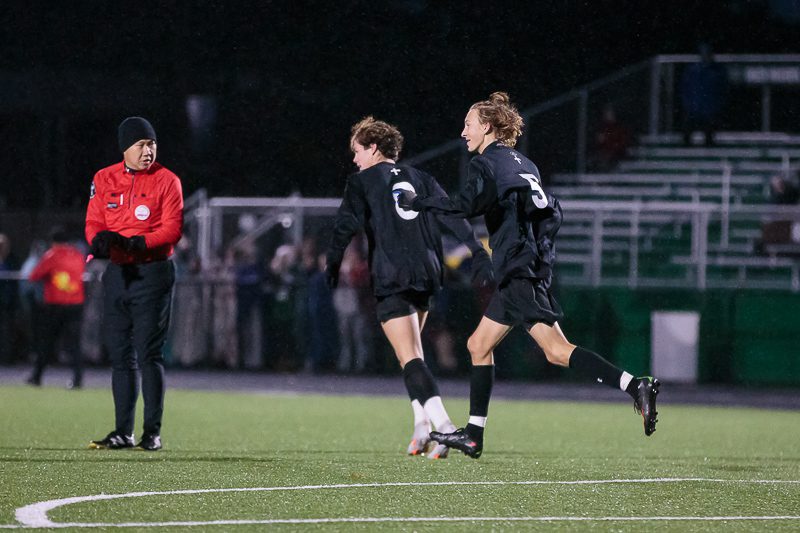 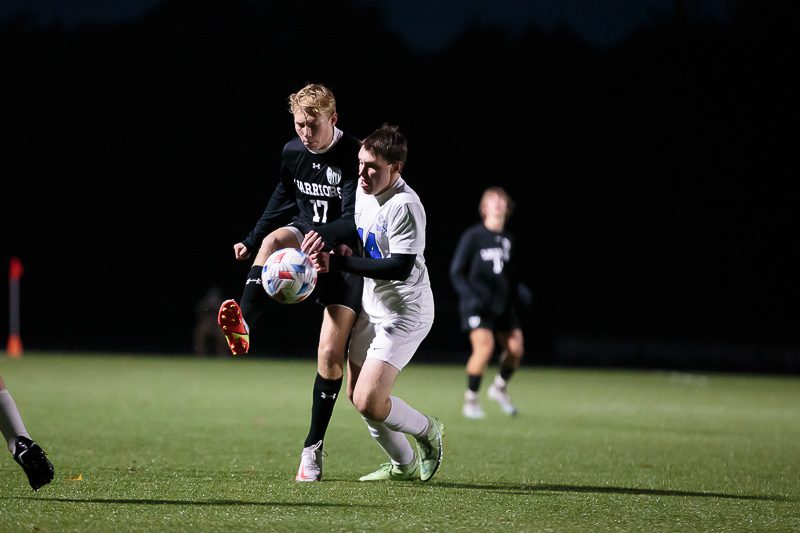 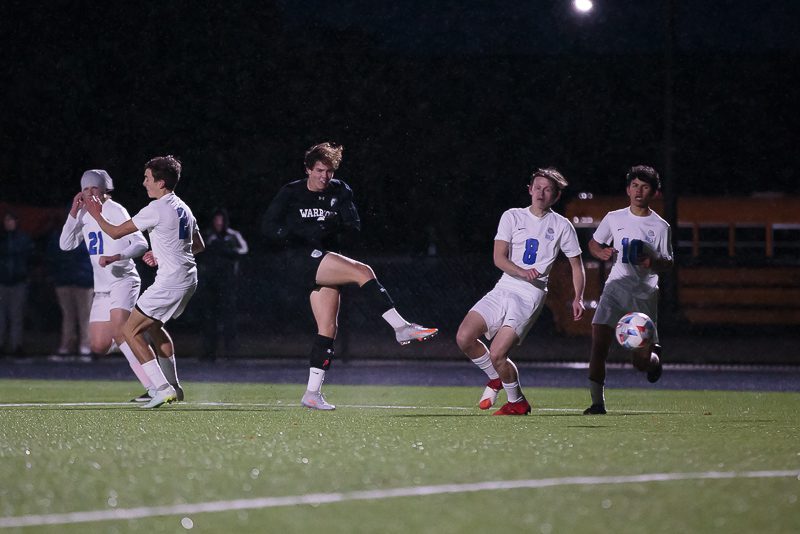 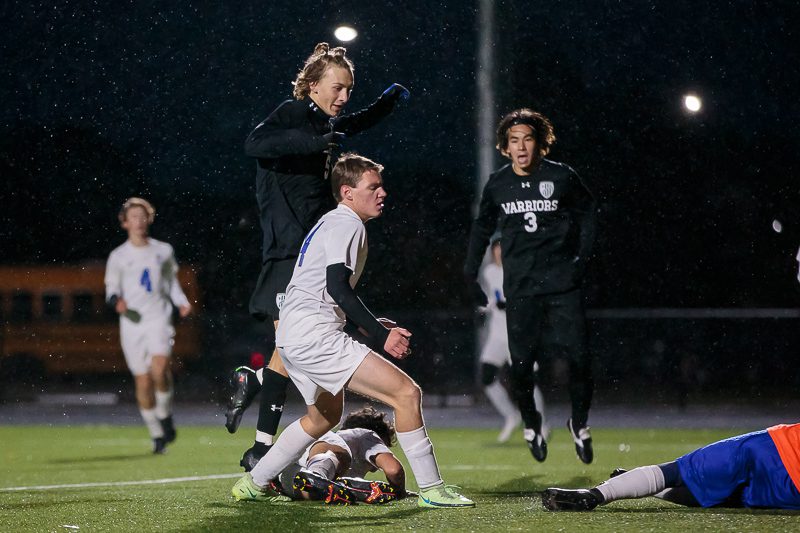 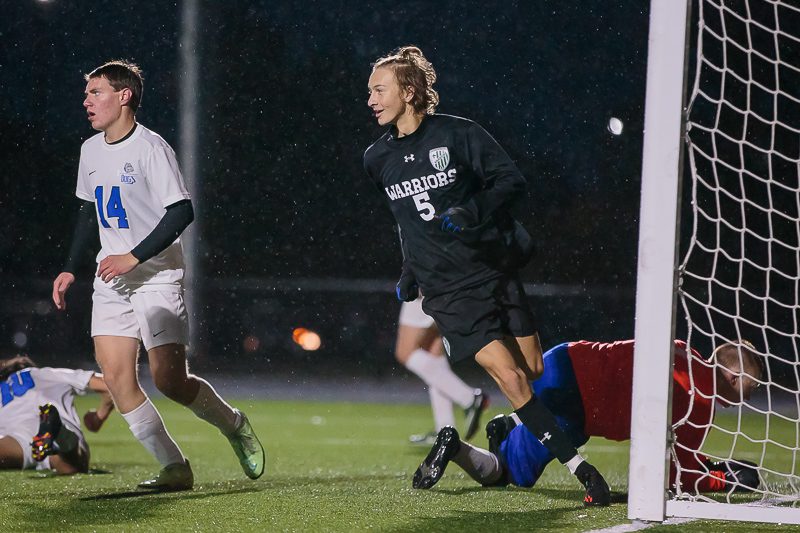 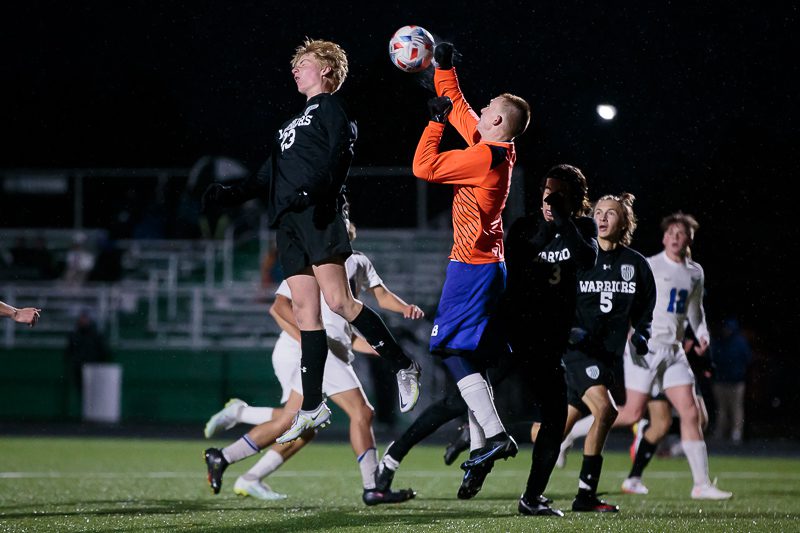 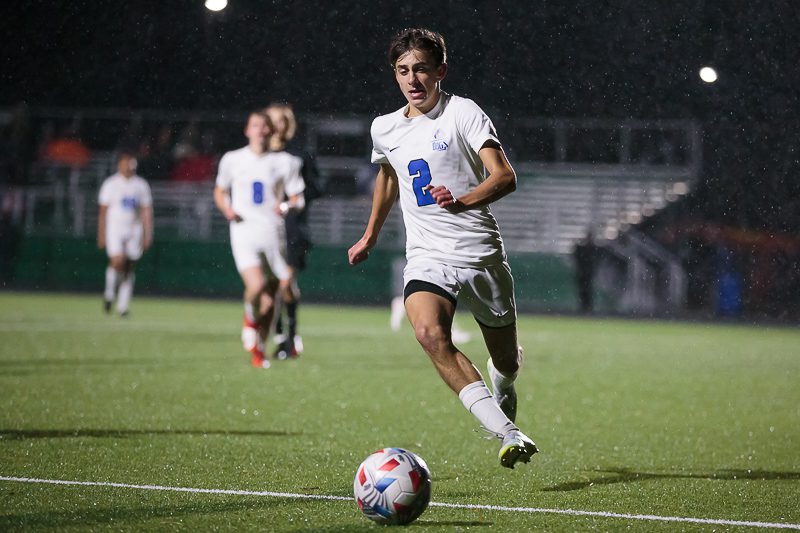 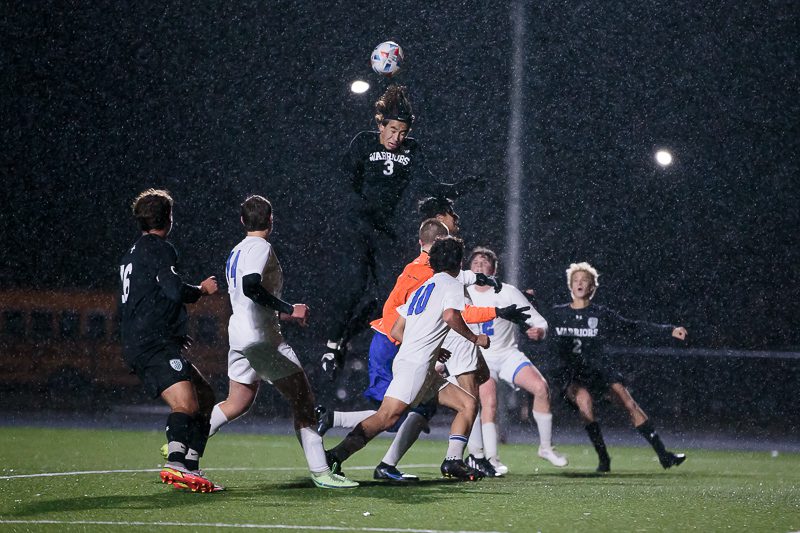 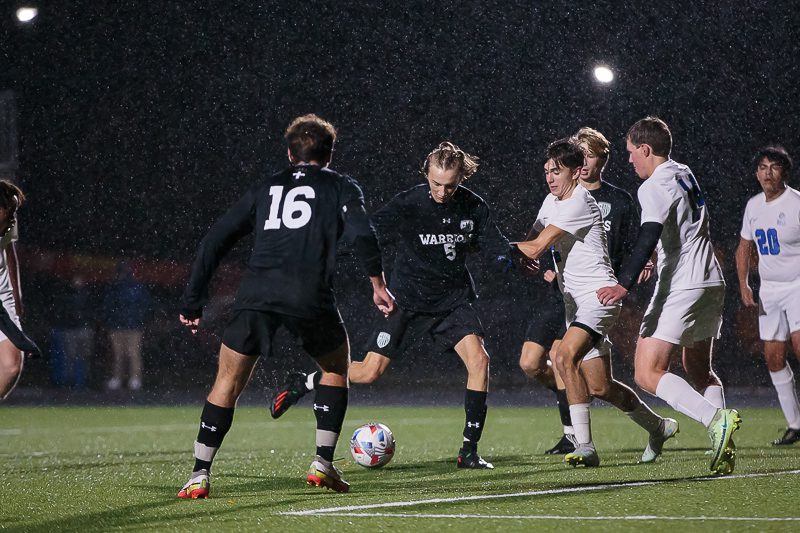 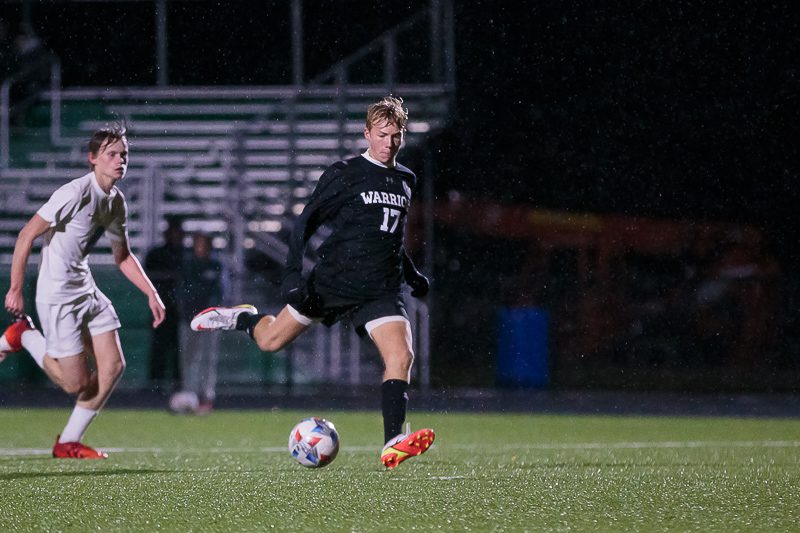 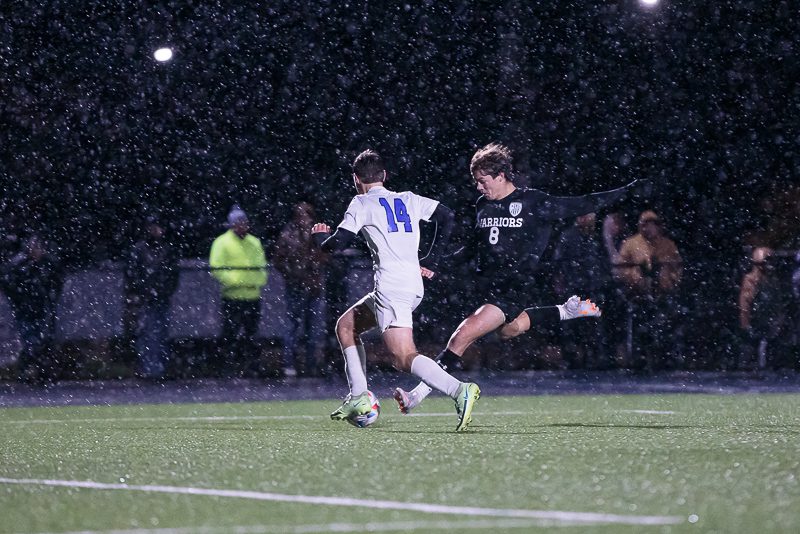 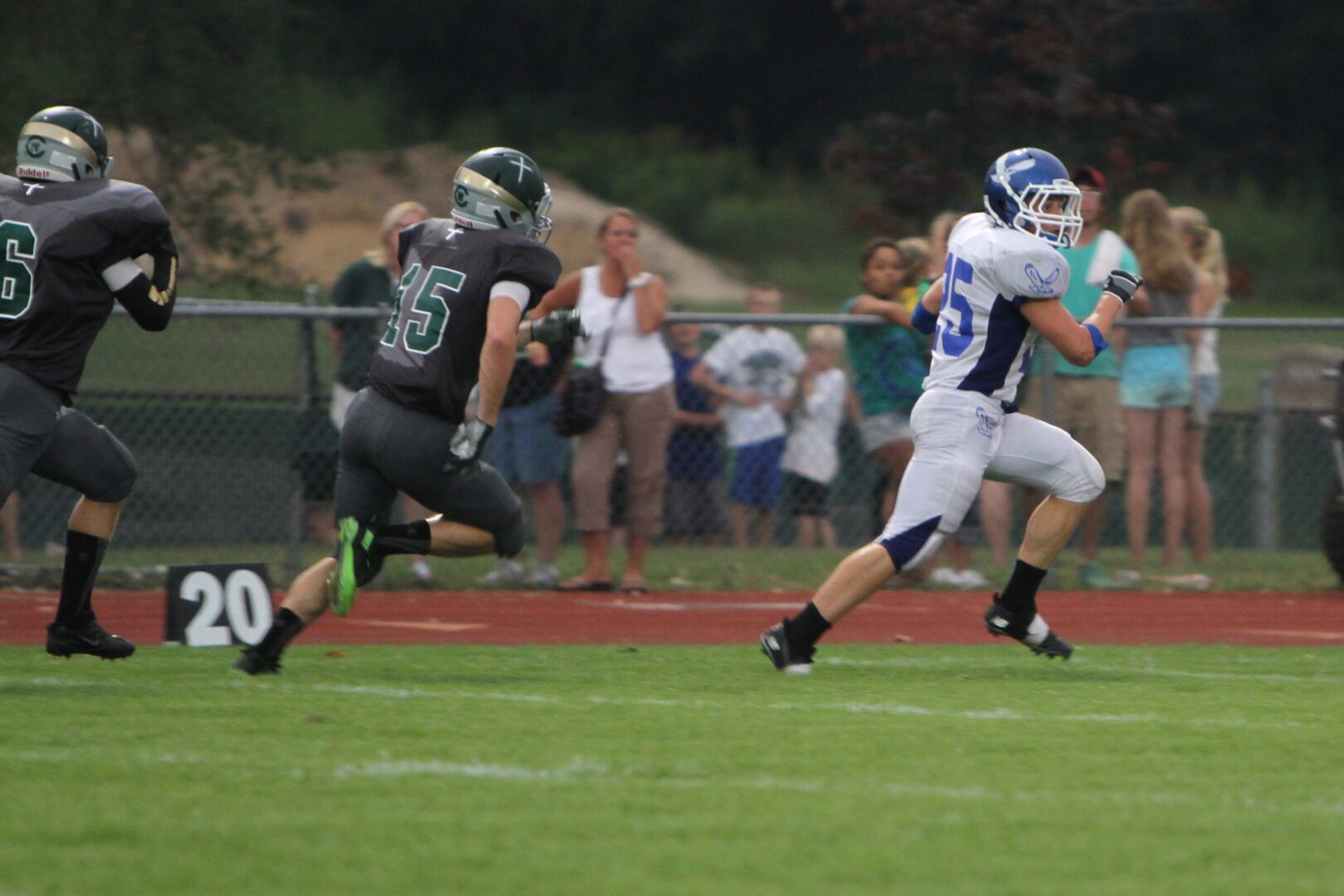