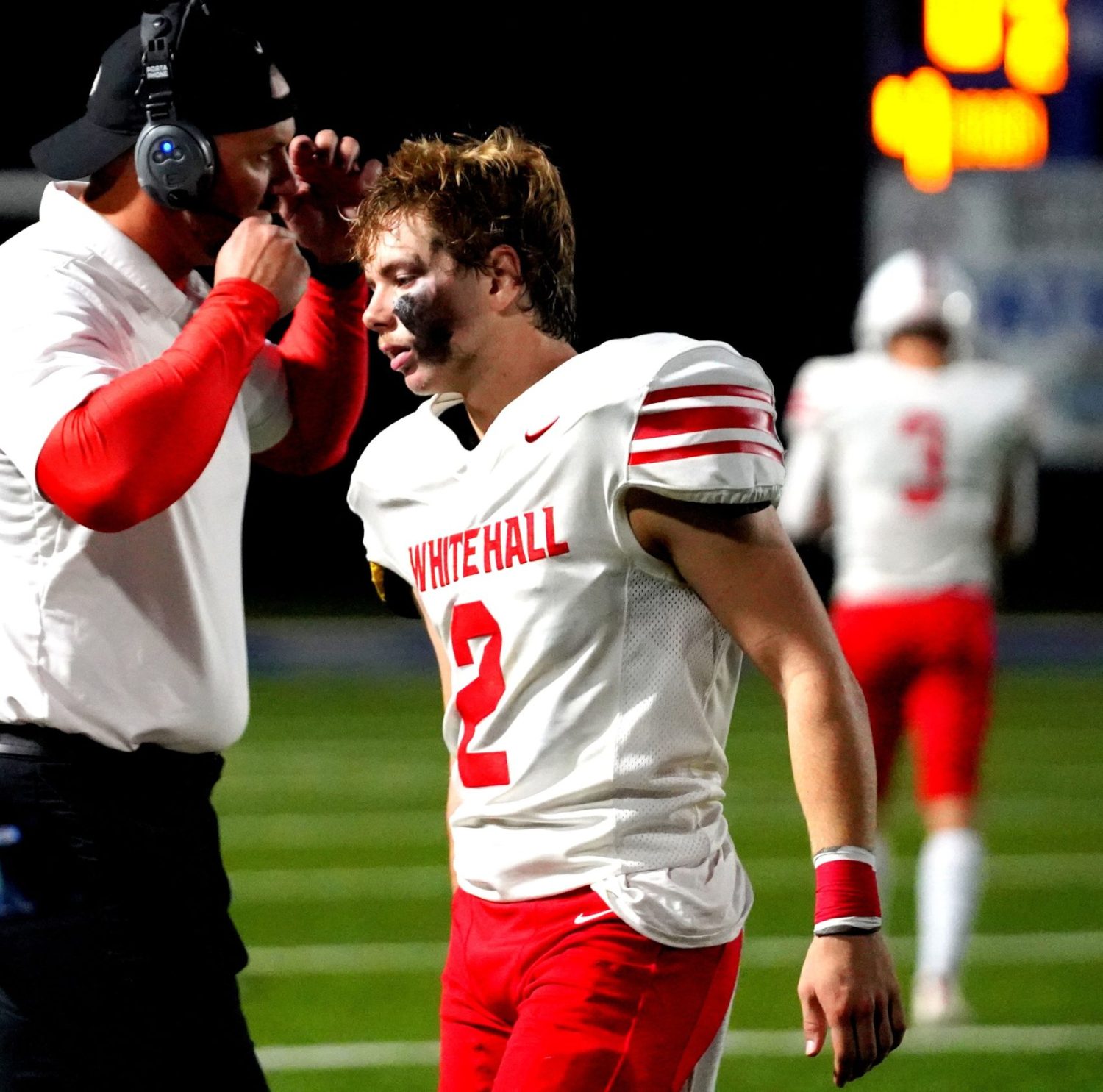 FREMONT — The Whitehall Vikings moved to within one victory of a perfect regular season with a 49-8 victory over Fremont on Friday night.

The game was a matchup of West Michigan Conference Lakes foes.

The visiting Vikings were up 14-0 after one quarter and extended it to 42-0 at the half with four touchdowns in the second quarter.

Whitehall’s defense accounted for two touchdowns on a pair of interceptions for touchdowns in the second quarter. Jaiden Altigilbers and Lukas Palmer both found the end zone after interception Packer passes.

In the opening quarter, quarterback Kyle Stratton found Ca’Mar Ready on an 11-yard touchdown pass to open the scoring. Later in the quarter, Stratton scored on a 7-yard run.

Besides the pair of defensive touchdowns in the second quarter, Whitehall scored on a 56-yard run by Jackson Cook and a 25-yard run by Ready.

Stratton completed 7-of-10 passes for 95 yards and rushed eight times for 65 yards. Cook added 85 yards on the ground on just five carries.

Fremont will cap off the regular season next week by hosting Manistee.

Whitehall is scheduled to travel to Orchard View, which has been unable to field a team the last two weeks due to a lack of healthy players.