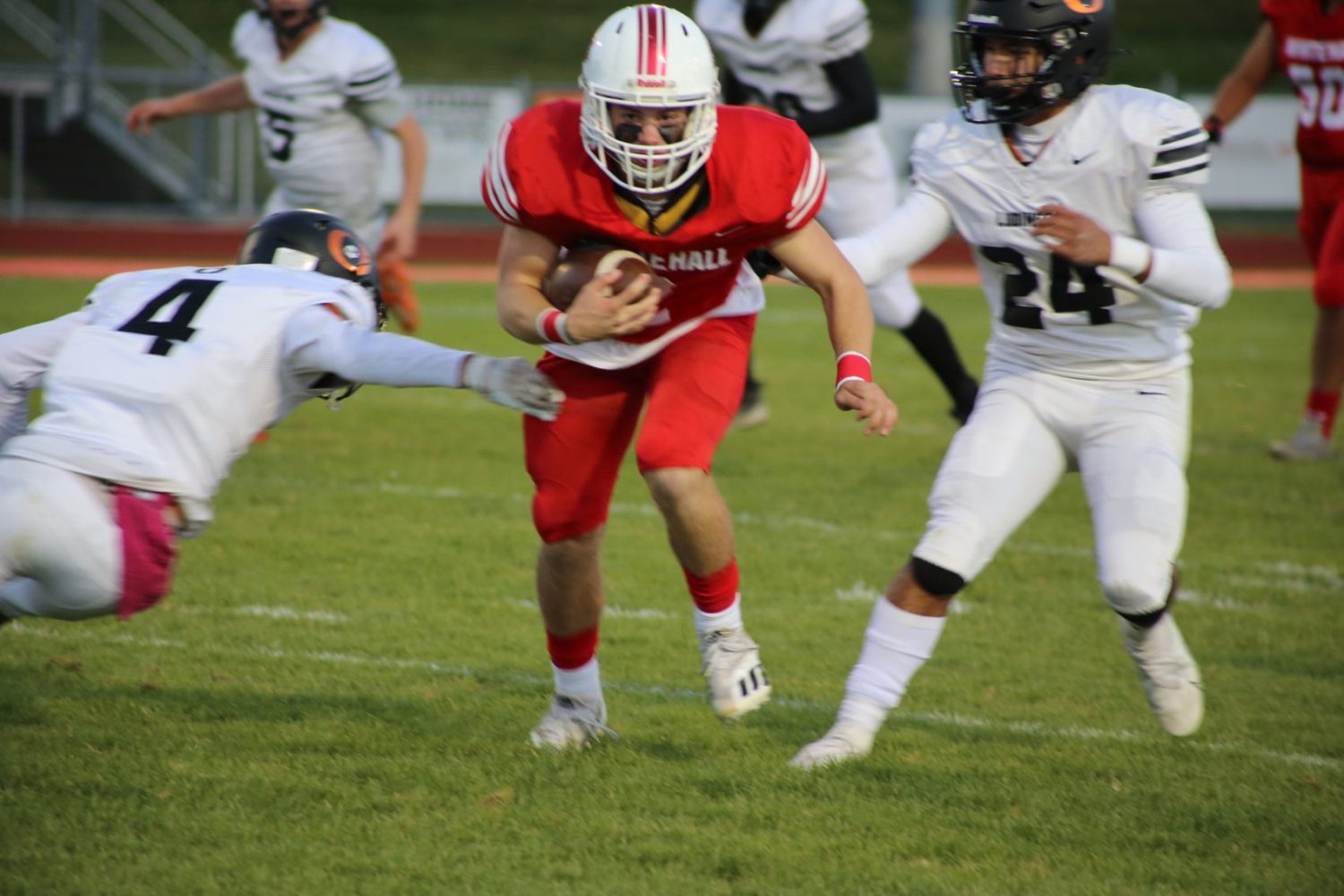 WHITEHALL — No team has been able to slow down the Whitehall football team this season.

The game was played at Whitehall.

It was the Vikings’ seventh straight win and kept them ahead of Oakridge in the conference with a 4-0 mark.

“Really, I think the last couple of weeks our defense has played at a really, really high level,” said Whitehall coach Tony Sigmon. “Our offense has been able to capitalize on things like short fields and really being dynamic in everything, especially our passing game early on.”

Special teams also played a role in the win for the Vikings, which scored two defensive touchdowns.

The Vikings jumped out to a 21-0 lead at the end of the first quarter and never looked back. Whitehall scored 35 points in the second and rolled into the half with a 56-0 cushion.

Ludington didn’t score until late in the fourth quarter when Gage Jones went in from 1 yard out.

“Whitehall is incredibly impressive in all areas of the game,” Ludington coach Charlie Gunsell said. “We certainly didn’t help ourselves with some early turnovers. But they just dominated us up front on both sides of the ball, and we couldn’t get anything going offensively. When you can’t hang on something offensively, it’s tough to control the ball.

“We couldn’t keep the ball away from them, and they are extremely athletic on offense, and they were able to get to us. Our kids battled all night.”

Vikings’ quarterback Kyle Stratton completed 8-of-13 passes for 107 yards and a touchdown. He also rushed for 76 yards and two touchdowns on six carries.

Trannon Aylor caught three passes for 58 yards and two touchdowns, while Camden Thompson had three catches for 36 yards and a score.

“Our offensive line is playing at a high level,” Sigmon said. “Our skill kids are doing a great job. Kyle’s done a great job as far as extending the plays and looking downfield, getting our slot receivers involved.

“I really like the way that our linebackers are really playing. They really excel in space. We’ve had really good defensive line play. That’s where we are deepest at as far as numbers. The kids are just really finding their stride.”

Chase Hackert was the Orioles’ leading rusher with 48 yards on eight catches, while Jones had 23 yards on five tries and Joe Benz gained 18 on eight attempts.

Jones led the Ludington defense for with eight tackles.

Whitehall hits the road for a conference game against Fremont next Friday. 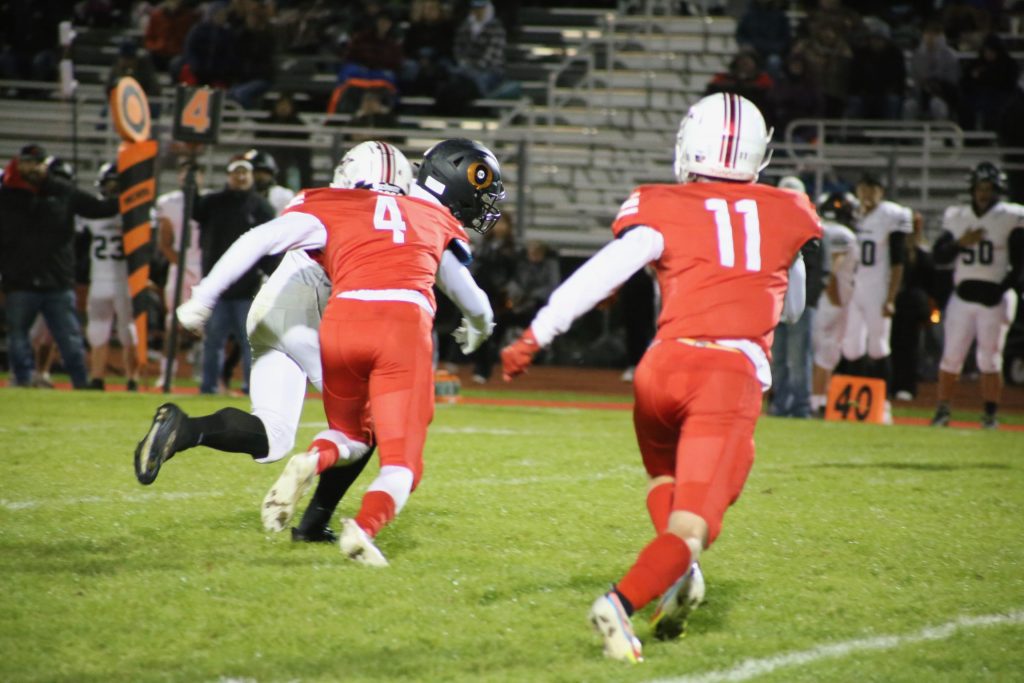 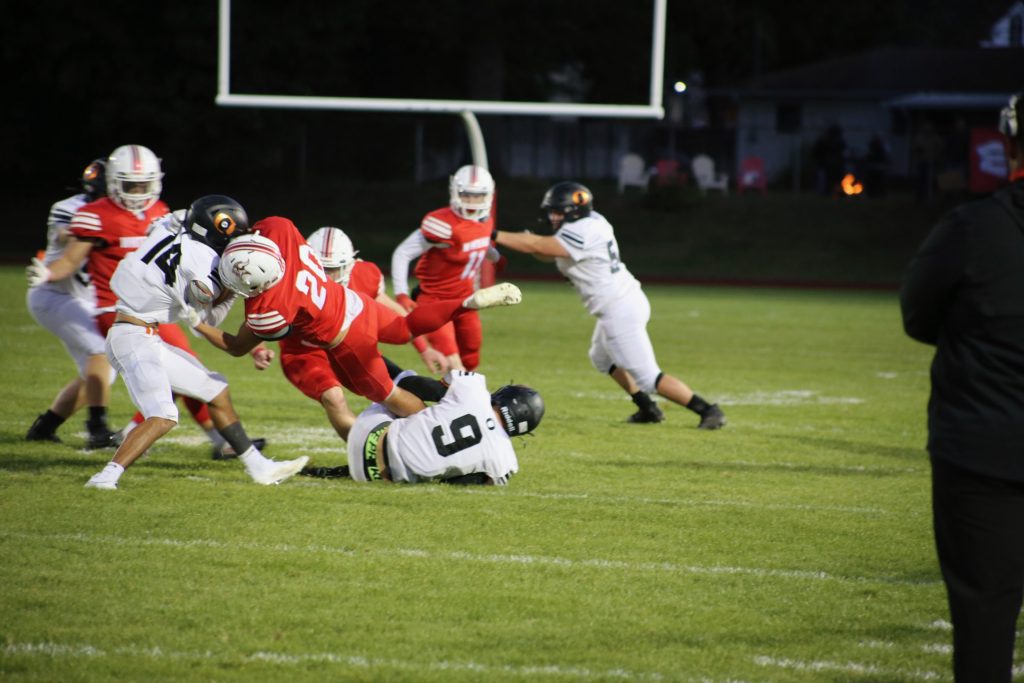 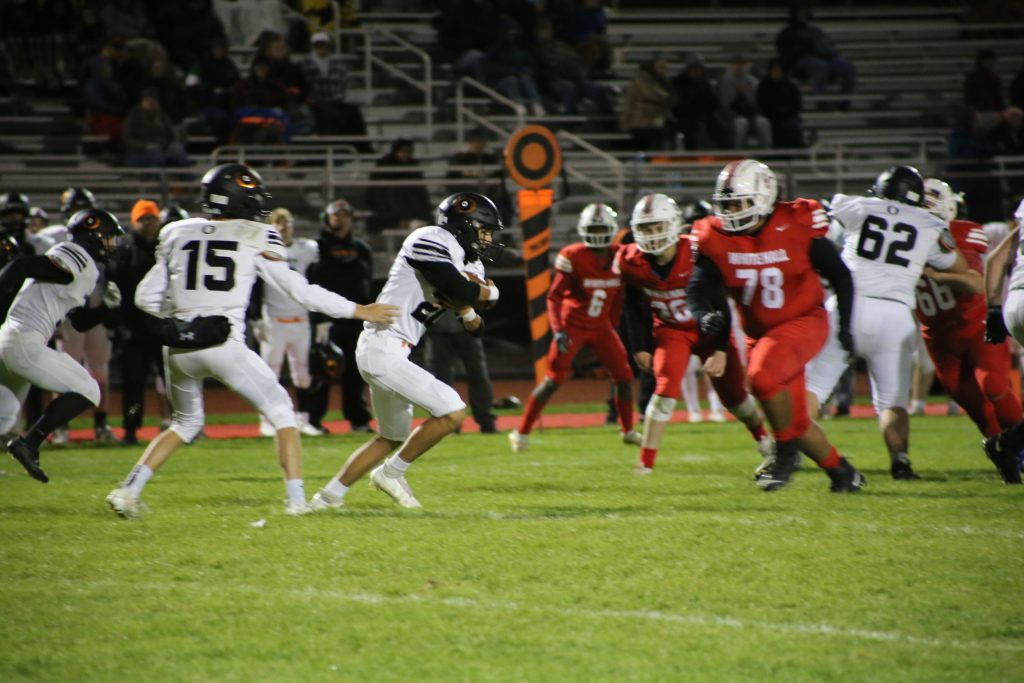 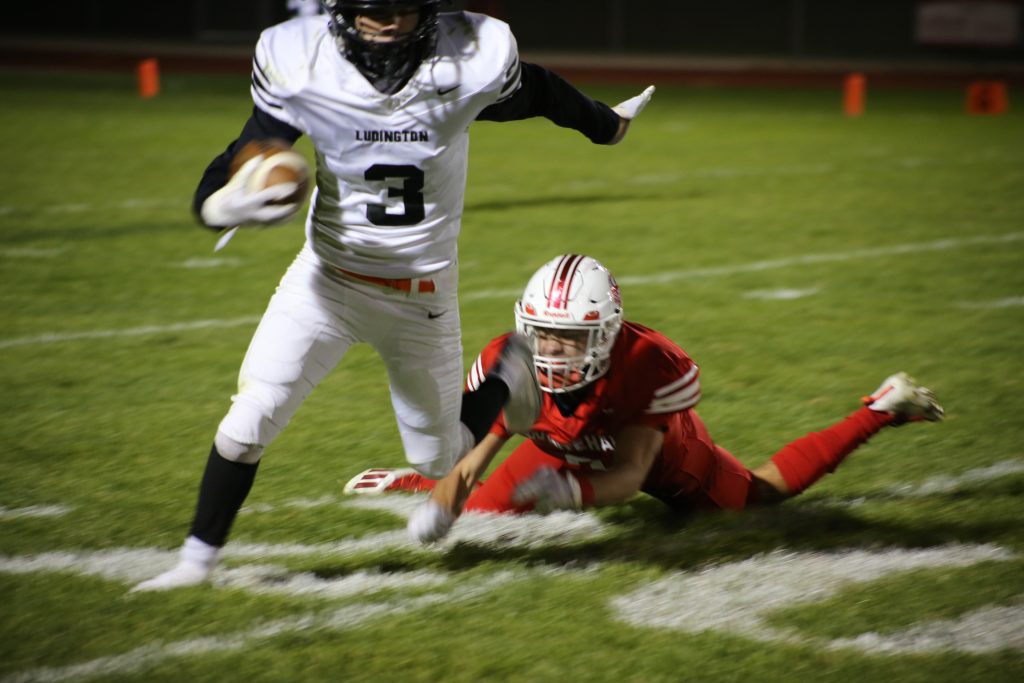 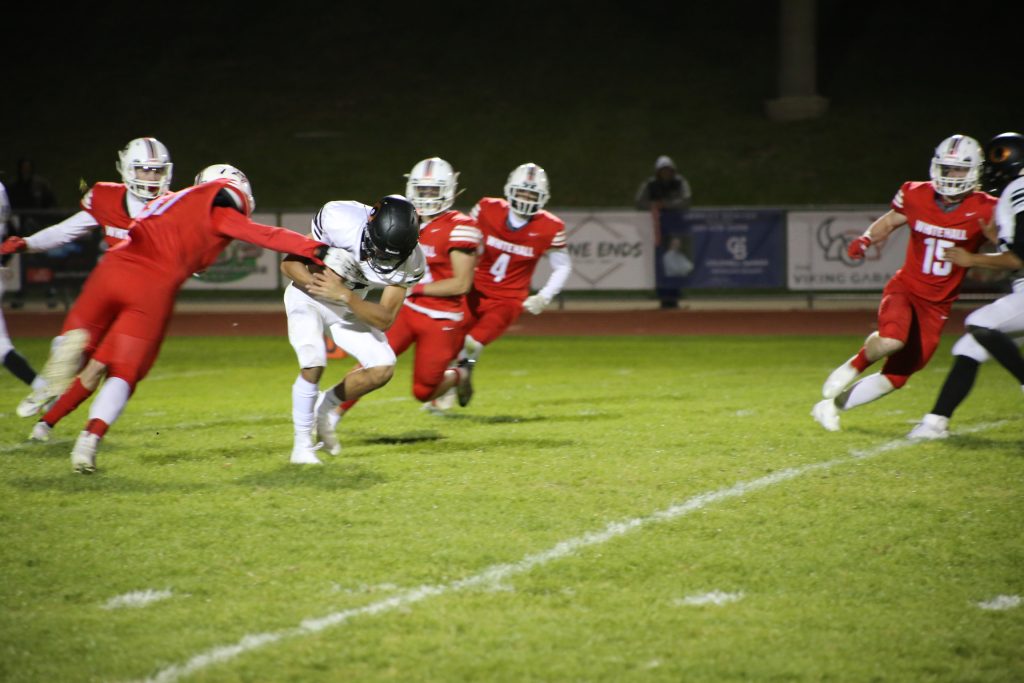 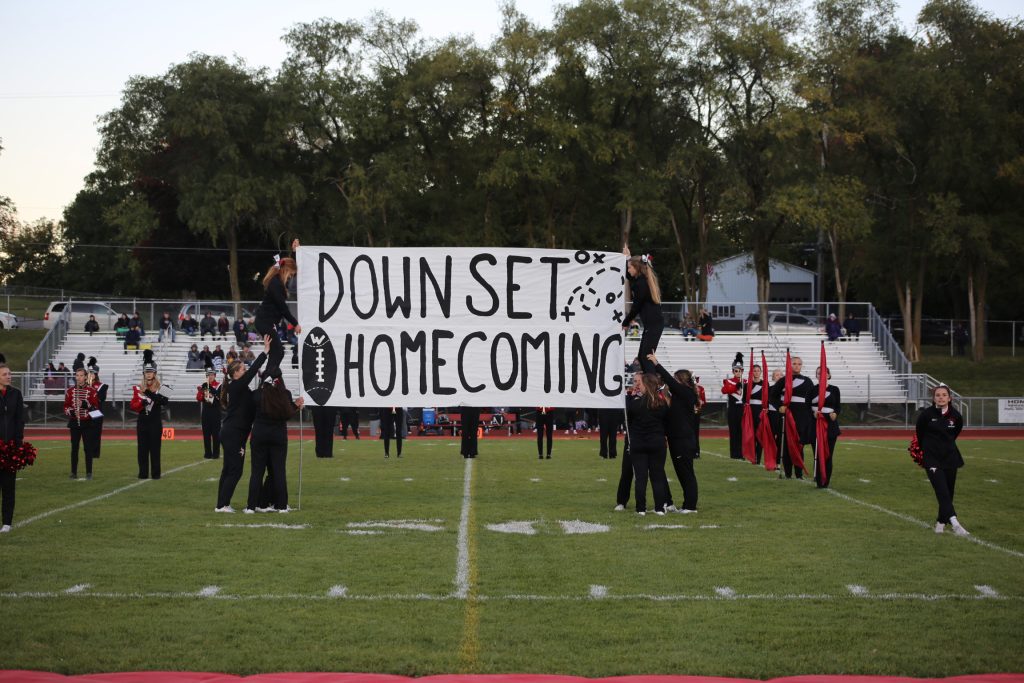 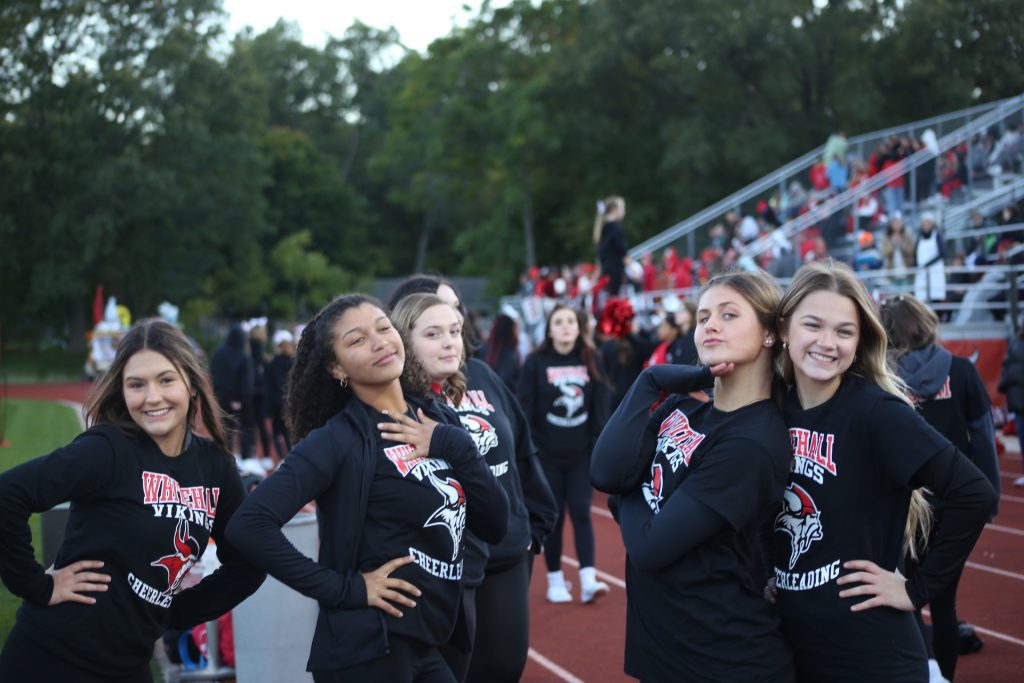 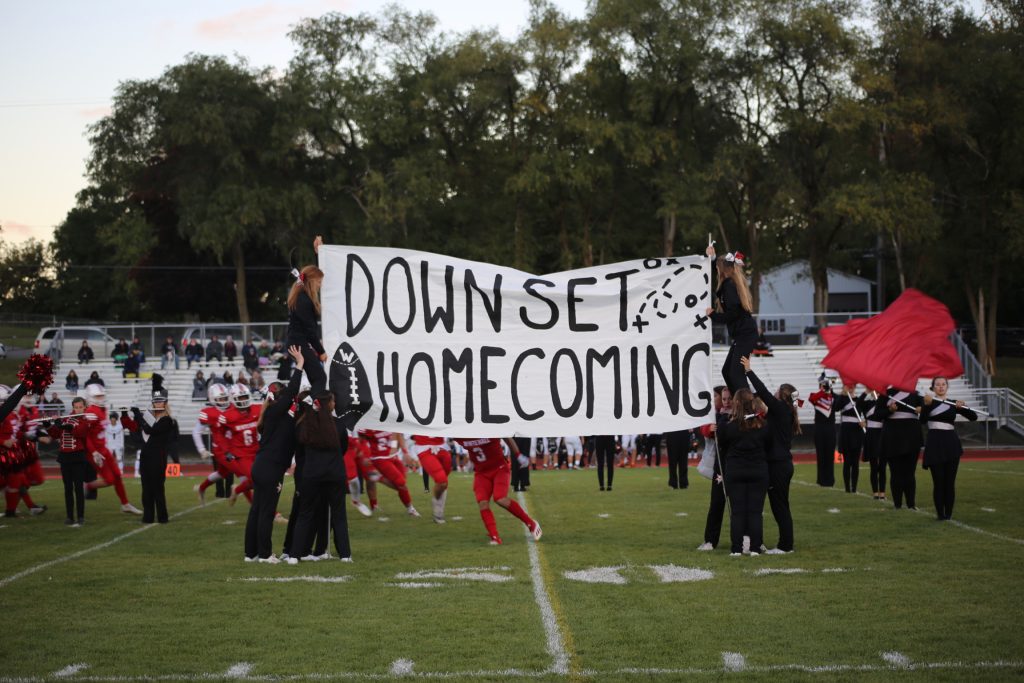 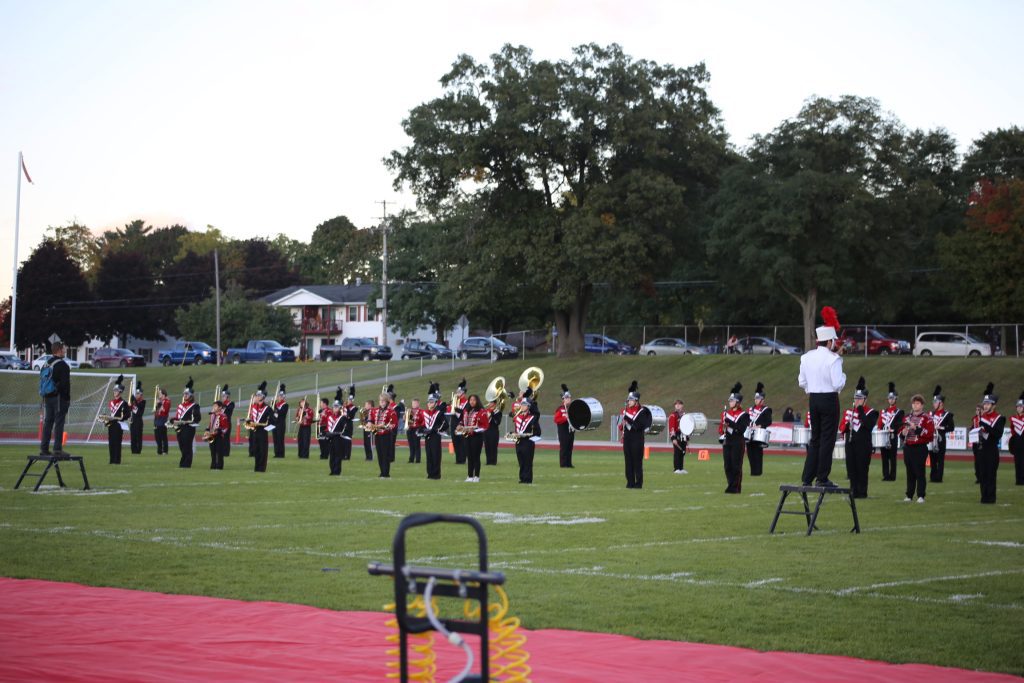 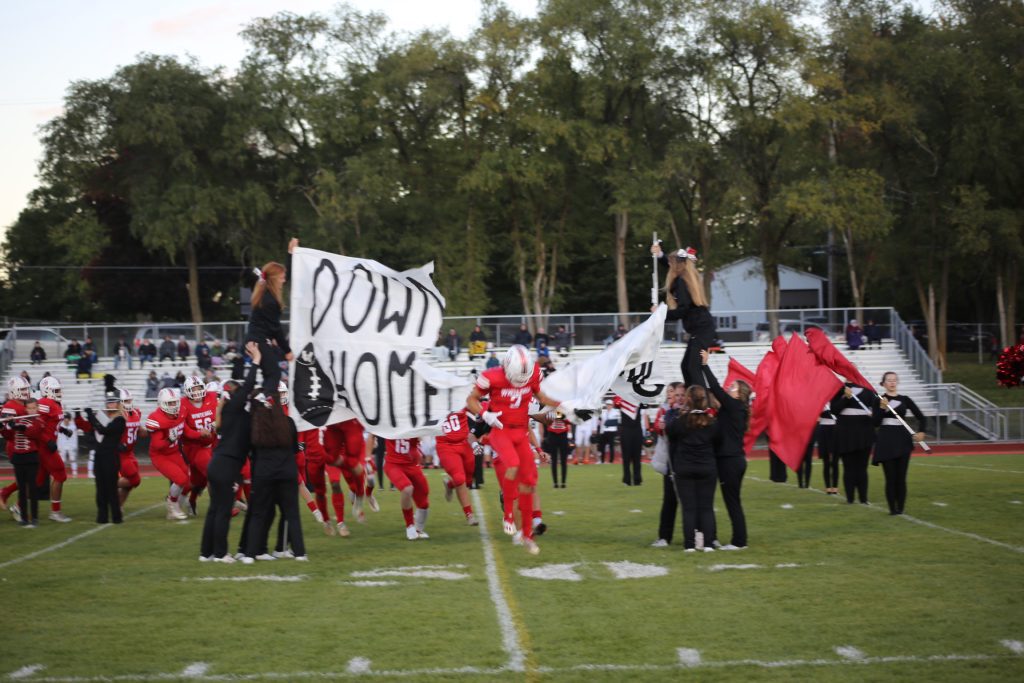