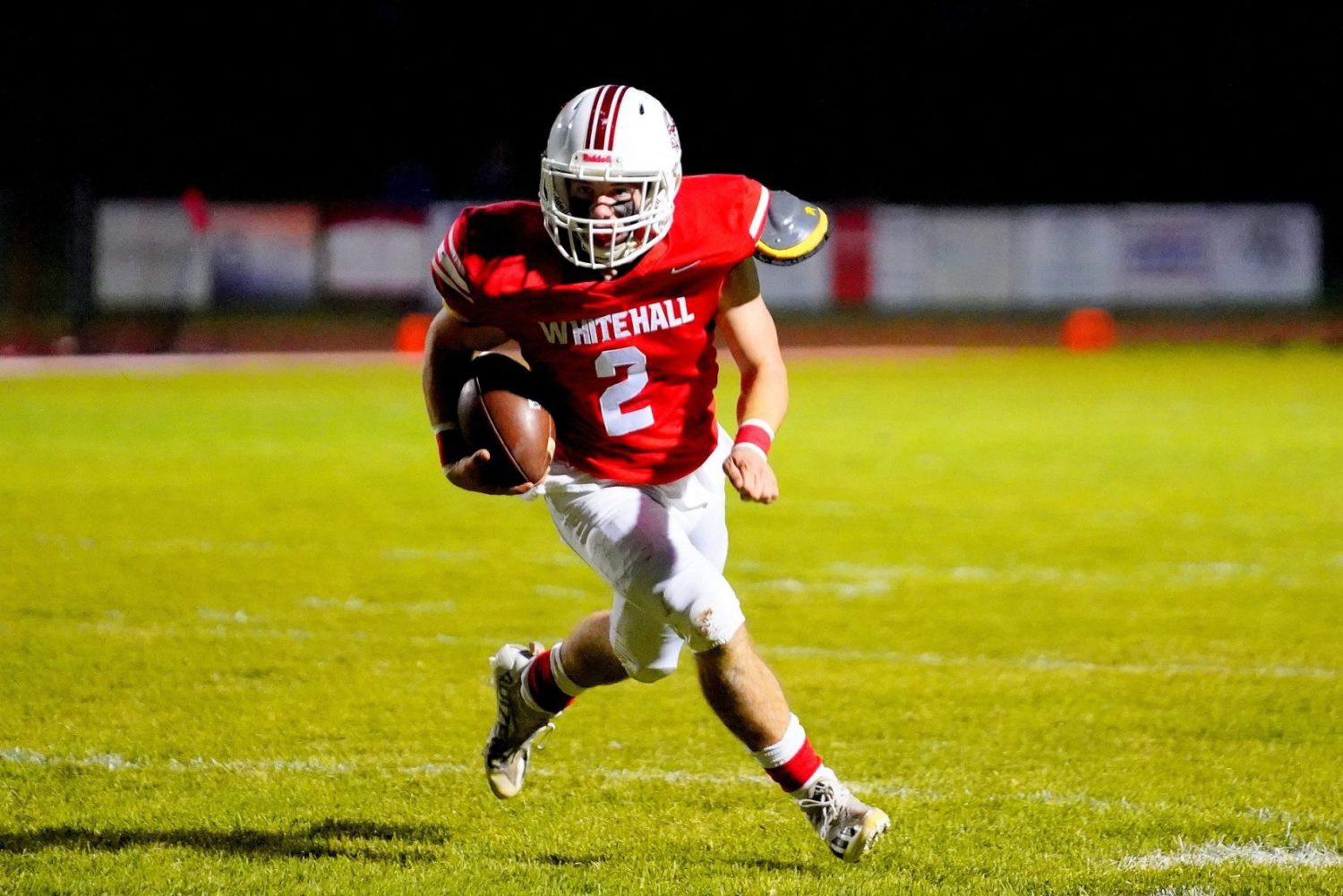 WHITEHALL–The Whitehall Vikings football team became the first team in the history of Whitehall to post 10 victories in a season.

The host Vikings (10-0) dominated the Big Rapids Cardinals for a 42-12 Division 4 district victory.

With the win, it sets up a showdown next week with the Fruitport Trojans (8-2) for the district title.

Whitehall fired out to a 21-o halftime lead and then scored on the opening kickoff of the second half and was not challenged by Big Rapids.

The Vikings scored a first-quarter touchdown at the 6:45 mark on a 2-yard run by Jackson Cook and Landon Howe booted the extra point kick and Whitehall led 7-0 lead. Howe hit all six of his extra point attempts.

Kyle Stratton hit Ca’Mar Ready on a 11-yard TD pass, and later, connected with Trannon Aylor for 40 yards out. That touchdown came in the final minute of the first half.

Aylor took the second-half kickoff and ran it back 93 yards for a touchdown to put the Vikings up 28-0. Whitehall scored again in the third quarter when Cook found the endzone on a 19-yard run.

The Vikings scored their fourth quarter touchdown on a 42-yard pass play from Stratton to Aylor.

The Cardinals found the end zone in each the third and fourth quarters.

Whitehall did most of their damage through the ground game. Cook 11 times for 77 yards with two touchdowns. Nate Bolley gained 61 yards on six carries and Kyle Stratton carried the ball 18 times for 50 yards.

Stratton completed 6-of-11 passes for 129 yards. He had three touchdown passes.

Jaiden Altgilbers led the Vikings defense with eight tackles while Ready chipped in 6.5 tackles. Everett Napier and Graycen Shepherd each had 5 tackles.

All Photos below are courtesy of LSJ Photographer Leo Valdez 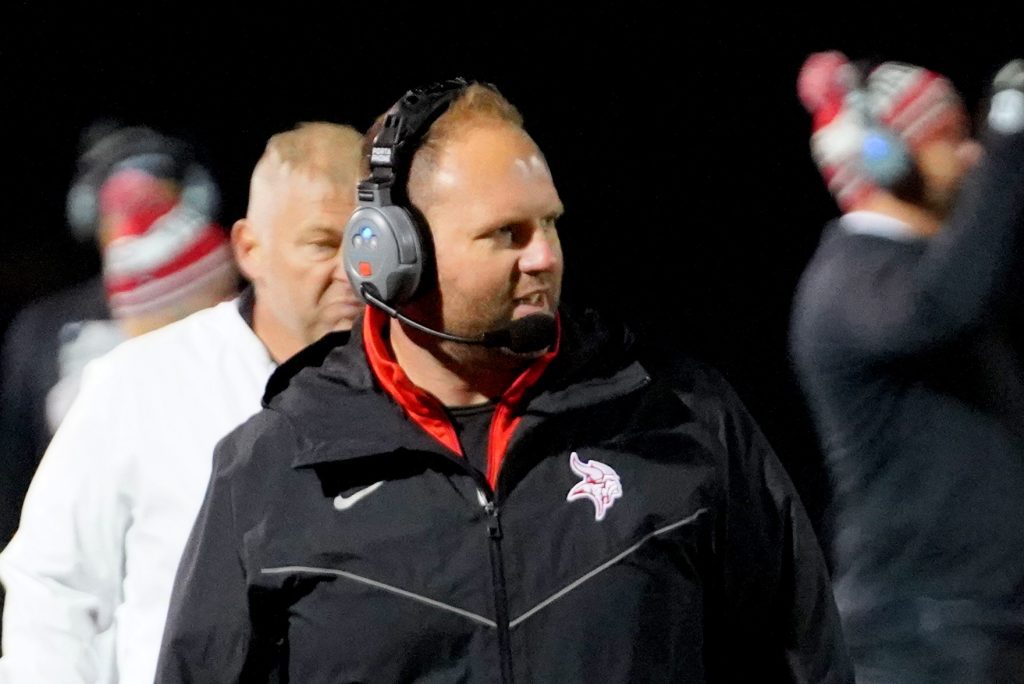 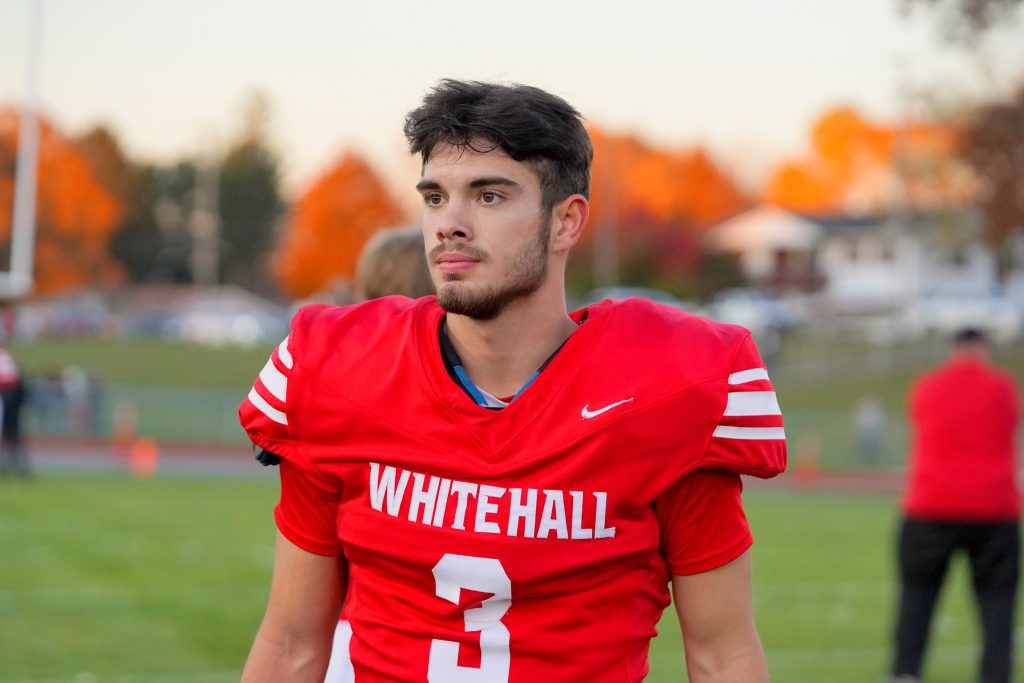 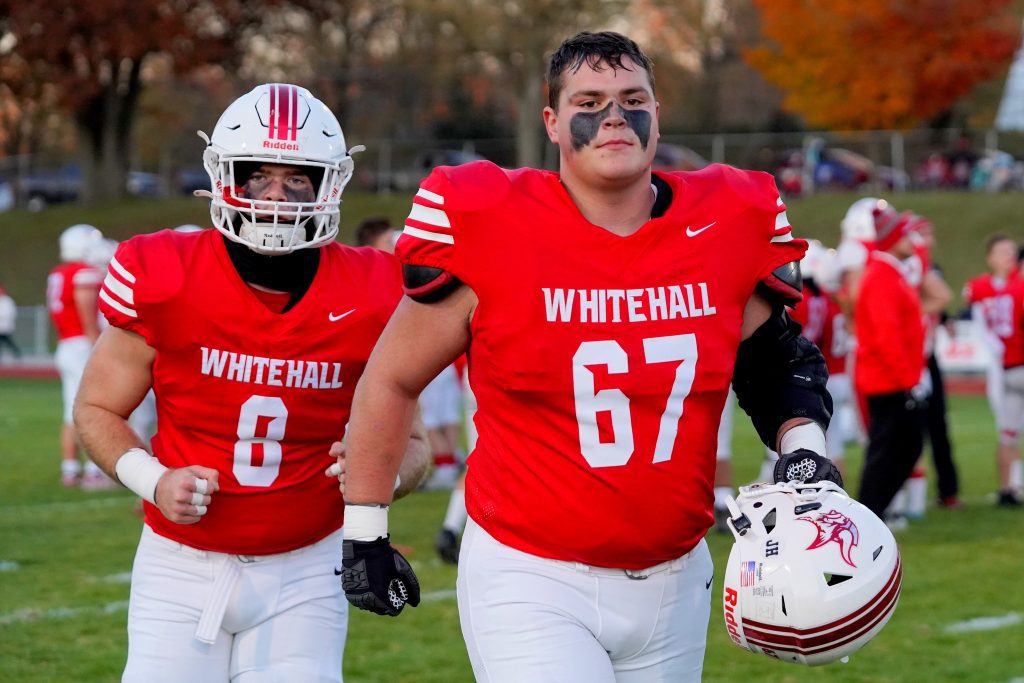