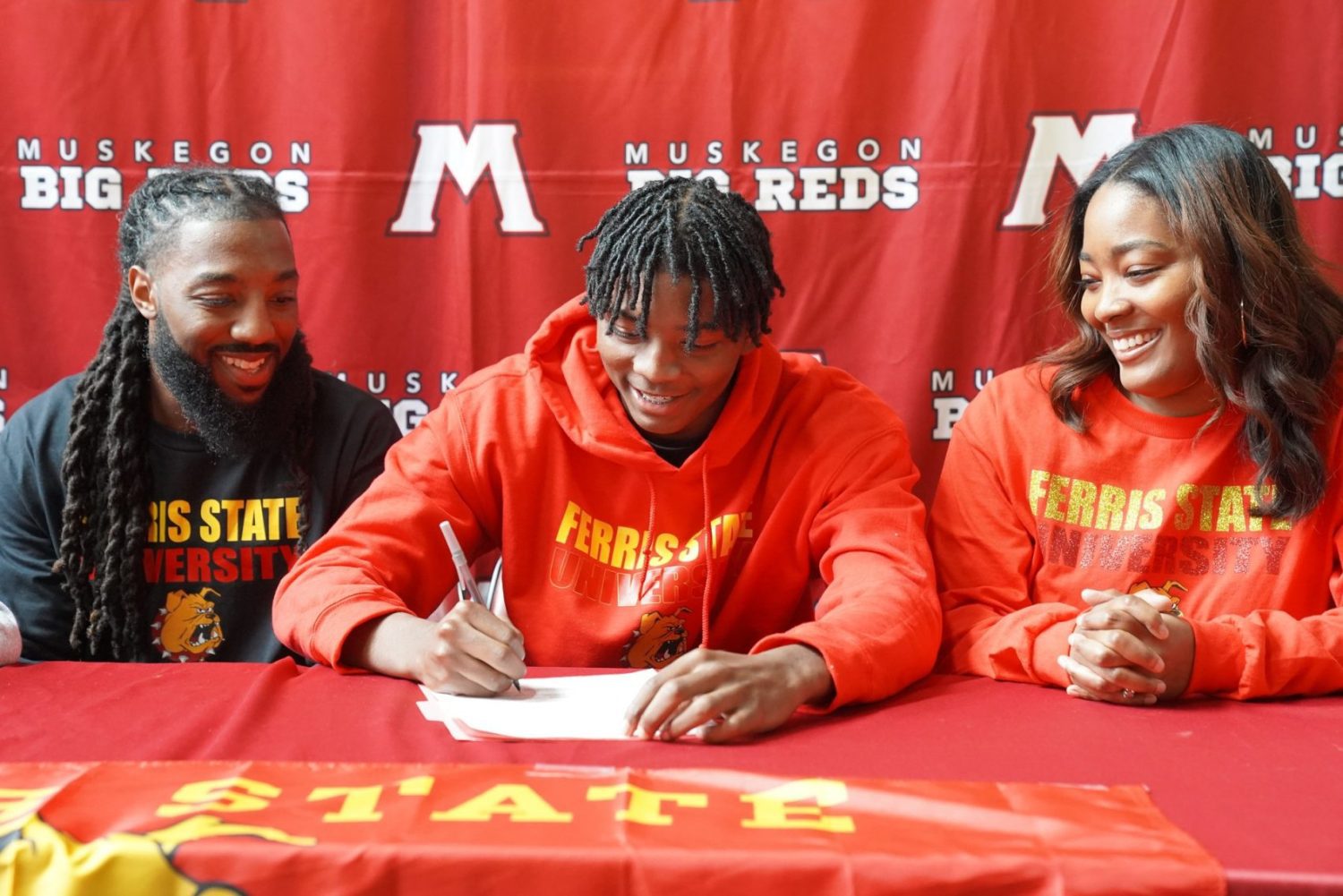 Sydnor signed his national letter of intent to play for Bulldogs on Monday afternoon in a ceremony at Redmond-Potter Gymnasium at Muskegon High School.

Last season, Sydnor was instrumental in leading Muskegon to a 20-3 record, which included an OK Conference-Green title with a 14-0 record. The Big Reds also won a district championship before falling to Grand Rapids Northview in the regionals.

During the 2021-2022 season, as a junior, Sydnor averaged 13.5 points per game. He also dished out five assists and grabbed three rebounds per game.

At Ferris State, Syndor will play for Coach Andy Bronkema, who has been directing the Bulldog program since June of 2013. Ferris won a Division II National Championship in 2017-2018. Bronkema, a McBain native, was also named National Coach of the Year during the championship season.

“I would like to thank all of Anthony’s counselors and teachers along with all of his coaches for helping Anthony along the way,” said Muskegon Big Reds coach Keith Guy. “Ferris State is not only getting a great basketball player, but also getting a better person. Like Jordan (Briggs), Anthony has battled through issues of being disrespected on the court. In two weeks, he’ll have something to say about that.”

Sydnor has 3.7 grade-point-average and is on the National Honor’s Society.

Anthony is the son of Anthony and Tiarra Sydnor