For Muskegon’s Keith Guy, it’s been quite a week 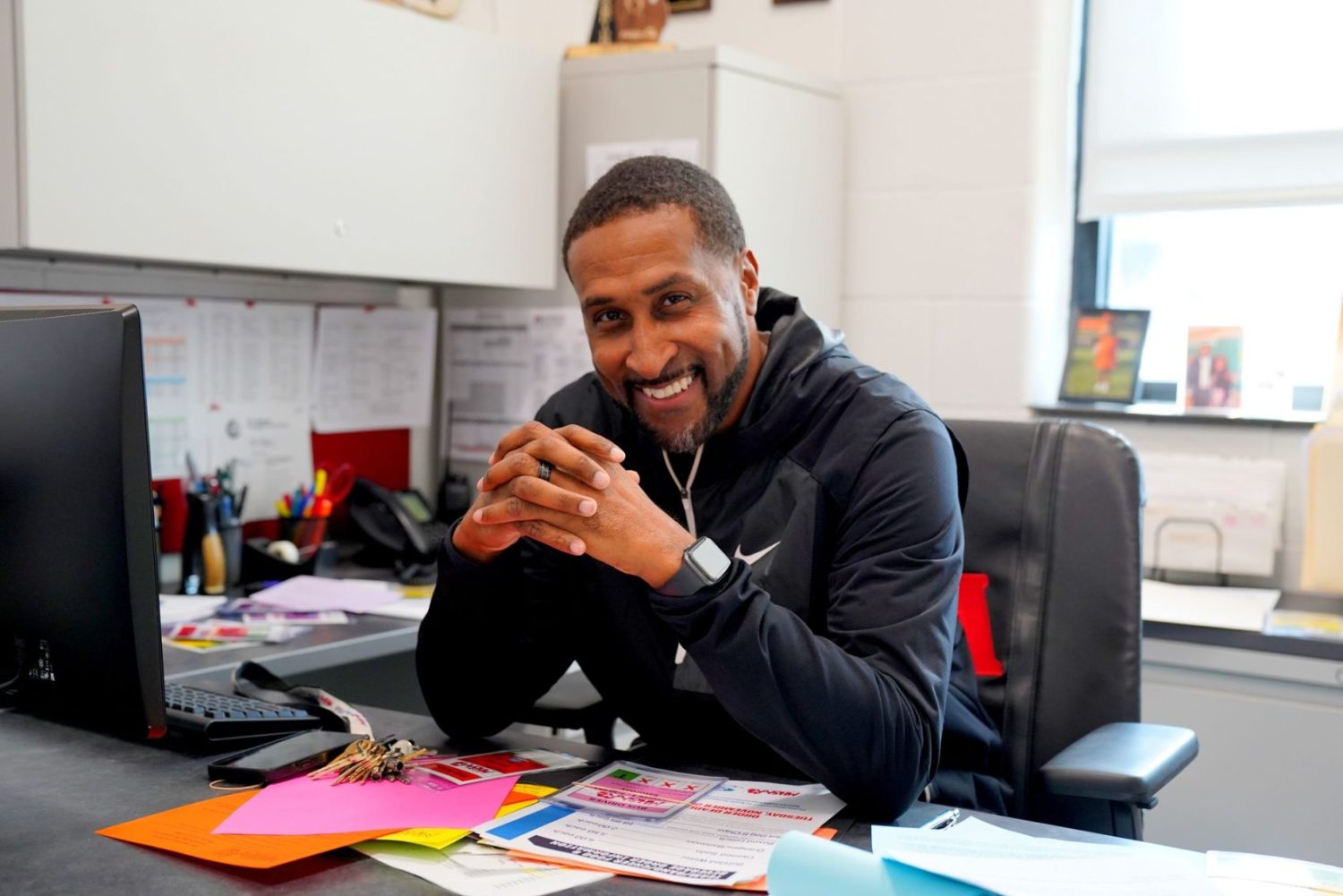 MUSKEGON–Muskegon High School athletic director Keith Guy has quite a dilemma this weekend.

But, it’s a good dilemma that any athletic director would welcome.

For starters, the Big Reds’ football team will be playing for a Division 3 state championship in football. That game is 7:30 p.m. Saturday at Ford Field in Detroit.

Then there’s the Big Reds basketball team, which Guy coaches, playing in a mega scrimmage at noon at Lansing Waverly.

Finally, Guy’s son, Cameron Martinez, will be playing on the big stage when the Ohio State Buckeyes take on the Michigan Wolverines at noon Saturday in Columbus.

“Sign me up,” said an excited Guy from his office on Monday afternoon. 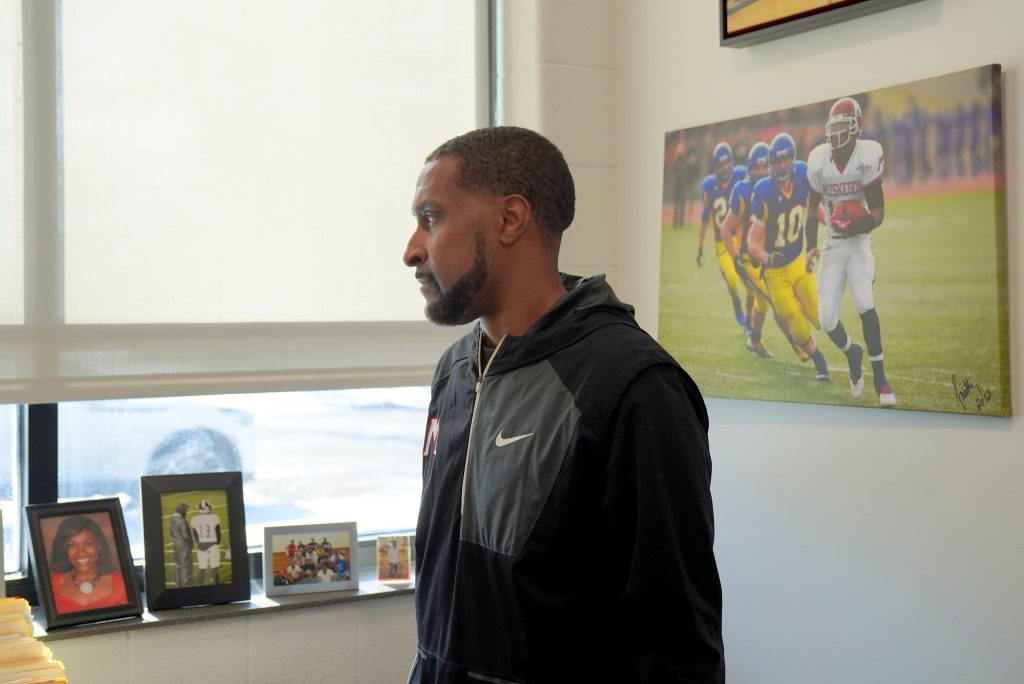 Guy and his athletic staff are busy this week getting all the last-minute details for a variety of sporting events, and with the girls’ basketball season on the horizon next week with a new coach, things will not lighten up. Besides, it’s just a two-day week prior to the Thanksgiving break.

“The staff here is incredible to work with,” said Guy. “They are so instrumental in getting things prepared and in order around here. Without the staff that we have, a lot of things just would not happen in an orderly fashion.”

Guy is involved with the Big Reds preparing for the biggest football game of the season.

“I try to take as much off of Shane’s (Fairfield Muskegon coach) plate as possible,” Guy said. “Whatever I can do to lessen the pressure off of him, I am willing to do.”

The Big Reds secured two practice sites for this week leading up to the Saturday championship game.

Monday afternoon, Muskegon was scheduled to practice at the Sport Haus and again on Thursday and Friday. Tuesday and Wednesday they will practice indoors at Grand Valley State University.

Guy and his staff, along with MHSAA, won’t have to worry about lodging. Fairfield wants things to be as normal as possible on game day. The Big Reds will travel to Ford Field on Saturday and back home after the championship game.

After the Big Reds opened the season 3-2, many were wondering if Muskegon would even earn a playoff berth. Guy has been extremely pleased by what he has seen.

“Anytime you are playing football in November that’s a great thing,” said Guy.

Guy made the decision that it is in his best interest to forego “the big game down south” at Ohio State to watch his son Cameron do battle against Michigan.

“We’ve talked about it and everybody is good with my decision,” Guy said. “The rest of the family will be there.”

So, Guy will head off to Lansing Waverly on Saturday morning with his basketball team for a scrimmage. The regular season begins in two weeks.

In normal conditions, being an athletic director is a full-time job with many duties attached to it.

Keith Guy gets to wear three hats this Saturday; athletic director, basketball coach and a father of a son playing for the Big Ten East Division football title. 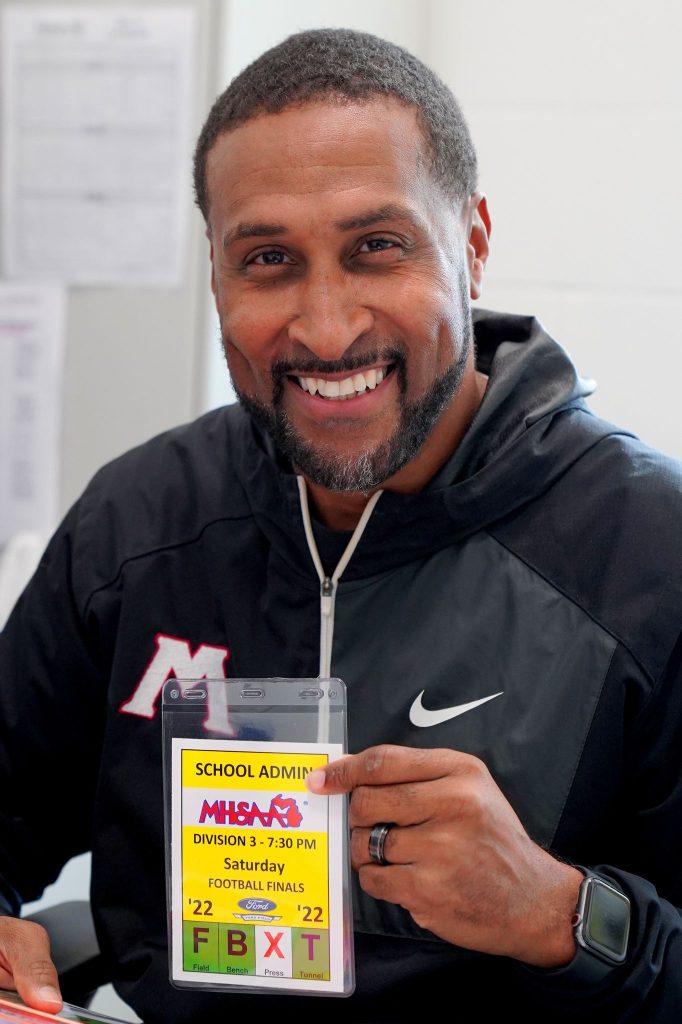 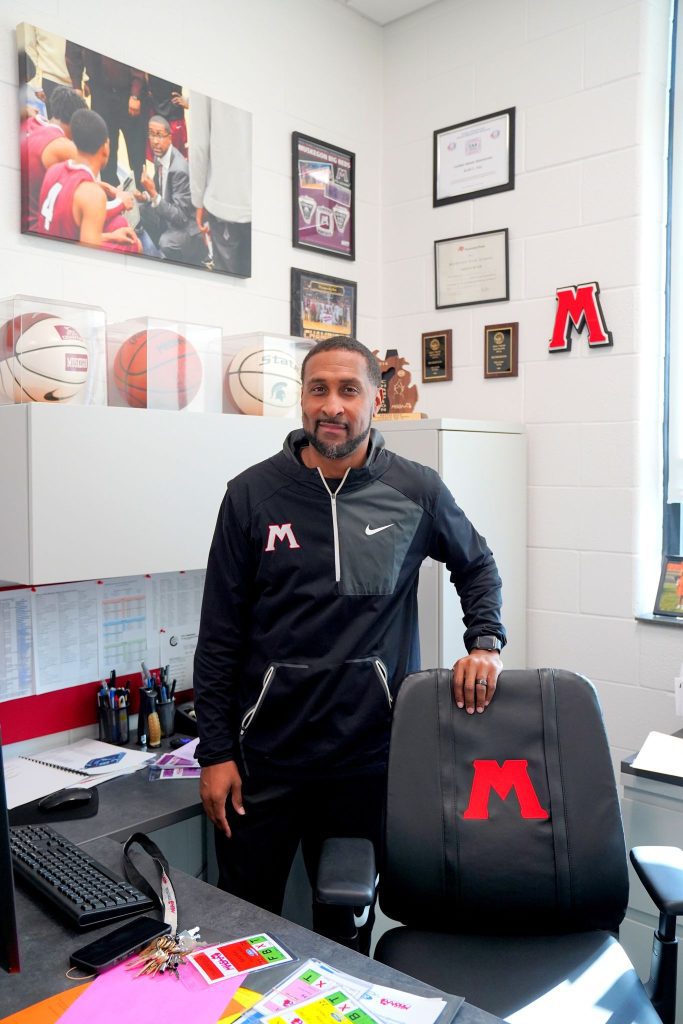 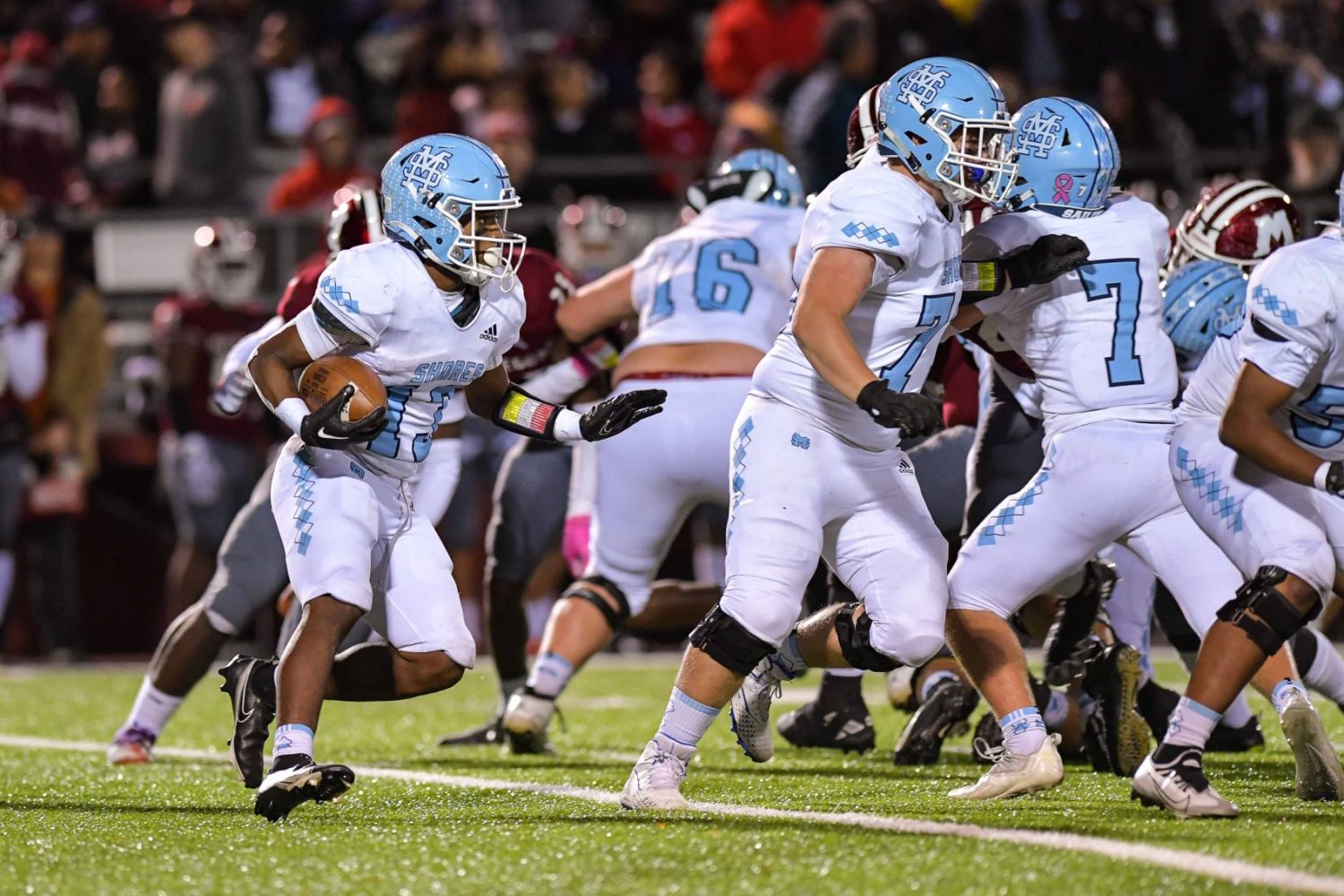 Newaygo gets shut out by Big Rapids 37-0 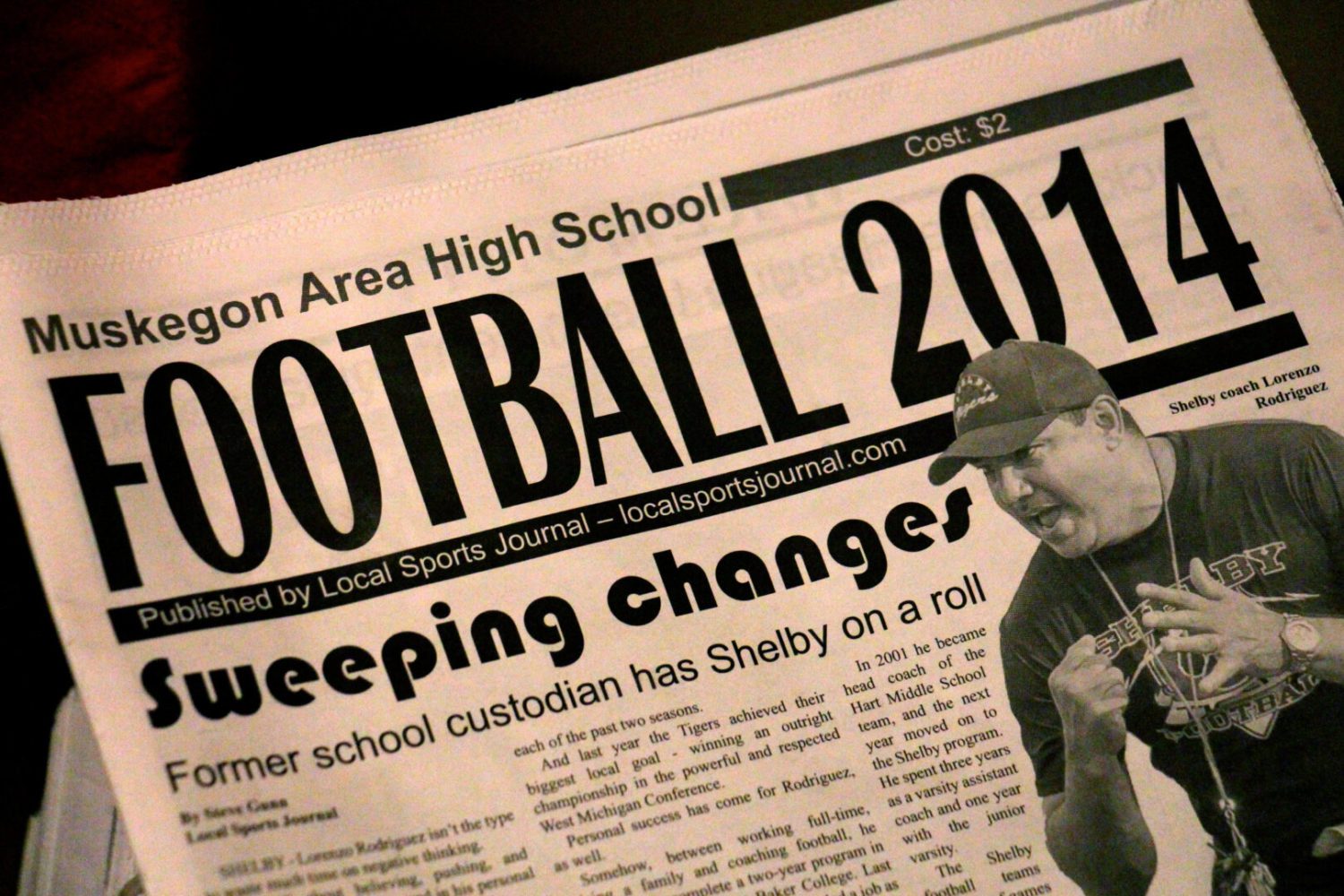 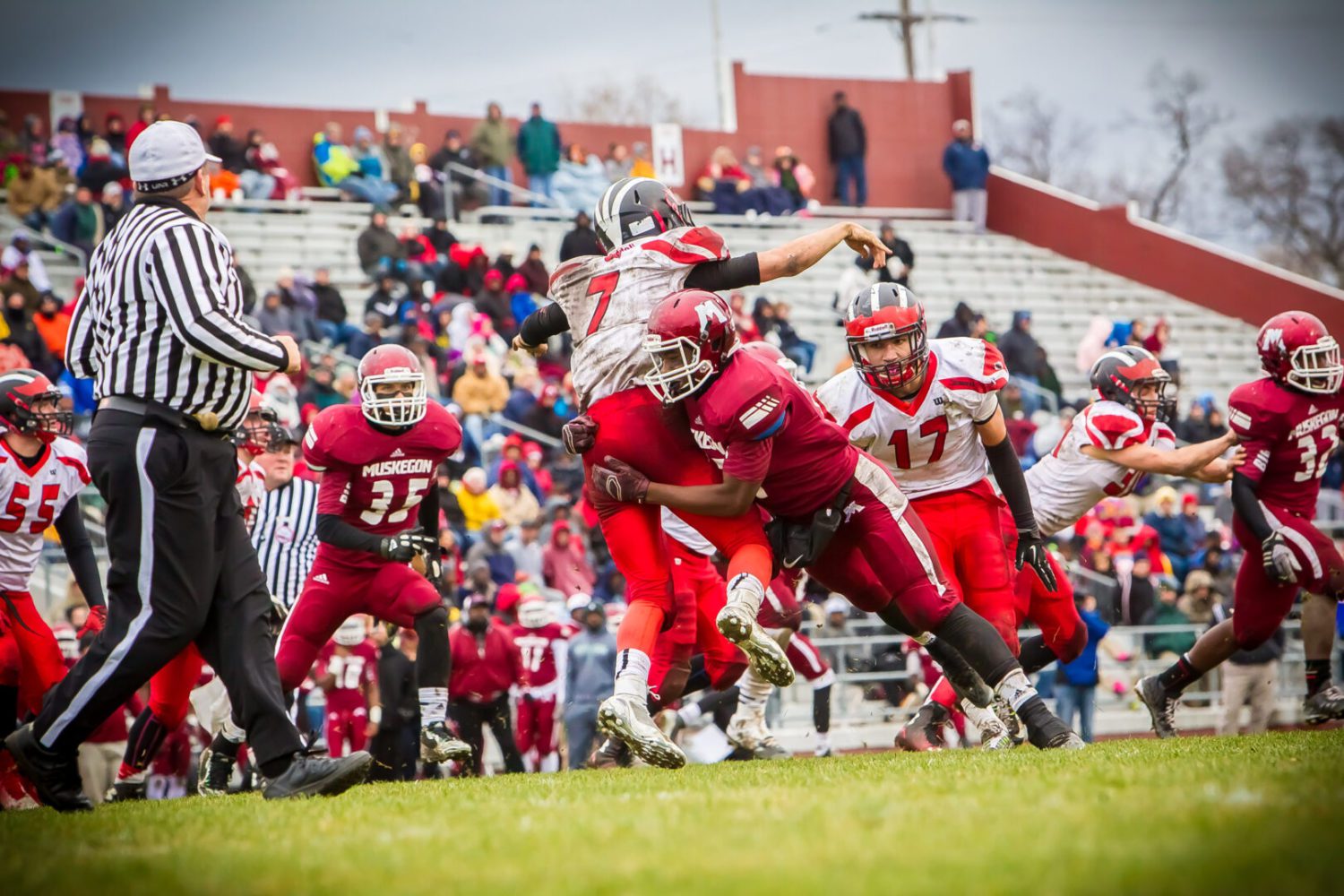