Ford Field is not a haunted house 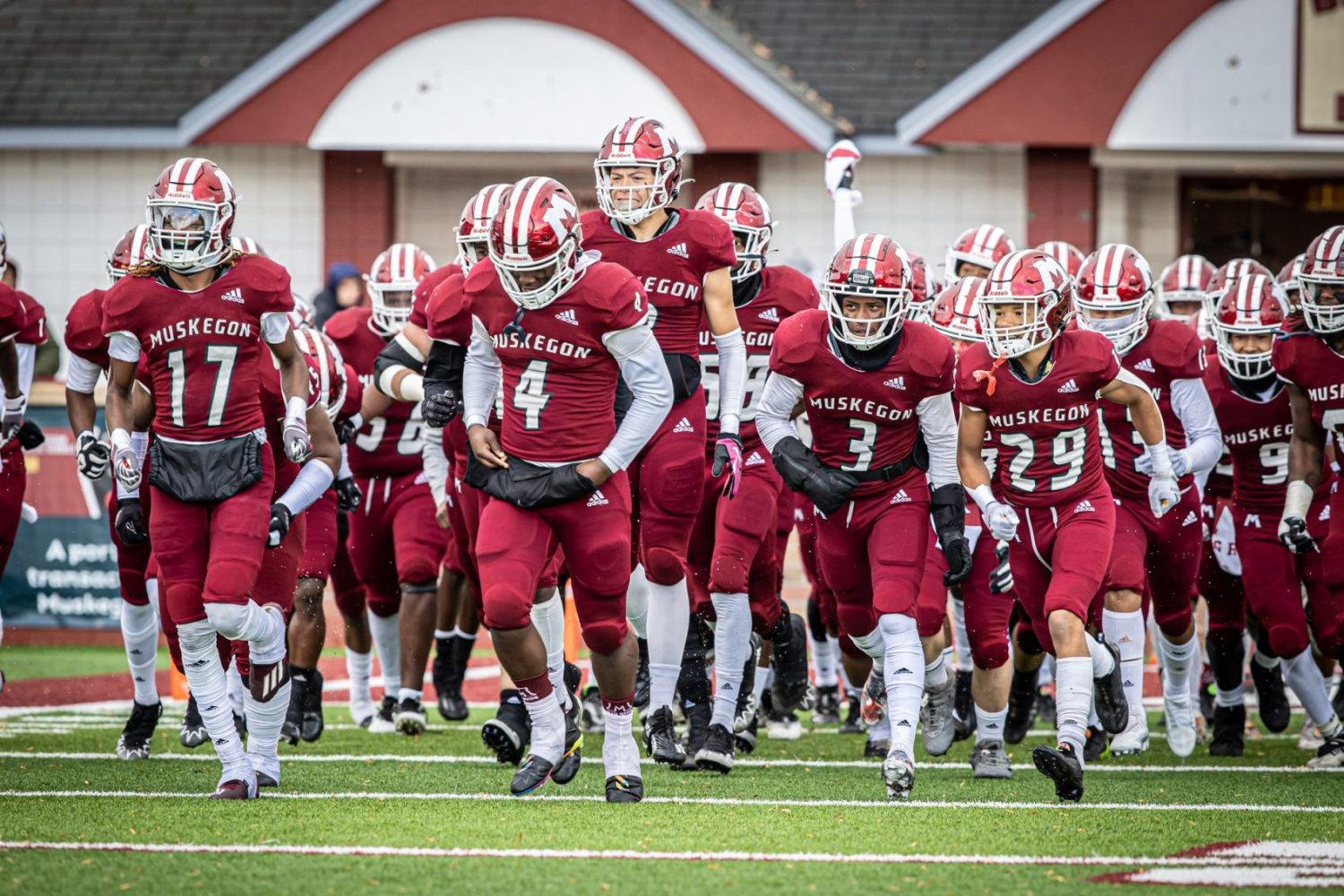 MUSKEGON–McKamey Manor in Tennessee is considered the scariest haunted house in the country, featuring intense audio and lighting, close contact with creatures and graphic scenes of horror.

Just to go through it, guest must sign a 40-page waiver, watch a two-hour video, pass a physical and create a safe word.

Muskegon football fans have experienced their own “house of horrors” at Ford Field in downtown Detroit over the past 11 years – sans the evil clowns and undead mummies – but often ending with a plethora of heartache and tears.

The Big Reds are the winningest high school football team in state history and it’s not even close. The snowy rout over DeWitt in Saturday’s Division 3 Semifinals was the 888th win in 128 years of football dating back to 1895 (no other Michigan school even has 800 wins).

Coach Shane Fairfield has added to that win total at a faster rate than any other Muskegon coach, and has now guided his team to Ford Field eight times in the past 11 seasons.

I need to say that again for those standing in the back: EIGHT STATE CHAMPIONSHIP GAME APPEARANCES IN THE PAST 11 SEASONS!

The only problem is that Muskegon has only won one of those past seven finals, a 28-10 win over Farmington Harrison and legendary coach John Herrington back in 2017.

That 1-6 finals record for a program that knows nothing but winning leads normally rational people to start asking irrational questions like: Is Ford Field haunted? Are the Big Reds cursed? Did someone put a spell on our boys?

Throw out all of that hocus pocus. 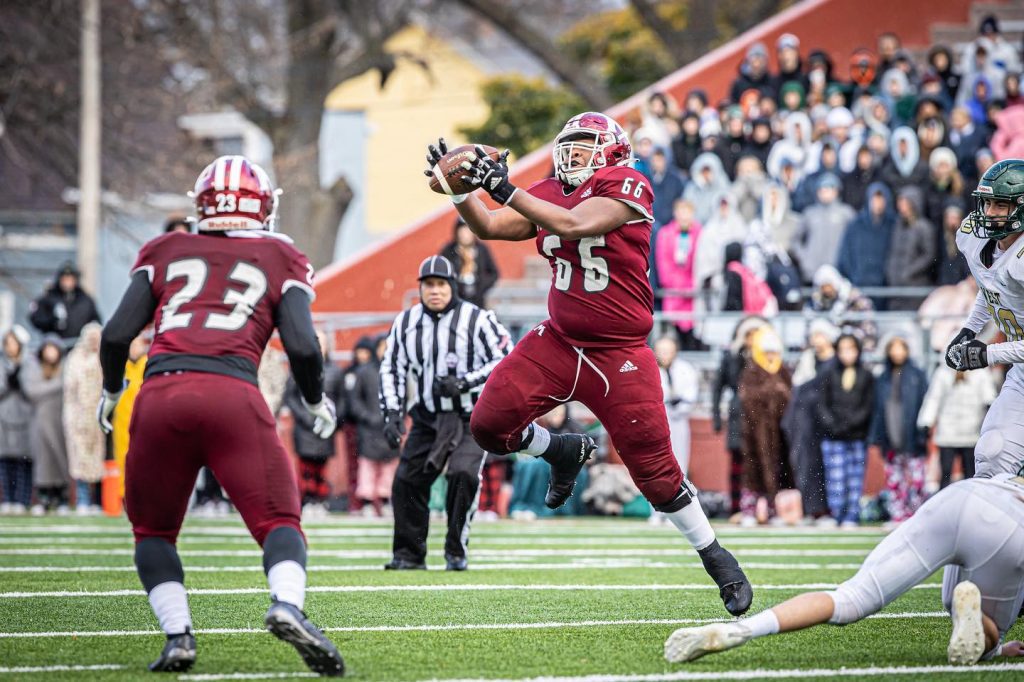 Each time they arrive, the Big Reds’ opponent is a Detroit-area all-star team of some ilk.

Each time I start putting together my pregame material, I am absolutely flabbergasted by the number of Division I recruits on the other sideline.

By means of comparison, Muskegon has no Division I commits.

But, thankfully, football games are not played on recruiting sheets, and Muskegon has lost three of those championship games in shootout fashion (twice to Brother Rice and once to King), two heartbreakers to Orchard Lake St. Mary’s (the most painful was the 29-28, last-minute loss in 2016) and just one flat-out bad performance (a 30-7 loss to River Rouge in its last finals appearance in 2019).

Given all of that, I fully expect the state media to pick King to prevail on Saturday night and send Moore, a 5-star rated quarterback, off with a second-straight state title.

King, which is playing in its sixth title game in the past eight years, has a 4-1 record in its past five appearances. 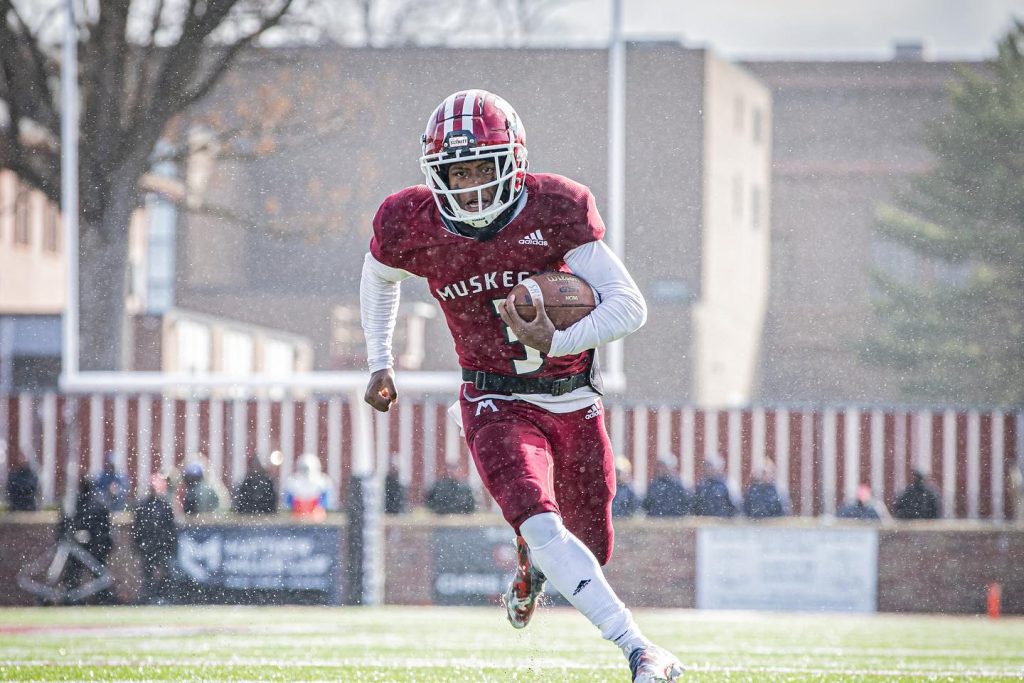 The lone loss in that stretch came in 2019 against Brady Rose and Mona Shores, which exposed the Crusaders’ Achilles heel – a small, fast running quarterback.

Muskegon junior quarterback M’Khi Guy (5-8, 155) certainly fits that mold, and he is coming off a semifinal performance that can certainly be described as “Rose-esque,” with 341 rushing yards and six rushing TDs. If Coach Tyrone Spencer restructures his defense to stop Guy, Muskegon has two other legitimate game-breakers who can make him pay in fullback Jakob Price and slotback Destin Piggee (something Muskegon did not have in 2019 alongside Cameron Martinez).

But perhaps the biggest difference I see in this year’s Muskegon team is a young, healthy, hungry, energized team that is playing its best at the right time – unlike some of the aforementioned Big Red teams which peeked too early and chugged into Ford Field on fumes.

Will all of this be enough to overcome King’s loaded roster? You will have to wait and check out my upcoming picks column for a prediction.

For now, I will leave you with a couple of final points:

Ford Field is one of the best modern venues for football in the country, NOT a haunted house, and …

The Big Reds ain’t afraid of no ghost.