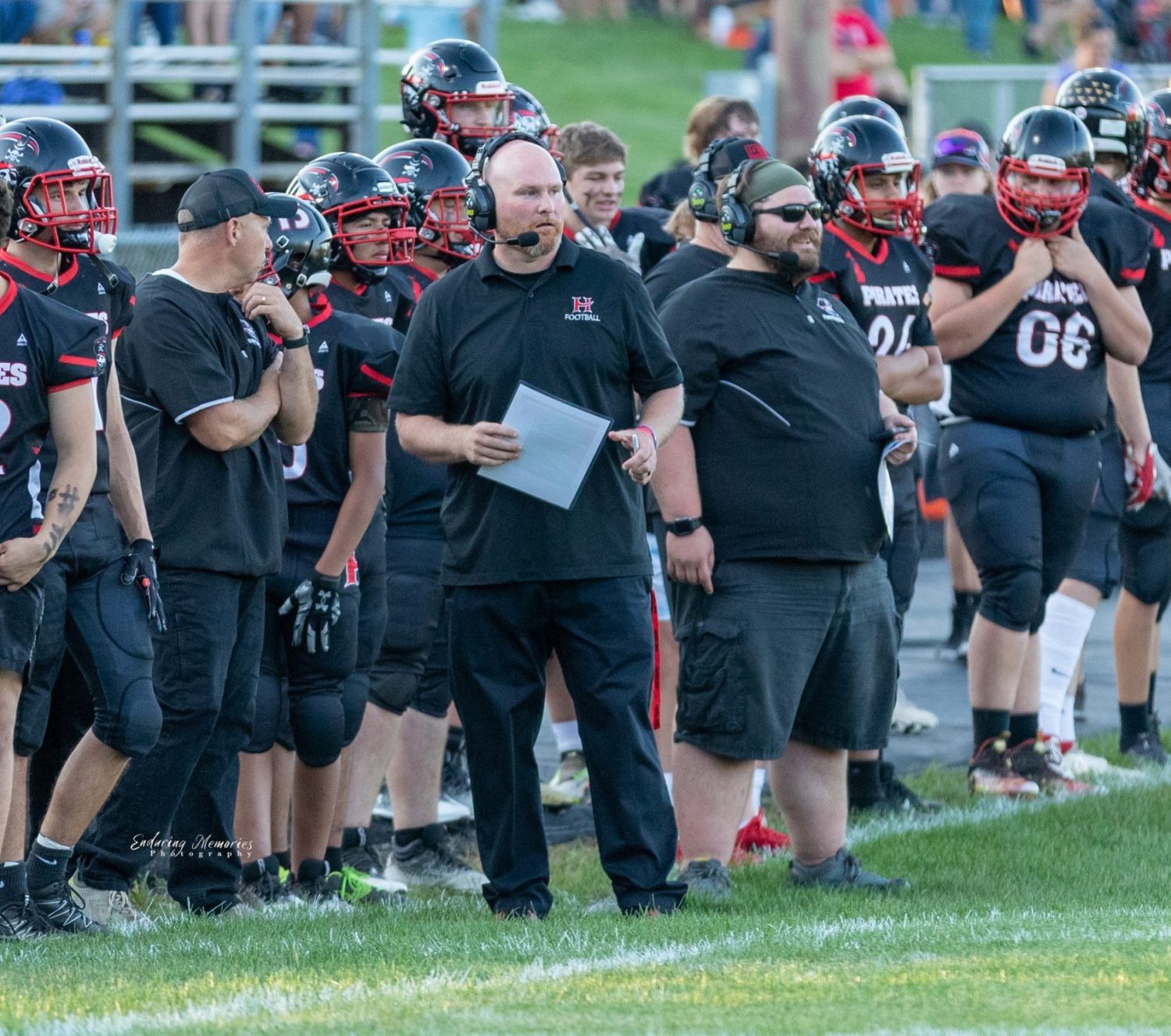 In the past, the losses far outnumbered the victories, but that’s beginning to change.

“We’re excited seeing some of the success in the wins and losses column,” Hertzler said. “As far as our athletic program, we’ve been working for a number of years trying to build a solid program.

“Three things that we’ve been pushing with the coaches in our programs is we have to teach kids to have a growth mindset,” he said. “Kids have gone through Hart in the past when games have been lost before they even started because they didn’t believe they could win.

It’s a change in attitude that is moving the Pirates forward.

‘We want kids to believe they are able to do things they’re not able to do now, that they are continuing to work at ‘How do we improve? How do we get better?'”

Hertzler’s second part of the process is what he calls “Praise the Process,” whereby everyone understands that the things that are done every day leads to long-term success.

As an example, if a basketball player makes a handful of  3-point field goals in a game, the focus should be on what he did to prepare himself for that moment — like showing up early for practice and taking extra shots. And, not just a celebration of the 3-point makes.

“For myself, and our coaches, we’ve been working hard on what we call wise leadership,” Hertzler said. “We want everyone to maintain high expectations with their kids and to have good relationships. So we’re not just pushing them to try to get better, but we’re also connecting with them, understanding who they are and what they like and dislike.” 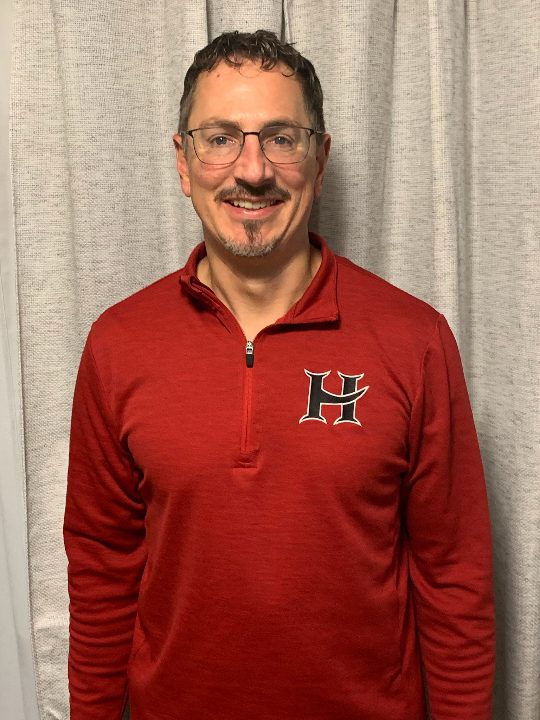 It certainly looks like it is starting to pay off.

Up until the last couple of years, it’s been primarily the cross country program and wrestling that have garnered most of the attention on the big stage for the Pirates.

The Pirates girls cross country team went into this fall’s Division 3 state finals looking for its sixth straight state title, but wound up falling short, while the boys captured the crown for the first time in their history.

No team, either boys or girls in any division, has ever won six consecutive state titles. The question now will be, can the Pirates start another run at it? And will longtime cross country coach Terry Tatro hang around long enough to see it happen?

“We’ll have a good boys and girls team next year and I anticipate sending two teams back to the state finals,” Tatro said. “I am really blessed. Our kids are some of the best students in the school. They are great kids and we have good teams both on the field and in the classroom.”

Meanwhile, the Pirates’ wrestling program also has competed at the highest level, whether as a team or as individuals, for a number of years. A foundation is being built they hope to continue for years to come.

The Pirates won their third-straight regional title this year, before losing to Imlay City, 45-24, in the Division 3 quarterfinals. 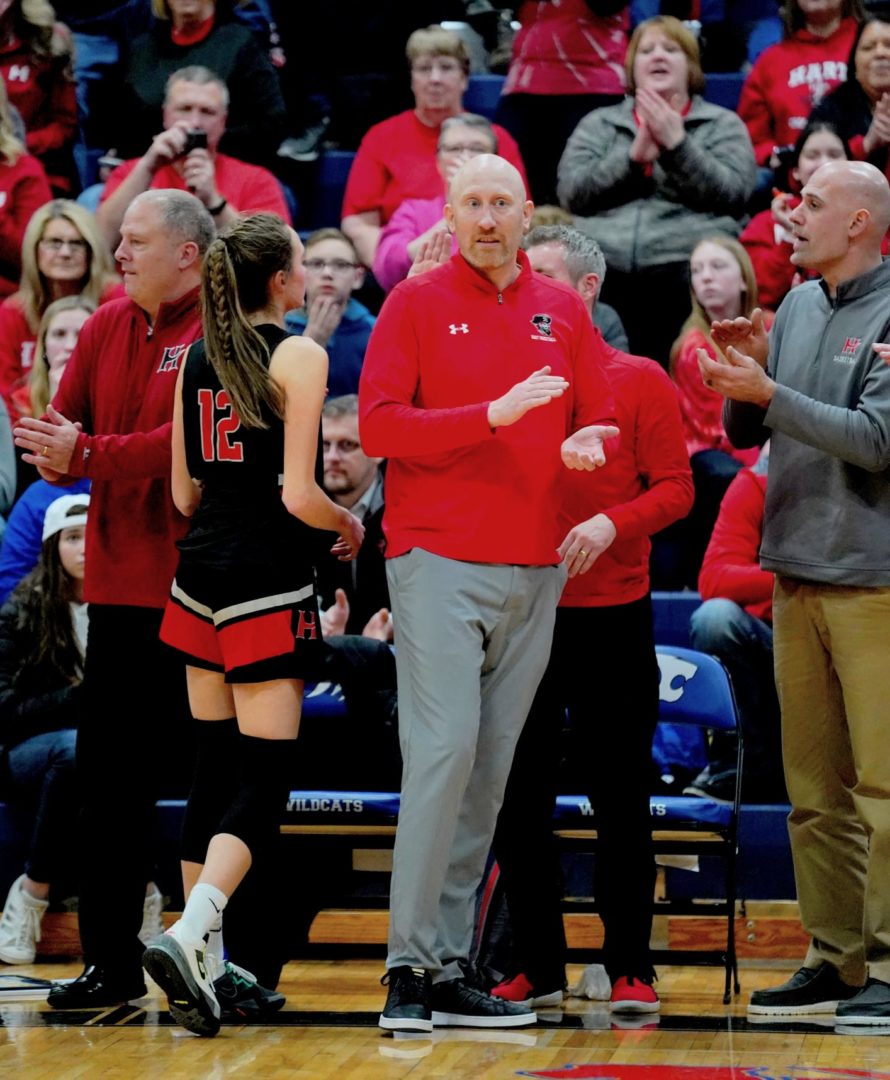 Now, other sports programs are beginning to step into the spotlight for Hart, beginning with the girls basketball team winning its first conference title in 29 years. That will help gain some respect in the conference.

It was only the latest milestone for the Pirates, who have been enjoying postseason success for some time now.

Two years ago when the Pirates hired Joe Tanis to coach the football team, Hertlzer told him that he could care less how many games he won, as long as he was building a program and building a solid foundation.

Hertzler added that he knew that would produce results.

The long downtrodden Pirates wrote a special chapter in their history this season, winning six games for the first time in 30 years and just missed the playoffs after finishing 6-2.

The boys soccer team rose up this season, posting a 13-7-2 record and reaching the Division 3 district finals for the first time in 10 years. Their season ended with a 3-2 loss to Manistee.

“We’ve been building this group for the last 3 years,” said Hart coach Joe Gilbert. “When you look at our record the last couple years, you see just steady improvement. The program was kind of adrift before I took over, and didn’t have a clear heading of where it wanted to go, and what it wanted to do.

“I think you really saw that come together with this group and they really helped define what it means to be a part of this team to the next group moving forward.”

Tony Rayo and Guillermo Ortega put up some impressive numbers this season, sharing the team’s assist record and helping set a high bar for the next group.

Gilbert added the team talks a lot about quality, being the best teammate and putting in the hard work necessary to be successful on the field.

Which is exactly what Hertzler wants.

Hart is going to have a bit of a reset next year, graduating nine seniors off this year’s squad and the wins might come much harder. But the foundation has been laid for more success.

Just like it has been for cross country, wrestling, basketball and football.

The process is working.