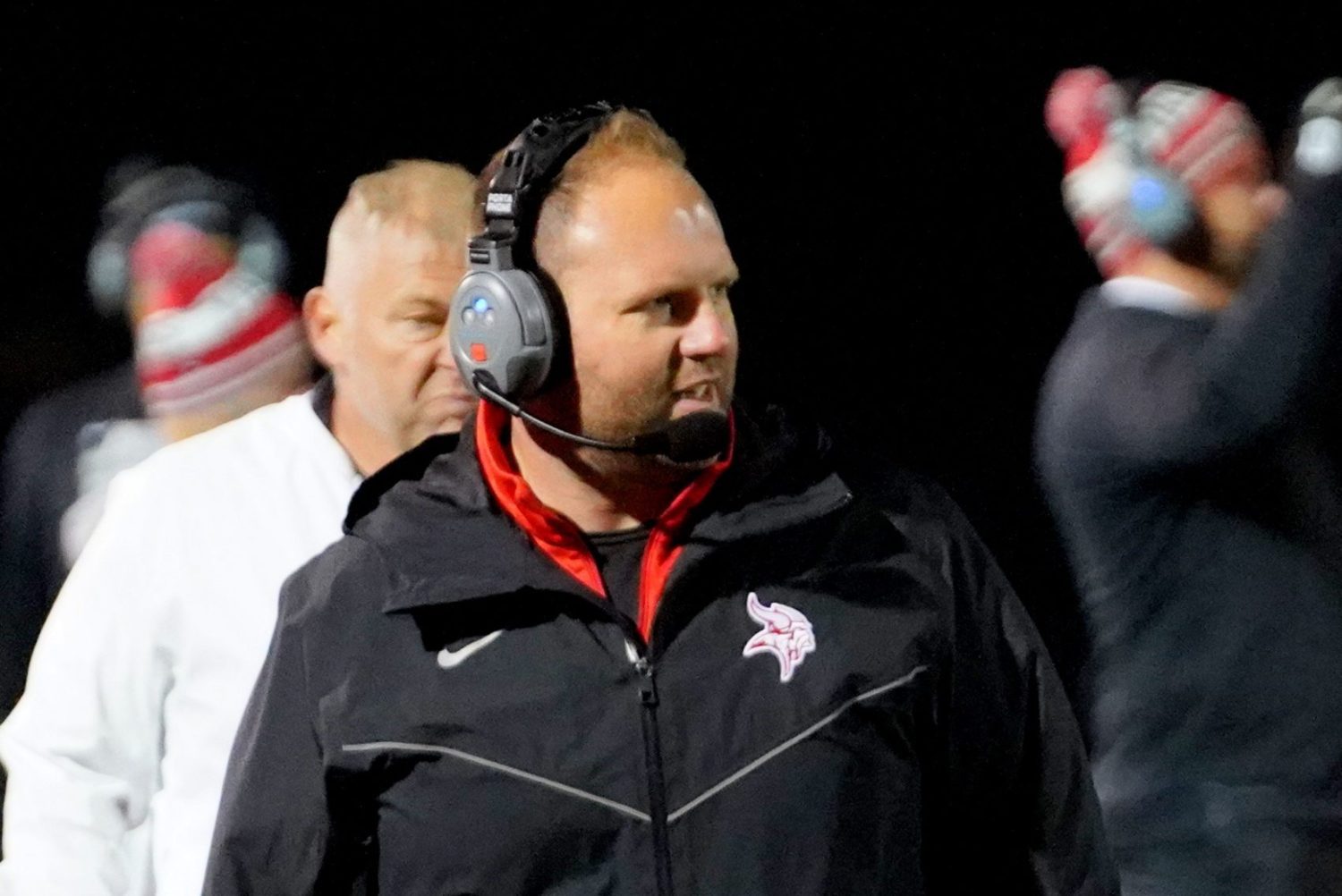 WHITEHALL — It’s the clash of the titans on Friday night when Fruitport and host Whitehall battle for a Division 4 district title.

Game time is set for 7 p.m. with the winner moving on to the regionals.

Both coaches were in agreement in describing their opponent.

“They’re a heck of a football team,” Fruitport coach Nate Smith said. “They have everything you want in a football team. They’ve got size, they’ve got speed, they have athletes all over the place and they are well coached. We have our work cut out for us.”

Smith said stopping the Vikings high-powered offense is going to be a challenge.

“They can throw the ball, they can run the ball, so we have to prepare for a little bit of everything,” Smith said. “(Defensively) I think they’ve run some different things based on the formations we’ve seen. They’ve done an odd front, kind of walk a guy down (and) give a little even front sometimes. They’re well versed. The tough thing is they’ve got athletes all over the place, so they limit the weaknesses.” 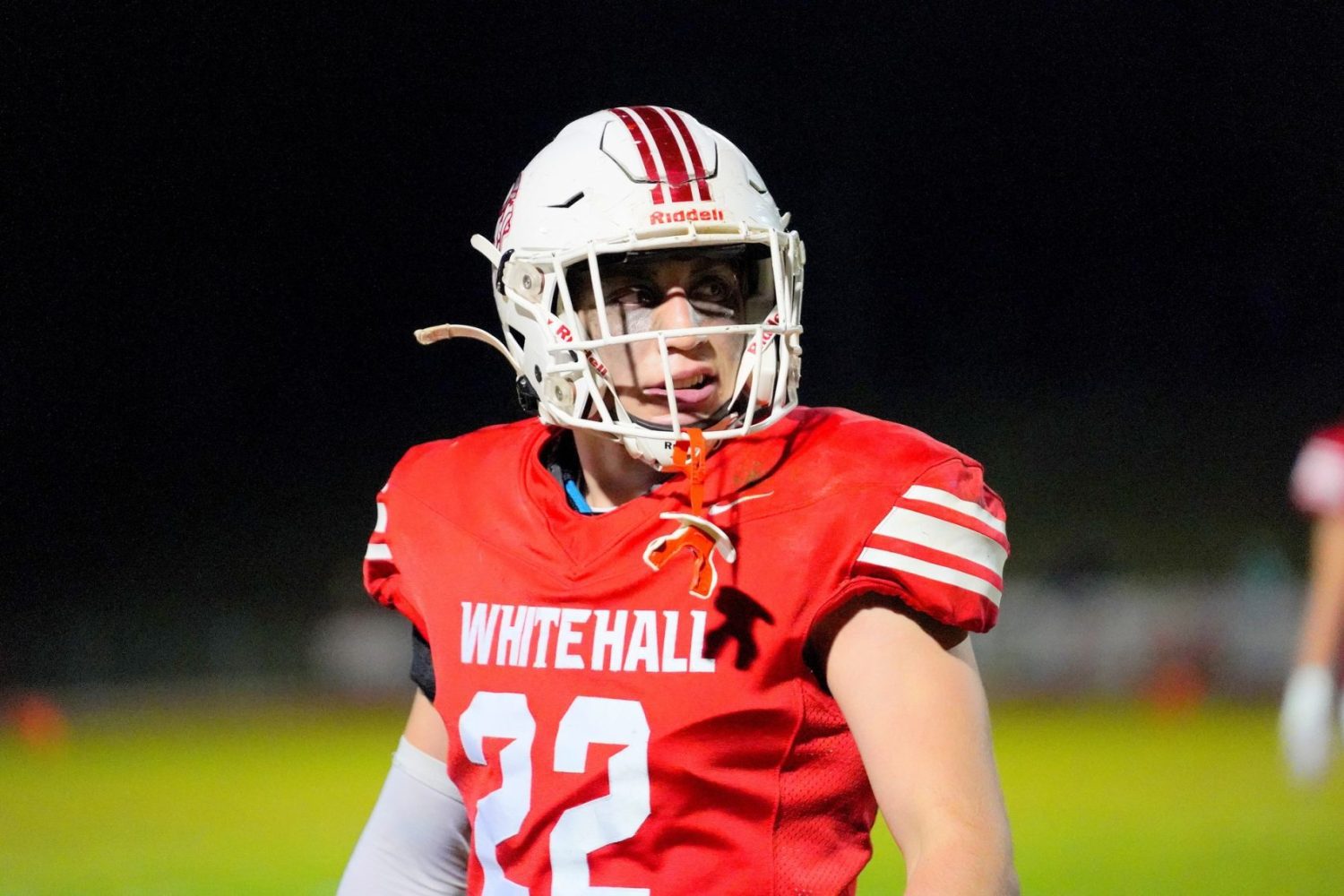 “They’re a spread football team, and they have some pretty dynamic playmakers,” Sigmon said. “In some cases, it’s kind of like looking in a mirror. They’re doing things at a very high level in terms of their option game. A lot more sets than we run, though. As far as that goes, you break it down into maybe two or three plays.”

On the other hand, the Vikings (10-0) are running six or seven different plays.

Sigmon also said the Trojans (8-2) have an offensive line with some bigger kids playing at a high level with a lot of confidence. They have been opening big holes for the Jolman brothers, Paschal and Colin, who are dynamic in their own right.

“Defensively, it’s really all about playing fundamentally sound football and being that way for four quarters and we have to be sure that we constrict rush lanes and passing windows as well.”

Watching Paschal Jolman run, Sigmon has come to the conclusion that the Trojans running back doesn’t need a hole, he just needs a seam. 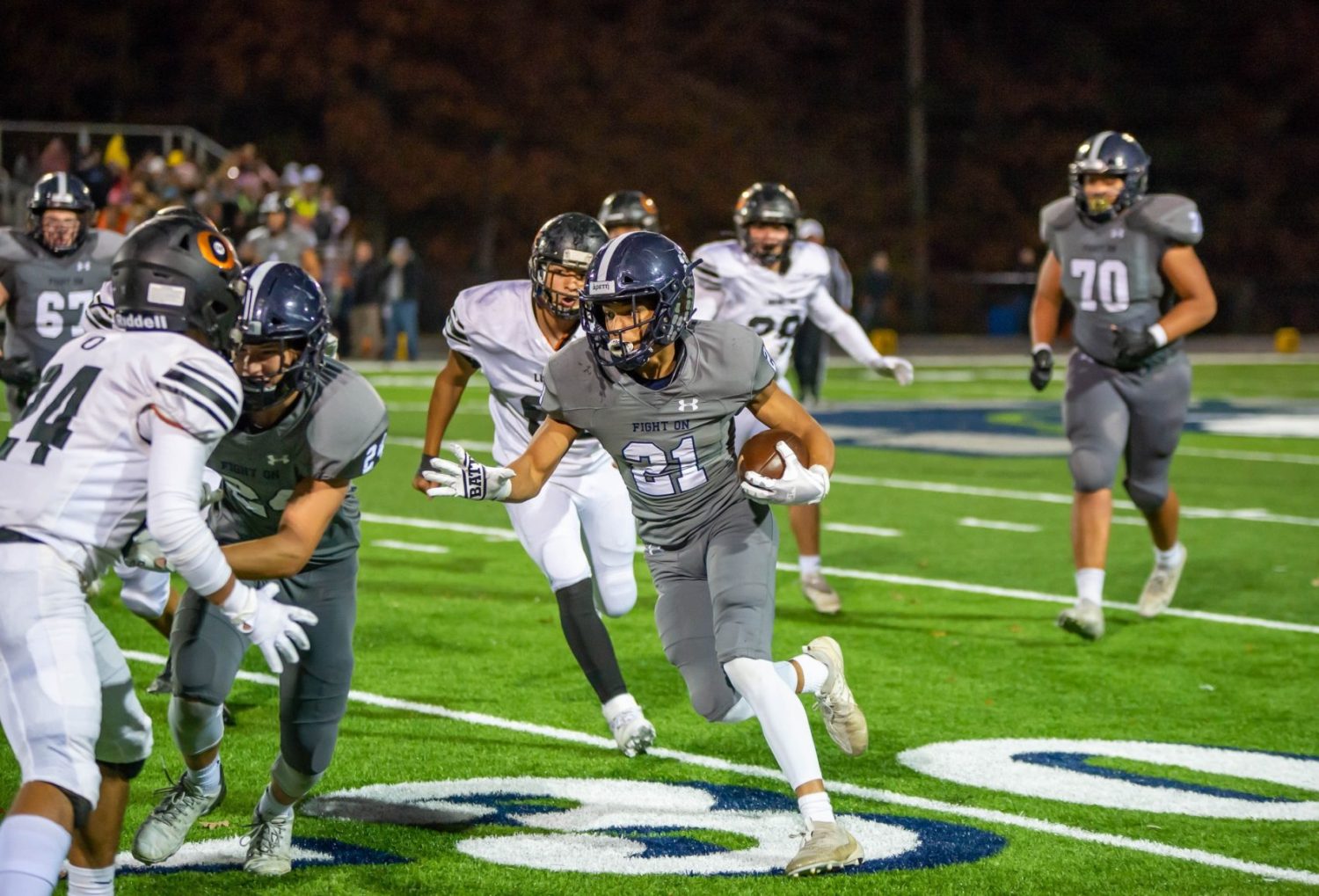 “So, it’s really important for us to make sure that we’re sure tacklers and that we’re also constricting those rush lanes as soon as possible,” said Sigmon.

Fruitport is very aggressive on defense, Sigmon said, with its blitzes and its man coverage.

“They’re playing to their strengths and they’re trying to create as much chaos as possible,” Sigmon said. “I think a lot of offensive linemen, and offensive schemes, have almost been like hurry up and wait to see what they’re doing in terms of defense. In doing so, teams have really kind have paid the price. They’ve been burned a couple times just because they’re being so aggressive, but by the same token, they are causing far more chaos for an offense.”

Fruitport comes in with a six-game winning streak, including a 54-28 triumph over Ludington in the opening game of the playoffs.

The Trojans have scored 427 points, a 42.7 points per game average. They tied for the OK Conference Blue Division title with a 6-1 mark.

Whitehall, champions in the first year of the West Michigan Conference Lakes Division, is averaging 50 points a game, with one forfeit win. The Vikings allow less than 10 points per game.

It’s the first time a Whitehall team has won 10 games in a season.

Quarterback Kyle Stratton runs the Vikings’ offense and has a big-time passing targets in Trannon Aylor and Ca’Mar Ready.

“For years now, we’ve been preaching it’s about us, and we have to win from within,” said Smith. “It starts from believing in yourself and then your teammates. Our guys have done a really good job focusing on what we’ve got to do to get better. Every week we know that everyone we play is going to put us in a situation where we can’t play our best.”

While the Trojans will come in as the underdogs, they’re not concerned with that.

Meanwhile, the Vikings have played, and beaten, seven teams that made the playoffs and several of them are in the district finals this week.

The winner advances to the regionals against the winner of the Hudsonville Unity Christian-Grand Rapids South Christian game, which also is being played at 7 p.m. Friday.