King of Pain … An up-close look at Martin Luther King, which is 1-6 all-time against Muskegon 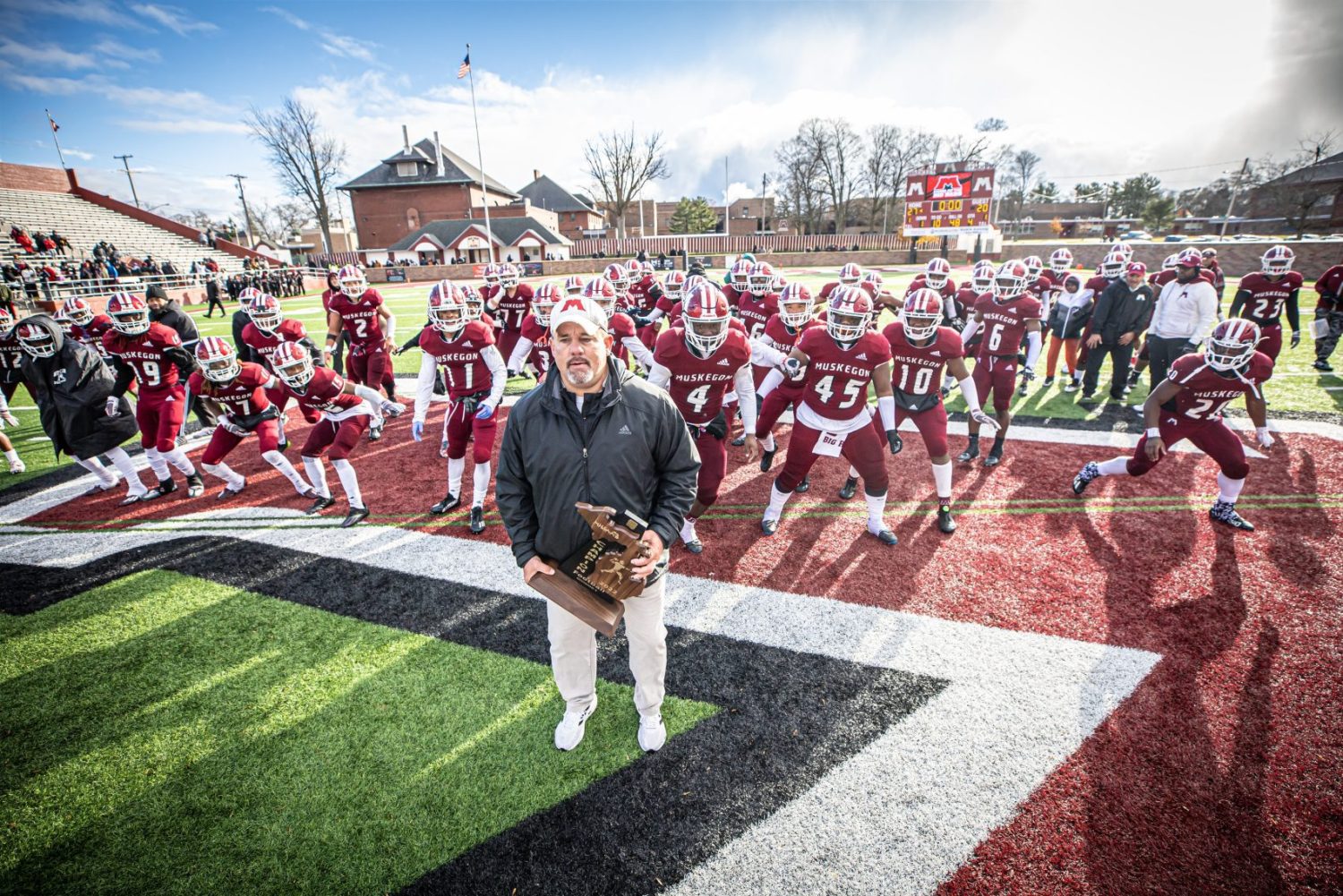 MUSKEGON–Here is everything you need to know about Muskegon’s opponent in the Division 3 state championship game at 7:30 p.m. Saturday at Ford Field in Detroit:

Playing up: King is actually a Division 4 school with 764 students, but elected to play up in Division 3 this season.

What Muskegon needs to do defensively: First and foremost, Muskegon must find a way to get pressure on Moore. Look for long junior defensive ends Stanley Cunningham (6-5, 190) and Terrance Davis (6-6, 205) to try and use their height and long reach to disrupt Moore. Senior cornerbacks Amariyan Glover (5-10, 155) and Kingston Blackmon (5-7, 160) have been outstanding run-stuffers the past few weeks, now they will have to come up big in coverage.

Defensive standouts: Senior DE Kenny Merrieweather (6-3, 235), who has committed to Iowa, has been a problem for every offense this season. Merrieweather has registered 13 sacks. Croft is a dominant defensive back who has eight interceptions, including two last week against Mason. Senior safety Tim Ruffin (5-9, 150) leads the Crusaders with 63 tackles.

What Muskegon needs to do offensively: Look for MLK to do what River Rouge did so successfully against Muskegon in 2019 – jam the area between the tackles to take away running lanes for QB M’Khi Guy. The Big Reds then have two options: run the ball on the edges (Destin Piggee or CJ Ivy) or throw the ball down the field to Piggee or wideouts Aly’juan Paris (6-1, 160) or Da’Carion Taylor (5-11, 160).

Intangibles: King’s defensive tackles are massive, but in 2019, diminutive Mona Shores quarterback Brady Rose repeatedly squirted past them before they knew where he was. Look for Guy to try and do the same, not for huge gains, but for short, positive runs.

What to expect: On paper, it looks like the offenses should dominate – with Muskegon historically struggling against strong passing teams and King getting torched by small, fast quarterbacks. The defense that gets a few stops – or causes a few turnovers – might be the team that prevails.