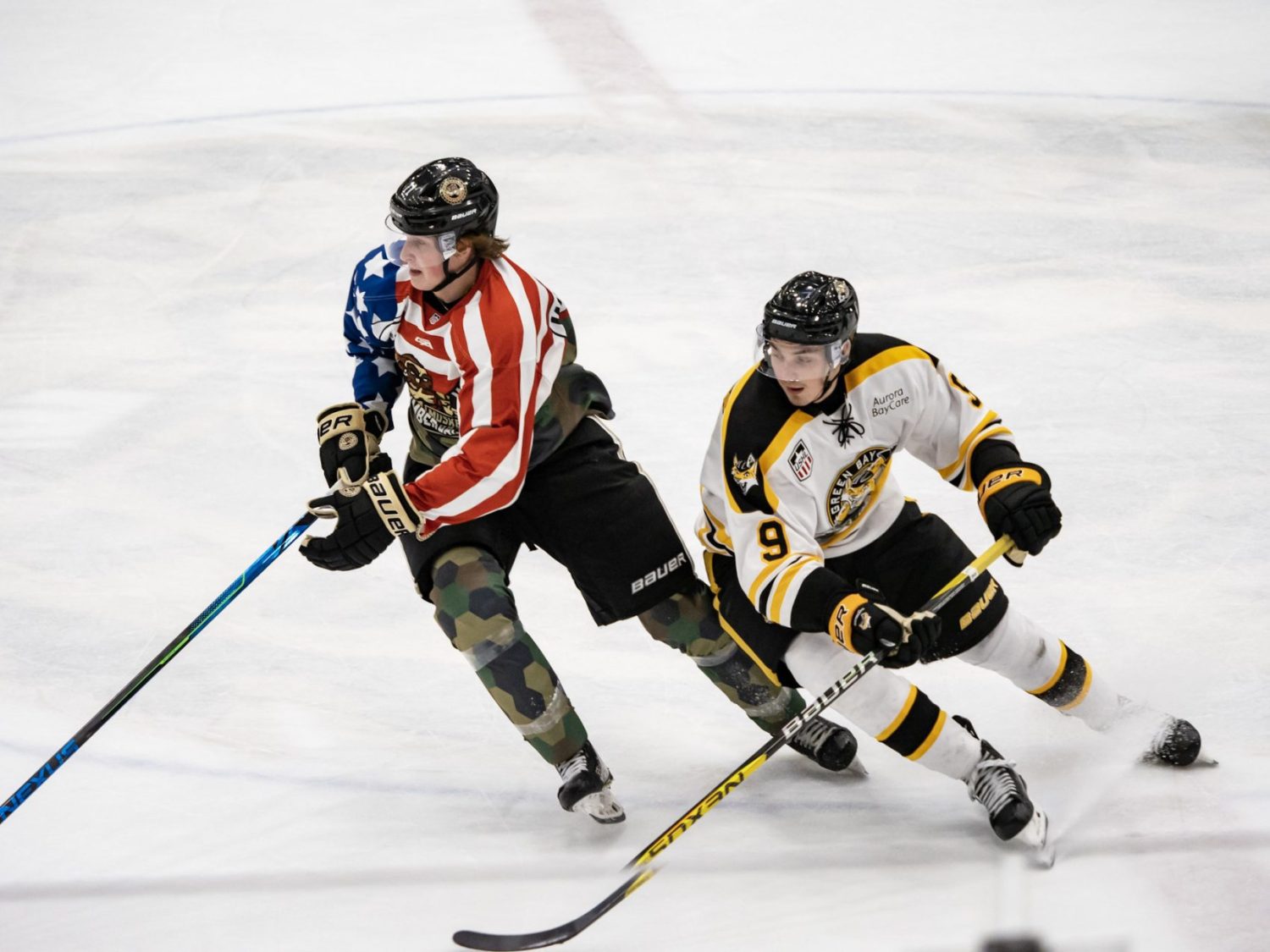 The Muskegon Lumberjacks overcame a 2-0 deficit and scored three unanswered goals in a 3-2 win over Green Bay at Trinity Health Arena on Friday night.

Muskegon’s David Hymovitch connected on an early third-period goal off the assist from Michael Callow.

The Hymovitch goal reversed a Lumberjack deficit that started in the first period and went midway through the second.

The Lumberjacks fell behind on Green Bay goals from Nicholas Vantassell and Michael DeAngelo.

Jake Richard and Owen Mehlenbacher turned the game around for Muskegon, each netting goals a minute apart.

Richard put Muskegon on the board with his seventh goal of the season, getting the tally off the Mehlenbacher assist.

One minute later, Mehlenbacher tied the score off an unassisted goal for an exciting 2-2 Muskegon tie.

Muskegon was outshot by Green Bay by a narrow, 30-29, as goalie Noah Rupprecht posted the win with 28 saves.

The Lumberjacks improve to 7-5 overall for the third-place spot in the Eastern Conference behind first place Chicago.

Muskegon hosts the Gamblers again on Saturday for a 7:10 puck drop.